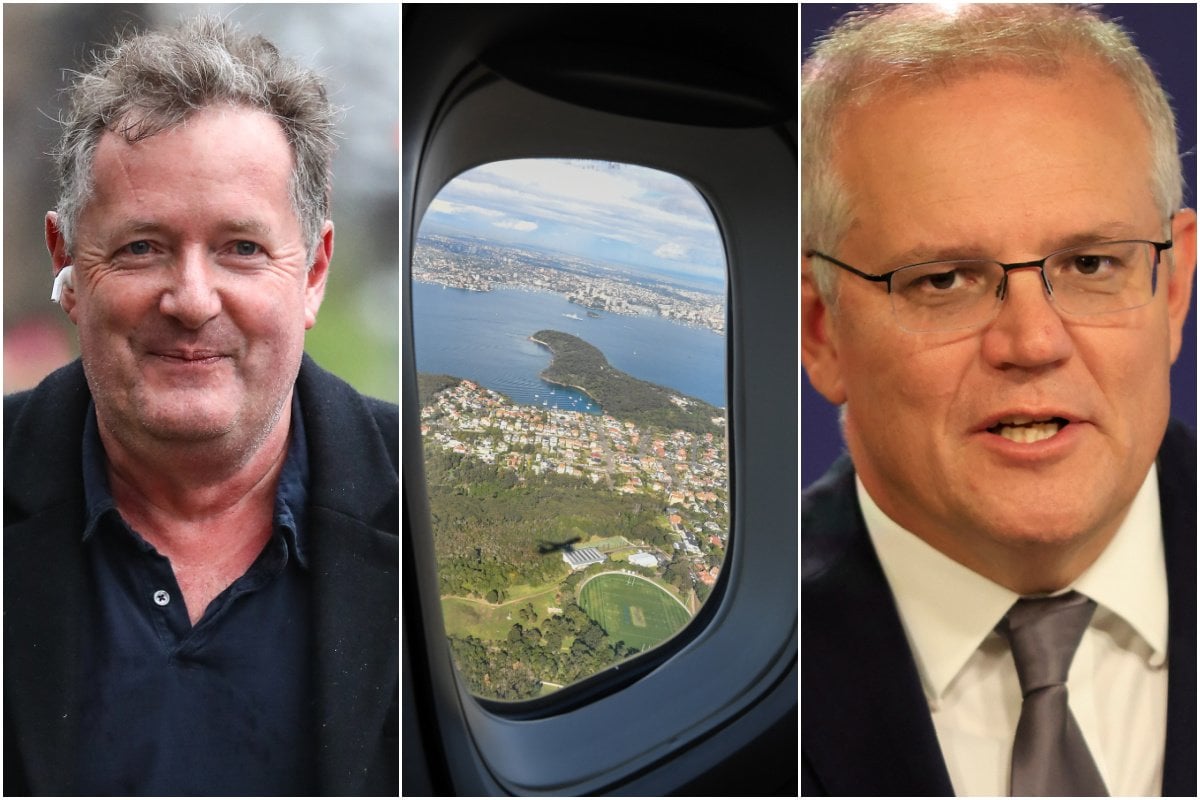 Half-price flights in $1.2b tourism rescue.

Half-price return flights to more than a dozen regional tourism destinations will be offered across Australia to save two ailing industries.

The Morrison government will on Thursday unveil its $1.2 billion tourism and aviation rescue package designed to ease the pain when JobKeeper wage subsidies end this month.

An estimated 800,000 government-subsidised tickets will be offered over the scheme's duration which includes the Easter and winter school holidays.

Airline tickets will be sold at half price to 800,000 travellers in a federal bid to help the tourism industry survive the pandemic by encouraging more Australians to book flights. https://t.co/8JuUfEhDGX

Return flights to eligible locations will receive a 50 per cent discount between April 1 and July 31.

Initially, the government has listed Gold Coast, Cairns, the Whitsundays and Mackay region including Proserpine and Hamilton Island and the Sunshine Coast in Queensland.

Lasseter and Alice Springs in the NT, the Tasmanian towns of Launceston, Devonport and Burnie, Broome in WA, Avalon near Melbourne, Merimbula in NSW and SA's Kangaroo Island are also included.

Morgan left the breakfast show after an on-air row with a colleague who criticised him for "continuing to trash" the duchess after earlier this week saying he "didn't believe a word" of Meghan and Prince Harry's Oprah Winfrey interview.

PA understands the duchess' concern was not about the attacks on the validity of her racism allegation made against the royal family or her claims she was not supported by the institution when experiencing thoughts of self-harm.

Piers Morgan's departure reportedly came after ‘a formal complaint was lodged with ITV on behalf of Meghan, Duchess of Sussex after the broadcast’. https://t.co/PaAFDxhQ9I

The complaint is understood to focus on how Morgan's comments may affect the issue of mental health generally and those attempting to deal with their own problems.

ITV bosses had asked Morgan to apologise to the duchess during Tuesday's show but he refused, the Telegraph newspaper reported.

Speaking from outside of his London home Morgan repeated his comments about the duchess: "If I have to fall on my sword for expressing an honestly-held opinion about Meghan Markle and that diatribe of bilge that she came out with in that interview, so be it."

A key crossbench senator has warned Scott Morrison the Christian Porter saga will become an "albatross around his government's neck" unless action is taken.

Independent senator Rex Patrick holds a crucial vote on the government's industrial laws which the government is hoping to get through the upper house as soon as possible.

Mr Porter, the attorney-general and industrial relations minister, will miss parliament next week as he deals with mental health issues arising from an allegation of historical rape which he strongly denies.

Next Thursday is the last Senate sitting until the May budget.

Prime Minister Scott Morrison has been resisting calls for an independent inquiry, saying NSW police have declared the case closed and Mr Porter is an "innocent man under our law".

A group of high-profile academics has referred the attorney-general to the Legal Practice Board of Western Australia.

The Attorney-General is now being referred to the Legal Practice Board of WA by a group of high-profile academics, according to @LaTrioli.

The CEO of MinterEllison the country's largest law firm has reportedly been asked to stand down after emailing all staff last week to tell them the firm’s representation of Attorney-General Christian Porter had “triggered hurt” for her.

The Australian reports chairman David O’Brien reportedly told Annette Kimmitt her ser­vices were no longer required after a board meeting on Tuesday.

MinterEllison chief executive Annette Kimmitt will leave the law firm after its board decided her position was no longer tenable in the wake of an email she sent to staff. https://t.co/uZM7lWrghu

Prominent Australian women have inked an open letter to the prime minister, calling for the forthcoming federal budget to tackle gender inequality.

"We know that while inequality persists, true development and economic growth can never flourish," it says.

"While we have made some strides on gender equality over recent decades, we are still falling short for women in almost every workplace, including the federal parliament.

"Australia's post-pandemic economic recovery depends on finding ways to support and unlock economic growth and jobs. One way to do this is to unlock the productivity gains that come from increasing women's workforce participation."

The group is urging Scott Morrison to reinstate the women's impact statement in the May federal budget, which used to show the effect of decisions and reforms.

"Why was that important statement removed?" the letter asks. "We ask that this statement and the greater transparency it gives on the gendered impacts of the budget, be immediately returned."

Early learning should be on national cabinet's agenda, the letter says.

"The time is now. We urge you to move towards a better, more equal future."

No 'immediate' surgery plans for Andrews.

Doctors are yet to decide whether Victorian Premier Daniel Andrews will need surgery on his fractured spine.

A spokeswoman for the premier late on Wednesday confirmed there was no "immediate" need for spinal surgery, despite scans confirming a fracture of the T7 vertebrae in the middle of his spine.

Associate Professor Steve McGloughlin, the head of the intensive care unit at The Alfred hospital where Mr Andrews is currently a patient, said the premier was "comfortable and his pain is well-controlled".

Heartfelt thanks to the entire team at @AlfredHealth for taking such good care of me.

"A multidisciplinary team including intensive care, trauma and orthopaedic specialists has developed a treatment plan, together with the Andrews family," Prof McGloughlin said late on Wednesday.

"Mr Andrews has sustained some serious injuries, and his condition is being monitored closely. At this stage there is no immediate plan for surgery."

A government source, however, told AAP there remains a "50-50 chance" Mr Andrews will require surgery.

The surgery would involve inserting screws or pins into his spine, which would be followed by a months-long recuperation period.

Federal Health Minister, who is also in hospital, has now been diagnosed with cellulitis.

The Queensland parliament has passed legislation to ban single-use plastic straws, stirrers, cutlery and plates along with polystyrene foam food containers and cups from September 1.

Following the passage of the laws on Wednesday Environment Minister Meaghan Scanlon said there was overwhelming community support for banning such products which were too often discarded thoughtlessly.

"Plastic pollution is spoiling our streets and parks, escaping into our ocean and waterways and killing our iconic wildlife," she said in a statement.

"Half of all plastic produced is designed to be used only once and then thrown away and that litter is destroying our environment."

A former priest has been charged with the historic sexual assault of two boys in Sydney's west and on the NSW South Coast.

Detectives in August began investigating the allegations said to have taken place between 1986 and 1991.

Police will allege in court the man, who was a priest, sexually assaulted two boys - then aged between 11 and 17 - who were known to him, over a five-year period, while they were in his care.

A 70-year-old man was issued with a court attendance notice in January at a facility at Malabar, for multiple charges.

- A London police officer held in connection with a woman who went missing last week is now being detained on suspicion of murder.

Sarah Everard was last seen a week ago when she walked home from a friend's house in south London.