For the past five years, the world has known Emily Hampshire as Stevie Budd, the cynical flannel-wearing clerk at the Rosebud Motel in Schitt's Creek.

Now, after the much-loved series wrapped up in 2020, Hampshire has pivoted to a character that couldn't be any more different.

The Canadian actress is starring in Stan's Chapelwaite, a new series set in 1850s Maine, which is based on Stephen King’s short story Jerusalem’s Lot.

Watch the trailer for Chapelwaite on Stan below. Post continues after video.

"I do have to give credit to my agent, who has been my agent since I was a kid actor," Hampshire told Mamamia.

"When Schitt’s Creek ended, we were looking for what my next project would be and my agent was like, 'I want you out of those plaids, out of those baggy jeans, and back in a corset.' So that was her wish, and she got it."

The script for Chapelwaite landed on Hampshire's desk at an interesting time.

"When the script came to me, I had just sold my own show that I’m a writer on for the first time and I was reading this Stephen King book called On Writing," she said.

"So I was reading that when I got this script to play Rebecca Morgan, a writer, in a Stephen King adaptation. It was kind of like the universe was hammering me over the head like, 'You need to do this'."

The new 10-episode Stan series follows Captain Charles Boone (Adrien Brody), a sea captain who relocates his three children to the family's ancestral home in the small town of Preacher's Corners after his wife dies at sea.

After moving back to the seemingly sleepy town in Maine, Boone is forced to confront the secrets of his family's dark history as things quickly go awry in the family's spooky home.

Emily Hampshire appears in the horror series as Rebecca Morgan, an ambitious young woman who returns home to Preacher's Corners from Mount Holyoke College to work on her first story for the Atlantic Magazine. 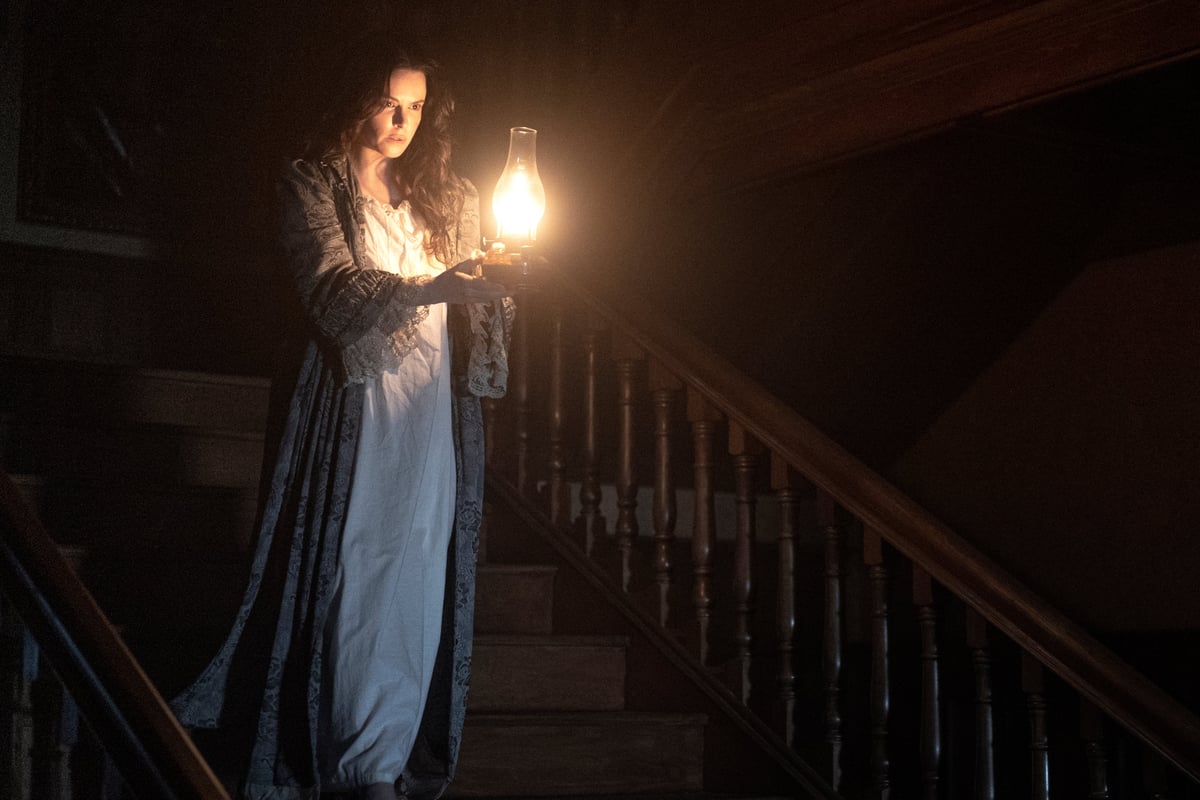 Emily Hampshire as Rebecca Morgan in Chapelwaite. Image: Stan. After learning that the Boone family have moved in at Chapelwaite, Morgan applies to work for the family as their governess in order to secretly write about their sordid past.

"Rebecca [Morgan] is just a woman ahead of her time in this small town. I think of her as so ambitious and what I love about that, as a woman, is that to be ambitious then is one thing, but even to be ambitious now... I love that about her," Hampshire told Mamamia.

"I love the lengths of which she will go to get the authentic truth for her art. I am totally into that."

Speaking to Mamamia, Hampshire likened her character to a female version of Stephen King.

"I read the short story that [Chapelwaite is] based on, Jerusalem’s Lot, and I realised there’s no Rebecca Morgan. I think she's a great addition to the series.

"Stephen King usually puts a writer in his stuff and to make it a woman is really extra special. In gothic horror, there’s often the trope of the governess and they kind of take that and turn it on its head [in Chapelwaite].

"I like to think that if Stephen King was a smart, educated woman in the 1850s, he would be Rebecca Morgan."

Although many of the interior scenes in the Chapelwaite manor were shot on a set, some scenes were shot at a real home. And much like the series, the real house was... creepy. 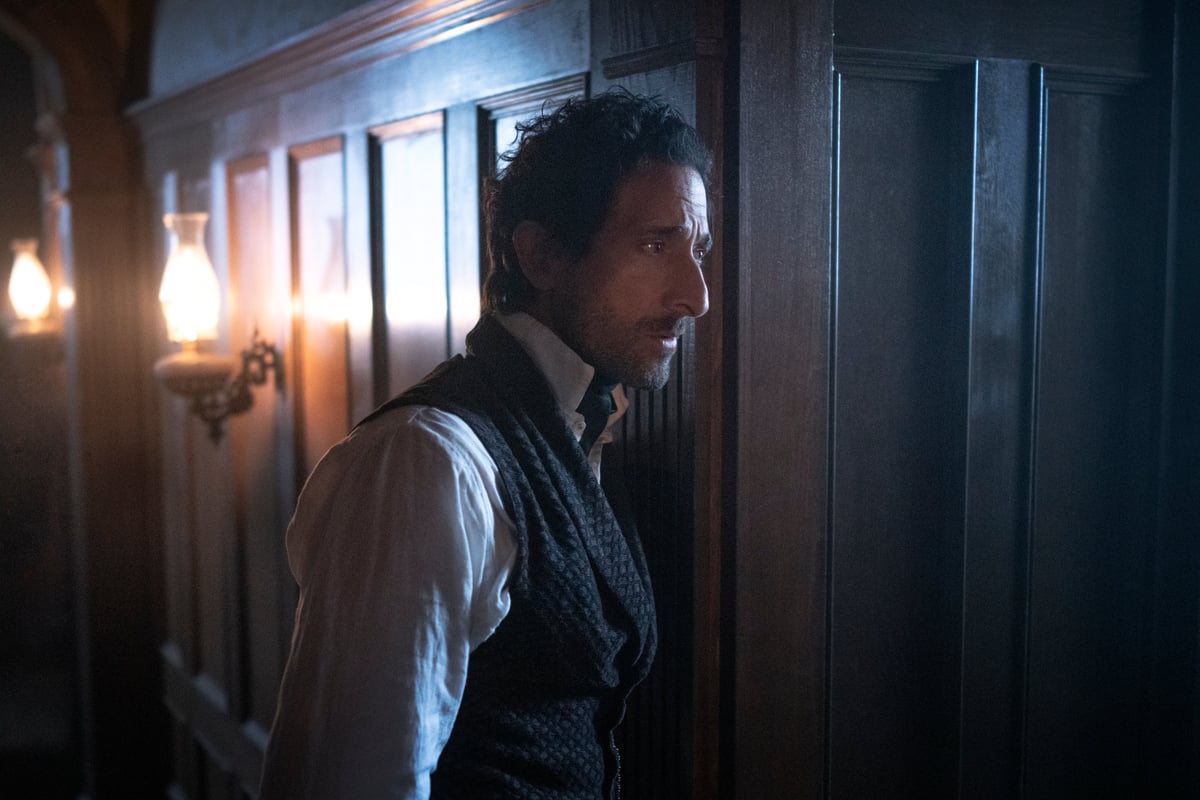 Adrien Brody as Charles Boone in Chapelwaite. Image: Stan. "It was a method actor house, because it was haunted," Hampshire shared.

"There was a plaque on the wall that was about all the people who lived there and all the tragic deaths that happened to them.

"And clearly, they’re still pissed about it, because the doors would slam and it was very weird."

Plus, thanks to the creepy nature of the show, Hampshire shared that the set was often very dark.

"We would get scripts as they came out so we never really knew what was coming," she explained.

"I was on set one day and it was very dark. And I'm sitting there and I look to my left and there's a vampire. Not a Robert Pattinson type of vampire. It was like the kind of vampire that would be in your nightmares.

"I jumped out of my chair and I was terrified."

Chapelwaite premieres on August 23, only on Stan, with new episodes dropping weekly.