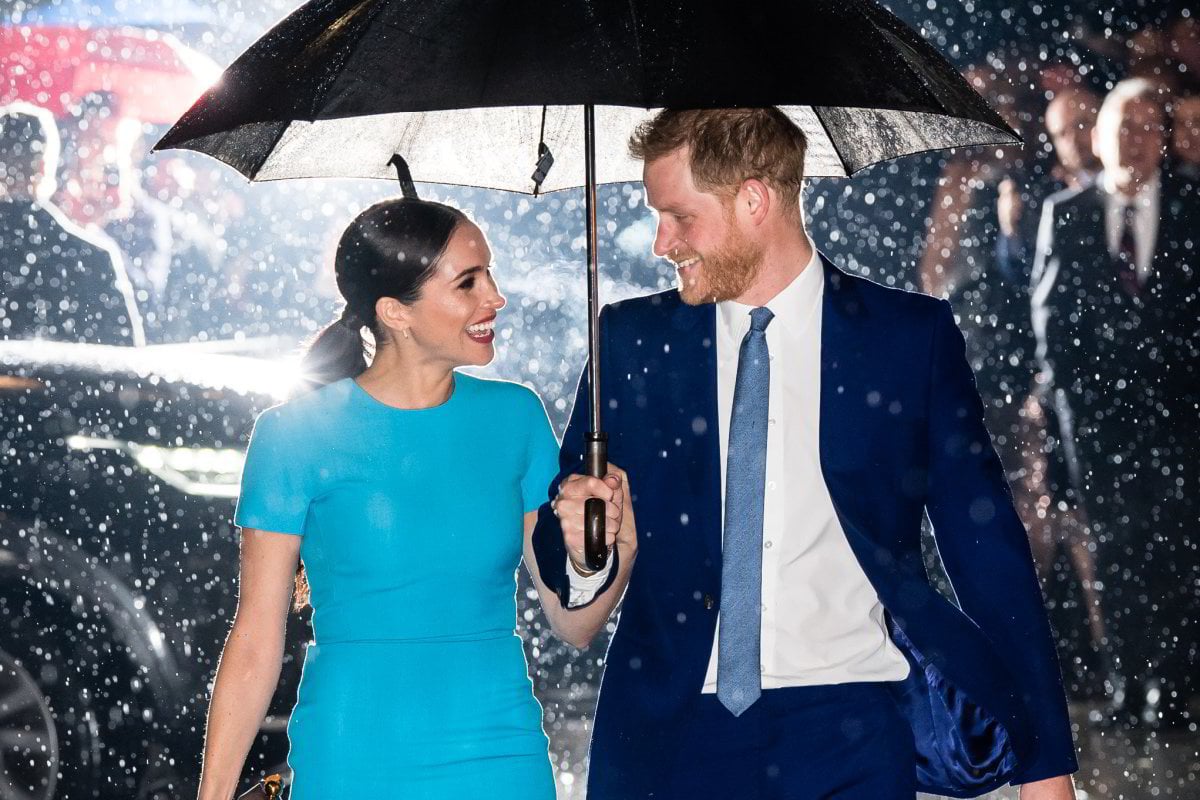 We all have a celebrity crush (or five).

And we can only dream about the chance of someday dating or even marrying them.

But for a small bunch of stars, that dream became a reality.

From Prince Harry to Mila Kunis, here are 10 stars who ended up marrying their celebrity crush.

But first, here's what celebrities got up to in isolation. Post continues below. 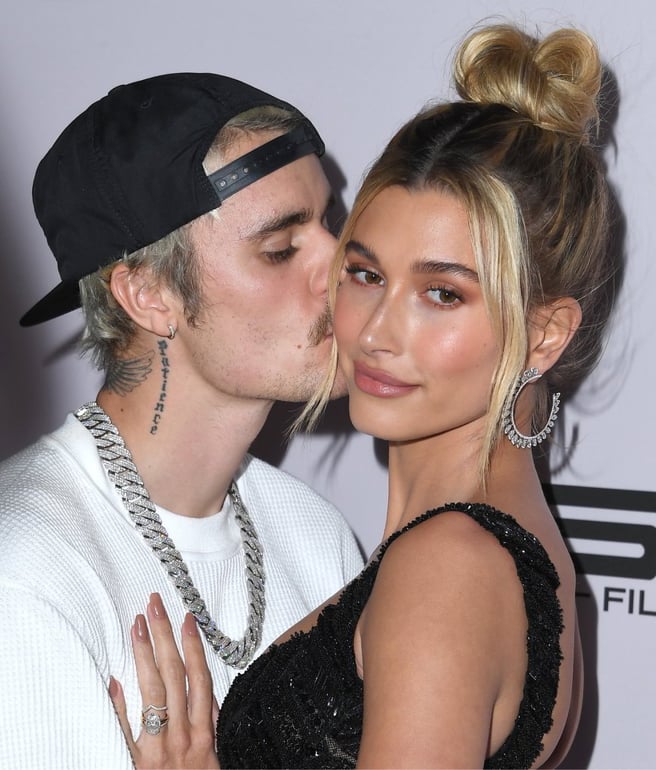 In 2009, Hailey Baldwin's dad Stephen Baldwin introduced her to Justin Bieber. She was 12 years old.

Two years later, she was photographed with him at the premiere for his movie Justin Bieber: Never Say Never. And then posted various tweets about the singer.

As well as, "I don't care what anyone says but Justin Bieber and Selena Gomez together is the definition of a teenage dream! #word."

My wife and I :) where it all began

In 2019, Bieber uploaded a photo of his wife with the caption, "People always asked me if I'd marry a Belieber, well I did!" 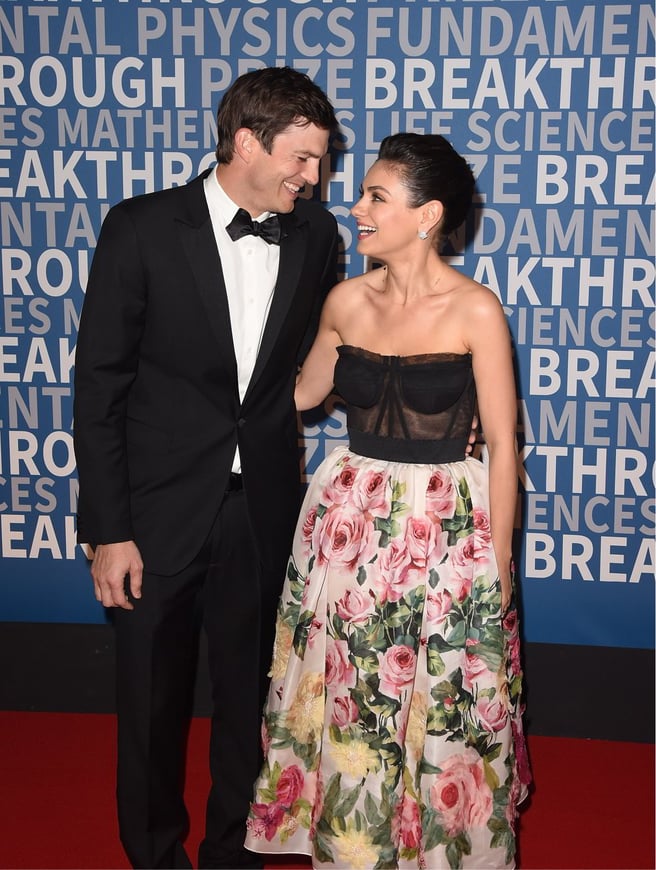 From 1998 to 2006, Mila Kunis appeared on That '70s Show with Ashton Kutcher. Not only was he her celebrity crush, but he was also her first kiss.

"Then I was like, 'I have to kiss him?' I was so nervous and uncomfortable. I had the biggest crush on him."

﻿They have been married for five years and have two children. 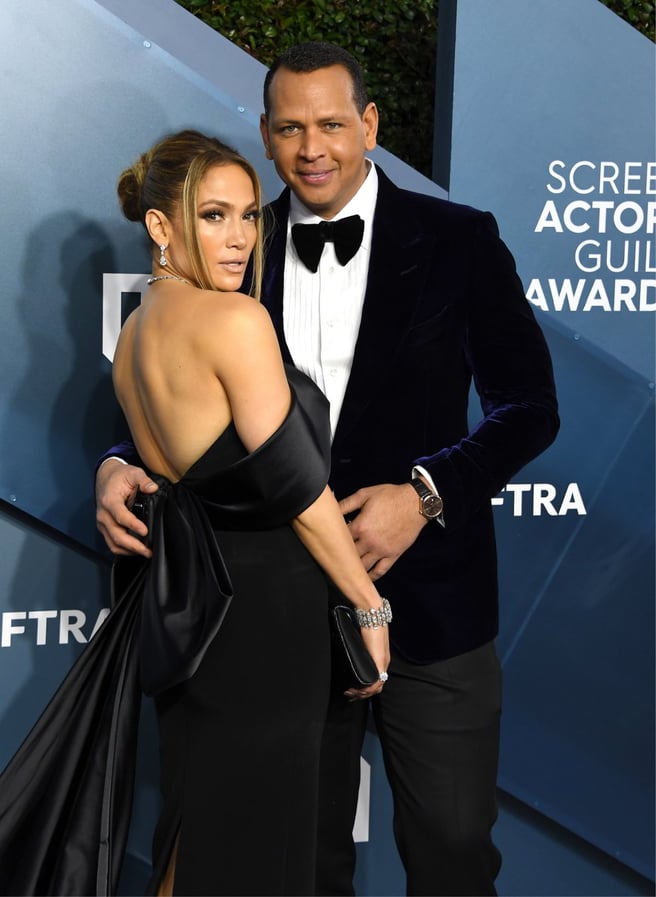 During an appearance on The Tonight Show with Jimmy Fallon last year, Fallon brought up footage of the former baseball star in 1998.

In the video, the reporter asked who his dream date would be. Without hesitation, he replied, "Jennifer Lopez. Hopefully, you can find me a date with her."

While they aren't technically married yet, Rodriguez proposed to JLo in March 2019 after two years of dating. 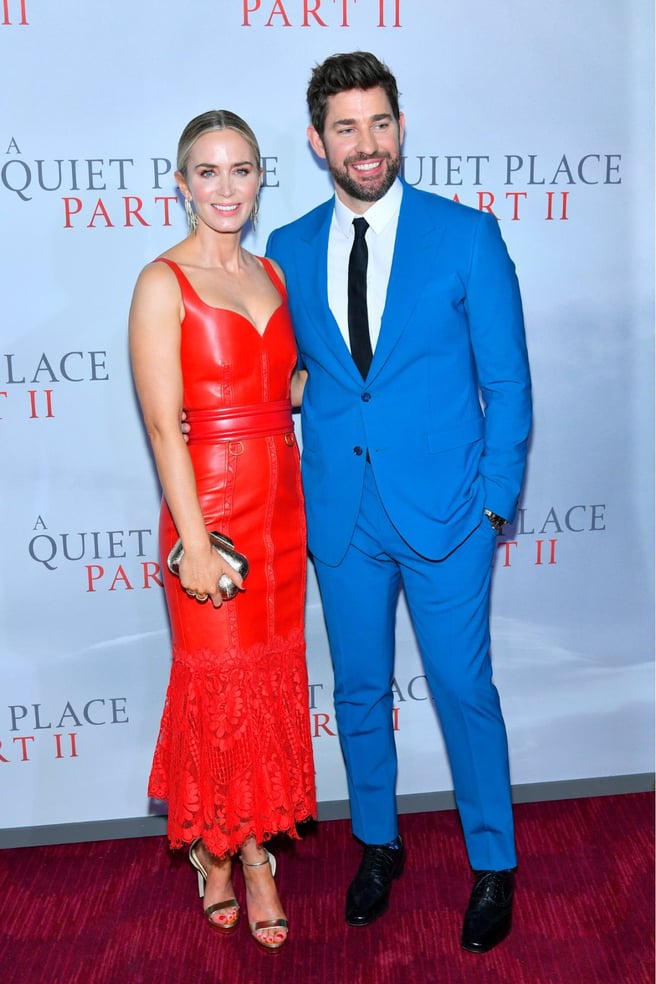 In an interview with Glamour in 2016, John Krasinski was asked how many times he's seen The Devils Wears Prada.

"﻿Before I met Emily, I had seen that movie — because it’s on TV all the time — so it’s one of the only movies that if you’re channel surfing and you land on that, you have to watch the rest of it. Embarrassingly, I think we had only been dating a couple weeks, and she stopped by... and I didn’t know she was stopping by, so when she opened [the door and came in], I quickly flipped the channel.

"I’m sure she thought I was watching something completely inappropriate, and I actually chose to let her believe that than know that I had been watching The Devil Wears Prada," he continued.

"I’m lucky enough that she stayed with me and didn’t realise that she had really married her stalker!"

They have now been married for 10 years and have two children. 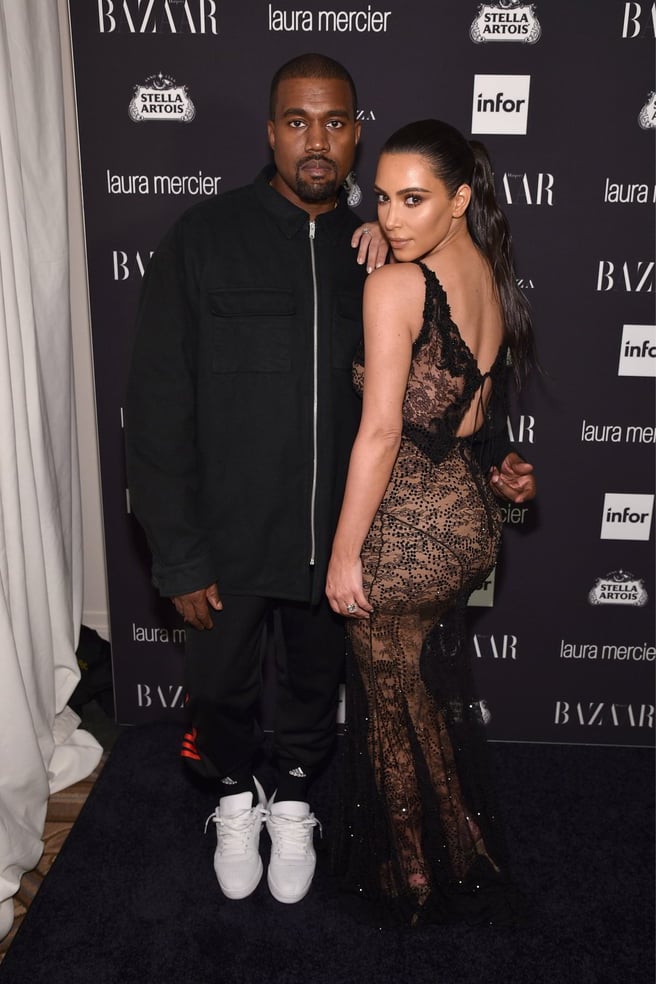 A few years ago, Kanye West shared that ever since he saw a photo of Kim Kardashian with Paris Hilton in 2006, he has the biggest crush on her.

"I just knew I wanted her to be my girl for a long time," he said during an On Air With Ryan Seacrest radio interview.

"I remember I saw a picture of her and Paris Hilton, and I remember telling my boy, 'Have you seen that girl Kim Kar-dijon?'" 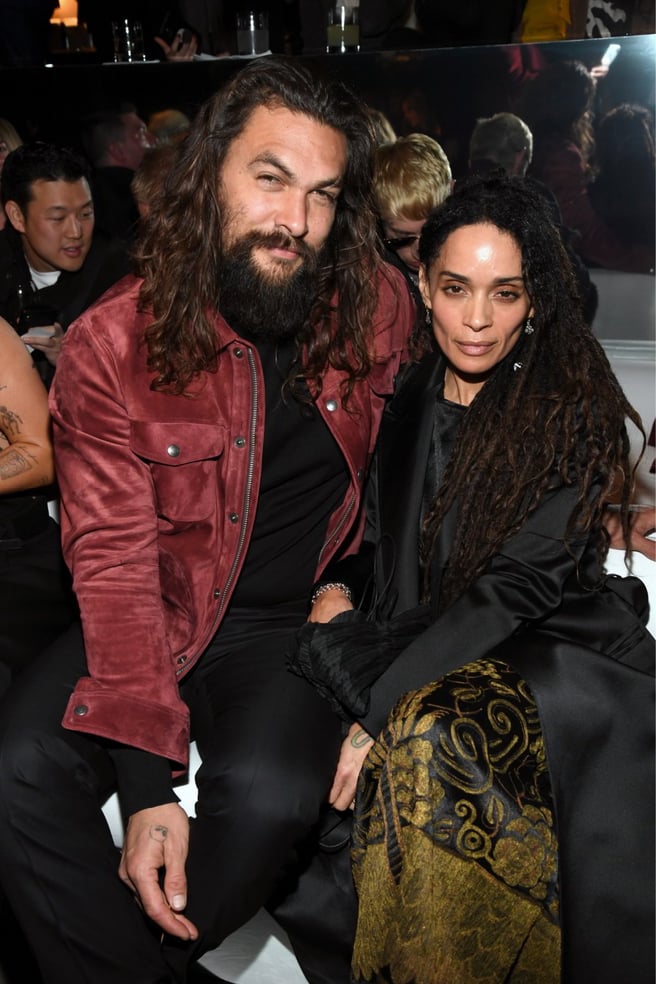 During an interview with Esquire, Jason Momoa shared that Lisa Bonet was "literally my childhood crush."

"Ever since I was like, eight years old and I saw [Lisa] on the TV, I was like, 'Mummy, I want that one,'" Momoa told James Corden in 2017, referring to Bonet on The Cosby Show.

"Like, 'I'm going to stalk you for the rest of my life and I'm going to get you'... but I didn't tell her that till we had two babies 'cause that would be creepy and weird."

Momoa and Bonet have now been together for 15 years and married for three.

They have two children. 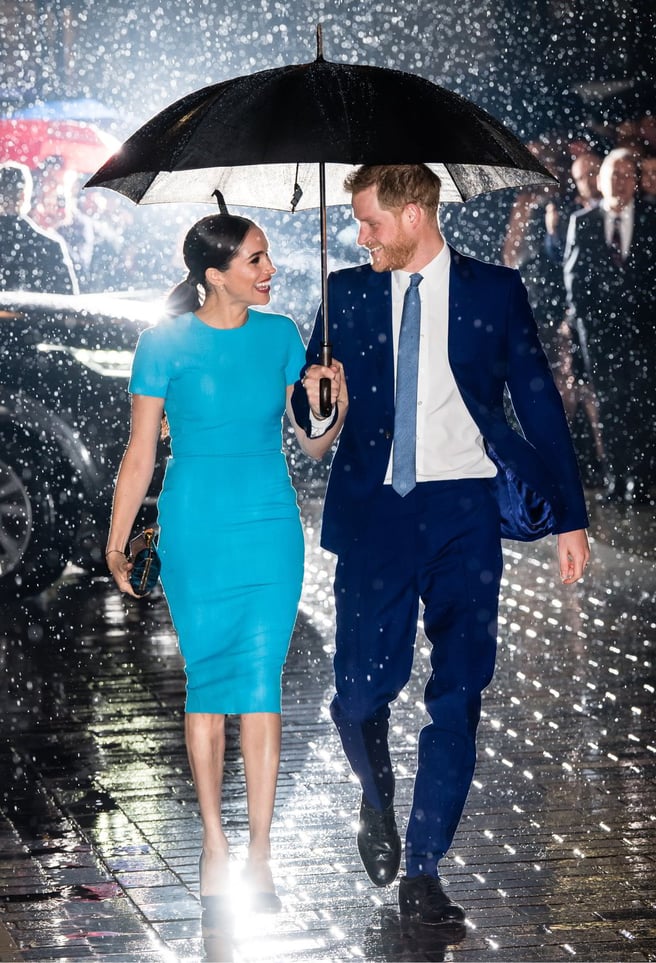 Before Harry and Meghan became The Duke and Duchess of Sussex, there were reports that Harry watched Suits for two years crushing on his now-wife.

They've now been married for two years and have a son Archie. 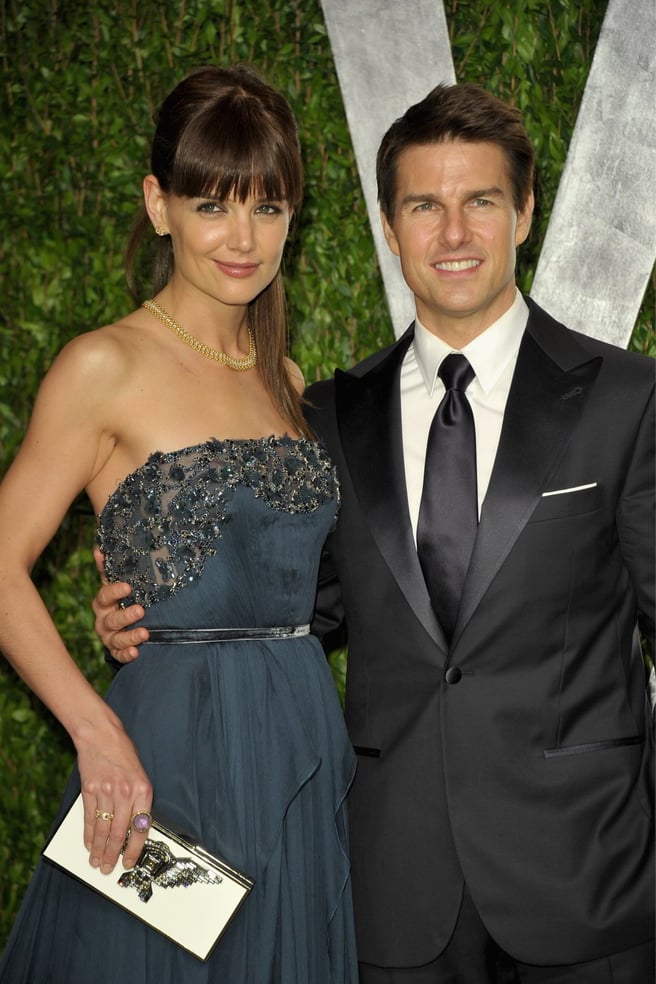 In 2018, Dawson's Creek actress Mary Beth Peil told The Daily Beast that she remembered Katie Holmes gushing over her celebrity crush, Tom Cruise on set. And frankly, we don't blame her.

"She knew everything about him," Peil told the publication.

"She said, 'I have had a crush on him since I was 15, and his posters were on the walls of my bedroom.' She could not stop talking about Tom Cruise. This was way before they got together, but she was certainly ready for him." 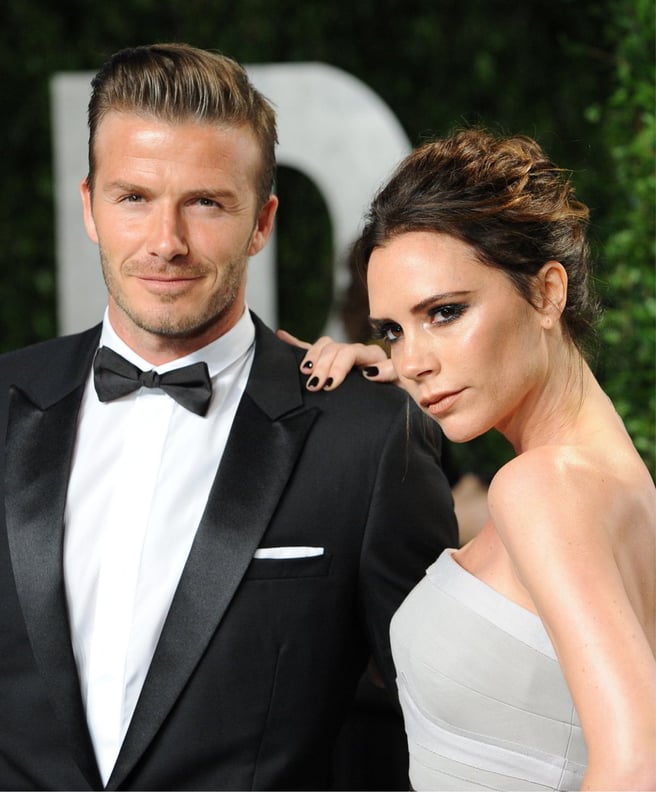 When Victoria Beckham played Burning Questions on The Ellen DeGeneres Show, she was asked who her celebrity crush was.

And she proclaimed, "David Beckham!"

The it-couple have now been married for 21 years and have four children. 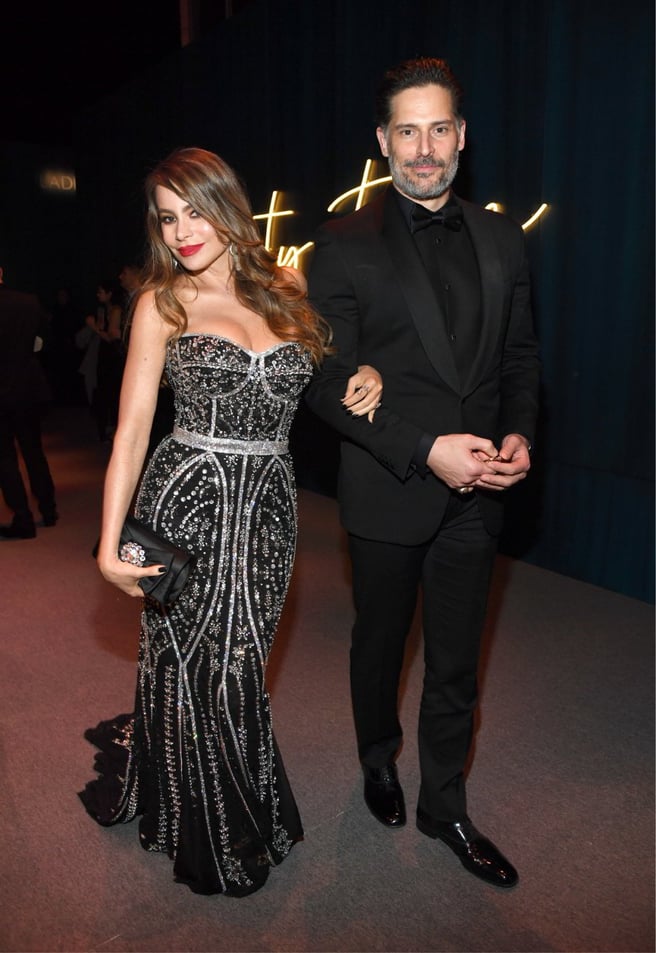 One year before they started dating, Magic Mike star Joe Manganiello shared in a magazine interview that Sofía Vergara was his celebrity crush.

"I had forgotten I had said that," the actor told Ryan Seacrest.

"And when the magazine came out, by that time, we were seeing each other and when I got the magazine and opened it up and read it, I forgot I said that. I started laughing."

Sofia laughed at him too.

"She was laughing at me. She thought that I was crazy for having said that out loud or said it in the magazine, but you know, I guess it worked," he said.

They've now been together for six years.