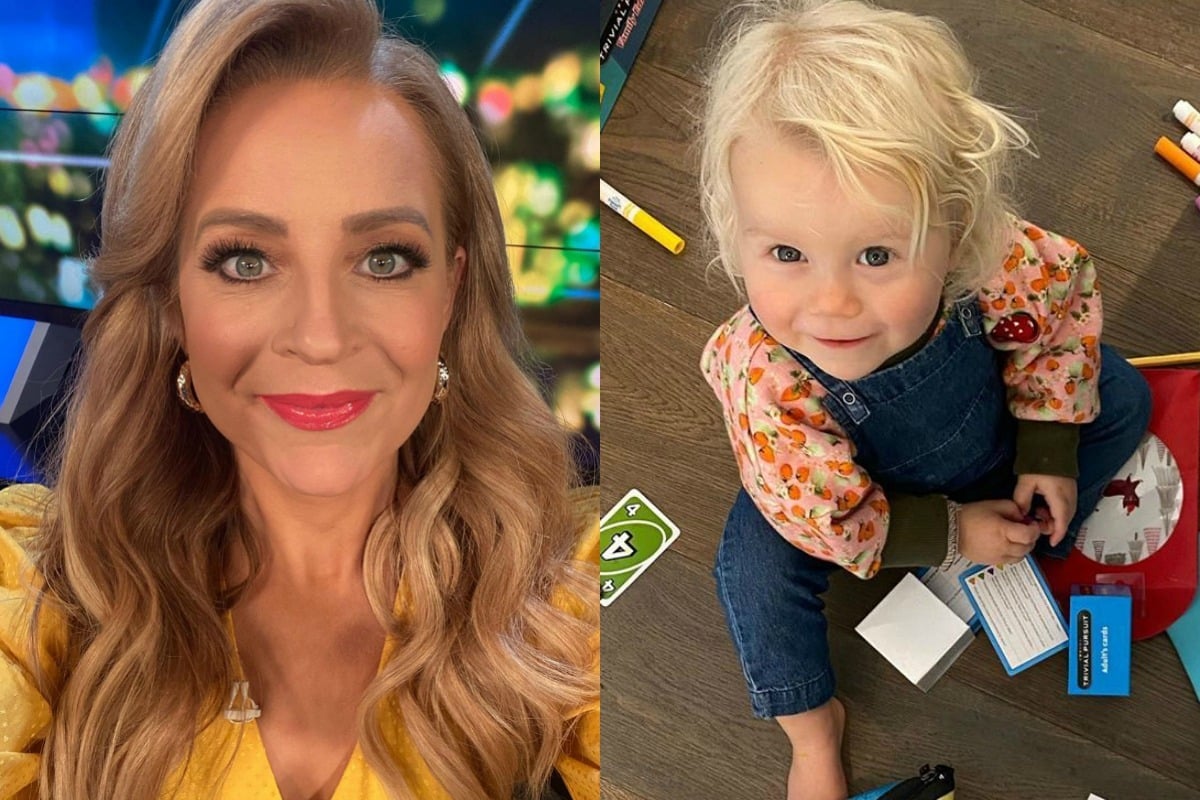 Let's all take a moment of reprieve from the colossal clusterfu... err, clusterfluff that has been 2020, and bask in the unbridled joy of Carrie Bickmore's toddler learning to walk.

The Project host shared footage to Instagram, writing that little Adelaide had taken her first steps five weeks ago when Bickmore was at work, but then just... stopped.

"I was starting to worry....but all in good time...at 18 months she is finally on her way," Bickmore wrote.

"They really do all walk to the beat of their own drum don’t they! (I may or may not have teared up)."

2. Gwyneth Paltrow's life in lockdown is exactly how you imagined it.

When most of us think back on COVID-19 self-isolation we will remember a time of being crumpled on the couch, greasy-haired, braless, bingeing TV and having spoken to no one but the dog for several days' straight.

That's because we're not Gwyneth Paltrow.

The 47-year-old actor/Goop founder/wellness icon described her lockdown experience to Shape magazine like this:

"Now I feel different, letting my body go to sleep and wake up in its natural rhythm, having my kids around all the time, eating meals together and having meaningful conversations," she said.

“We linger at the table; our dinners are an hour-and-a-half long. My heart feels fuller, and my mind feels calmer in that respect.”

That's not to say she hasn't been working hard, she just counters it, by trying to “do exercises every day for my back and neck because of all the Zoom calls I’m on. My husband, Brad, and I take a walk at least three or four times a week.”

Did anyone else know Goop-ed isolation was an option?

3. Melania Trump renegotiated her prenup before moving into the White House.

You remember how First Lady of the United States, Melania Trump, was late to move into the White House after her husband's inauguration? At the time she claimed the delay was simply because she didn't want interrupt their then-10-year-old son Barron’s school year.

But according to a new book by Pulitzer Prize-winning Washington Post reporter, Mary Jordan, there was more to it. Writing in The Art of Her Deal: The Untold Story of Melania Trump, Jordan claims Mrs Trump also used the time to renegotiate her prenup. 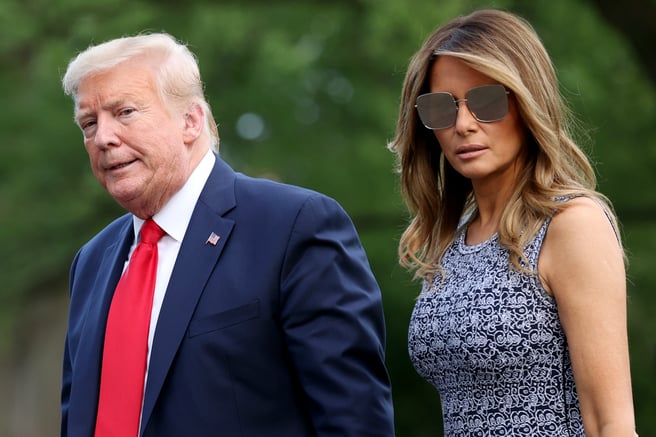 "According to three people close to Trump, a key reason was that she had finally reached a new and significantly improved financial agreement with Trump, which had left her in a noticeably better financial position," Jordan wrote.

"Those sources did not know precisely what she sought, but it was not simply more money."

After all the reports of President Trump's infidelity that emerged during the election campaign, Mrs Trump wasn't just going move into the White House without making it worth her while. I mean, imagine having put up with all the speeches, the ribbon cutting, the creepy orange husb... ok, ok. Sorry.

The First Lady's camp has denied the claims: "Yet another book about Mrs. Trump with false information and sources,” a spokesperson said.

"This book belongs in the fiction genre."

4. Just when you thought Angelina Jolie couldn't be more of a saint...

Angelina Jolie is far too virtuous to be part of the vapid world of Hollywood. We know this. But you guys, guess what she did during lockdown?

In a rare Q&A with Harper's Bazaar UK, the mother-of-six shared she and her family spent self-isolation caring for their new adopted pets.

"A system that protects me but might not protect my daughter – or any other man, woman or child in our country based on skin colour – is intolerable." In a rare interview, Angelina Jolie discusses fighting systemic racism, the importance of protecting the most vulnerable during the pandemic, and how she's been getting through this period of self-isolation - read more via link in bio. 📸 Portraits taken by Angelina's youngest son, Knox Jolie-Pitt #angelinajolie

"During the lockdown, [my daughter] Vivienne’s bunny passed away during a surgery, and we adopted two sweet little ones who are disabled," Jolie said.

"They need to be in pairs. They are so gentle and it has helped to focus on their care with her at this time. And on the dogs, and snake and lizard…"

When asked how she, personally, avoided anxious pandemic-related thoughts, Jolie replied, "Like most parents, I focus on staying calm so my children don’t feel anxiety from me on top of all they are worrying about. I put all my energy into them."

Jolie also spoke about systemic racism, the impact of lockdowns on domestic violence rates and the importance of education for girls.

5. A few things worth knowing about Big Brother's Angela.

Fans of Big Brother Australia will know Angela as the tea-loving boss who somehow managed to rope Sonia Kruger into carrying her luggage into the house.

But of course, there's plenty more to the 38-year-old than that.

Angela grew up in Kenya, in an area she dubbed "The Beverly Hills of Kenya". And during her teenage years, she watched the African version of the hit reality TV show.

"I used to watch Big Brother Africa and then Australia and always wanted to do it! I got hooked on it," Angela told Perth Now.

But by 17, she was ready to move away from home. So with nothing but her suitcases, Angela headed overseas, alone.

To learn more about the fan favourite, read our earlier article: From the 'Beverly Hills of Kenya' to Perth mum of two: Everything we know about Big Brother's Angela.

For more pop culture news, catch the latest episode of The Spill.