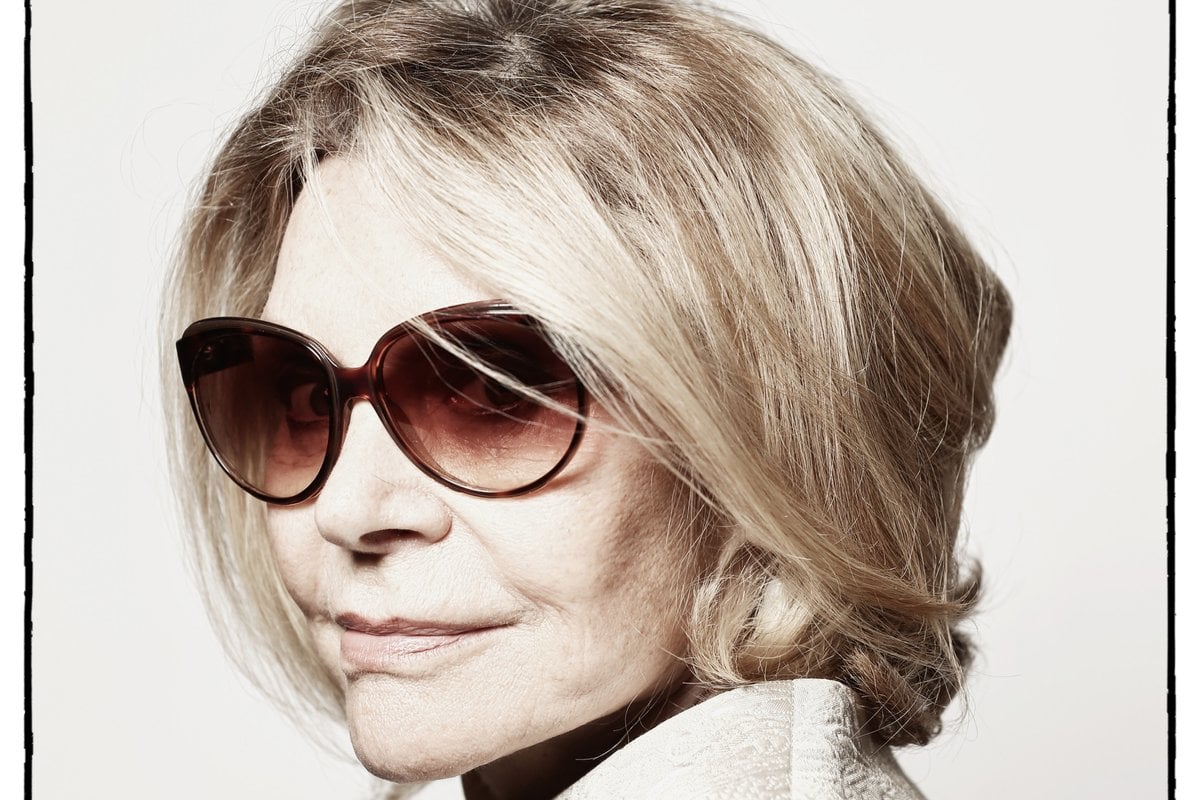 By her early 20s, Carla Zampatti had a dream.

It was the 1960s, she had just over $1000 to her name, and more women were entering the workforce in a post-war Australia. They needed smart, wearable fashion, and she was determined to fill that gap in the market.

She died earlier this month aged 78, after she fell down a set of stairs at Mrs Macquarie’s Point.

This is Carla Zampatti's story.

Watch: Zampatti on the biggest challenge for women in business. Post continues after video.

A toddler, a new business and an unhappy marriage.

When Zampatti arrived in Western Australia as a migrant from northern Italy in 1950 at the age of nine, she already had ambitions to become a fashion designer.

She made the big move to Sydney when she was 19 with her sewing machine in tow, taking a job as a cashier at a big retailer before landing a job designing blouses.

By the age of 24, Zampatti had started laying the foundations for her fashion label. She'd married accountant Leo Schuman two years prior who had encouraged her and invested financially in her plans. They had a son, Alexander, in 1969. 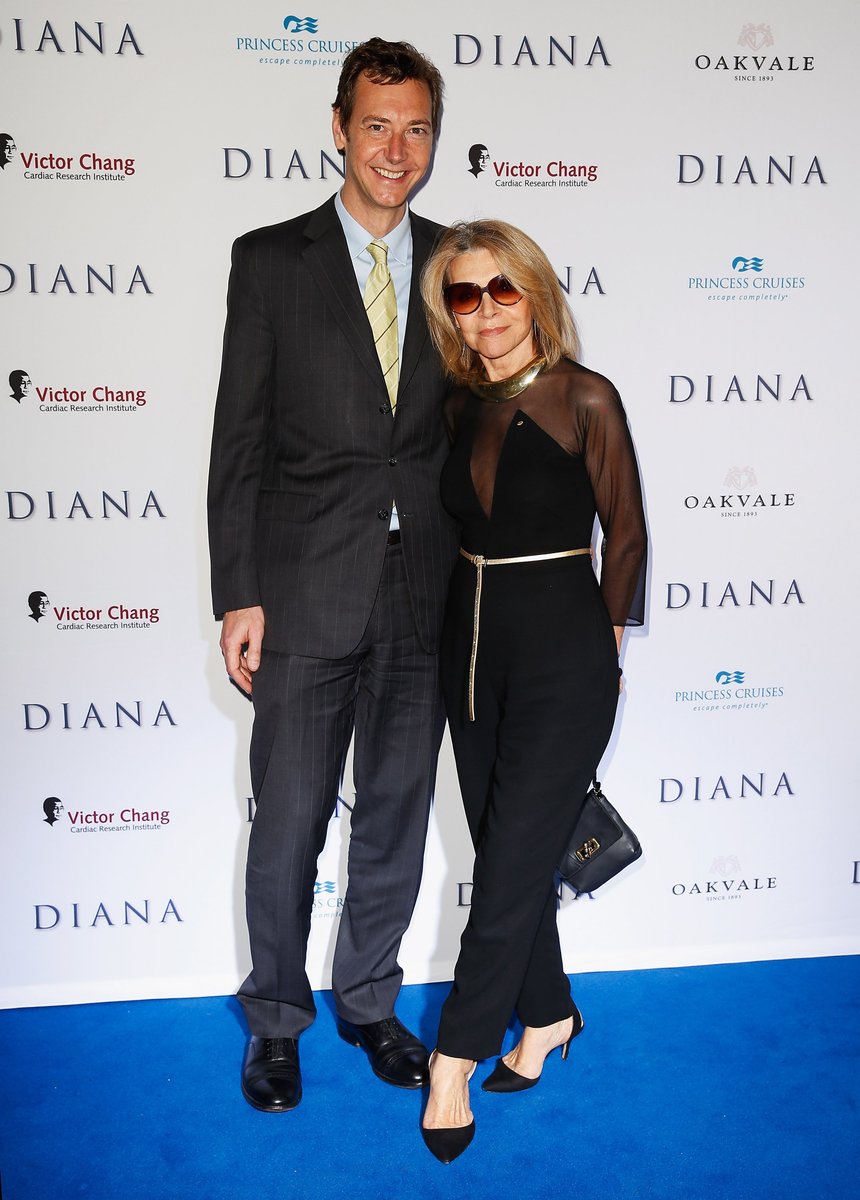 "When I started out, I had all the insecurities and frailties that women did in the ’60s because we weren’t told then how good we were at everything," she told The Australian in 2015.

Her early work was bold, graphic and had a nod to bohemianism. But Zampatti was shy, and while she found the process "exciting," it was also "daunting, terrifying and exhausting."

"Picking up the cheques from the people who bought my clothes and retailers was the most difficult aspect," she told Kochie's Business Builders.

When her son was just nine-months-old, Zampatti summoned the strength to leave her first husband who was aggressive and left her fearing for her safety.

In her memoir, My Life, My Look, she also details a relationship peppered with infidelities as her husband "made little attempt to hide his roving eye."

"The most difficult part is that he was in my business so we had to overcome that," she told Studio 10.

In her divorce in 1970, Zampatti was forced to hand over her fashion factory and all remaining stock to her ex-husband. She was left with two apartments, two huge mortgages, her son, and a society that wasn't yet accepting of a single working mother. 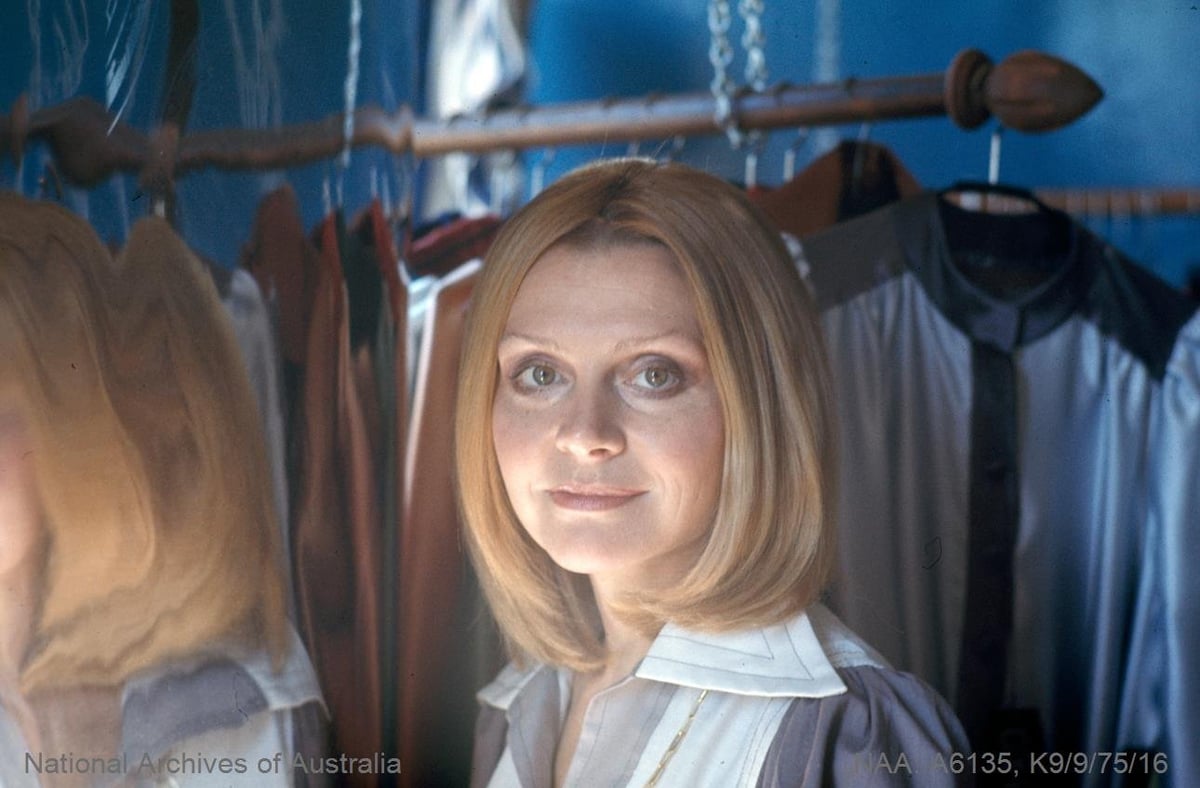 Carla in her studio in 1975. Image: National Archives of Australia/Supplied.

In an interview with Nine in May 2021, Zampatti spoke about her struggle to start a business as a single mother in the 60s and 70s, when women were "in a different place".

"They were not working, certainly not leading mining or banking or building companies," she said.

"They were all hoping to get a job but were being discouraged by society or their families and pressured to stay home.

"I felt a bit of an outsider, which I have always felt in my life, which is not such a bad thing. Being an outsider makes you try harder."

Her divorce and the financial entanglement that followed lit a fire under Zampatti and gave her the determination to become financially independent.

As she told the Sydney Morning Herald, it was possibly the most "rewarding thing I did. I was at the right age and I found an inner strength I didn't realise I had."

After her divorce Zampatti relaunched her brand in 1970. The bank wouldn't lend her money, so she took a $5000 loan from her cousin Mick Caratti and opened her first boutique in 1972 in Surry Hills, Sydney.

Zampatti knew what women of the time needed: clothes that looked expensive, but were affordable. By the late 60s, early 70s, household spending on clothing had climbed dramatically. As more women entered the workforce and stopped making their own clothes, the need for 'ready to wear' clothing lines became paramount. 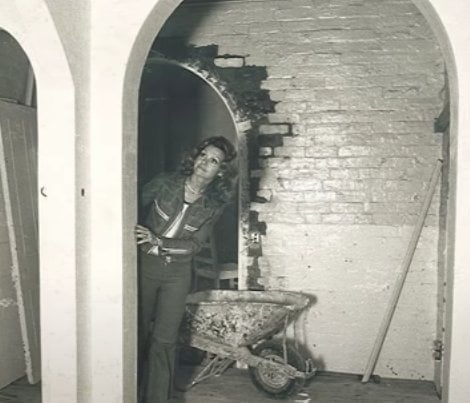 Carla Zampatti in her first ever boutique, which opened in 1972. Image: YouTube/Jules Sebastian.

She began displaying her clothes in the windows of her workshop which was an unusual move at the time, as manufacturers were unlikely to also be retailers. But Zampatti wasn't afraid to do it differently, choosing to blur the lines between wholesale and retail.

Zampatti thought she would be happy to settle for making a small group of women happy. But over the next three years, she opened boutiques in Mosman, Double Bay and Elizabeth Street, as her popularity grew. She quickly attracted clients like Anna Murdoch, wife to the media mogul Rupert Murdoch, and Susan Peacock, a Sydney socialite.

In 1973, Zampatti became one of the first Australian designers to introduce swimwear into her collection, and a line of sunglasses for Polaroid soon followed. She also redesigned a car especially for the women's market in a partnership with Ford Australia. 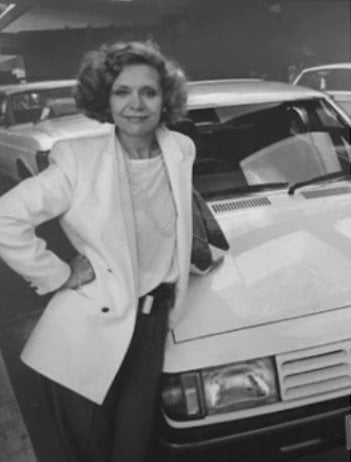 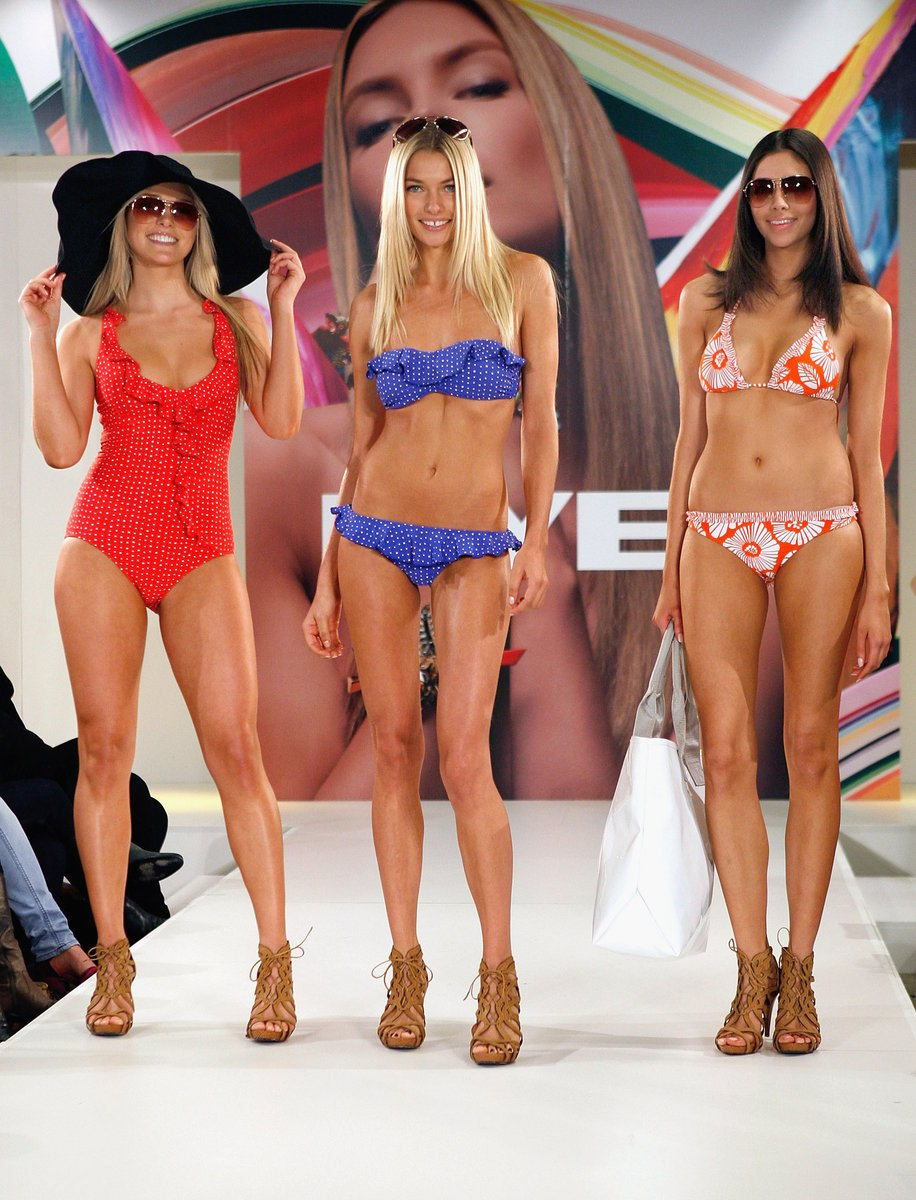 Zampatti was one of the first designers to introduce swimwear into her collections. See 2009 designs pictured. Image: Hannah Mason/Getty.

In the early days of her relaunched success, Zampatti found love again with barrister John Spender. They married in 1975 and she wore something considered 'adventurous' for the era  - a diagonal striped dress.

When asked about men in an interview with Marie Claire in 2015, Zampatti replied, "men of particularly that generation [when I got married and then re-married], were brought up to believe they are the leaders, the breadwinners and someone in their life who's independent and wants to be independent sometimes can get in the way." 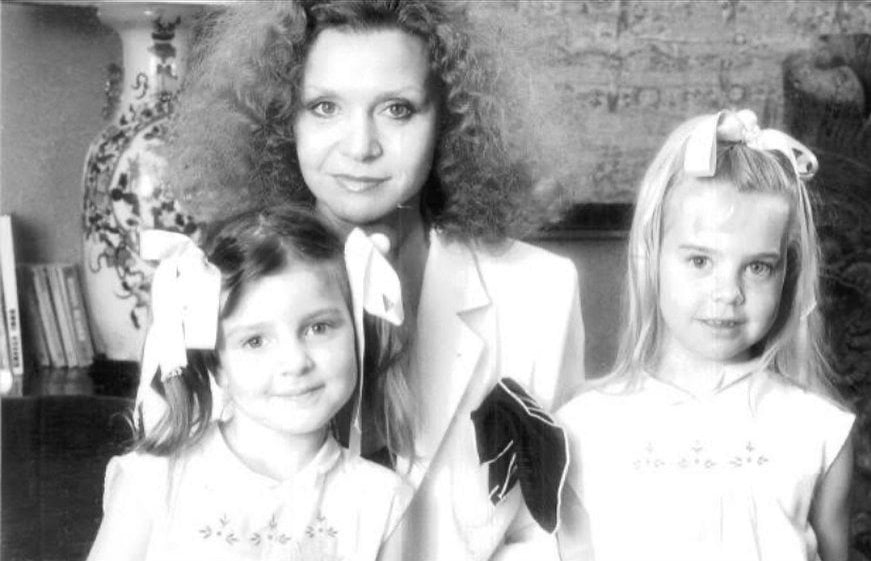 All three of Zampatti's children have grown up to have roles either in the company or in the fashion industry. Alex is the chief executive of his mother's business, Allegra was previously managing director, and Bianca is well-renowned a designer herself.

From strength to strength as a trailblazer for women.

By the 1980s Zampatti had solidified herself as a go-to for women, with her clothes featuring innovative designs that made them wearable and practical. She'd replace fiddly openings with metal zips, and jumpsuits that could be transitioned from day to evening became her signature.

She took great pleasure in the fact that women of all body types and all ages wore her designs. 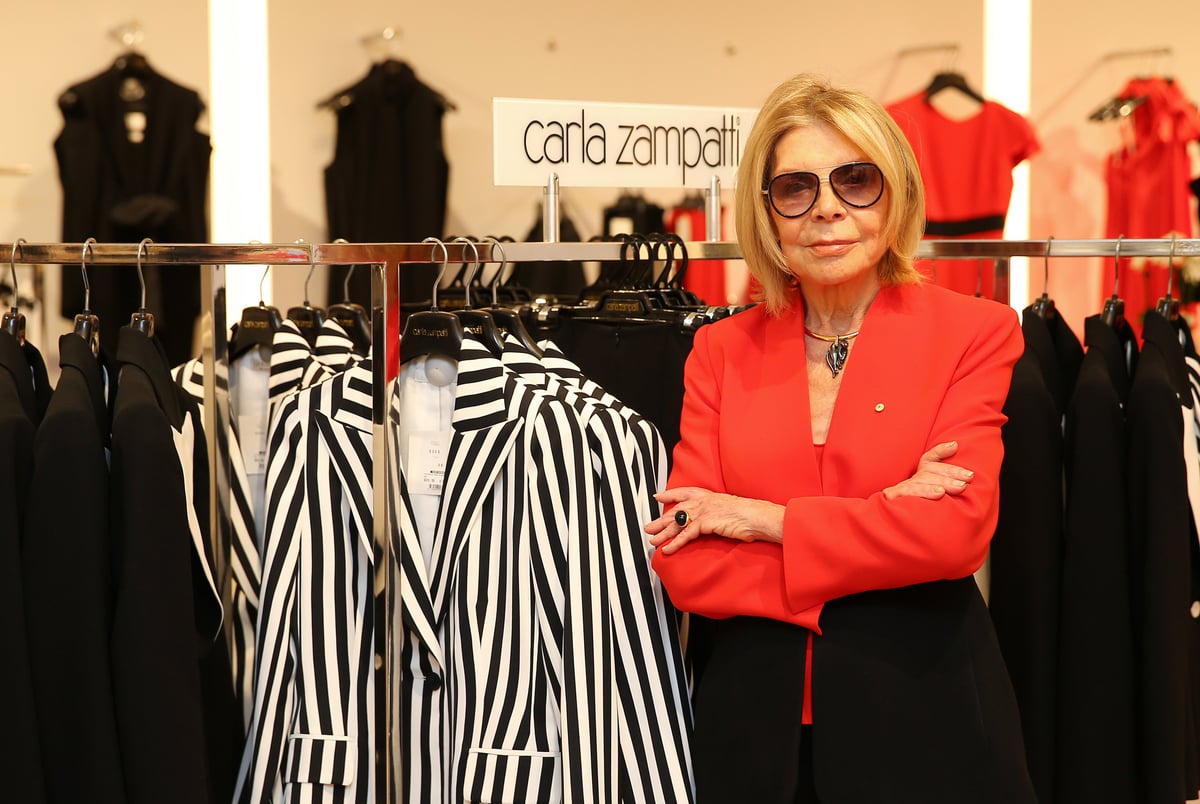 She was named Business Women of the Year in 1980, and from there the accolades never stopped. By the 90s, her clean lines, solid colours and structured power dressing of the era saw her move into both David Jones and Myer.

She was appointed a Member of the Order of Australia (AM) in 1987, elevated as a Companion of the Order in the 2009 Queen's Birthday Honours List, named designer of the year in 1994, and in 2008 was awarded Australian Fashion Laureate, the highest award in Australian fashion. She was even honoured with her own postage stamp in 2005.

In 2015, Zampatti celebrated her 50th anniversary with a runway show at the iconic Sydney Opera House, which was the backdrop (while still under construction) of her very first fashion shoot. 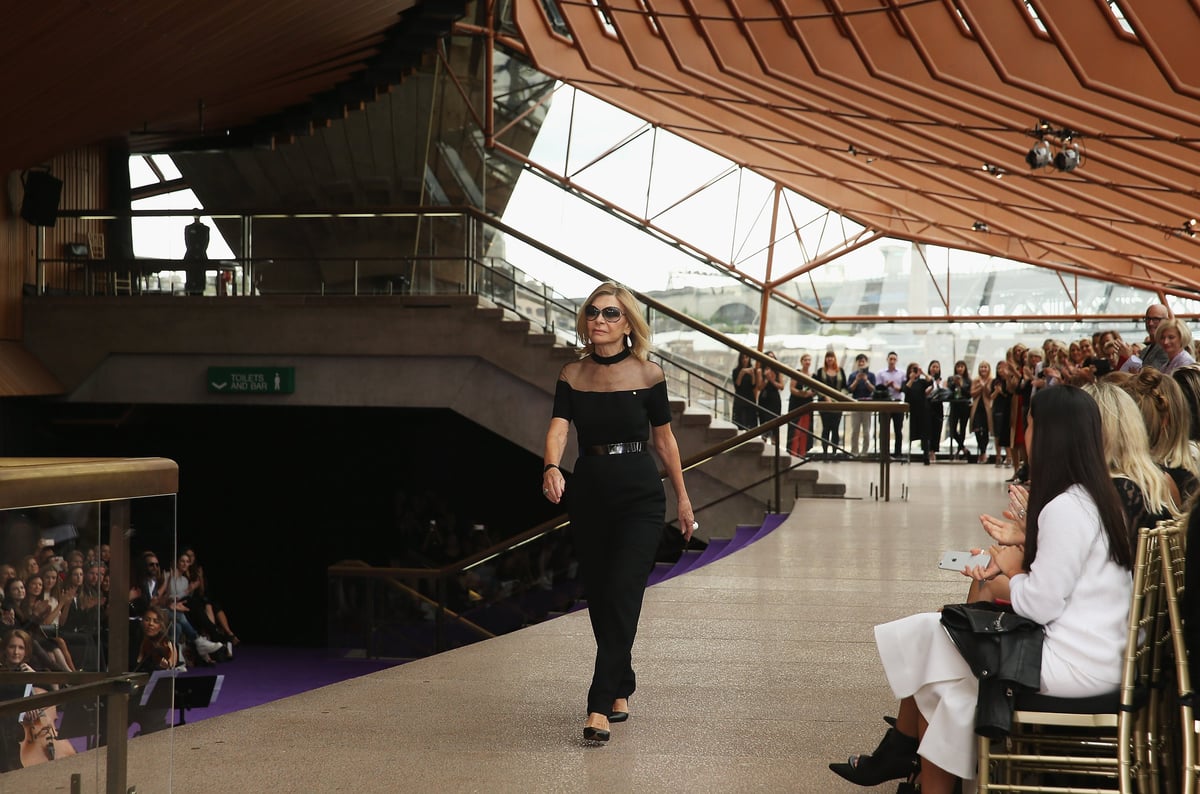 Just about every Australian woman in the spotlight has worn a Carla Zampatti design, from singers to news presenters to actresses. Princess Mary of Denmark even wore a Carla Zampatti gown in an official portrait in 2015.

In March 2021 while attending the premiere of La Traviata on Sydney Harbour, 78-year-old Zampatti fell and lost consciousness.

She was rushed to St Vincent's Hospital and died a week later on April 3.

ABC chairwoman Ita Buttrose said she was at the premiere of La Traviata too, and told the broadcaster, "I didn't see Carla fall but it was apparent someone had fallen and was only later I learnt it was Carla. The stairs are very dangerous at the opera and I think they need to do something about the safety and install some rails, otherwise someone might fall as well."

Her family confirmed her passing in a statement that read, "Carla has long been celebrated for making Australian women feel confident and elegant through her exceptional design, tailoring and understanding of the modern woman."

The statement continued: "A champion of Australian women and a multicultural success story, she continued to thrive as a businesswoman through enormous radical and social change, designing clothes for women fighting for liberation through the women's rights movement in the 1960s to empowering women today in leadership, the workplace, in their home and at major life events."

Her daughter Bianca wrote on social media at the time, "today I lost my mother, my inspiration, my mentor and my friend. I am lost for words and totally heartbroken."

Prime Minister Scott Morrison also paid tribute, saying: "Jen and I are terribly saddened by the passing of Carla Zampatti. We have lost a truly great and inspirational Australian.

"Carla was an icon to the fashion industry, a pioneer as an entrepreneur and a champion of multicultural Australia. It was our great honour to have known her.

"She was a very kind, strong, elegant and sincere woman. She will be sadly missed by family, friends and all who she inspired alike. Her contribution to our nation will be timeless, just like her designs. We extend our deepest sympathies to her family."

NSW Premier Gladys Berejiklian said Zampatti was a "true trailblazer in every respect".

"The world will never be the same without Carla Zampatti."

Now, the fashion icon will be farewelled in a state funeral.

Very sad to learn of our dear friend Carla Zampatti’s passing. One of our greatest Australians - brilliant, innovative, elegant, creative. Embodying the success of our remarkable multicultural nation. Our sympathy and love are with her family.

So very sad to hear of the death of Carla Zampatti. Such a lovely woman who dressed me on a few occasions with great elegance and empathy. Her tailoring was impeccable and her style divine. My deepest condolences to her family ❤️🙏

Carla Zampatti symbolised the great possibilities of a multicultural Australia.

She started her label with little - but with hard work, great style and skill she built it into something loved by women for more than 50 years.

My thoughts are with her family and friends.

I’m so sad to hear my favourite designer - and a lovely person - @CarlaZampatti has died. My thoughts are with her family, and her business-family. Sending so much love.

Zampatti is survived by her three children Alex, Bianca and Allegra, and was the "proud Nonna" of nine grandchildren.