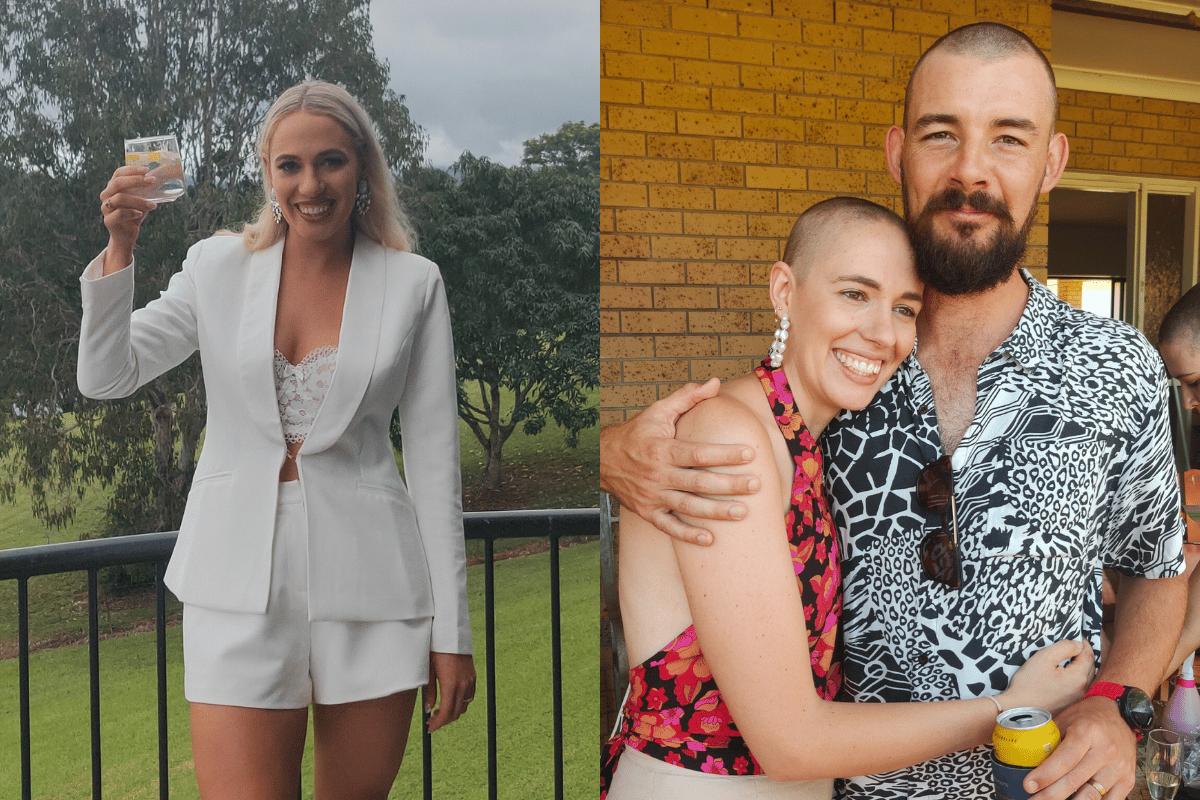 It's a day typically reserved for celebration and letting loose before tying the knot.

But for Phoebe Sceresini, the day of her hen's party was the day she received life changing news.

That morning, the 27-year-old was at a tanning salon with her sister and bridesmaid when her phone began to ring.

"I just remember being so excited that morning. We were getting our tans done, and I got a call from a random number and I answered it," Phoebe, an emergency nurse from Queensland, told Mamamia.

A general practitioner, who Phoebe had seen once about a lump on her breast, was on the other end.

At 27 years old, being told she had breast cancer was something Phoebe never expected to hear.

"I was in complete shock. I live a healthy lifestyle. I just thought, 'How has this happened? What in my body has done this?'"

Phoebe had only just had a biopsy the day before, after discovering a lump "about the size of a blueberry" on her breast while lying in bed one night.

"As soon as I felt it, I experienced a burning pressure sensation, and I thought I’m not going to sit on this."

After receiving the news in the salon, Phoebe went straight into 'nursing mode'.

"I was like 'Okay, don't stress out'... I just thought step by step. Next week, I'll see the doctor and then I'll probably see a surgeon, and find out whether I need chemo or radiation."

But before any of that, there were people that needed to know.

Her sister and her fiancé, Pete, were some of the first people she broke the news to.

"We were meant to be getting married and starting a family together... [But] holy moly, your world can literally change in an instant."

Not wanting to cancel her hen's weekend away, Phoebe stuck with the plans, telling only her family and her seven bridesmaids at the party.

"I felt almost like I needed to hold it together because I had the hen's party and I thought nothing's ruining this weekend, everyone's gone to so much trouble to make this weekend amazing. I really wanted to look back after this experience was over and be glad I enjoyed that moment and really appreciated all the people around me."

Reflecting on it now, Phoebe says it was actually "the best" way to find out as she was surrounded by her closet girlfriends and family, at a time when a lot was still unknown. 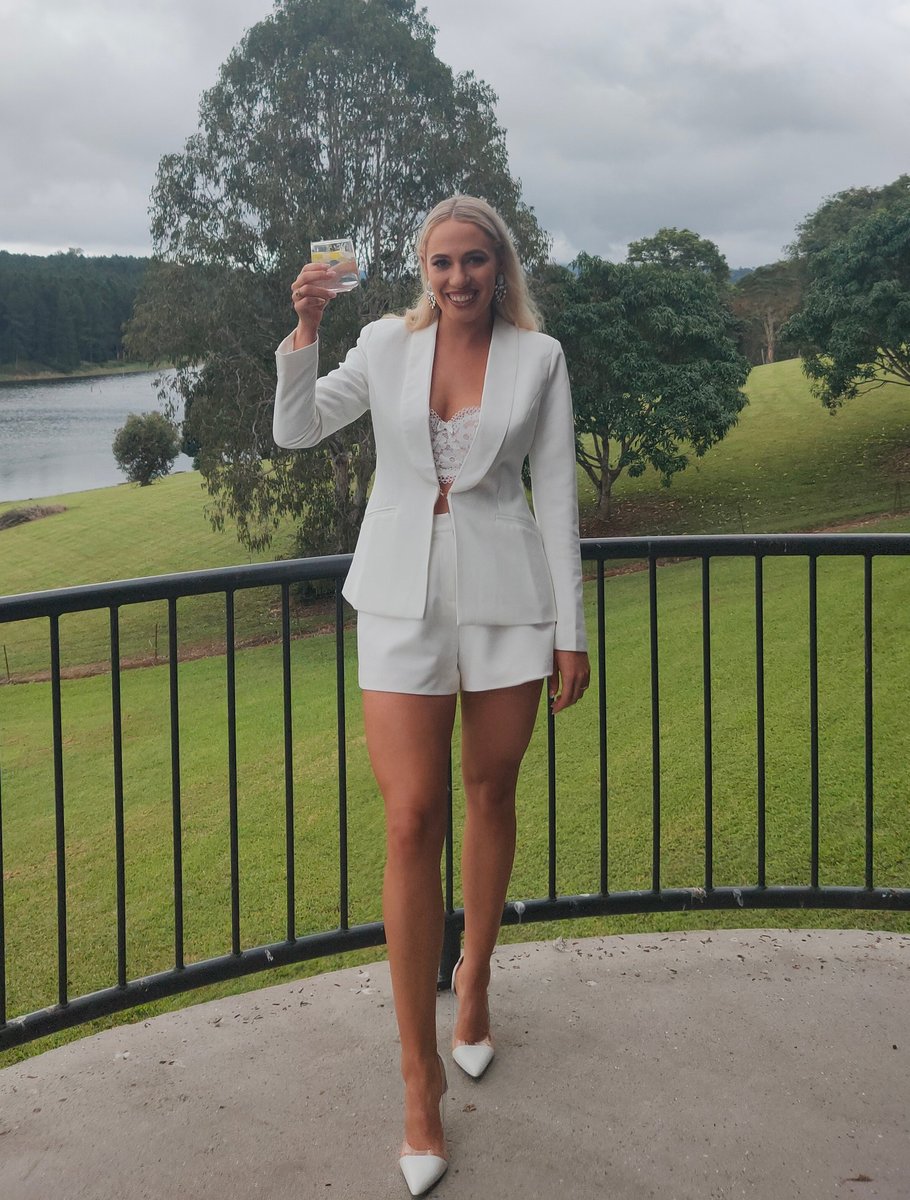 After the party, Phoebe was told she would need invasive surgery to remove the grade two invasive ductal carcinoma.

But with their wedding still months away in September, the couple decided to bring the celebration forward ahead of the surgery.

"We made a decision one night. We were like let's get married before all this starts and nine days later we got married."

With the help of their family and friends, the couple rescheduled everything to tie the knot in Port Douglas, Queensland, in July.

Phoebe says her McGrath Breast Care Nurse, Kate Tracy, was a big help when it came to juggling wedding planning with a new cancer diagnosis.

"Kate was my first port of call [after being diagnosed]... I think the public health system can be very daunting to navigate (and I work there). There’s so many doctors, so many appointments, and you don't know who to call and where to start.

"Kate had all the contacts and was there to advocate for us. So knowing she was there behind the scenes really allowed us to plan our wedding and focus on that because she was there looking after everything else."

After pulling everything together in a matter of days, Phoebe says the couple ended up having the "wedding that we didn't even know we wanted".

But there was still one more thing she wanted to do before the surgery: freeze her embryos.

For the newlyweds, embryo freezing was an important "lifeline" in case they struggle to conceive after chemotherapy and Phoebe’s subsequent years of hormone therapy.

"My husband and I won't be able to conceive or have a family for a few years to come so that's a hard thing to come to terms with," she shared.

"Kate was a really big advocate for freezing our embryos. She talked us through what would happen and we did an egg retrieval. Now we have five beautiful little embryos that are in the freezer safe."

Listen: The Quicky speaks to a GP and two cancer survivors about chemotherapy. Post continues below.

Weeks after the egg retrieval, Phoebe underwent a double mastectomy and reconstruction. She now has eight weeks left of her five months of chemo.

"The first [chemo] medication was absolutely horrific. I'd have that fortnightly, so I had a week of feeling really, really horrible and then the next week I would be a lot better... It was hard knowing that you've got to go back to feeling so crappy."

But that hasn't been the most difficult thing she's experienced.

"The hardest thing has been seeing the fear in my parents' and husband's eyes. The thought of, 'Is this going to kill her?' It's absolutely awful... I feel emotional just thinking about it," she said as her voice broke.

Despite the worry, Phoebe has been trying to stay positive with the support of family and friends. She's also been trying to take control of her cancer journey, particularly when it came to losing her hair.

"I had this fear of waking up in the morning and having hair all over my pillow or it falling out in the shower. I wanted to feel like I was still in control, so I decided to shave it before it starts falling out," she shared.

"We had [a head shaving party] and my girlfriend shaved her hair with me which took the pressure off and made it almost normal. I thought who cares about your hair?" 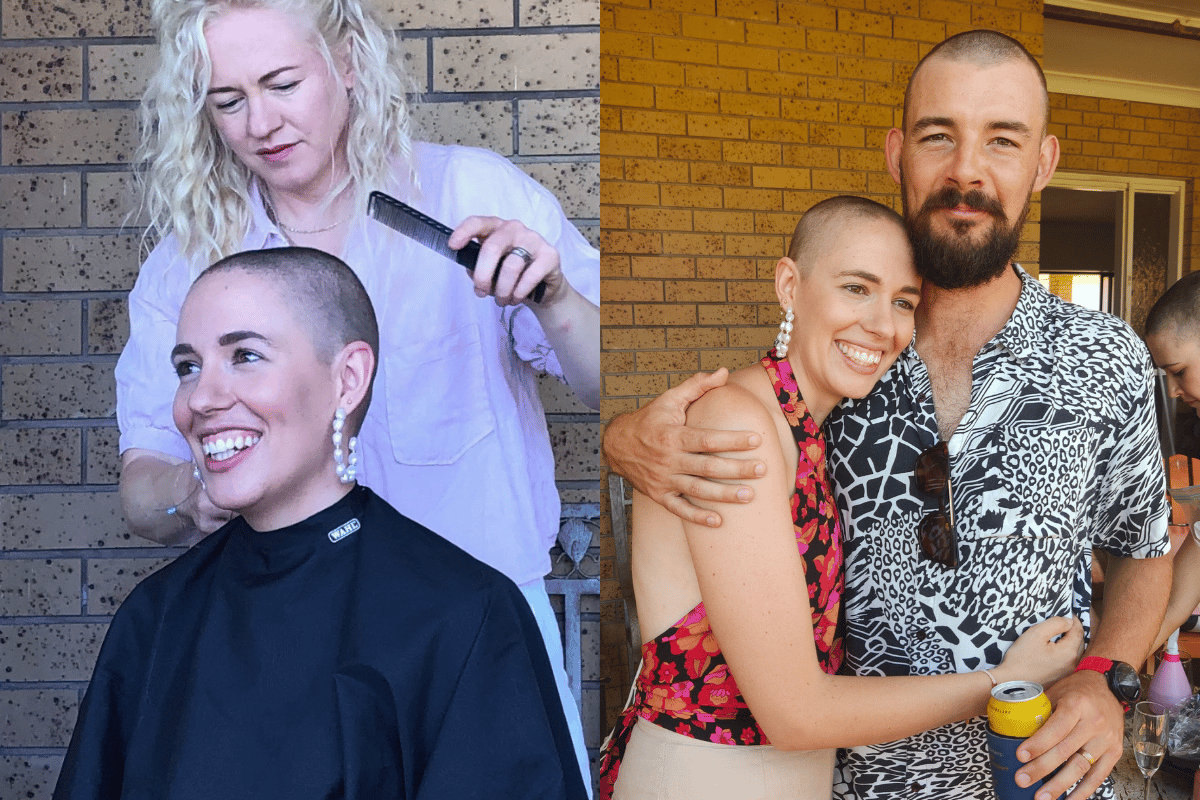 For others going on a similar journey, Phoebe's advice is to just "embrace it".

"Our motto from the beginning was that this is going to give us more than it's going to take from us. I think [my husband and I] can confidently say we are different people coming out of this experience but in a really beautiful way. It's scary to know how much you have to lose but it was probably something we almost needed to experience."

She also advises both women and men to get their breasts checked regularly.

"Men get breast cancer as well so everyone should do regular checks and know what's normal and what's not normal for them. I think we really need to take priority of our own health and really advocate for ourselves.

"It's a big privilege to grow old, it's not a guarantee. So it's up to us to make that happen."