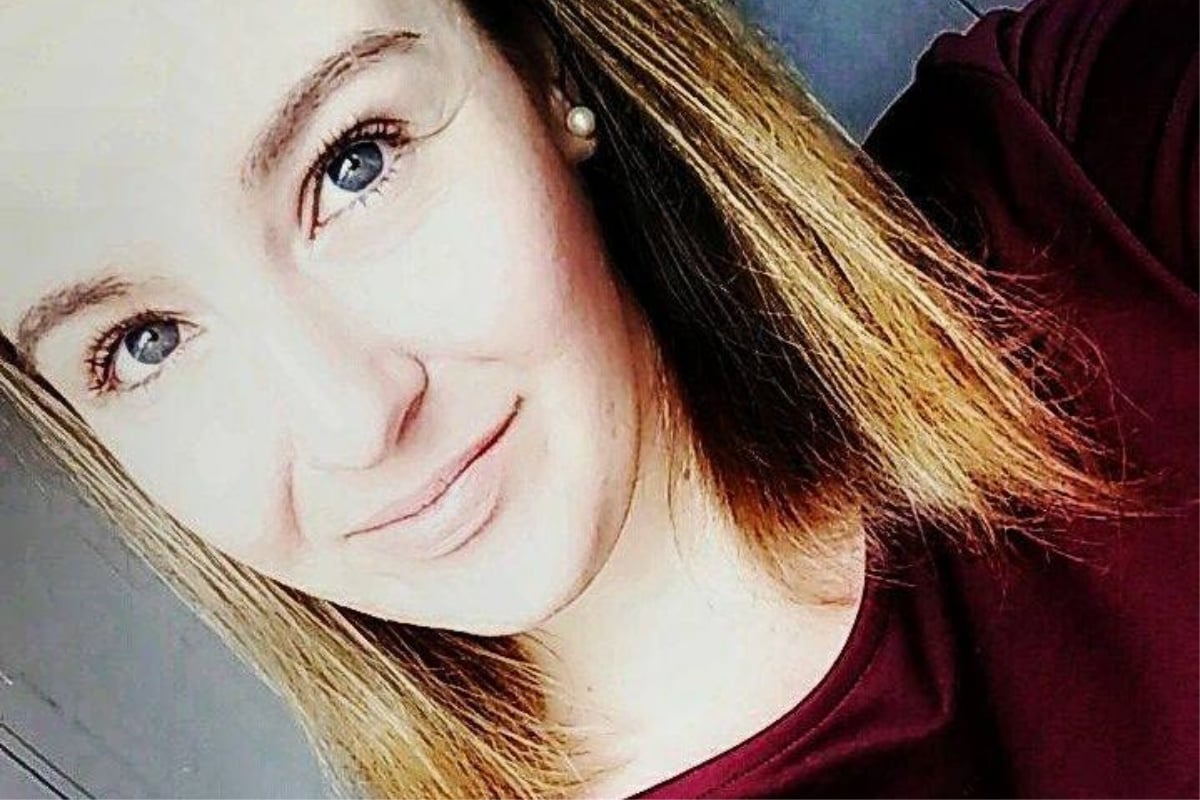 Her name was Caitlin O’Brien.

She was 31. A nurse. A daughter. A sister. A brain tumour survivor. But now her name will forever be linked to her violent, abusive partner; etched in the long list of young women killed at the hands of a man who said he loved her.

Caitlin O'Brien and Shea Dylan Sturt met as teenagers at TAFE. But theirs was anything but a fairytale romance. Sturt began abusing Caitlin in 2008. Court documents reveal just some of the physical violence carried out against Caitlin included punching, kicking, throwing furniture, pulling hair, strangling and suffocating.

In one incident when Sturt became angry with Caitlin, he grabbed her by the hair, pulled her head onto his lap and punched her six to seven times to the back of the head. When his mother, who witnessed the attack, told him to stop, he said, “I should be able to hit whoever I want.”

The relationship was on and off for 10 years between the physical, verbal and sexual abuse. But she was worried to leave him due to his mental health issues. In March 2017, she messaged a friend saying “We are housemates now only. He doesn't have anywhere else to go right now. I'm not heartless, I can't just kick people out. He has mental issues too, fairly bad ones. I do love him. He's my best friend. I worry about his safety.”

The pair were living together in the Melbourne suburb of Gardenvale in 2019, when Caitlin had surgery to remove a tumour from her brain. 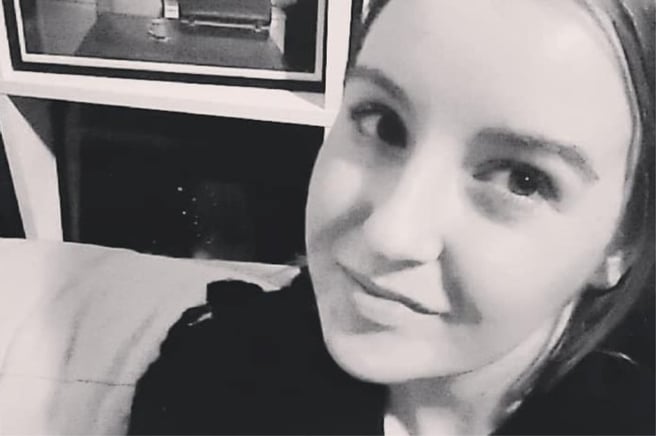 Image: Facebook. This didn’t stop the violence in the relationship.

One night in June, Caitlin was forced to call police after Sturt began having delusions he was Jesus, and forced her to eat an apple “so she could be like Adam and Eve and be enlightened”. He was taken to a psychiatric facility but released later that night, messaging Caitlin: “I would never hurt you”.

Caitlin responded that she was scared he would murder her.

Two days later, he did.

On the morning of June 25, Sturt was in the lounge room of their shared home and Caitlin in the bedroom. He came in and started to pull off her pants. She fought him off and ran to the bathroom, arming herself with scissors. But Sturt overpowered her, turned the scissors on her and stabbed her, before smothering her with a pillow. He then tied a pair of tracksuit pants around her neck to ensure she was dead, showered and walked into the city casually telling police: "I've just killed my girlfriend".

Sturt pleaded guilty to the murder and was last week sentenced to 22 years prison with a non-parole period of 16 years. On the surface, it seems a hefty sentence. At least some level of justice for the young life taken so cruelly.

But the Judge’s sentencing comments quickly changed the tone. While Justice Christopher Beale noted there had been a history of domestic violence in the relationship, he did not label Caitlin’s murder as I saw it to be – a case of the highest level of domestic violence possible.

In fact, he rejected claims that it was. You see, when Sturt murdered his long-suffering partner, he was in a cannabis-induced psychosis. And this  – according to a Supreme Court Judge – was the sole reason he took a pair of scissors, a pillow and a makeshift strangulation device to an innocent woman, ending her life. Not domestic violence.

His words in sentencing were as follows:

“The fatal attack on Caitlin O'Brien occurred when [Sturt] was in an acutely psychotic state. It appears to have been motivated by several compelling beliefs, all of which were delusional in nature. These included beliefs that killing her was the morally right thing to do in order to save humanity and also to avoid himself being killed.

“I could find no evidence whatsoever of the fatal attack on Caitlin O'Brien was motivated by the same factors that it caused him to become violent on a repeated basis, earlier on in their relationship.

“Notwithstanding the prior history of domestic violence, in my opinion, in the absence of the psychotic episode, the killing of Caitlin O'Brien would not have occurred. His psychotic episode was a necessary and sufficient cause.”

Listen to The Quicky, Mamamia's daily news podcast. In this episode, we discuss what you should do if someone you know is experiencing domestic violence. Post continues below.

He also openly rejected a claim the attack was a “high-end example of the offence of murder”. According to Justice Beale, this murder was in the “mid-range”.

Despite a forensic psychiatrist finding that “Throughout most of the relationship…[Sturt] appears to have used various coerce behaviours, including violence, threats of violence and threats of suicide, in order to mitigate what he evidently perceived as the persistent likelihood of Caitlin abandoning him”, there was “no evidence whatsoever” that any of these circumstances lead to Caitlin’s murder.

I fear for any other victims of domestic violence who may hear this. I fear this downplays the severity of Sturt’s violence, for the horrendous nature in which he treated his partner for so many years. I fear that other violent, abusive men will try to hide their actions behind what appears to be the “defense” of narcotic-use.

This is not good enough. I thought we as a society were better than this, in terms of moving forward and fighting against domestic violence. Of holding men accountable for their abuse and teaching all men that violence will never be tolerated. But this case has shattered my hopes on that front.

We have a drug problem in this country. We also have a domestic violence problem. We cannot and must not blur the two.

Yes, this was a case of a drug-induced psychosis leading to a horrendous attack. It was also a case of a long history of domestic abuse which ultimately ended in the worst possible way. And we simply must acknowledge that, if we have any hope of ending the killing of innocent women at the hands of the men who say they love them.

Reply
Upvote
2 upvotes
We absolutely have a domestic violence problem, but we also have a mental health problem- they aren't pitted against one another. This man clearly was having psychotic episodes as well as being a domestic abuser. The judge didn’t deny his abuse of Caitlin, he said that it wasn’t what motivated the attack at the moment he killed her- I.e it wasn’t premeditated and hatred-fuelled killing. This isn’t a defence that people can ‘hide behind’, you have to show a real history of mental health issues and have very strong analysis by psychiatrists to pursue diminished responsibility. And we can’t deny people the right to have their mental illnesses taken into account in sentencing. I think this is a horrendous tragedy and I would support civil action by her family and seperate abuse charges for him- but I don’t think this is an ‘excuse’ for domestic violence. Honestly it’s one of the few cases where someone was charged, convicted and given a fitting sentence.
My only question here is how he was allowed to leave the hospital when he was suffering violent psychosis, and why police let him return to the house with her. The clinician who assessed him and decided he was safe should have their license reviewed. Hospitals need so many more resources for mental health admissions, and so much more willingness to deal with it.
Resources
Very Peri
Skin
News
General
Opinion
True Crime
Politics
Sport
Explainer
Entertainment
Celebrity
Reality TV
Movies
TV
Books
Rogue
Royal
Lifestyle
Beauty
Fashion
Weddings
Home
Wellness
Health
Fitness
Travel
Food
Family
Before The Bump
Pregnancy
Baby
Kids
Teens
School
Parent Opinion
Work & Money
Money
Finance
Career
Lady Startup