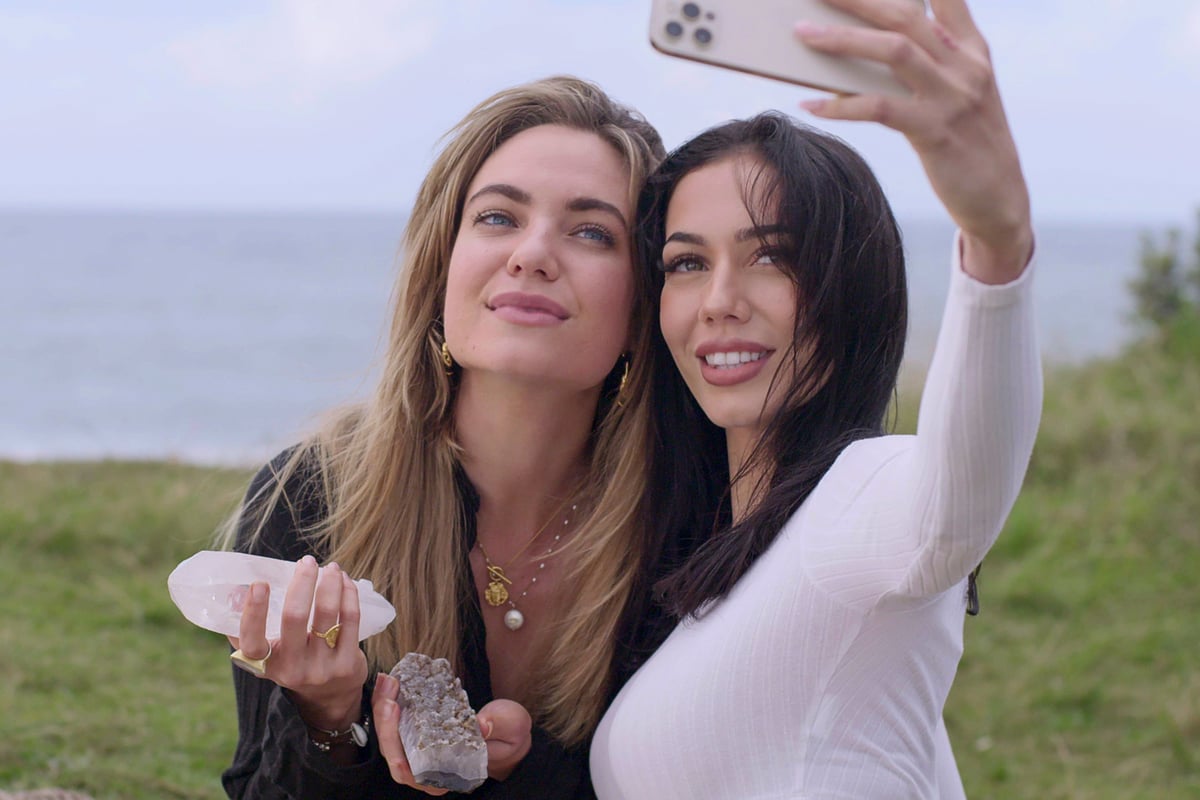 There’s a dash of concocted new friendships, a spoonful of love triangles, a sprinkling of wannabe heartthrobs giving carefully worded confessionals, and, most importantly, a large dollop of potential villains meeting up at a chic party in towering heels to have it out over a contrived drama. Just in time for the credits to roll.

Of course, it's also following the age-old reality TV script of having its cast of influencers attempt to thinly veil the real reason behind their participation on the show (money and social media clout, naturally), and instead have them all clock it up to 'following dreams' or other such sayings you'll likely find etched onto cheap stationery.

Set against the Instagrammable world of Byron Bay, Netflix's first Australian reality TV series chronicles the lives of the famous town's influencers, who all happen to think 'influencer' a bit of a dirty word and instead refer themselves as primarily fashion designers, models, social media managers, musicians and the ultimate slashie moniker - a spiritualistic therapist/fire twirler. 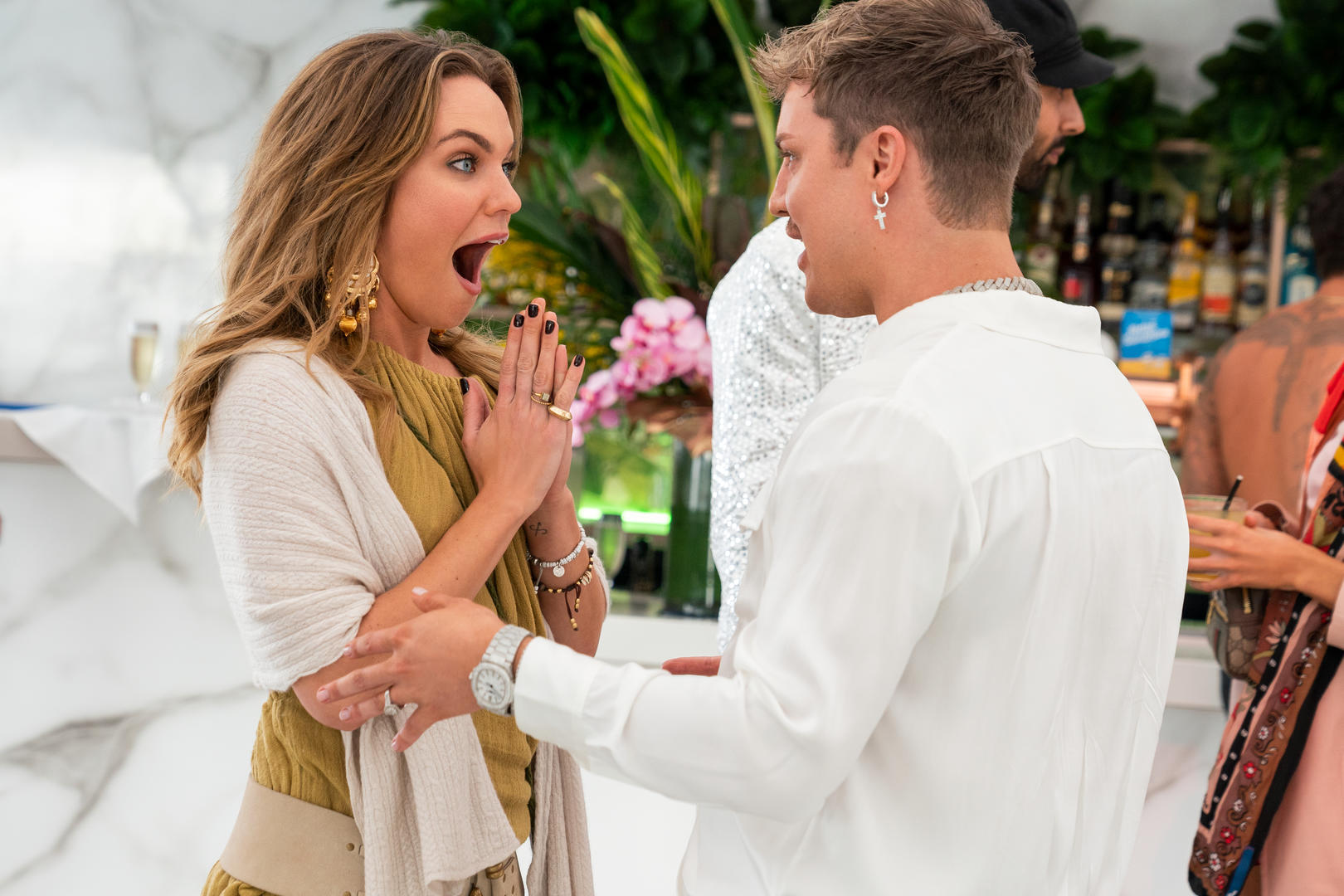 "At first glance, Netflix’s hyped new show Byron Baes appears to follow a tried-and-true reality TV recipe." Image: Netflix The two newbies who roll into town and attempt to break into the white-robed Byron gang take up a generous portion of the premiere episode, with their biggest hurdle being the fact that the locals all visibly recoil from them once they let slip where they've moved from.

(It's just the Gold Coast, which is basically a straight shot down the highway, but from the way the cast reacts you'd think they'd just confessed to hailing from that town in Chittty Chitty Bang Bang where a Child Catcher patrols the streets and rips innocent babies from their parent's arms.)

There's Jade Kevin Foster, who moved to Byron for the ultimate selfie backdrop and who proudly declares he's the most followed man in Australia. All while saying he built his career off the back of Kim Karadashian once sharing a photo of them together. A true influencer origin story if we ever did hear one.

There's also Sarah Tangye, a musician who heads off to the bright lights of Byron Bay with an air of 'if you can make it here you can make it anywhere', as if Byron is the sole musical mecca of the world - but we're willing to overlook this small plot mis-step.

Because, at times, Byron Baes feels like a repackaged version of The Hills and Sarah Tangye is our stand in Lauren Conrad.

Their association into the Byron group is so stage manged that you can basically see the producers gently nudging them across beaches and down hallways in a bid to fast-track their meet-cutes with other cast members.

It's all a scripted plan to get the main faces together for their first glitzy filmed event, a white-themed (of course) Ibiza-style soiree thrown by Hannah Brauer, whose parents own the homewares brand Bisque Traders.

This is a ploy that sets up Hannah to have it out with her frenemy Jessica Johansen-Bell, a local fashion designer and her model sister Lauren, but this climatic premiere scene is actually where the delicate fabric of Byron Baes begins to rip at the seams.

The Bell sisters, as they are referred to by the locals (an adequate villain duo nickname) build up an epic fight they've had with Hannah, who is either unaware she's being filmed for the series or so committed to her off the rails persona that she's become a caricature of what we expect a Byron influencer to look like. But when you find out the origin of this drama, it's low on the juice and heavy on snooze. 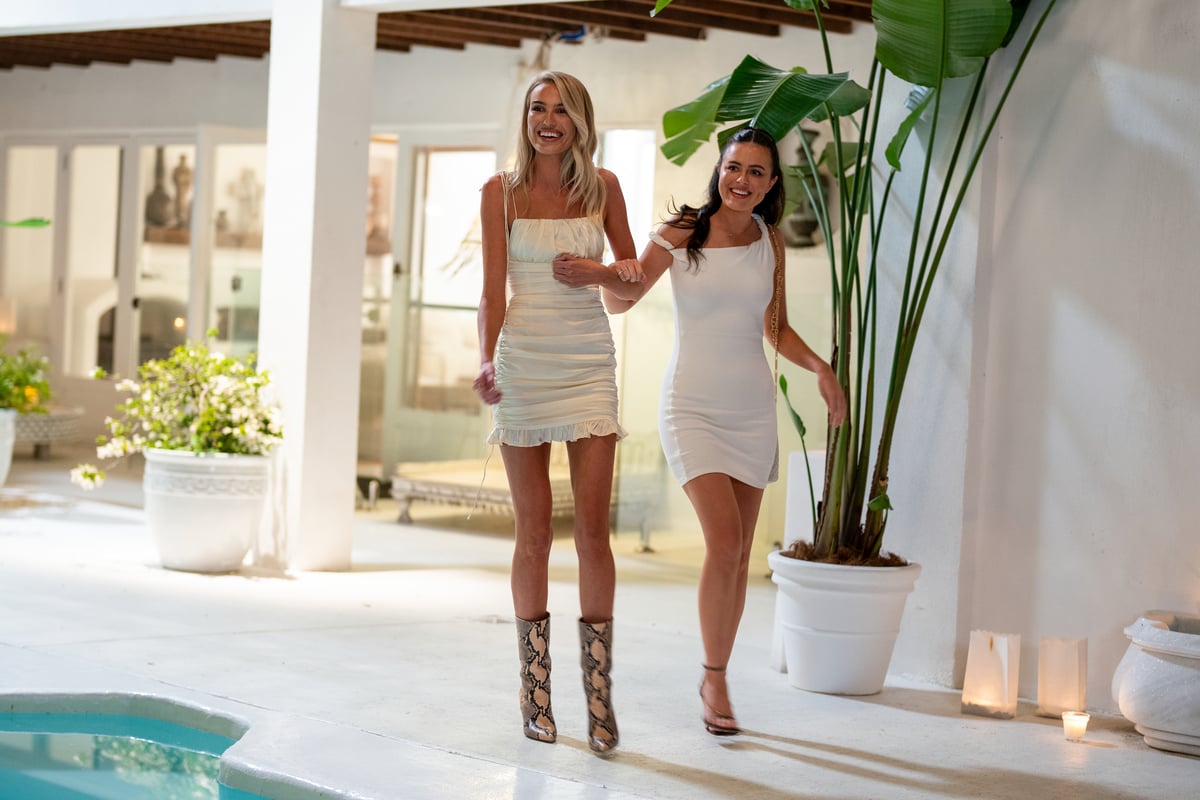 The Bell sisters in Byron Baes. Image: Netflix  The thing about Byron Baes is that, for all its froth and flimsy storylines, the thinking behind it is razor-sharp.

It's taken Australia's feverish interest in the escapades of influencers (don't deny it, the content and ratings evidence is all there) and thirst for trash-tastic drama and set it against a lux backdrop of beautiful people wearing beautiful clothes.

Therefore, tapping into an easy aspirational TV aesthetic designed to be a palate cleanser for all the gritty dramas that continue to dominate the streaming platforms.

The look of Byron Baes is all there, as if it was designed in a lab to fit the mould of what we expect a true docusoap style reality TV show to look like. But in the early stages of the show it appears confused about what it truly wants to be.

Hear the story behind Netflix’s Byron Baes on The Spill.

On one hand, it's attempting to show the real people hiding beneath these glossy high-profile Instagram accounts, and delve into the compelling world of Byron Bay itself and the eclectic group of people who call it home.

Yet on the flip-side, it's also attempting to draw us into a classic TV world of villains and love stories, but in this instance, it lacks the real meat of what makes reality TV such a phenomenon. Compelling characters who are able to sell us a story that hinges on real emotional drama, whether it's just a forced show for the cameras or not.

(For example, there's a scene where Jade is getting the backstory on the Hannah feud from the Bell sisters before the big party and I swear to God he could not pick these girls out of a line-up even if his Kim Kardashian selfie depended on it.)

Yet despite this flaw, Byron Baes is sure to be a success, and while it might not be the most complex dish on the menu, it's certainly the one Australia ordered.

All episodes of Byron Baes are available to watch now on Netflix.