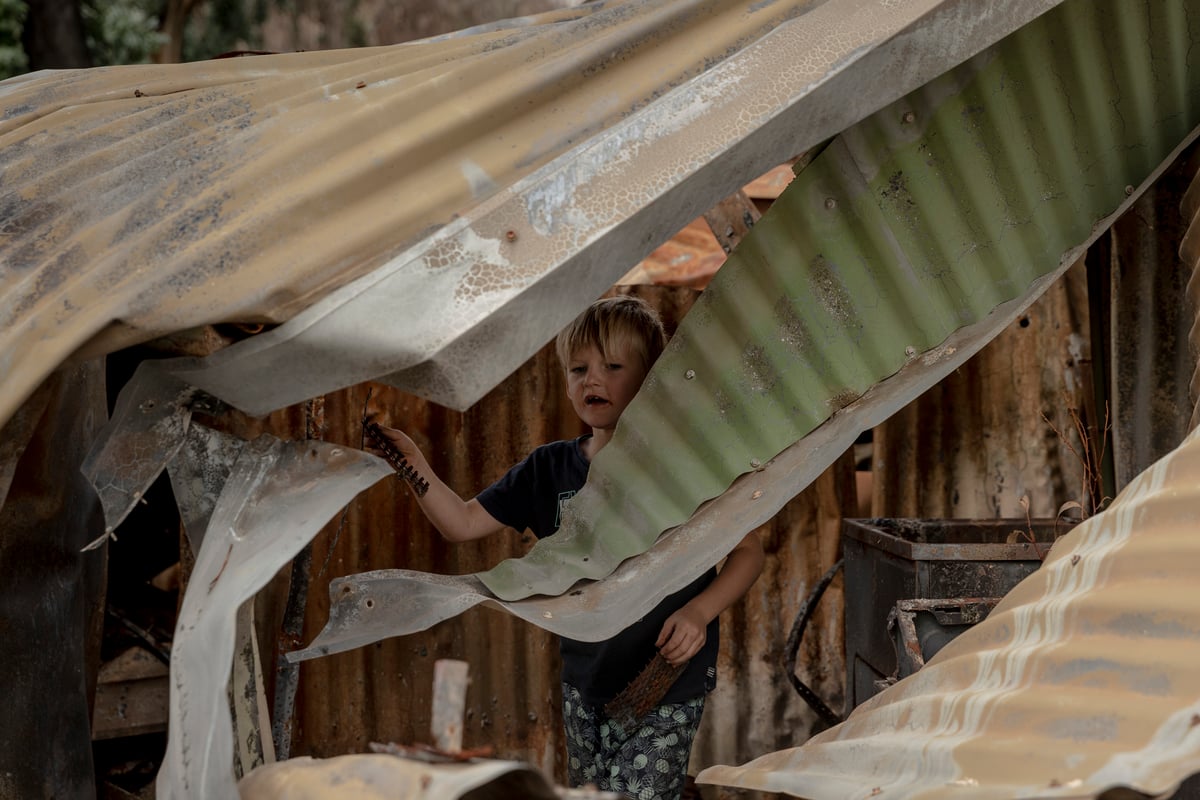 It's been six months since bushfires tore through family farms, communities, and towns, as Australia suffered through the worst bushfire season in our history.

As the news cycle has moved on to the next crisis, a global pandemic, Australians in regional towns across NSW and Victoria continue to quietly struggle, everyday, as they rebuild their lives in wake of the inconceivable damage left behind.

Thousands of people now live in caravans or tents, where they survive without the basic necessities including water, heating and toilets.

On Monday night, ABC's Four Corners investigated how the residents of Cobargo are dealing with the aftermath of the black summer.

Watch the trailer for the Four Corners episode on the recovery of the bushfires here. Post continues below.

On New Year's Eve, Cobargo was one of the towns on NSW's south coast that was engulfed with red skies as a firestorm decimated their homes and businesses.

Six months on, there is no running water. The town predominantly relies on water tanks that are donated.

"People are using bottled water or they're bringing in 20 litre containers of water to fill up here at the showground. And that's all the water they've got, because their whole water infrastructure has been burnt," Chris Walters, from the Cobargo Bushfire Relief Centre, told Four Corners' journalist Stephanie March.

Not only is that water used for drinking, but washing too.

One resident, Ronnie Eagles, explains how she has been going to the bathroom since her house turned to ashes. ﻿

“I did dig the old-fashioned toilet,” Ronnie explains.

“I can put a tree in it afterwards and close it on in, and I’ll have a good tree then,” she jokes.

For showers, many residents are forced to go in to town for a shower in the public bathrooms.

For Ronnie, she makes that trip every few days. On the days she can't go, due to the cost of petrol, wet wipes suffice. 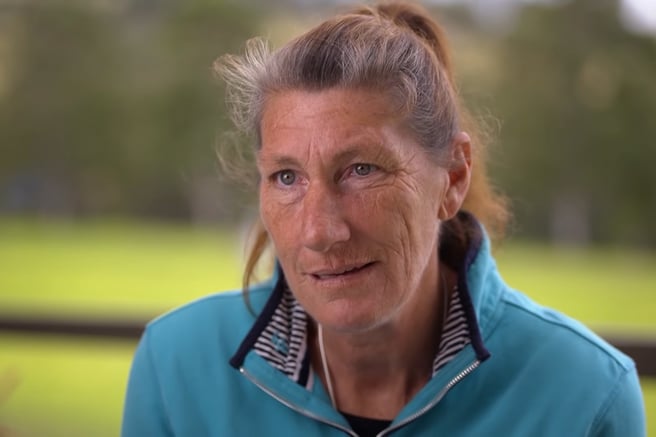 Ronnie was one of the Cobargo residents who now lives in a caravan after the bushfires. Image: ABC.

Dave Allen, who runs Cobargo Hotel, says: "The scale of this is huge. And the response to that has got to be huge as well, and I just don't think it has been."

As the owner of the only pub in town, he talks to the bushfire victims every day, giving him a close understanding of the unacceptable conditions they live in.

"I just don't understand with all the money that was donated through various charities, all the government assistance, almost five months down the track there's people still living rough," Allen explains.

"We're in Winter now. When you've got people living in tents and caravans in the middle of winter, there's going to be more people that virtually give up because they don't have any hope. And this could go on for years." 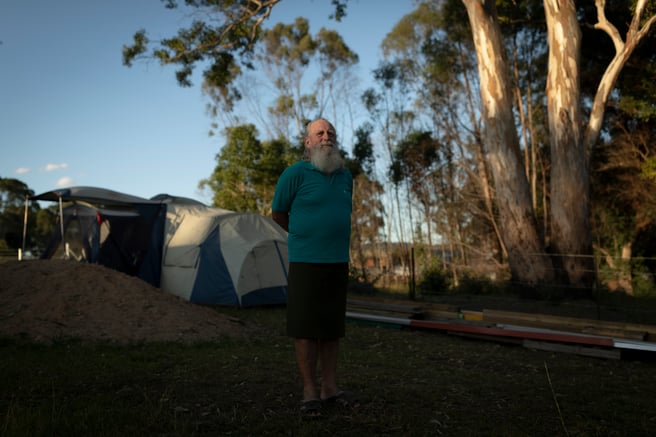 One resident of Cobargo outside of his temporary accommodation, a tent, after he lost his home in the bushfires. Image: Getty.

At the end of last month, Red Cross gave an update on how the funds donated to them for bushfire relief has been used so far.

Since July 2019, $227 million has been donated to the Red Cross for the Australian bushfires.

The organisation explains that as of June 30, $133 million has been disbursed so far, including $119 million paid in grants to 4380 people.

The organisation is also planning for the mid-to-long term impact of these bushfires, and will use $18 million for a minimum three-year community recovery program.

The Salvation Army received $41 million in donated funds, and had distributed more than $21.6 million in direct financial assistance to more than 11,600 Australians affected by the bushfires as of June 5.

Despite the millions raised, towns remain in dire need of more assistance to help recover and rebuild their lives and homes. Many bushfire victims told Four Corners the recovery support so far - from both government agencies and charities - has simply not been enough for them to rebuild.

"Don't forget about us," Chris Walters from the relief centre says. "We're still struggling. It's going to take a very, very, very longtime for the bush-fire affected people and countryside and villages and economies to recover, if in fact some of them ever do."

You can watch the full Four Corners episode here.