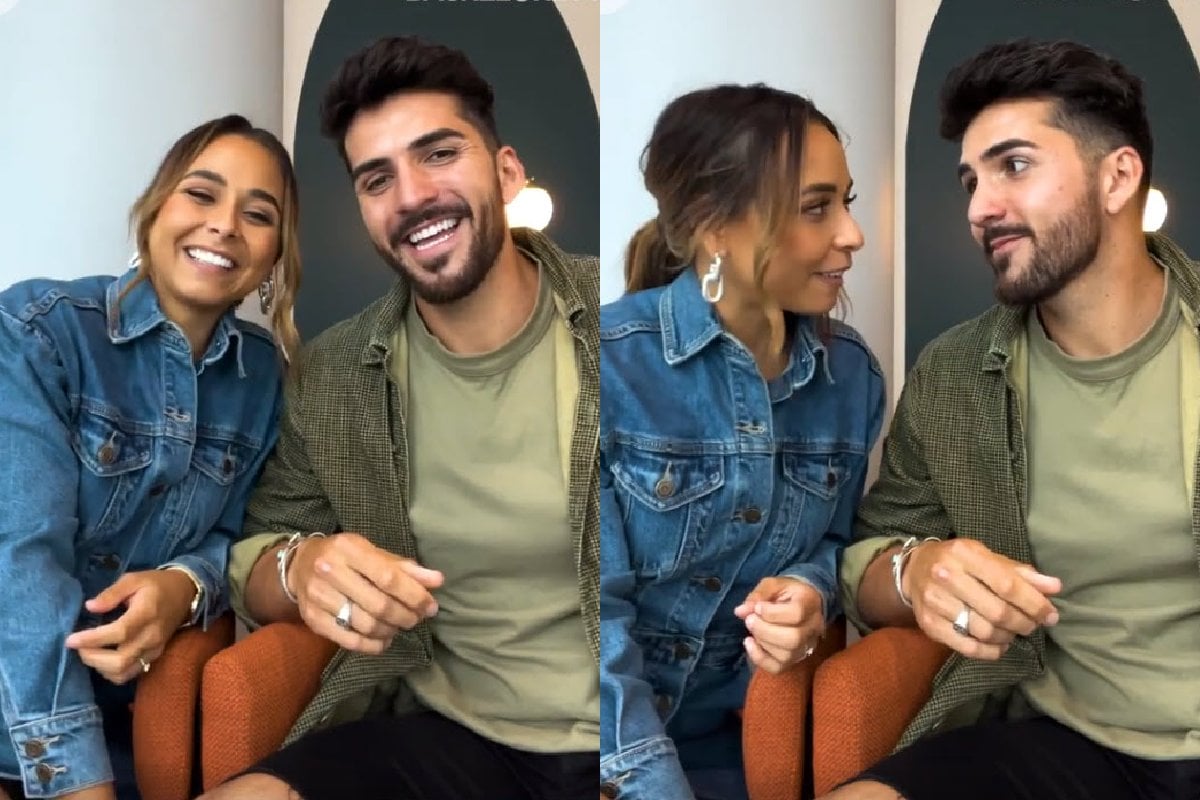 "It's sick, isn't it?" Bachelorette Brooke Blurton told Mamamia, alongside her chosen winner Darvid Garayeli, the day after their finale aired.

Darvid initially didn't think it was going to happen like this. When he stood in front of Brooke during the finale filming and she broke down, he thought she was trying to break up with him.

"I genuinely thought she was dumping me. I felt pretty good the whole time. I think just that day everything was boiling up, and I was really, actually processing the fact that she might not choose me," he explained.

"Anyone can see how beautiful of a person Jamie-Lee is. And you just don't know, so I was processing it. At the end of the day I really do want Brooke to be happy so I was just trying to process it."

Turns out, she was just really overwhelmed by love. Bless.

Brooke and Darvid been living in a weird limbo full of secrets and Zoom calls since that time, but the benefit of that is being able to build a really solid relationship foundation, they said.

"I think it's actually been really nice in a lot of ways. It's been very difficult but we've actually stripped back so many of the luxuries that you have in the beginning of a relationship," Darvid said.

"So it's just been over communicating and setting up a really stable base, I think."

Brooke agreed, as they hadn't been able to do much other than talk.

"The thing with me and Darvid is that we're just so completely on the same page with everything, like its kind of crazy how in sync we are in so many ways. We've had such different lives, but so compatible and such very giving and loving people," she said.

"We want the same things in life and we're really ready to start on them."

They're not wasting anymore time: Darvid, originally from Brisbane, is moving to Melbourne to be with Brooke today, the day after the finale aired. 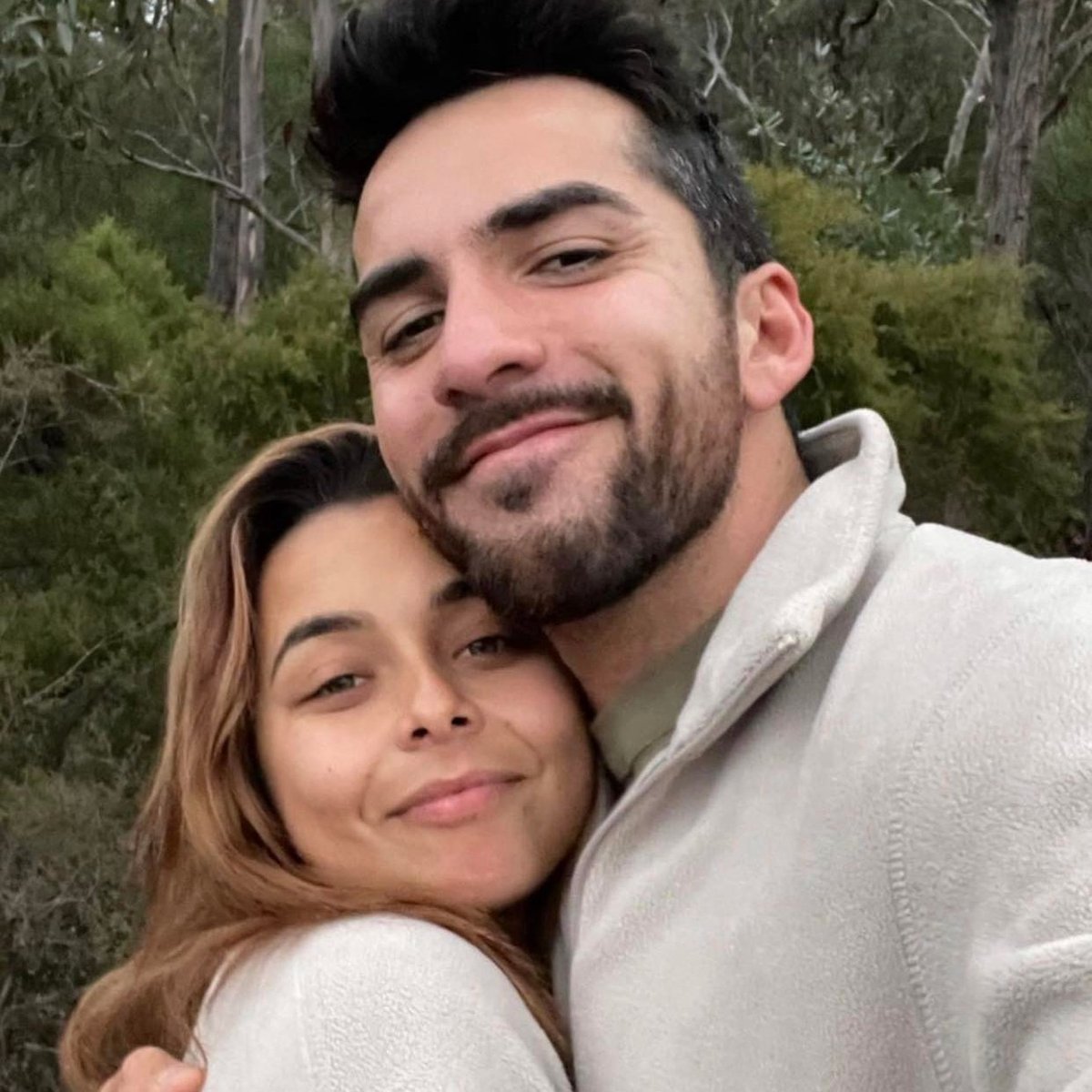 With the show now wrapped up, they're mostly just looking forward to being... normal.

"We have plans this weekend, we'd like to log off a little bit, and we just want to absorb this, just be in our house," Brooke said. "We just want to settle. We don't feel like we have any need to push our relationship out there, it's out there already, everyone can see it. We are going to go off-grid for like, the next three days."

While they are the season's main love story, there have also been other relationships to come from the show, and both say they're really happy to have watched those blossom.

Holly, who made Brooke's final three, and intruder Millie are together, and fan-fave Konrad is dating Abbie Chatfield, who also appeared in the finale as one of Brooke's friends.

Brooke said despite headlines that she and Abbie had fallen out over this, they are "good, really good". The Instagram unfollow was apparently... an accident.

"We're stoked," Darvid said of the other matches. "The whole point of the show is for Brooke to find love, and we've found that. As for everyone else, I've kept in touch with Holly and spoke to Konrad, I think Brooke has as well. So we're happy for them."

"I think the bunch of people that I had this season, I hate to be completely bias, but I think they're really good, fun people, very genuine and very authentic," Brooke added.