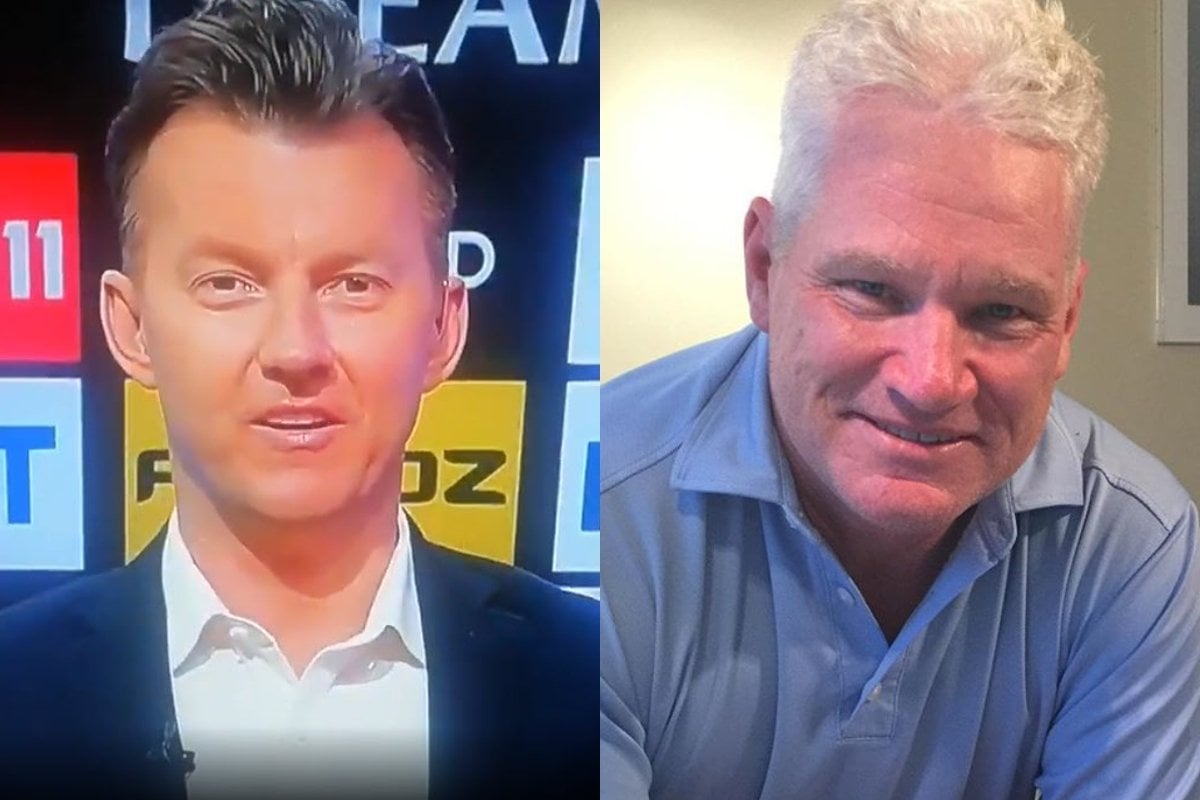 On Thursday evening, former Australian cricketer Brett Lee fronted Indian television as planned, in his role as a commentator for the Indian Premier League.

But only hours earlier, Lee had performed CPR on his friend and colleague, Australian cricket legend Dean Jones.

Jones died suddenly of a heart attack aged 59 in the lobby of their Mumbai hotel, with Lee working to help him for half an hour before an ambulance took him to hospital where he could not be saved.

Lee was on air within hours of the incident for their Select Dugout show, alongside ex-New Zealand cricketer Scott Styris, discussing how 'Deano' would've wanted them to be there.

Styris recalled his last hours with Jones, eating breakfast together and watching him run down the hotel hallway.

"That was his way of keeping fit because of course we are in the bubble here in Mumbai,' he explained.

"Who would have thought merely a couple of hours later he had this heart attack or some sort of cardiac problem. It's incredibly sad. For me, we had a lot of friendly banter," he said, grimacing and looking towards the ceiling to maintain his composure.

"I think the thing we want to say about Deano is he would have wanted us to be here tonight," Lee said, jumping in.

"It's pretty much the 'Select Deano' we call it. It's Deano's dugout tonight.

"He is an absolute legend. Firstly to his family and friends we send our condolences. It's a real tough day for everyone, not only for his close mates... and the whole cricketing world in general.

"What Deano would've wanted is for us to come out here in the dugout, get it done, have some fun for the game we all love."

'This is me waiting for dad to come home.'

Jones' wife and two daughters remained in Australia while he was working in Mumbai.

Two weeks ago, Phoebe Jones celebrated Father's Day by sharing a photo of herself as a child waiting at the side of a cricket ground for his dad to make his way back to the pavilion.

Can you spot me? 👀 ➖ This is me waiting for @profdeano to come home and he’s only just left!! Happy Father’s Day to the most dedicated and generous man I know 💓 I love you!

"This is me waiting for [Jones] to come home and he's only just left!!" she wrote, referencing the fact her dad had travelled to India for work.

"Happy Father's Day to the most dedicated and generous man I know. I love you!"

|| As this strange year 2020 continues on, it has made me so grateful for the beautiful family that I have. This year has shown me how important it is to hold on to the things that truly matter - above all else ❤️ 🌷

Her sister Isabella, who goes by Augusta on social media, shared a message to her Instagram story.

"I cannot believe I am writing this," she said.

"You held my hand through the toughest times this year, how will I do this without you? The heavens have opened their gates for another angel. Wait for me Dad.

"Everything I do is for you. I love you Dad."

In a photo caption, she called him the love of her life.

Love of my life. My hero. My best friend. Dad. Rest in Peace 🌹

Tributes for Jones have come from right across the cricketing world, with plans already beginning to honour him, according to Cricket Australia chairman Earl Eddings.

"We will work through the family and Victoria and Australian cricket and work out the most appropriate way to recognise and celebrate his life because he had such an impact," he said.

"We will work through that over the next few days. The most important thing now is to worry about his family."

On Channel Nine, Eddings said Lee was "traumatised" by what happened and that Cricket Australia would support him.

"We're trying to work out a way how to support his family. The cricket family will come together and we'll mourn, we'll cry, we'll grieve for him and then celebrate his magnificent life," Eddings said.

"[We also have to] look out for Brett Lee, how can we support Brett, who was obviously very traumatised by what happened.

"Really just getting the cricketing family together and support Dean's family but also Brett."