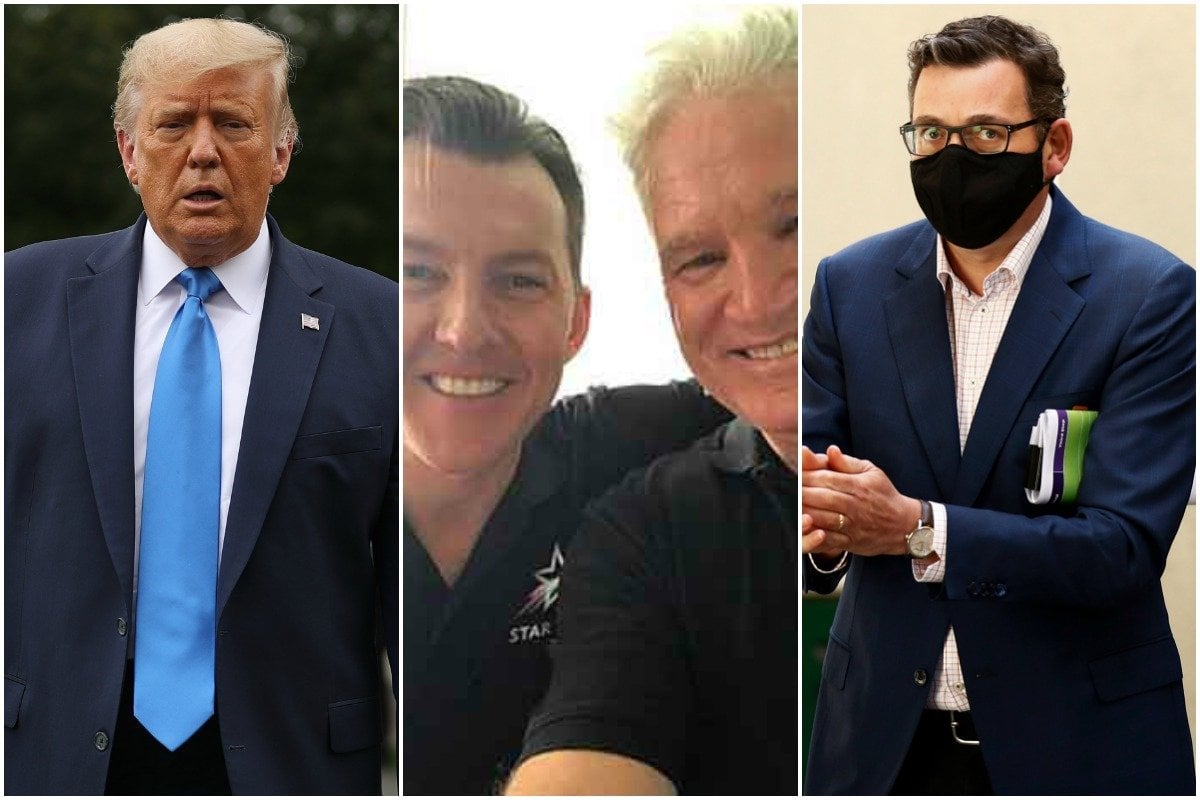 Coronavirus supplement cut in half from today.

More than one million unemployed Australians are today taking a $300 cut to their JobSeeker payments.

The Morrison government is cutting the coronavirus supplement to $250 from $550 a fortnight on Friday until December 31. From January 1, 2021, it will cease and the amount will revert back to pre-pandemic levels.

Under the changes today single people with no dependents will be left with $58 dollars a day, but the Treasurer has pointed out that it's still more than what it was for those on the dole before the coronavirus pandemic.

Asked why he had decided against keeping the doubled dole in-tact, Josh Frydenberg suggested he did not want the generous payment to put people off finding jobs.

For those on JobSeeker, the government supplement payments will drop to a maximum fortnightly rate of $815.70 for a single person with no children.

A new JobKeeper part time rate is also kicking in for those who were working less than 20 hours a week before the pandemic hit. The maximum fortnightly rate will drop to $750.

Brett Lee went on television just hours after trying to save the life of cricket legend Dean Jones.

Cricket legend Dean Jones has had a heart attack overnight in a Mumbai hotel while working in India in the commentary booth for the IPL.

Both Jones and fellow cricketer Brett Lee were both part of Star India's English dugout commentator pool for 2020.

After having the attack in the lobby, it's been reported that Lee performed CPR on his colleague and friend who was then taken to hospital. 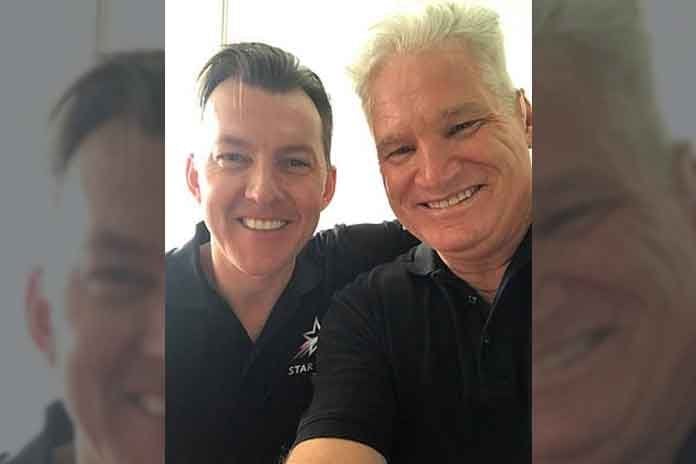 Lee then returned to his commentating duties on TV just hours after his death, describing his friend on air as an "absolute legend."

Inducted into the Australian Cricket Hall of Fame in 2019, Jones was a favourite of so many sport's fans in the 1980s and early 90s.

NSW eases restrictions as weddings and parties back on in QLD.

NSW will allow weddings with up to 20 people in bridal parties allowed to dance, extending permission from just the bride and groom.

Good news if you’re getting married! Up to 18 people from your bridal party can now join you on the dance floor.

A range of school activities including camps, excursions and formals are also set to return from next month.

The latest relaxations come after three consecutive days without community transmission of the virus, while there was just one new case in hotel quarantine.

Queensland has gone two weeks without the disease spreading through the community and now has only five active cases.

Gatherings of up to 30 people will be allowed in people’s homes and outdoors.#covid19au pic.twitter.com/xvrs8wiZQZ

As a result, the government is giving the green light to house parties this weekend with the 10-person gathering limit now lifted to 30 across Brisbane, Logan and Ipswich.

Those areas are also allowed to restart visits to nursing homes and hospitals.

Andrews: Victoria won't be taking "massive steps" out on Sunday.

Melbourne will not take "massive steps" out of its lingering lockdown as Victorian Premier Daniel Andrews moved to temper expectations ahead of a much-anticipated announcement on Sunday.

The city's crucial 14-day COVID-19 case average plummeted to 26.7 on Thursday, below the 30-50 threshold needed to trigger to the next stage of normalisation.

Despite a day earlier indicating some restrictions could be eased quicker than planned, Mr Andrews was talking down the prospect of major changes to Melbourne's lockdown. 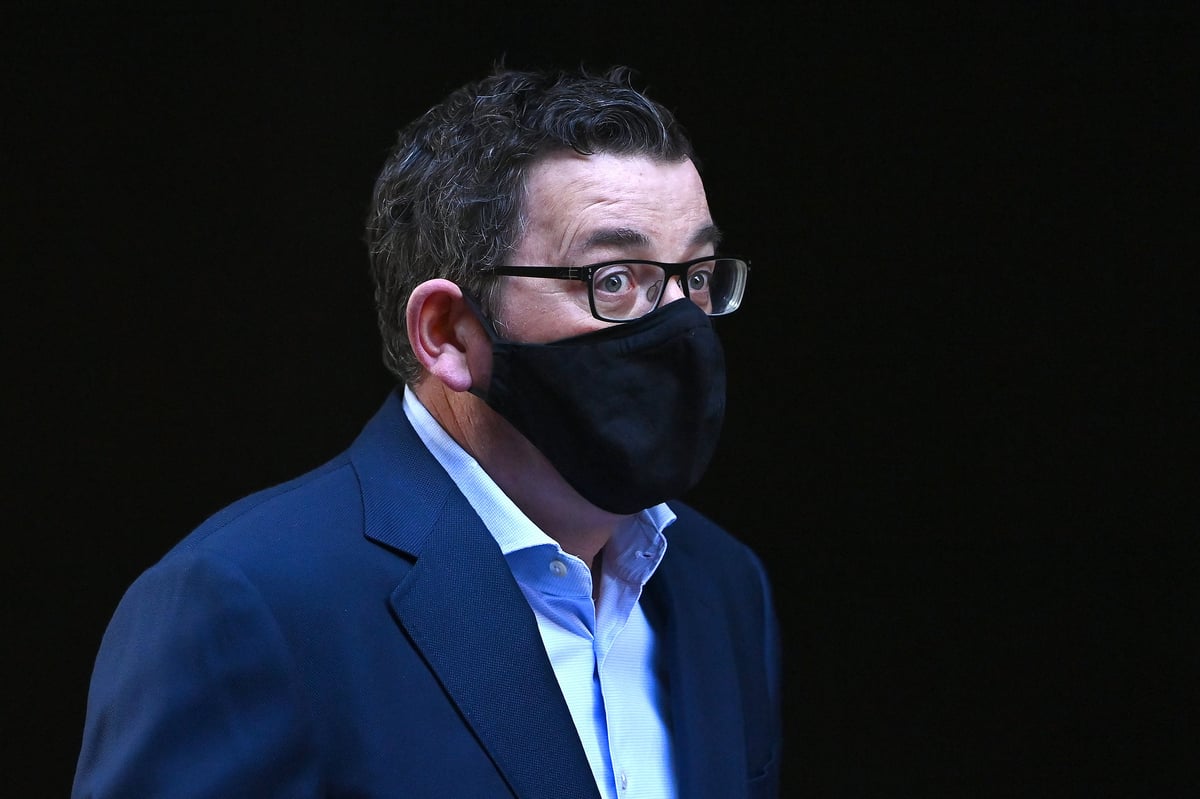 Daniel Andrews says Sunday won't be a day of "massive steps" despite the numbers of COVID dramatically falling in the state. Image: Getty.

"Sunday will not be a day of massive steps," he told reporters on Thursday. "The roadmap does not speak to that. It is not a day when we essentially throw the doors open."

Proposed changes include a staged return to school for some students and an allowance for pubic gatherings of five people from two households.

Mr Andrews said the figures were still "too much" to skip to "step three" a month early.

Premier Daniel Andrews is set to appear before an inquiry into Victoria's botched hotel quarantine scheme.

The premier is likely to be grilled on Friday over the fateful decision to hire private security guards to oversee returned travellers, rather than the police or the Australian Defence Force, who assisted in NSW and Queensland.

Health Minister Jenny Mikakos on Thursday became the third government minister to deny any involvement in the decision to use the guards, following Jobs Minister Martin Pakula and Police Minister Lisa Neville on Wednesday.

The inquiry has heard the decision was definitely made on March 27, the day national cabinet announced the hotel quarantine program.

The premier is the last witness at the $3 million inquiry, headed by retired judge Jennifer Coate. It will hand down its final report on November 6.

Confessed rapist Bradley Robert Edwards has been found guilty of murdering two women in Perth in the 1990s but acquitted of slaying a third woman.

Edwards, 51, denied abducting and killing secretary Sarah Spiers, 18, childcare worker Jane Rimmer, 23, and solicitor Ciara Glennon, 27, after they each spent a night out with friends in the affluent Claremont suburb's pubs in 1996 and 1997.

The ex-Telstra technician faced a marathon seven-month trial in the Supreme Court of Western Australia which concluded in late June.

"He stole our freedom." Link in bio. ⁠

The bodies of Ms Rimmer and Ms Glennon were discovered in bushland weeks after they were killed, but Ms Spiers' body has never been found.

Edwards shook his head when the guilty verdicts were delivered.

He will be sentenced at a later date.

READ: 'I watched the judge deliver the Claremont Killer verdict. Like many women, I had a score to settle.'

Republicans vow 'orderly transition' in US.

The top Republican in the US Congress has vowed an "orderly transition" of power after November's presidential election, a day after President Donald Trump declined to explicitly commit to a peaceful handover.

Trump was asked by a reporter if he would commit to a peaceful transition - in the event that he lost - and he declined.

"We're gonna have to see what happens," the president answered during a White House press briefing.

The Republican president, who is trailing in the polls, has also been increasingly indicating he will fight the election results in the courts, while accusing the rival Democrats of carrying out a "scam" and possible fraud.

"The winner of the November 3rd election will be inaugurated on January 20th. There will be an orderly transition just as there has been every four years since 1792," Mitch McConnell, the Senate majority leader, tweeted on Thursday.

The winner of the November 3rd election will be inaugurated on January 20th. There will be an orderly transition just as there has been every four years since 1792.

Republican Senator Mitt Romney, the party's 2012 candidate for president, was one of the first to lash out at Trump, tweeting: "Fundamental to democracy is the peaceful transition of power; without that, there is Belarus."

Fundamental to democracy is the peaceful transition of power; without that, there is Belarus. Any suggestion that a president might not respect this Constitutional guarantee is both unthinkable and unacceptable.

Mary Trump, the niece of Donald Trump, is suing the US president, accusing him and other family members of cheating her out of tens of millions of dollars from an inheritance.

The complaint filed in a New York state court in Manhattan against Donald Trump, his sister Maryanne Trump Barry and the estate of his brother Robert Trump, who died in August, accused the defendants of "rampant fraud" and conspiracy. 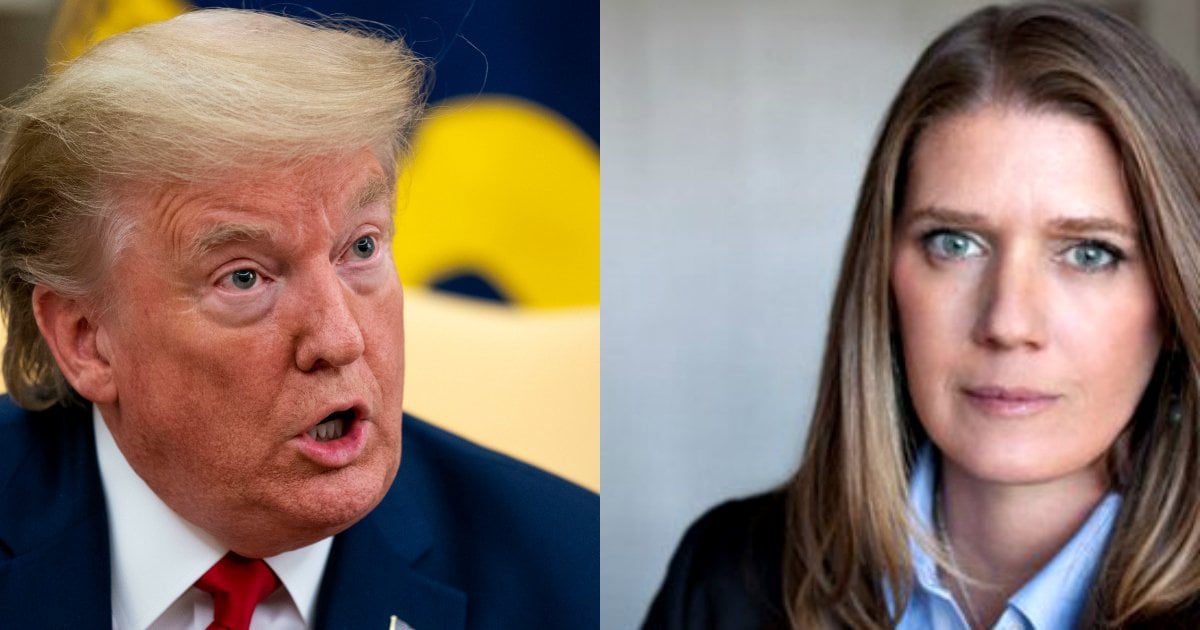 The complaint retraces some allegations that Mary Trump made in her recent tell-all book Too Much and Never Enough: How My Family Created the World's Most Dangerous Man.

Mary Trump accused the president and the other defendants of moving to "squeeze" her out as they maneuvered to take control of the estate of her grandfather Fred Trump, the father of Donald Trump, who died in 1999.

This year's Archibald Prize winner will be revealed on Friday with portraits of refugee Behrouz Boochani, Indigenous author Bruce Pascoe and popular actor Magda Szubanski among the contenders.

Sharpe won the Archibald in 1996 while McDonald has been a finalist six times, with this year's winner to be awarded $100,000.

Human rights are a strong thread in this year’s #ArchibaldPrize entries.

For @Artguideaust I yarn with

- The US government has one day to file paperwork defending a rule prohibiting downloads of social media app TikTok or the ban will be delayed. It was meant to come into effect on Sunday night.