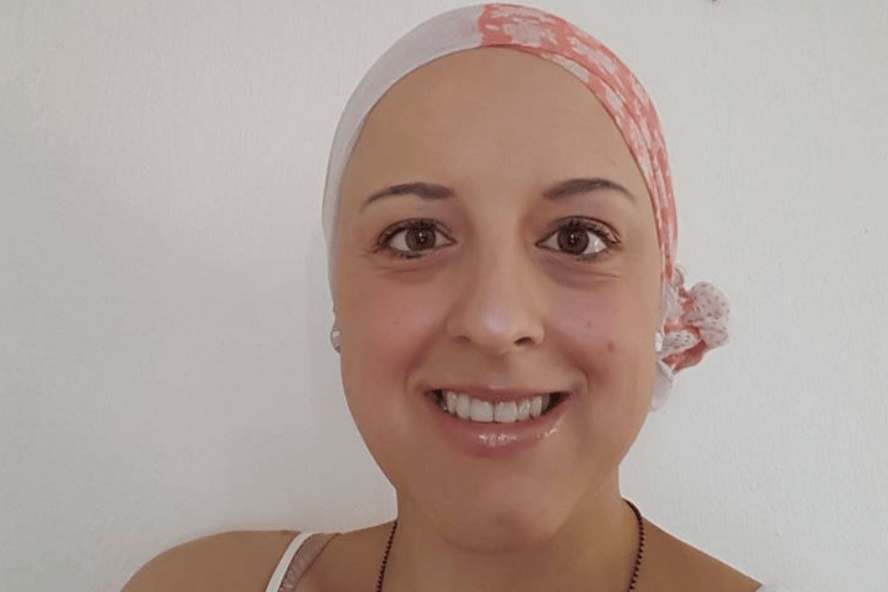 I used to be one of those women who fell into the trap of needing to look a certain way in order to be seen as beautiful.

I spent my twenties endlessly dieting in order to maintain my figure and fit into the skimpiest outfits, which I thought were attractive at the time. My bathroom was filled with hair products promising to turn my curly, frizzy hair into gorgeous silky Victoria's Secret locks, and I was the proud owner of a makeup collection that kept Napoleon Perdis in business.

My ventures outside consisted of an hour-long ritual of washing and straightening my hair, cleansing and toning, applying primer and foundation, powder, contouring, highlighting and bronzing followed by eye shadow, eyeliner, mascara and lip gloss - and that was just to take the rubbish out.

My Facebook was filled with endless photos of me looking immaculate, and just like anyone else's, my ego got a big boost the more likes and comments I got on them.

My husband always told me he preferred me without makeup, wearing a t-shirt, jeans and sneakers and my hair swept back into a ponytail. 'The casual look', he called it, a term which really didn’t exist in my vocabulary.

Until I was diagnosed with cancer.

As every new mum can attest, pregnancy does strange things to your body. My 12C perky melons gave way to saggy shrivelled-up grapes, and a push-up bra became my best friend.

It was my obsession with my body and having firm breasts that led me to stand in front of the mirror one day after a shower and lift my breasts to where they used to be, only to feel a lump.

This is new, I thought to myself. It had been a while since I'd stopped breastfeeding but having had a few lumps post-pregnancy I was sure it was another blocked milk duct.

I decided to see the doctor, who too felt it was nothing, but we got a second opinion to be sure.

At the age of 32, 10 months after the birth of my son, I was told I had Triple Negative Invasive Carcinoma in my right breast.

I recall sitting in a daze at the Icon Cancer Centre listening to the nurse talk about the possible side effects of chemo. Hair loss, nausea, mouth ulcers, weight gain, loss of appetite, skin conditions, fatigue, and worst of, all early menopause - and that was just to shrink the tumour before having a double mastectomy and then reconstruction.

I somehow naively convinced myself that I would be one of those people who wouldn’t have any side effects, or that I would do whatever I could to minimise them.

Straight away I chopped my long locks into a pixie cut, which to my surprise looked better on me than long hair, and rocked up to my first chemo session as if I was going to a fashion show, seemingly unaffected and determined that cancer wouldn’t change my life.

One night, just before heading out on a date with my husband dressed in my new Sass and Bide outfit, reality came calling and brought me back to earth with a vengeance.

My beautiful hair started falling out in clumps, and just like that our glamorous dinner date turned into me sitting in the bathtub listening to the sound of the shaver and watching my husband carefully shave my head. 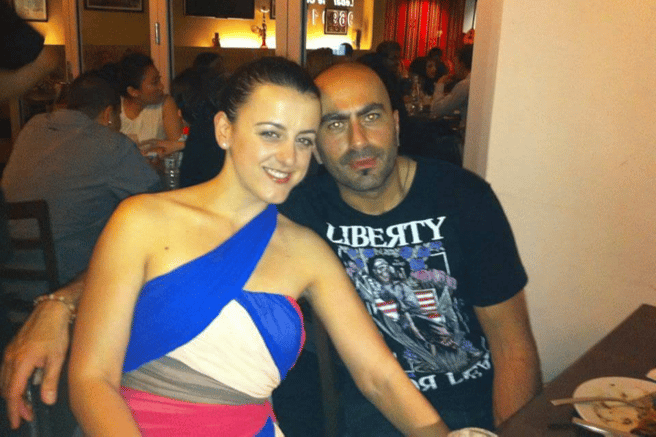 Janna with her husband, before cancer. Image: Supplied. So there I was, bald, standing in front of my husband with mascara running down my face, my designer clothes covered in hair and feeling as if my whole world had collapsed around me. He turned to me and said, “You know you look like Sigourney Weaver in Alien, you are so sexy”. I couldn’t help but laugh.

Since my first chemo, I have experienced most (if not all) of the side effects that came from Taxol, or as my oncologist calls it, “the red devil of chemo”.

Hair loss, including the world's fastest and most painless Brazilian, a five kilo weight gain, mouth ulcers, constipation, debilitating fatigue, hives that won’t go away no matter how much Claratine I take, nausea so bad I go to the hospital for three days after each chemo, and last but not least, the hot flushes that come from The big M - yep, menopause.

And yet I have never felt so liberated in my life.

The first time I went out in public without a scarf or a hat was purely by accident. My husband picked me up from home to go and look at some furniture, and I just ran out of the house without thinking. As I got out of the car he said, "You are so brave for coming out without anything on".

To be honest, I didn’t even think about it - it seemed natural, and I realised that for the first time in my life I was comfortable in my own skin.

Now my morning ritual consists of waking up and turning the alarm off 10 times before my son shrieks at seven am.

I get out of bed and throw on a t-shirt and trackies, brush my teeth, rub sunblock on my face and bald head, take a gazillion tablets and run downstairs into my son’s room.

I take my son for a walk around our neighbourhood and chat to my neighbours, never for a minute worrying about how they will see me. Which brings me to my perception of beauty.

I no longer look at magazines or aspire to look like Jennifer Lopez like I used to. Though she is stunning, I see beauty so differently now.

Beautiful is the woman who, although her skin was red from radiation, came straight after her treatment to sit with me during chemo. The woman with the elastic sleeve on her arms from the Axillary Lymph Node Dissection, who had coffee with me as I told her about my cancer. The woman with the portacath who talked me through the chemo while undergoing treatment herself. The woman who told me she wishes she had a double mastectomy because after 12 years of remission her cancer came back in the other breast. The woman who, after having reconstructive surgery, dared to wear a top with a plunging neckline.

I see beauty through love now.

I see it through my son’s eyes as his face lights up when he sees me. I see it in the morning as I look over at my husband, and he wraps his arms around me.

I see beauty walking on the beach, with the sun on my face and the sand on my feet. I see it in the pink, yellow and purple flowers that grow in my garden. I feel it in the laughter that comes from being with friends.

So when the day comes for me to remove my breasts, it’s going to be an easy decision, because at the end of the day they are only skin deep. And I will always choose life, because life is beautiful.

Janna is sharing her story as an ambassador of Pink Hope, Australia’s leading preventative health hub, educating and empowering women to know their risk of developing breast and ovarian cancer, through programs and personalised support services.