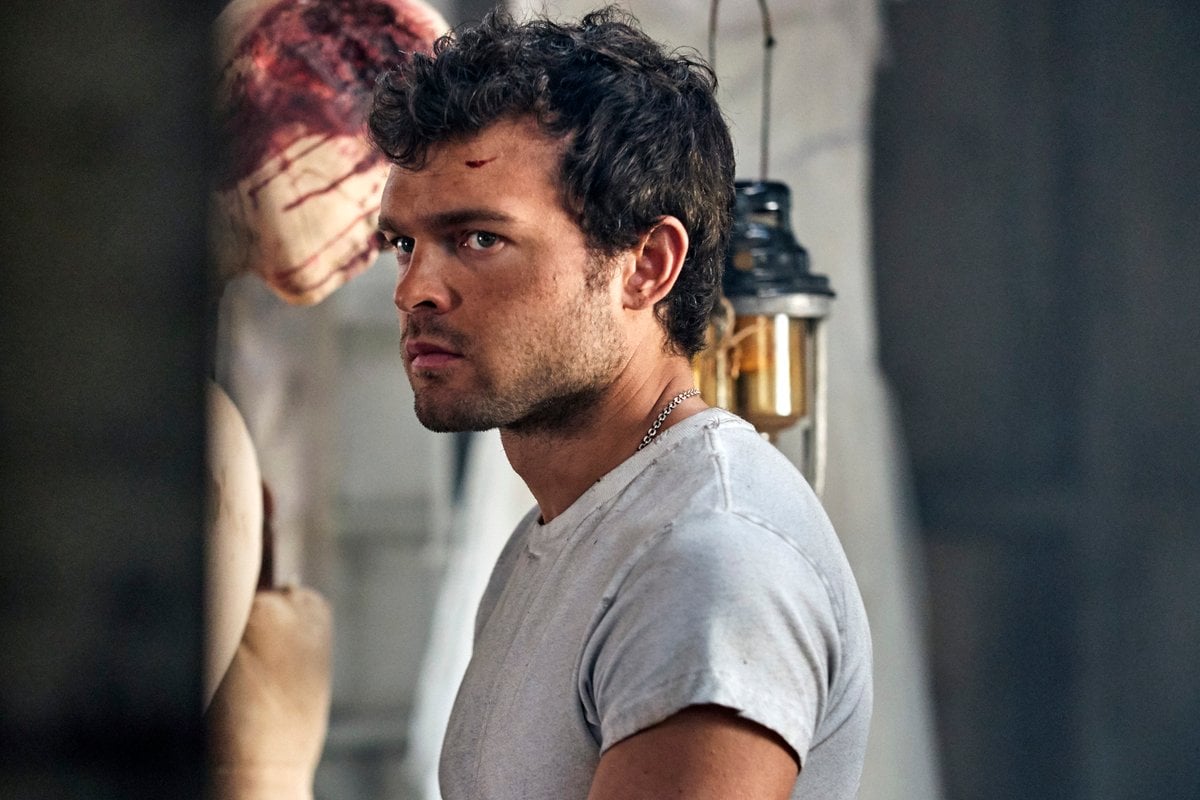 "Welcome to New London. We have three rules. No privacy. No family. No monogamy. Everyone is very happy."

That is the straightforward message at the start of Stan's new dystopian drama, Brave New World.

And at first glance, it's a message that seems to ring true in the polished world of New London.

Based on one of the first major British dystopian novels, Aldous Huxley's Brave New World transports us to the "perfect" society of New London – a world where monogamy, family and privacy have been outlawed.

It's an entirely genetically engineered society, consisting of Alphas, Betas, Gammas and Epsilons that are mass produced on a conveyor belt.

Watch the trailer for Stan's Brave New World below. Post continues after video.

While the Alphas sit at the very pinnacle of society, other humans in New London were purposefully designed to be born into lower castes, leading them to become menial low-class workers.

Despite what you may expect, the lower castes don't resent their position in society. While everyone has their pre-determined place to meet the needs of New London, no one is unhappy about it.

Instead, the humans in Huxley's world avoid inconvenient emotions like sadness and anger, clicking their Pez-like dispensers at regular intervals to get their next fix of Soma, a pea-sized pill they've been conditioned to take to keep their "levels" steady.

Essentially, job dissatisfaction – and any form of negative emotion – is a thing of the past in New London. Likewise, family, monogamy, marriage, and affection have been entirely discarded, while casual, consequence-free sex is the norm.

Lenina, a Beta Plus, works as a hatchery scientist overseeing human reproduction, whereas Bernard, an Alpha Plus, oversees the conditioning of children in the hatchery.

In the first few moments of Brave New World, Lenina is called to Bernard's office after she had sex with Henry Foster (Sen Mitsuji) 22 times in just a few months – a serious no-no in New London. 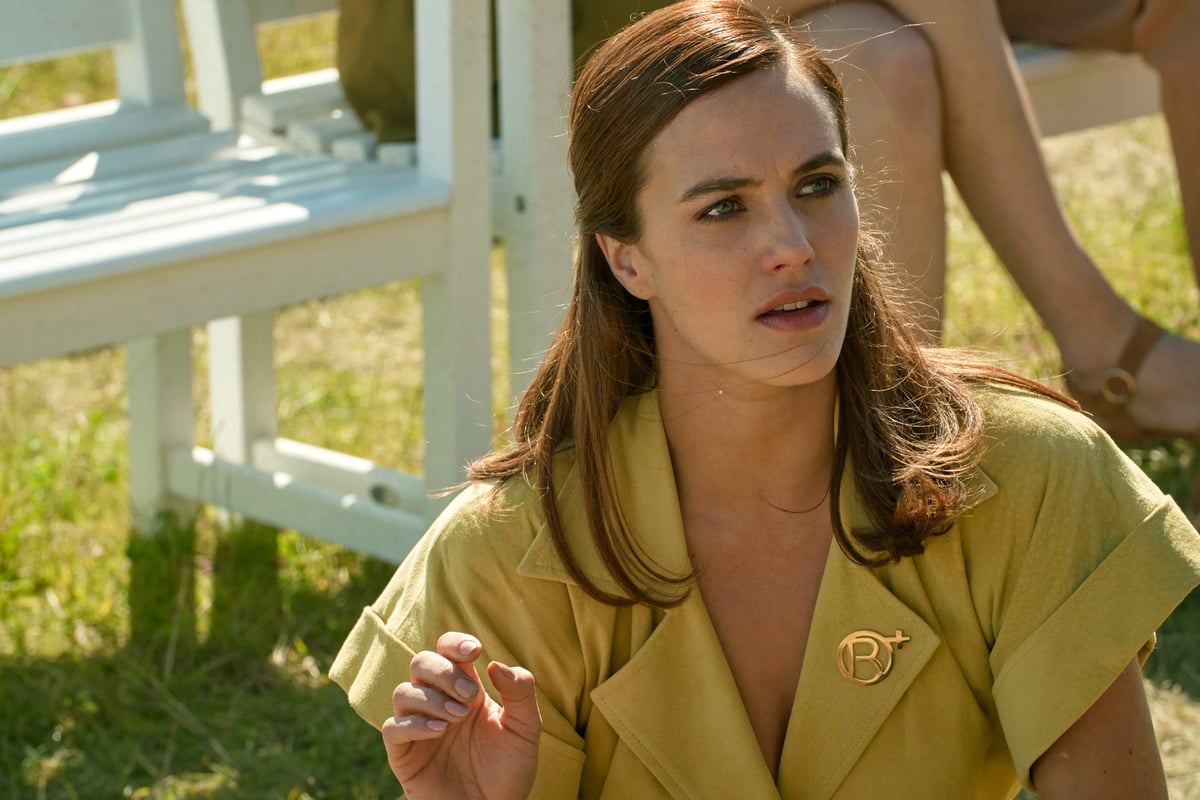 After their conversation, Lenina and Bernard develop a unique friendship, leading them to take a trip to the Savage Lands, a Westworld-esque American-based theme park where New Londoners go to experience barbaric rituals of the past including weddings and "The Day of Black" aka Black Friday.

While Lenina and Bernard are visiting the Savage Lands, a violent rebellion breaks out among the "savages" – the humans who refused to sign up to the New London project.

As the savages turn on the New Londoners, Lenina and Bernard are rescued by John the Savage (Solo: A Star Wars Story's Alden Ehrenreich), who worked at the theme park, and his mother, Linda, played by an almost unrecognisable Demi Moore.

From there, the series delves into John's challenging introduction to the bizarre world of New London.

While the show is based on Aldous Huxley's famous 1932 novel, Brave New World puts a modern spin on the dystopia, removing some of Huxley's more outdated (and even racist) themes.

Likewise, while Huxley's book was incredibly influential at the time, some of the ideas within the dystopia have grown stale. Although many were originally offended by Huxley’s imagined future, the most shocking elements of New London have been superseded by new threats in 2020.

But despite this, the show still manages to question some elements of our own society. 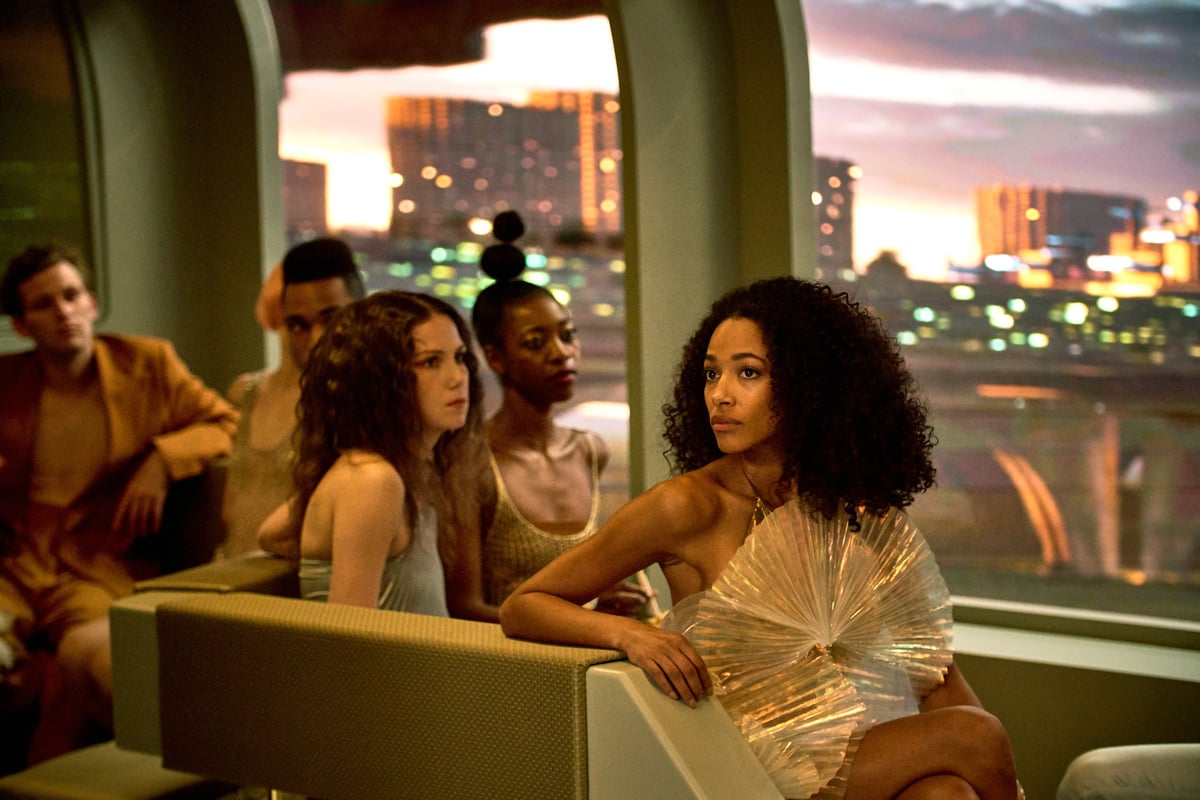 "It explores our current addictions to instant gratification, to drugs, to numbing, to materialism. I think it's certainly a heightened way of exploring those themes, but it's very relevant," actress Kylie Bunbury, who played Frannie in the series, told Mamamia in a statement.

One of the strengths of the series undoubtedly lies in the central characters of Lenina, Bernard, and John and the actors behind them.

But while the lead characters are likeable, many of them fall flat as there's minimal emotional connection built throughout the series.

The series also has its strengths in David Lee's sleek, futuristic production design, as well as costume designer Susie Coulthard's corresponding costumes which set the high-tech but minimalistic scene.

Likewise, the detailed world-building in the series created an absorbing sense of escapism.

In fact, Brave New World almost beats Game of Thrones when it comes to nudity. 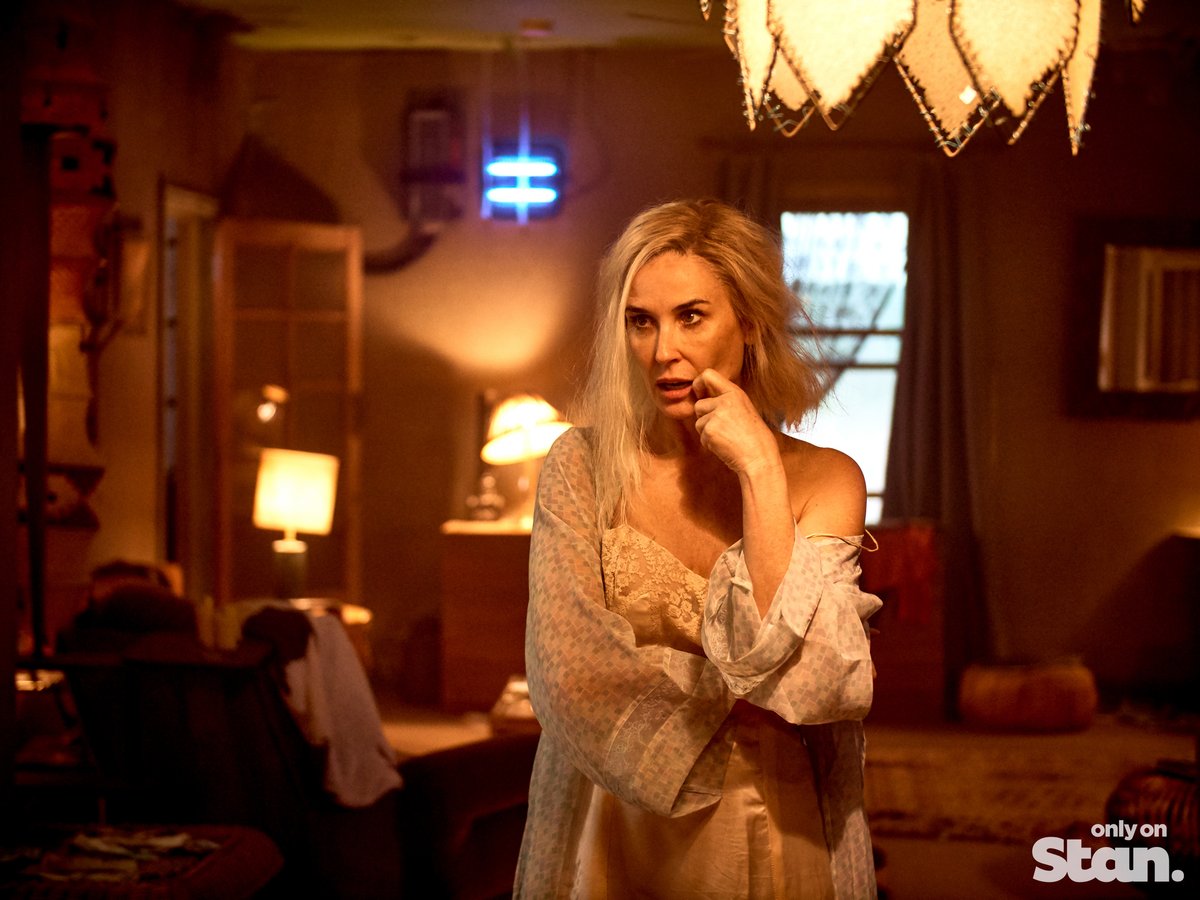 "The thing that I liked that they executed with the show was that it really showed you that the citizens of New London are just one organism. And I think that the way that they shot it was quite beautiful; it never really feels grotesque," she added.

Despite its few flaws, Brave New World is mysterious and downright addictive, making it the dose of escapism we all need to see on our screens right now.

All nine episodes of Brave New World will premiere exclusively on Stan on October 16.