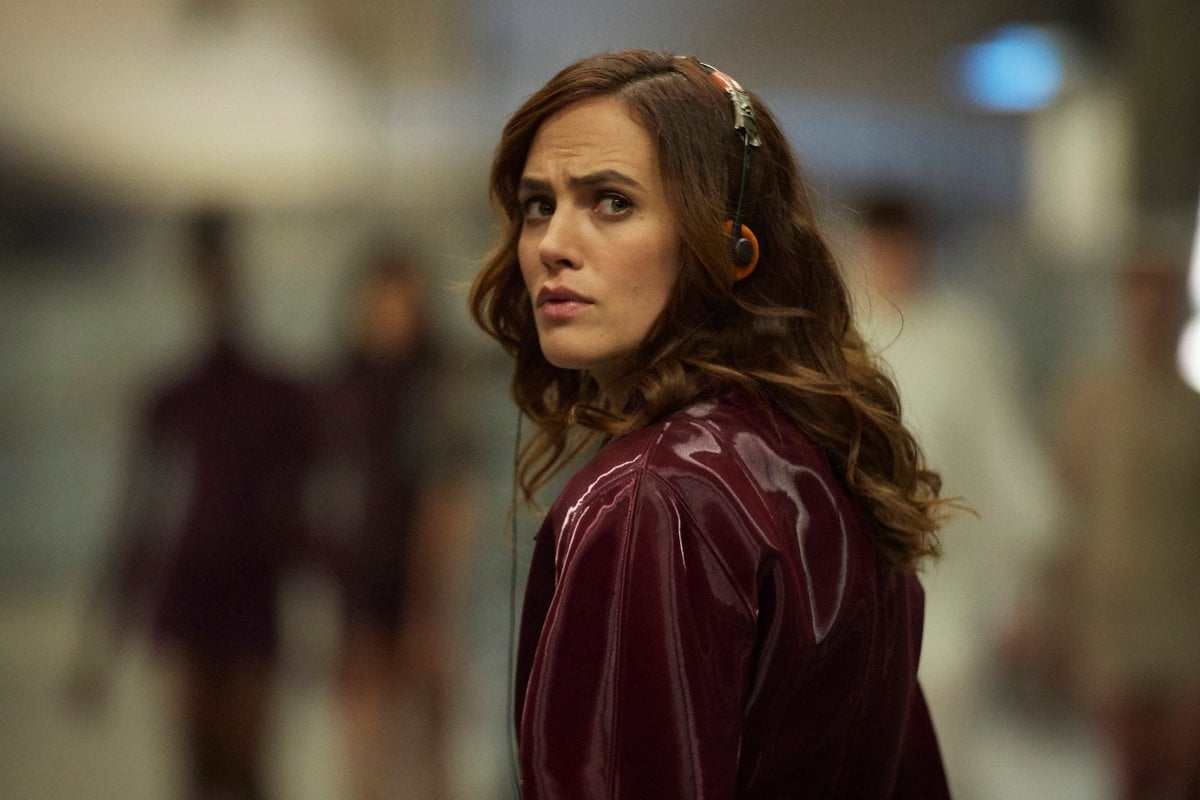 Although some argue that literary classics should be left alone, there's no denying that Stan's Brave New World is a mysterious and entertaining adaptation of Aldous Huxley's famous novel.

Based on one of the first major British dystopian novels, the new nine-part series transports viewers to the "perfect" society of New London – a world where monogamy, family and privacy have been outlawed

The dystopian world is made up of an entirely genetically engineered society, consisting of Alphas, Betas, Gammas and Epsilons. Put simply, every member of Huxley's society has their own predetermined place and job in the world.

Bu despite what you may expect, the lower castes of New London don't resent their position in society.

Watch the trailer for Stan's Brave New World below. Post continues after video.

Instead, job dissatisfaction – and any form of negative emotion – is a thing of the past.

From Alphas to Epsilons, the humans in Huxley's world avoid inconvenient emotions like sadness and anger by taking Soma, a pea-sized pill they've been conditioned to take at regular intervals to keep their "levels" steady.

Those are the questions posed in Brave New World's epic finale.

Regarded as the lowest class in New London, the Epsilons are delegated to jobs such as picking up rubbish and cleaning.

But after being influenced by their interactions with John, the Epsilons, led by CJack60 (The Originals' Joseph Morgan) start an uprising, destroying New London's Soma supply.

As the New Londoners fight over the remaining pills, the Epsilons embark on a violent killing spree, which John attempts and fails to stop, killing virtually everyone above them in the pecking order.

During the slaughter, Mustapha Mond (Nina Sosanya) takes CJack60 to an underground bunker, where the 10 founders of New London are in stasis.

Mustapha and CJack60 kill the founders in an attempt to shut down Indra, which is the computer program used to control the New Londoners.

But once the 10 founders are dead, Indra takes control over Bernard, leading the Epsilons to halt their killing spree.

Here are the questions you had after watching the Brave New World finale, answered.

Who are those people in red? 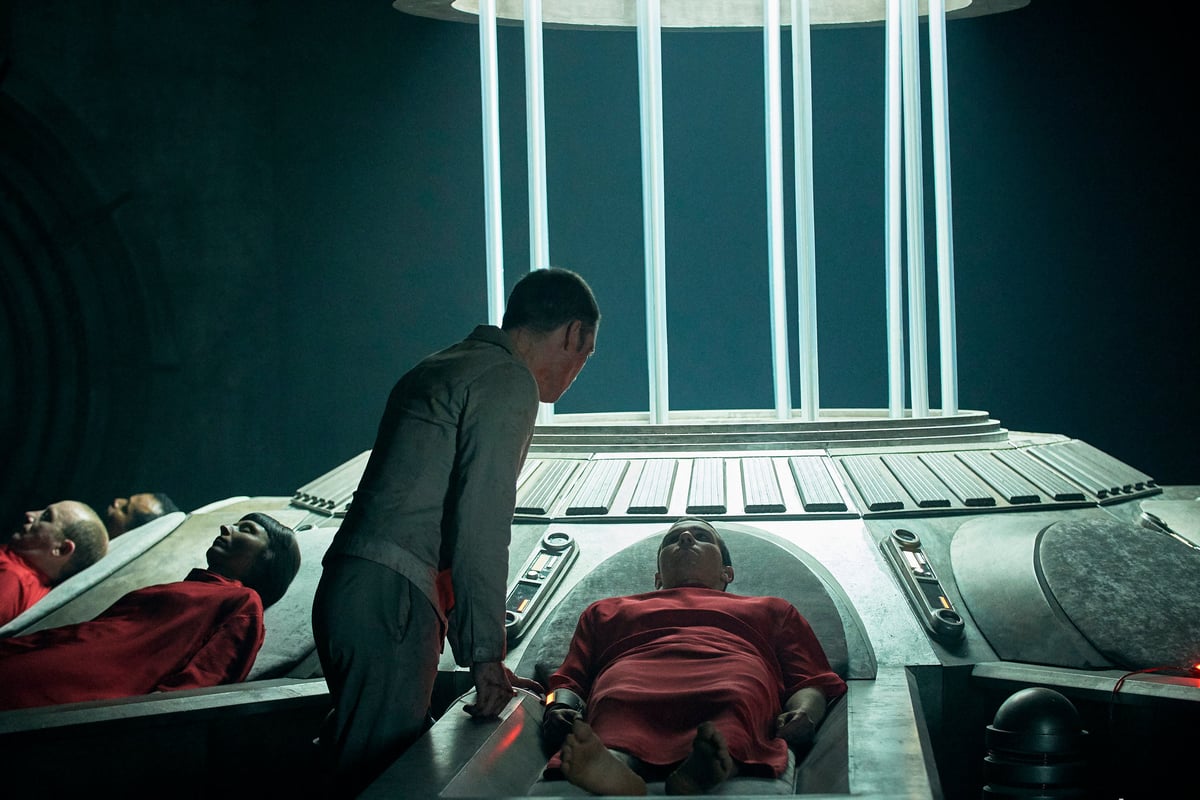 The 10 people in red in the underground bunker are the original inventors and founders of Indra.

As seen in the series, the founder's DNA was used to create the members of New London. For instance, CJack60 looks like Elliot, one of the founders.

What happened to Bernard?

After the 10 founders are killed, Indra takes control over Bernard, telling him that she doesn't like being alone.

After he is taken over by Indra, Bernard regains consciousness on the edge of a cliff.

When he wakes up, he notices a gold box next to him.

Wilhelmina 'Helm' Watson (Hannah John-Kamen) finds Bernard on the cliff after she had a vision of him leading a group of people. They fly to the Savage Lands together where they find Sheila (Kate Fleetwood).

Initially, Sheila isn't happy to see Bernard. But when Bernard opens the gold box, Sheila tells them to get in the truck.

In the final shot of the series, Bernard's eye implant flashes gold, seemingly indicating that Indra still has control over him. 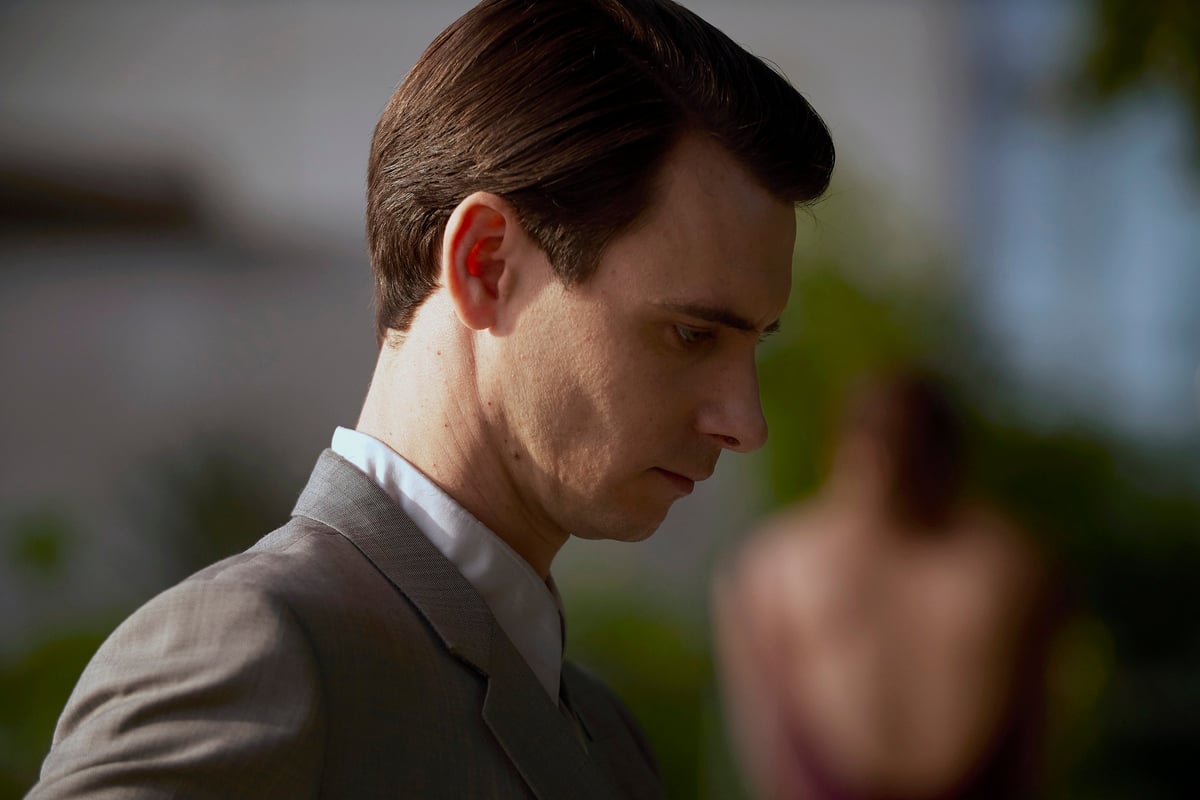 So, what was in the box?

Since the series wrapped up, there have been a few theories about Bernard's gold box.

In fact, the cast themselves don't even know what was in the box.

"You assumed some kind of Indra, but no one knows," Harry Lloyd, who played Bernard Marx, told ET.

"I saw David the other night [showrunner] and he's literally told no one."

As for the theories, some viewers have questioned whether the box contains Soma or the means to create Soma.

Others have questioned whether the box could contain the eye implants that the New Londoners wear.

Likewise, Signal Horizon suggested that the box may contain Indra's consciousness itself.

"Indra’s consciousness is literally the keys to the kingdom," Tracy Palmer wrote.

"It is the only thing those in the Savage Lands would care about as much as their lives."

What happened to John? 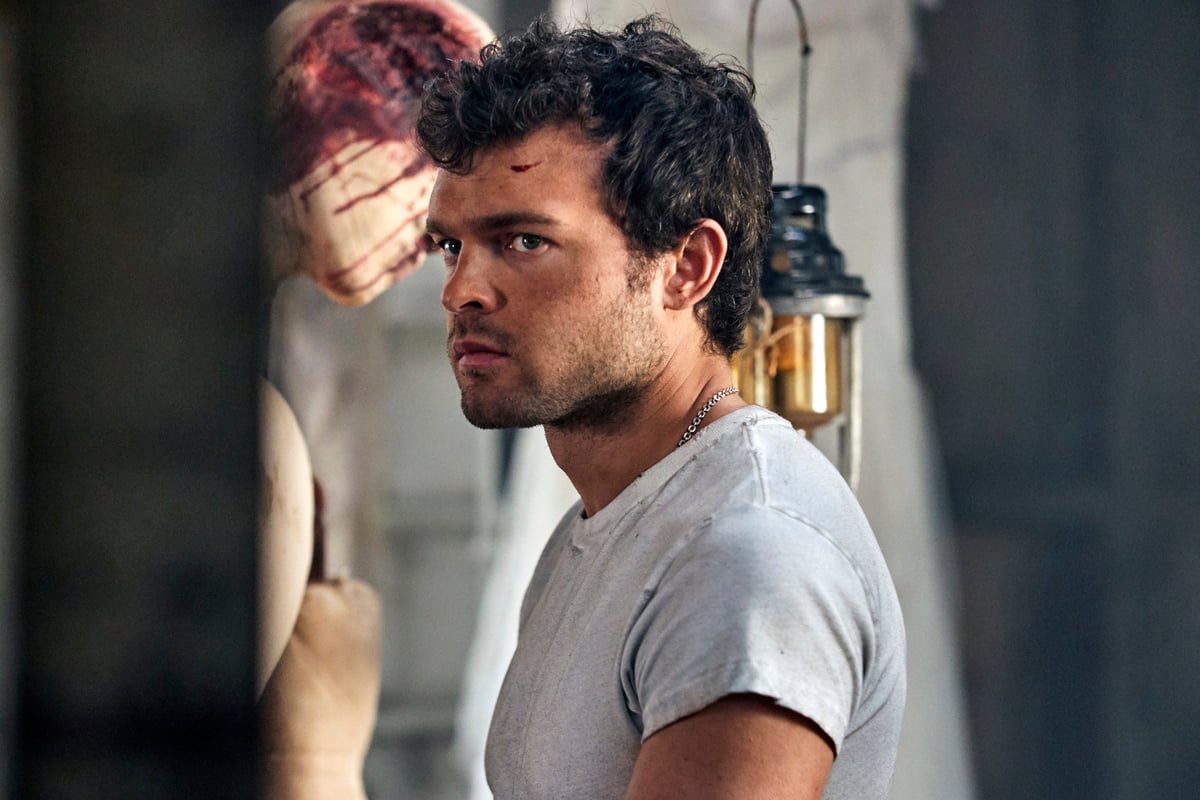 At the end of Brave New World, John becomes a hermit, living a simple lifestyle underneath New London in Old London.

Although he's apart from Lenina, he sits across a holographic image of her as he eats his dinner.

What happened to Lenina?

With the remaining New Londoners, Lenina begins rebuilding civilisation in the fields that used to be farmed by the Epsilons.

All nine episodes of Brave New World are available to watch on Stan now.