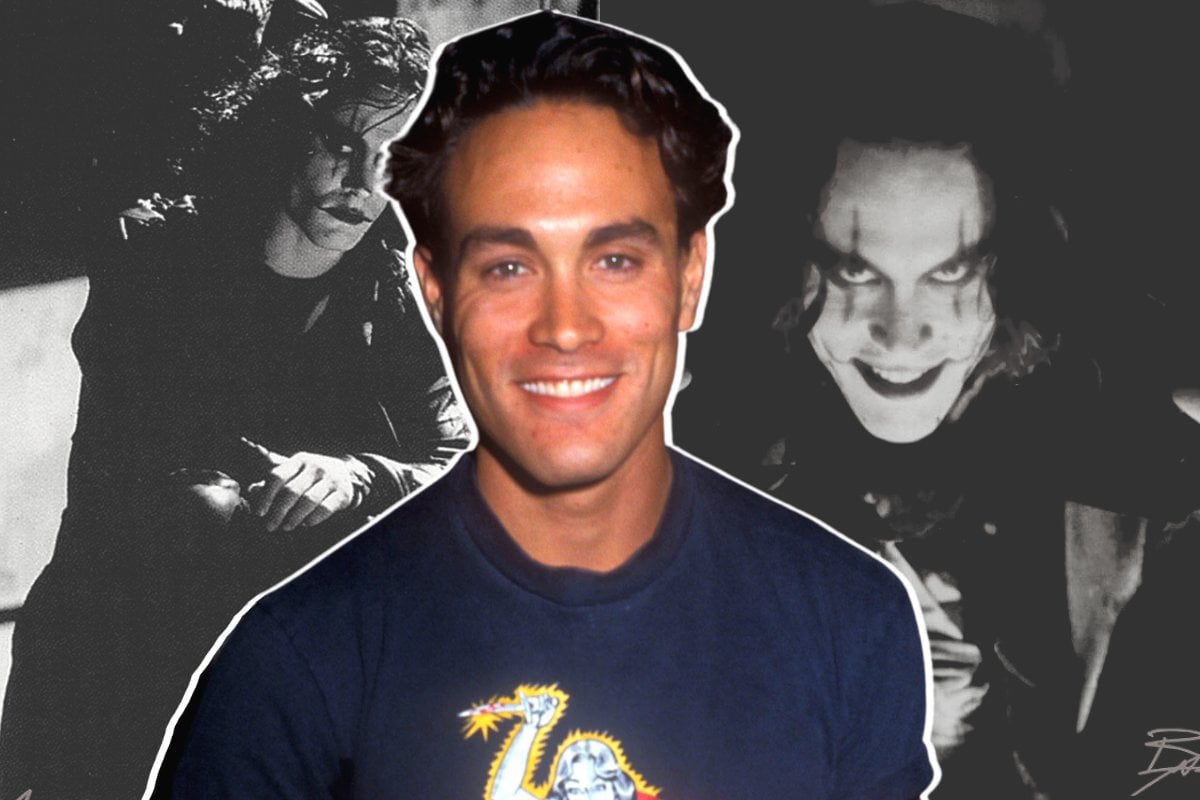 The accidental death of actor Brandon Lee has regained notoriety this week, following the similarly tragic death of cinematographer Halyna Hutchins on the set of Rust.

Hutchins died after being hit in the chest when Alec Baldwin fired a prop gun, that unexpectedly contained a live round, while rehearsing a scene. Baldwin had been told it was a 'cold gun', an industry term meaning a weapon is not loaded with ammunition, including blanks.

Hollywood is now grappling with gun safety, but it's not the first time.

Brandon Lee, the 28-year-old actor and son of martial artist Bruce Lee, was killed in 1993 after a co-star fired a prop gun that contained a real bullet while filming The Crow.

Lee was filming the scene where his character, Eric, is shot by Michael Massee's character Funboy.

Before the scene, Massee believed the prop gun he was handed was loaded with blanks. Unbeknown to the crew or Massee, the tip of a dummy cartridge had become lodged in the barrel of the prop gun weeks before.

When Massee fired, it hit Lee in the abdomen with virtually the same force as a live round. He was rushed to hospital and underwent six hours of surgery, but was eventually pronounced dead.

His death rocked his family, the industry and the world more broadly.

Massee, who died in 2016 from stomach cancer, was left traumatised by the incident. He moved back to New York and took a year off from acting.

"What happened to Brandon was a tragic accident. It's something I'm going to live with. It took me the time it took to be able to not so much put it in perspective, but to be able to move on with my life," he told Extra TV in 2005.

"We've all experienced tragedies in our lives and we all find our way through them to get to the other side to be able to go on, because if not you wouldn't be able to go on with life.

"That's what I had to do with this experience. As I said, it's very personal. It's something that I want to make sure when I work that it's never repeated." 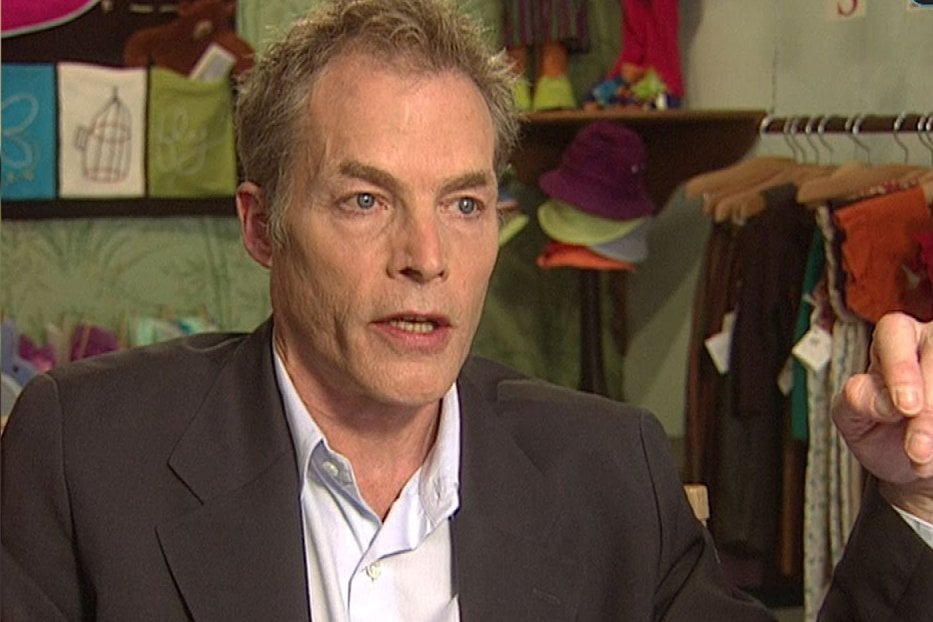 He said he didn't think you could ever "get over" something like this, but you just have to keep going.

"It was a very slow, thoughtful process. I didn't know it was thoughtful at the time but I just took a year off and I went to New York and didn't do anything. I didn't even work. I just spent it with close friends and family and just to get through it, like any of us get through a tragedy.

"It was a tragedy. The only difference with this tragedy was that it happened with cameras rolling and it was a big media thing, which I think is too bad... Life is extraordinary and very resilient and you take the good where you see it."

He said most people have experienced tragedy and trauma in their lives, but people would not go up to a random person on the street and implore them to talk about it.

He then said he was never going to talk about it publically again.

"I don't see why anybody would want [me] to talk about it again. It's nobody's business." 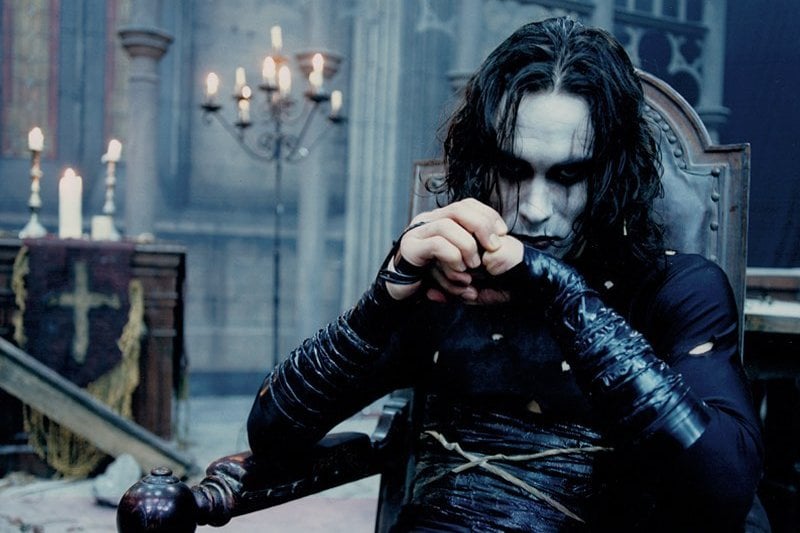 Others have also felt the shadow of Lee's death.

"It just doesn't make any sense," he said. "It bought back a lot of memories of Brandon. We go on, we keep moving forward — but there is always that space in your life. You're heartbroken. You have no control, but you still have to process it and how do you do that? I am just so heartbroken that anything like that can happen again."

He said he could not watch The Crow out of grief, and expressed his compassion for Baldwin, who fired the shot that killed Hutchins.

"There is nothing worse than something like that happening," he said. "I remember Michael, his life was never the same."

Our hearts go out to the family of Halyna Hutchins and to Joel Souza and all involved in the incident on “Rust”. No one should ever be killed by a gun on a film set. Period. 💔

Following Hutchins' death, Alex Proyas, the Australian director of The Crow, wrote on Facebook: "real guns should have been banned on sets after The Crow. Why they're still used is utterly inexplicable," per the Sydney Morning Herald.

"I am filled with sadness for the victims, and I'm also so angry over this. Ban functioning guns on movie sets now! I'll add my voice to the chorus, in the hope this time something might change."

Proyas has previously spoken about his actions in the months after Lee's death, and why he was not interested in any reboots or remakes.

"And Brandon Lee died making that movie, he paid the worst price anyone could ever pay making a movie, and it's his legacy. The guy would have been a huge star after that movie. He wasn't able to ever do that. That's his final testimony to his talent, and that's why I finished the movie. I finished it for Brandon.

"After being devastated about what happened we shut down the production and I went back to Australia. Months later, I went back and watched the movie and his family, all the other actors, everyone involved, said 'You've got to finish this movie because Brandon is so great in it' and he was. I was able to watch it and see how great he was and I thought then the movie deserves to be completed because it's his legacy. So that's what the movie is, it's not just a movie that can be remade. It's one man's legacy. And it should be treated with that level of respect."

Following Hutchins' death, Lee's family, as well as Hudson and Proyas, have put their support behind a campaign to stop the use of real guns on film sets.

"It's stirring up a lot of emotions — and frustration," Brandon’s sister Shannon Lee told The Hollywood Reporter on Friday.

"My heart goes out to Alec Baldwin. I feel for the work he is going to have to do to process this and try to find some measure of peace around it. And even more so for the family of Halyna Hutchins," she said.

"It’s having your whole world flip upside down. There should be compassion for all the pain everyone is going through."