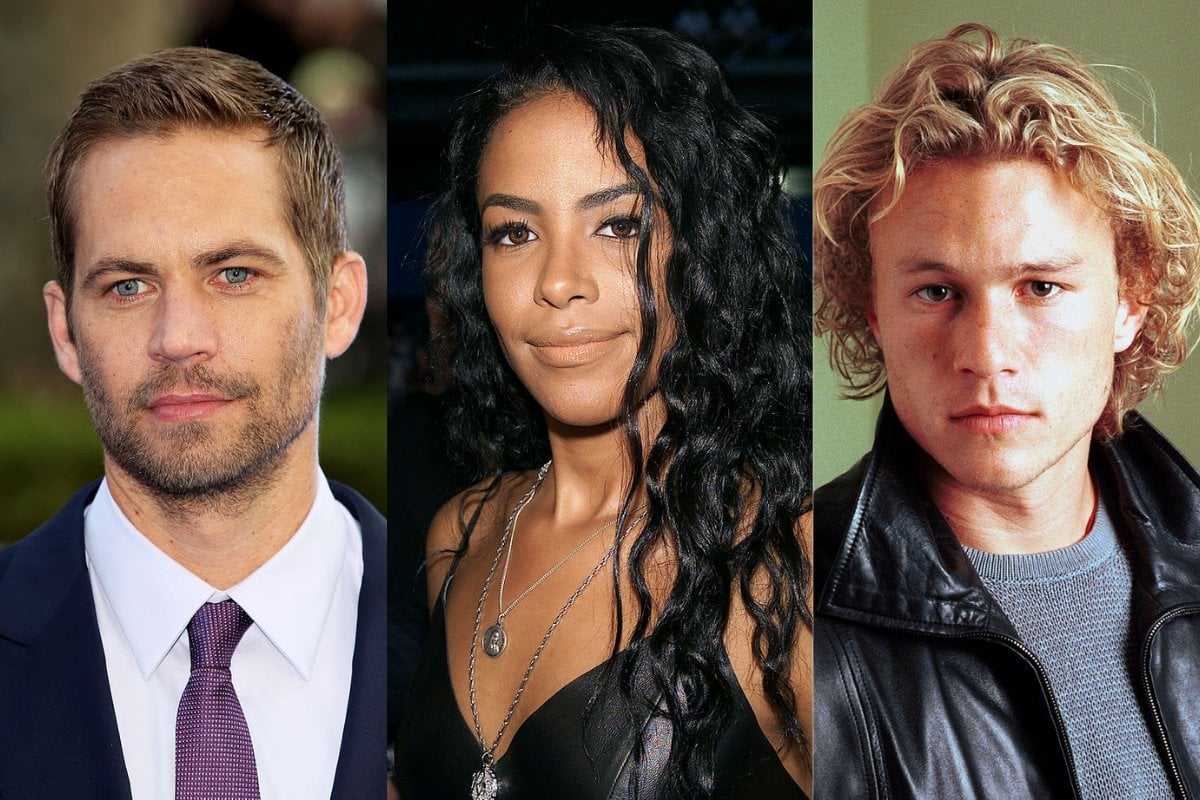 In the movie business, there are many things that can go wrong. Actors can quit or get sick, meaning they need to be replaced, or filming is delayed. But some movie producers have faced an even more complex dilemma, when actors involved in their productions have passed away in the middle of filming.

Here are 9 actors who passed away while making a movie - and how the studios worked around it.

Side note: Check out the auditions that scored actors their leading roles. Post continues below.

It’s hard to imagine Shrek with any voice except Mike Myers’ Scottish accent.

But the role of the green ogre in the classic kids’ movie originally went to comedian Chris Farley.

Farley had recorded almost 90 per cent of the lines when his brother John found him dead in his apartment in 1997, following an overdose of cocaine and morphine.

He was 33. Myers was brought in to replace Farley, and he re-voiced all the lines, making Shrek his own.

Kevin Farley says he can understand why it was done. 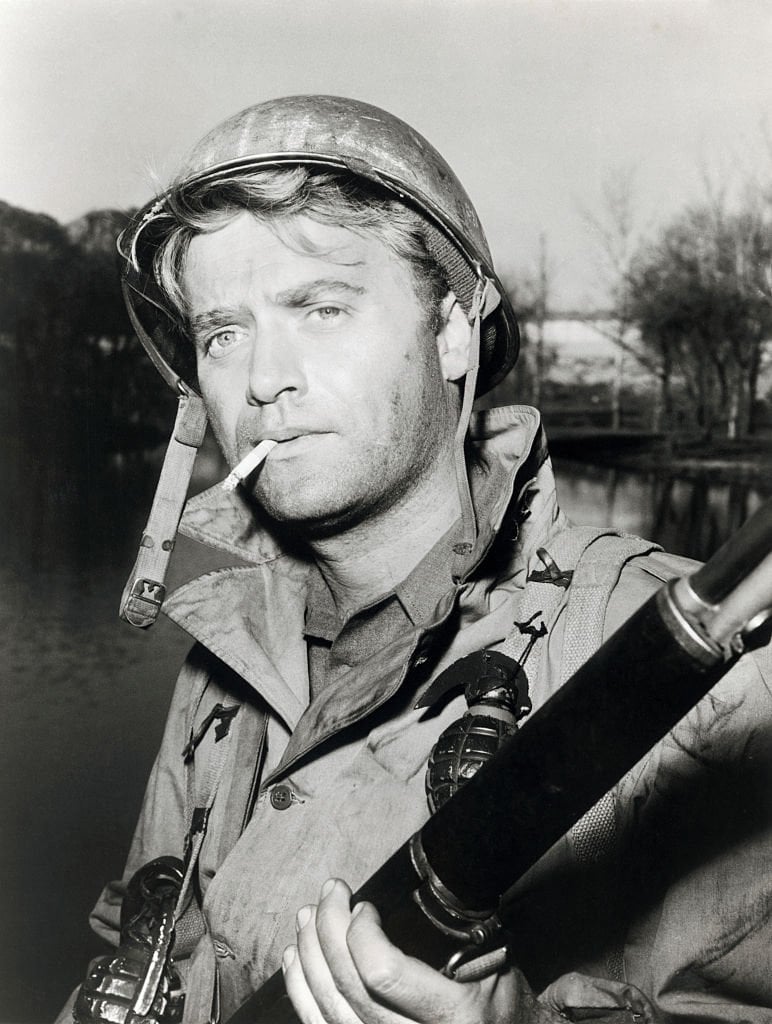 It was the last day of filming on Twilight Zone: The Movie in 1982, and star Vic Morrow was filming a Vietnam War scene.

He had to carry two young child actors, Renee Chen and Myca Dinh Lee, through a river, as a helicopter hovered overhead and explosions went off around them.

But the helicopter fell on Morrow, decapitating him and also killing the two children.

Morrow was 53, and the child actors six and seven.

The line Morrow had been about to deliver was, “I’ll keep you safe, kids. I promise. Nothing will hurt you, I swear to God.”

The movie was released, although the scene that resulted in the death of Morrow – father of actor Jennifer Jason Leigh – and the two children wasn’t included.

The movie was only a moderate hit. Court battles went on for years, trying to determine who was responsible for the tragic deaths, and in the end, it led to improved safety standards for the movie industry. 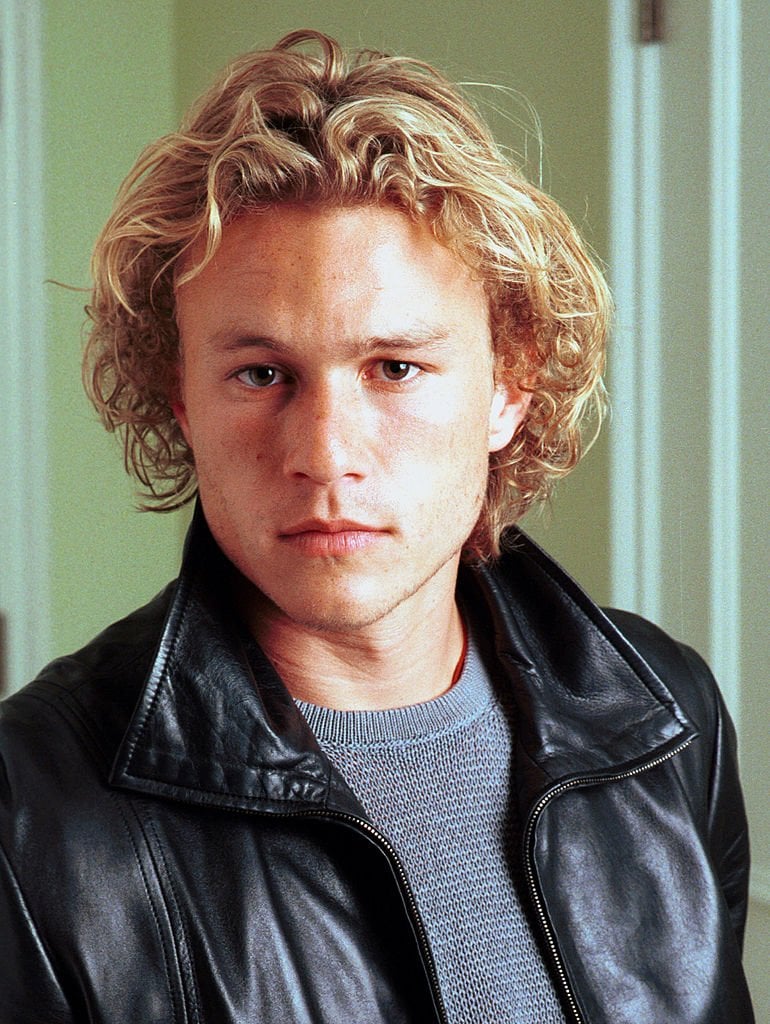 When the hugely talented Heath Ledger died at the age of 28 from an accidental overdose of prescription medication, the tragedy left those around him in shock.

Ledger had been filming The Imaginarium Of Doctor Parnassus, and director Terry Gilliam didn’t think he could finish the fantasy movie without him.

But his family and friends persuaded him to push ahead with it. So Gilliam came up with a way to make it work – bringing in Johnny Depp, Jude Law and Colin Farrell to play Ledger’s character on the crazy side of a mystical mirror, and moving one major scene from the real-world side of the mirror to the crazy side.

“It worked out better,” Gilliam said. “That's why I say this was co-directed by Heath."

Other scenes stayed as they were written, but took on a deeper meaning following Ledger’s death.

“The scene with Princess Di and James Dean and all of that, a lot of people think it was written as a eulogy to Heath. It was exactly what was written before he died.”

British actor Oliver Reed was notorious for his heavy drinking, but when he took on the role of gladiator trainer Proximo in Gladiator in 1999, he promised director Ridley Scott he wouldn’t drink during production. On a weekend off in Malta, he was in a bar and got into a drinking match with a group of sailors.

It’s claimed he drank eight pints of lager, a dozen shots of rum, half a bottle of whiskey and a few shots of cognac.

“He challenges the crew to some sort of drinking debauch,” screenwriter David Franzon said.

“He drinks some, passes out and dies. I still have his bar tab, by the way.”

With one of Proximo’s biggest scenes still to be shot, the moviemakers got around it by rejigging the script, searching for usable lines from outtakes, and employing a body double and CGI.

Reed, who was 61 when he died, ended up with a BAFTA nomination for the role. 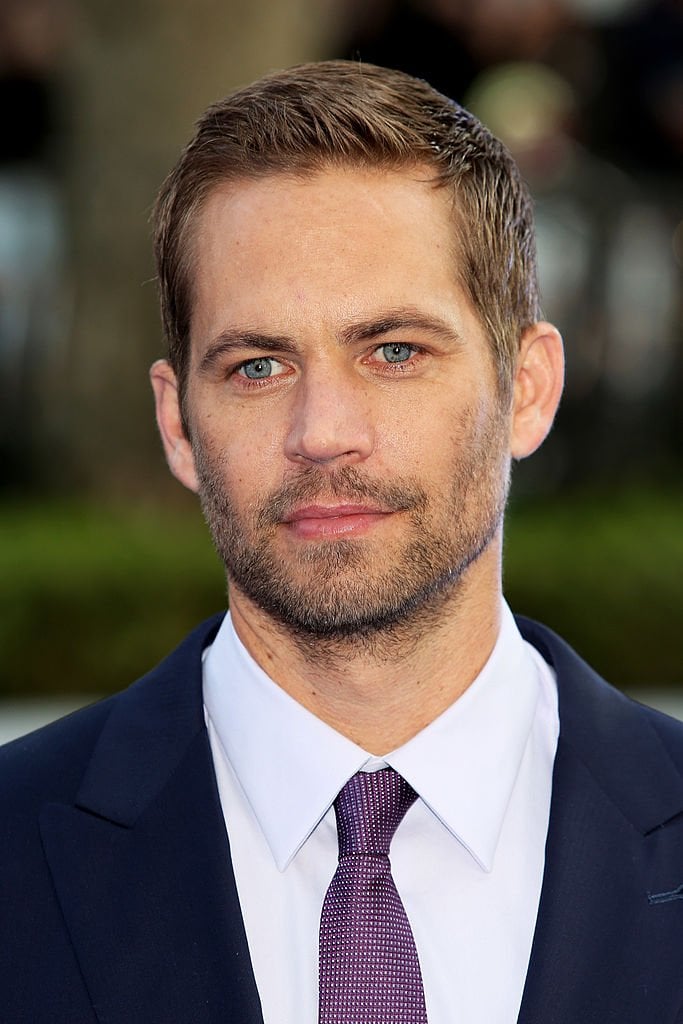 Paul Walker was halfway through filming the seventh film in the Fast & Furious franchise when he died in a fiery car crash in 2013.

The 40-year-old star was on his way home from a charity event, in a Porsche driven by Roger Rodas, who was travelling at around double the speed limit when the car left the road and hit a concrete pole and two trees.

Production on the film was suspended for months.

“It hit everyone really hard,” director James Wan told BuzzFeed. “We truly did not talk about finishing the movie until Paul was buried and we had a memorial for him.”

The cast and crew decided to continue with the movie, for Walker’s sake.

The story was rewritten to make use of unused scenes from previous movies in the franchise, and Paul's brothers Caleb and Cody stood in for him, with CGI being used to add his face.

The final result was a tribute to Walker that fans loved, with the movie making $US1.5 billion.

Aaliyah (Queen Of The Damned, The Matrix sequels) 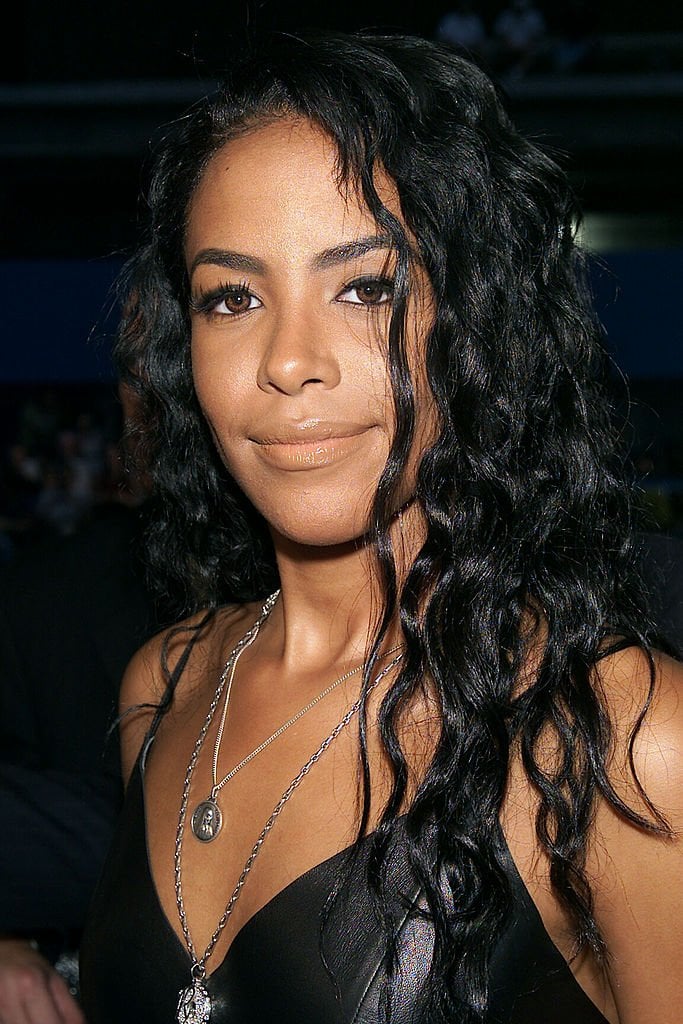 R&B singer Aaliyah was on the verge of becoming a major movie star when she died in a plane crash in the Bahamas in 2001.

The 22-year-old had been in the Bahamas filming a music video.

The light plane burst into flames just after take-off, killing all nine people on board. Aaliyah had almost finished work on vampire thriller Queen Of The Damned, and had just started shooting scenes as Zee in the two Matrix sequels.

Aaliyah’s brother Rashad Haughton did some re-recording of his sister’s dialogue so Queen Of The Damned could be completed. “It was a blessing that she was able to finish shooting it,” Haughton said.

But despite a petition from fans to “honour” Aaliyah by keeping her in the Matrix sequels, the role was recast with Nona Gaye, daughter of Marvin Gaye.

“There was no way to finish it with her in it.” 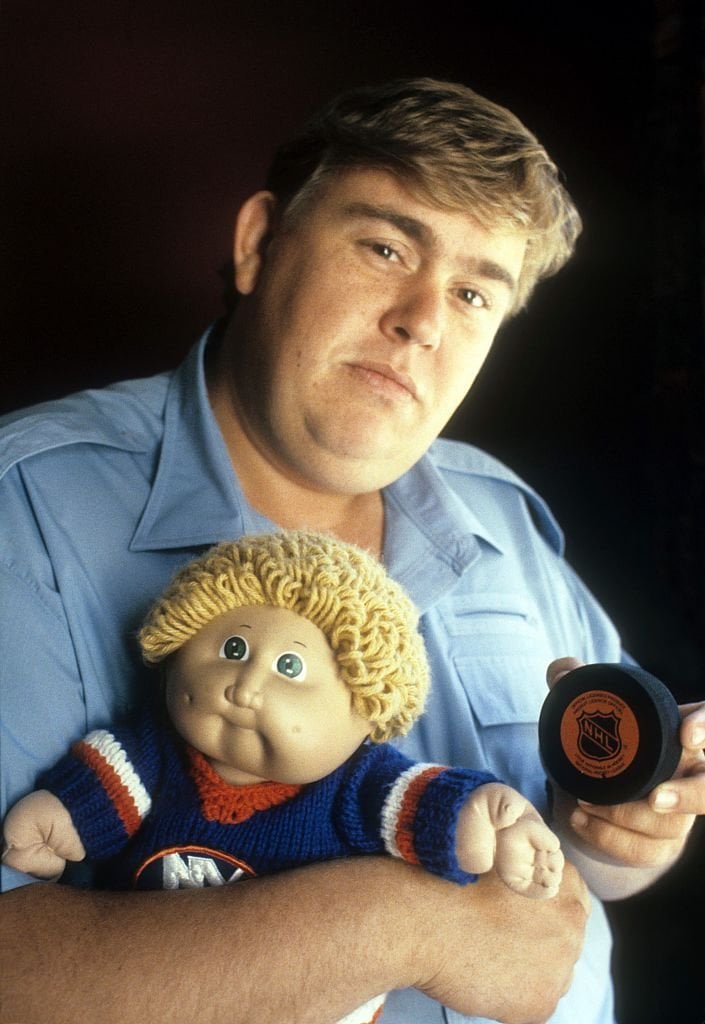 It was 1994, and funny guy John Candy was finishing up shooting his latest comedy movie, Wagons East, in Mexico.

He was feeling good. He cooked spaghetti for his assistants, then called his co-stars, Richard Lewis and Robert Picardo.

“He was like a little kid who had had a great day at camp,” Picardo told People.

“He wanted to thank us.”

The 43-year-old actor went to bed happy but never woke up.

He suffered a heart attack in his sleep. The movie was finished by using a double to shoot some extra scenes.

It was released five months later, but was a box office bomb, with one critic describing it as “a sad way to end John Candy’s career”. 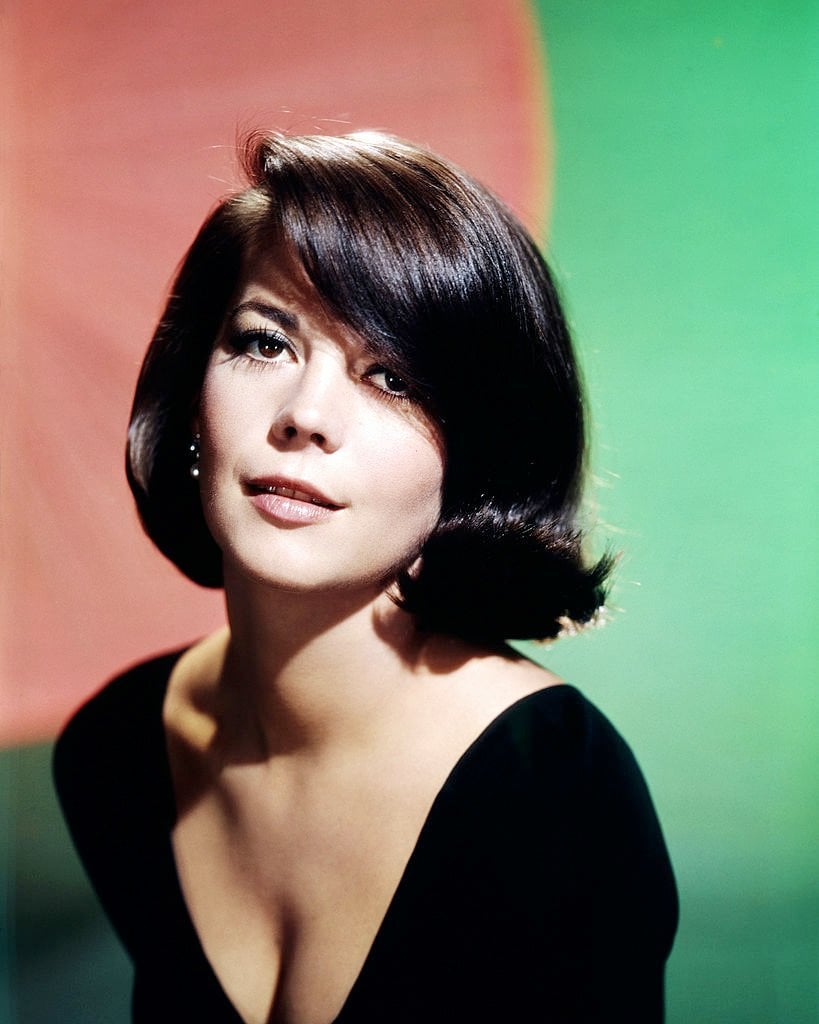 For Natalie Wood, Brainstorm was going to be her big comeback, after taking time out from acting to have her kids.

On a break from filming the sci-fi movie in 1981, Wood and her husband Robert Wagner invited Christopher Walken, who was playing Wood’s husband in the movie, to spend the weekend on their boat.

Wood drowned in mysterious circumstances, her body found in the water by authorities the following day. She was 43.

Rumours still swirl about exactly how she died. “What happened that night only she knows, because she was alone,” Walken later said.

After numerous delays, the movie was finished, with Wood’s sister Lana standing in for her in some of the final scenes.

Bruce Lee (Game Of Death) and Brandon Lee (The Crow) 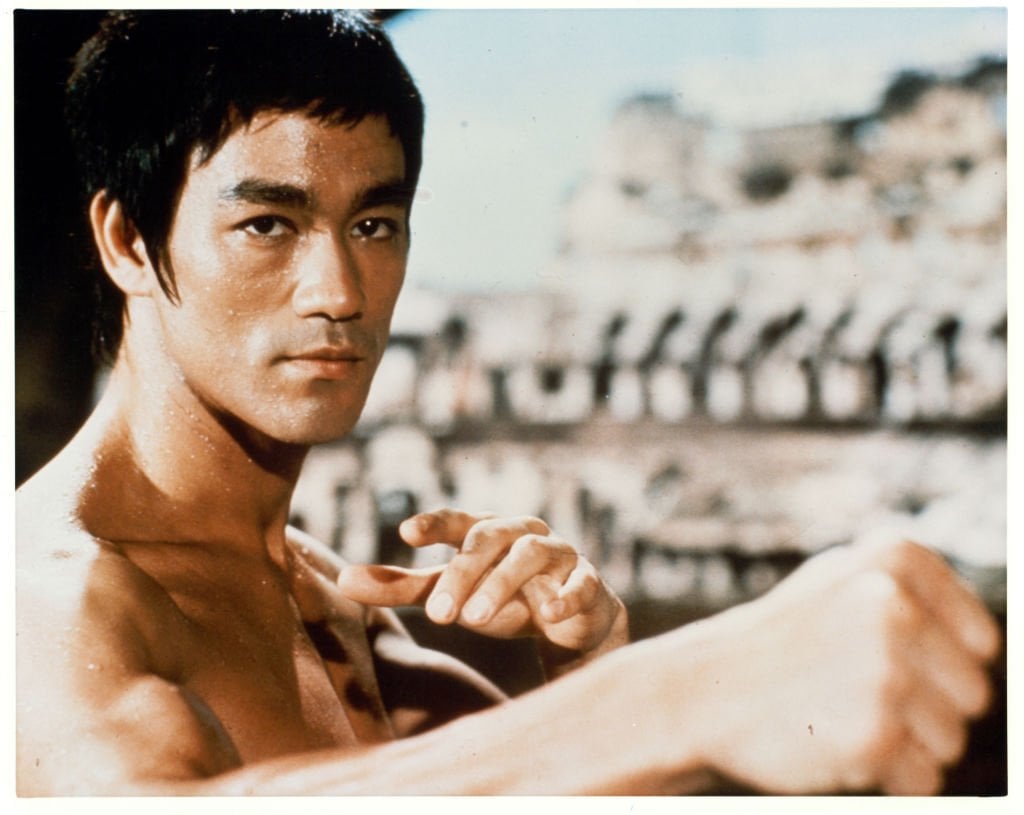 This was history repeating, in the most tragic way.

Legendary Chinese martial artist and actor Bruce Lee died in 1973, aged 32, from cerebral oedema. At the time, he was partway through shooting the movie Game Of Death.

Production on the movie continued, with two stand-ins taking on his role, spending much of the time wearing false beards and dark sunglasses.

Real footage of the star’s corpse lying in his casket was also used.

Bruce Lee’s only son Brandon grew up to follow in his father’s footsteps as a martial artist and actor in the US.

He scored a breakthrough role in The Crow in 1993 and was only three days away from finishing filming when he had a scene that called for him to be shot by co-star Michael Massee.

The gun was meant to be firing blanks, but a real bullet hit him in the stomach.

He was rushed to hospital but died during surgery. He was 28. Police had conspiracy theorists ringing them up, but the death was ruled an accident.

The movie was rewritten to make it softer, and a stand-in was used for Brandon’s final scenes. 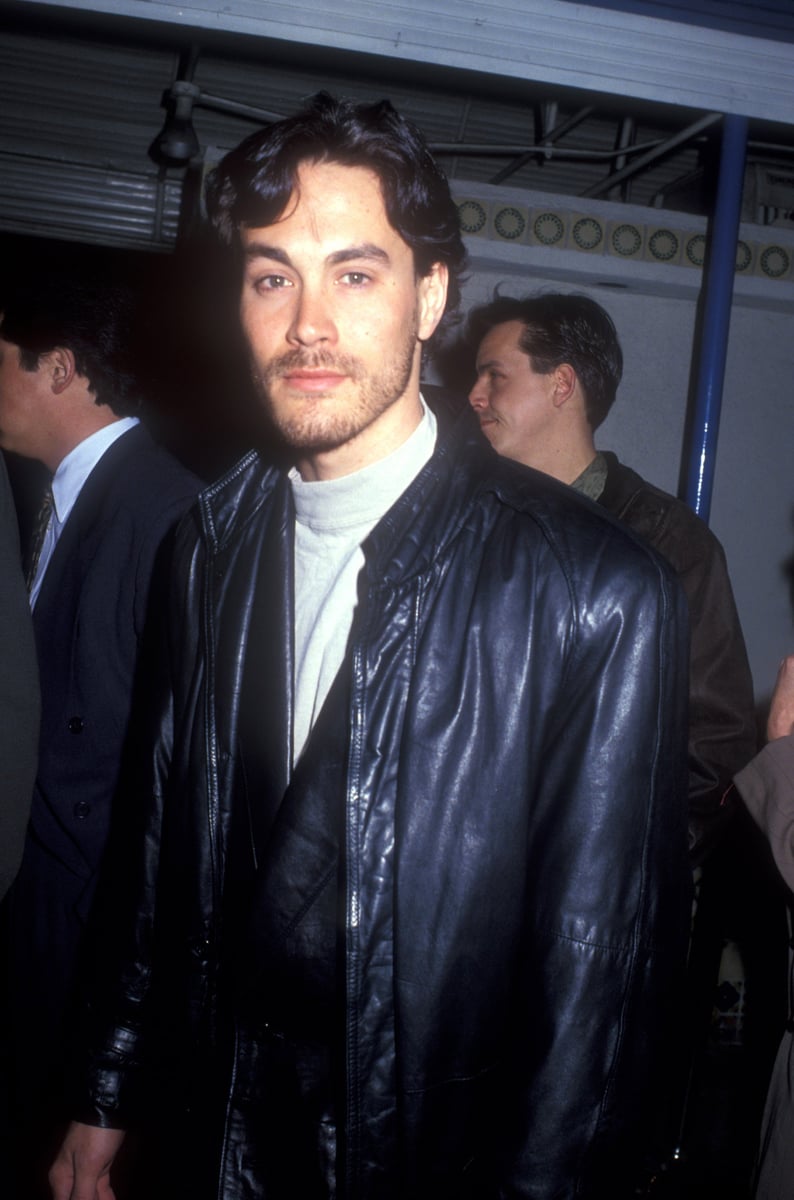 “I really didn’t want to go back.”

The Crow became a cult hit.

Reply
Upvote
Bloody hell, that Vic Morrow one is horrifying!