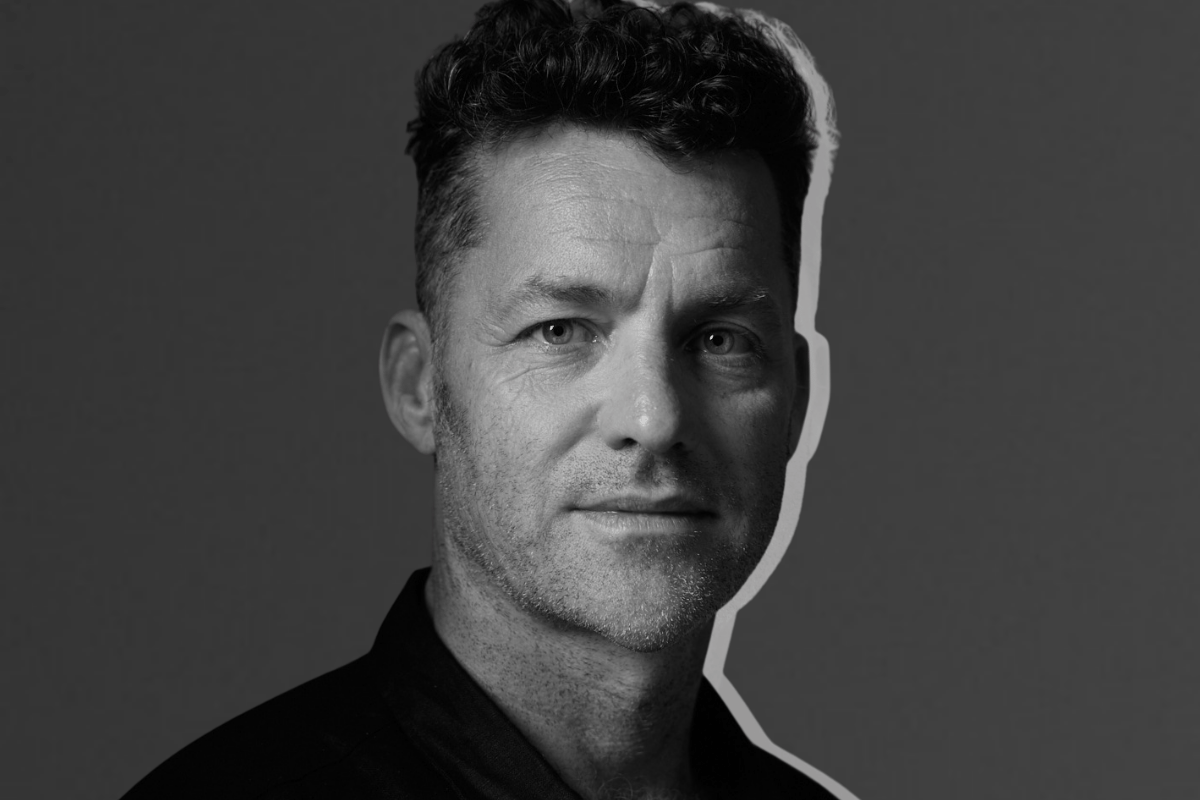 This post mentions suicide and may be triggering for some readers.

It was a picture-perfect life.

Simon Lee was in his early 40s and living on Sydney’s Northern Beaches with his wife and two kids. Work was one success after the other; his advertising business was going well, and he was making waves in his filmmaking career with the release of his first feature film.

"I was almost addicted to the adrenaline of success," the 48-year-old told Mamamia.

Turning up to work with a smile on his face day in and day out, Simon was living life on an "artificial adrenalised high".

But underneath, he felt like he was putting on an act.

"I had this constant feeling of unease and anxiety… and there would be occasions where the anxiety was more intense and really, really, really unpleasant."

"It was like I had a dirty little secret that I kept to myself because I didn't feel comfortable talking about it to anyone."

Watch the 'Boys Do Cry' campaign. Post continues below.

Video via The Hallway.

Anxiety was a feeling Simon had experienced since his late teens but one he never shared with anyone.

"Mental health issues at that time [growing up] felt really taboo... The idea of getting therapy or counselling felt like it was for crazy people or self-obsessed celebrities. And I was neither of those."

But as Simon entered his mid-forties, things started to unravel.

Running his business started to take a toll, a simple home renovation project turned into a years-long nightmare and his parents in the UK suffered a series of health scares.

Around the same time, he was also experiencing rejection at work.

"For every one great idea that gets green lit, there’s at least 10 that don't. That is the reality [of working in the industry]."

"The problem is, if your sense of self worth is too tightly tied to those successes, then at a point the rejections get harder and harder to bear and they start to feel personal."

"Looking back, my sense of self worth was far too tightly tied to my own professional success. So when things did take a downward turn, it was hard to deal with."

With a raft of problems coming to a head, Simon found himself not able to bounce back as easily as he once could and he started slipping into a dark place.

Recalling that time of his life, Simon said, "It was just really dark and heavy and [I felt like] the joy was sucked out of everything."

"I would be broody and irritable, I was really not that fun to be around for my family or the people who worked for me."

But despite his mental health struggles, Simon decided to "man up" and keep his feelings to himself, barely speaking to his wife about it. From the outside looking in, no one really knew the extent of what was going on.

"To be honest, I didn't talk to my wife that much about it because I hadn't yet admitted, even to myself, that I had poor mental health. It was a big thing to say... 'you do have a have a problem'," he shared, before pointing out how difficult it was to say those words even now during the interview.

By 45, the father-of-two was experiencing "the worst" anxiety of his life, which was also spurred on by a mid-life crisis.

He realised he needed help.

This time he turned to his wife and said, "Look, I've lost my mojo, I need some help to bring it back".

Uncomfortable with seeing a therapist straight away, Simon booked himself an appointment with an executive coach and later an energy healer.

Eventually, the time came for him to walk into his GP's office and admit he needed a different kind of help.

"The day I actually walked in to see my GP and sat down and really admitted my vulnerability and said 'I have been suffering from anxiety' was a very, very difficult thing for me to do. But I knew that once I did it, it was an important turning point.

"I know that there would unfortunately be thousands if not hundreds of thousand of men who are reluctant to take that step. And I totally empathise with them, it's really hard."

Simon said his GP was "hugely understanding" and asked him to fill out of a questionnaire about his mental health.

"Based on that, we determined the course of action and agreed together that I might benefit from some therapy."

Listen: Mia Freedman speaks to Melissa Hopkins about her experience with depression. Post continues below

Speaking to a therapist, was "hugely liberating" for Simon.

"It was incredible. It was hard but the admission of my vulnerability, the admission that I had been suffering from anxiety on and off for my entire adult life, that admission was a massive load off my of my chest."

And he can clearly notice the benefits.

"My anxiety has been hugely, hugely alleviated. I frequently feel better than I ever thought I would ever feel."

It's this reason that inspired Simon to come up with the idea for the men’s mental health campaign 'Boys Do Cry'.

"I had experienced firsthand the benefits of reaching out for help. I was feeling better and I could see my mental health improving. So I started to think, 'I don't want anyone to suffer in silence like I had.'"

It's an important message considering an average of seven men take their lives every day in Australia, making suicide the leading cause of death in males aged 15-49.

"I think it's really important to normalise the ups and downs, the difficult emotions, the conditions that we that we as human beings, all experience."

As the campaign launches across Australia, Simon wants those struggling to remember one thing.

"Right now, the prospect of telling someone about how you're feeling may feel extremely daunting, but if you can find the strength to do it, there absolutely is light on the other side."

He also says as a society, we can all do our part by being more mindful of how we speak to young people.

"We need to be conscious of what we say to them and what expectations we place on them so we can bring up young boys who are free to express their emotions, free to be vulnerable and free to soft."

"Ultimately, I would love if no parents or family member or anyone ever said the words, 'boys don't cry' to a young boy ever again."

Read more about the Boys Do Cry campaign here.