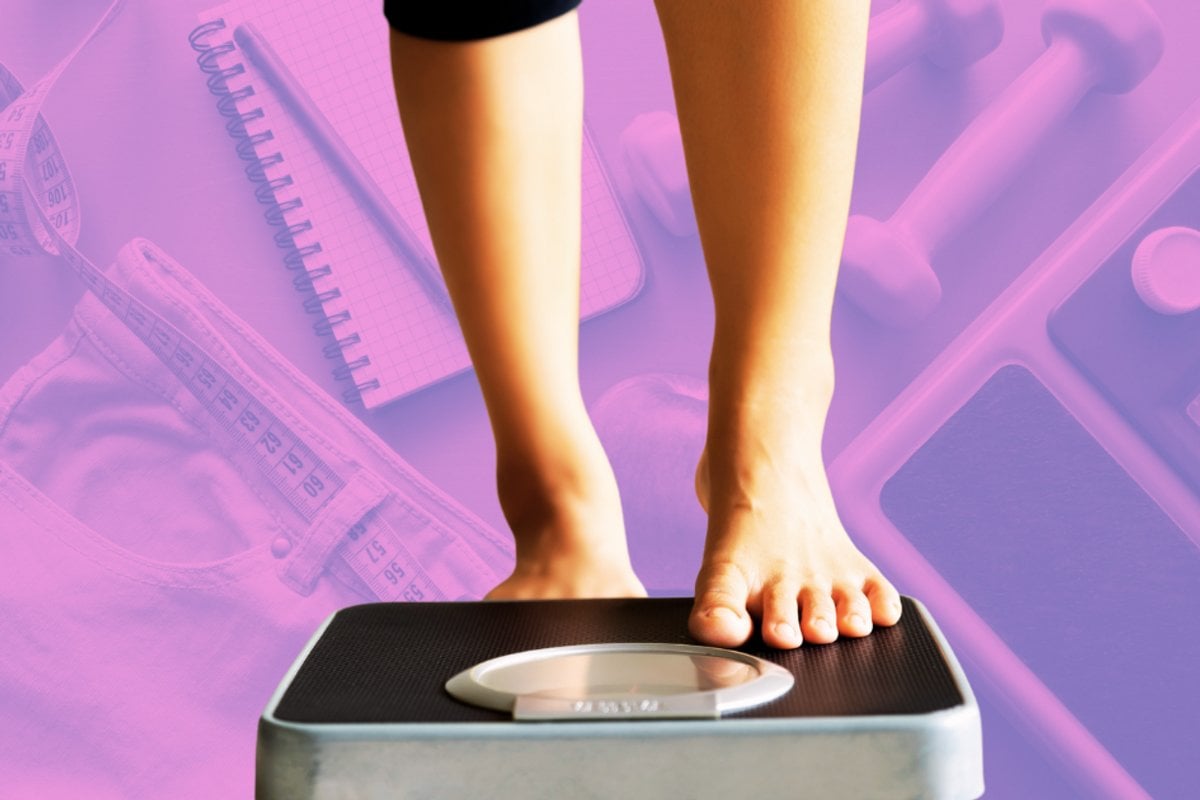 Your BMI is bullshit. Just ask the guy who invented it.

Adolphe Quetelet was a Belgian astronomer, sociologist, mathematician and statistician. He had no expertise, whatsoever, in health. Or medicine. He just liked numbers.

He didn't know what helped a body to function, or whether a number on a scale had any bearing on lifespan.

He just made up a scale. And nearly 200 years later, we're still using it.

How does BMI work again?

The body mass index (BMI) uses height and weight to determine whether an individual is within a 'healthy' weight range. Simply, the BMI calculation divides an adult's weight in kilograms by their height in metres squared. That's it.

The scale is deeply flawed in multiple ways.

Listen to the latest episode of The Quicky. Post continues after audio.

So, what was the point of the BMI in the first place?

The BMI was invented by Adolphe Quetelet in the field of social physics to determine the size of the "average man". It had nothing to do with obesity or metabolic health.

Quetelet developed his formula using measurements of French and Scottish participants, meaning that his index only included white men. It was never intended to be anything else.

What's wrong with BMI? Doesn't it just determine whether or not someone is overweight?

The first issue with the BMI is how it has come to classify someone as 'overweight'.

In 1998, the National Institutes of Health in the United States decided to change their definition of 'overweight'. As Aubrey Gordon writes, they did this by "substantially lowering the threshold to be medically considered fat". She cites a CNN article at the time that read: "Millions of Americans became 'fat' Wednesday - even if they didn't gain a pound."

5 experts were asked if BMI really is a good way to measure healthy weight. The result was resounding. https://t.co/H6miZqEBmm pic.twitter.com/JGSlxMzPO0

The problem is that the BMI misclassifies metabolic health.

Multiple studies have found that more than half of people considered 'overweight' by their BMI actually had a healthy cardiometabolic profile. That means, normal blood pressure, cholesterol and blood sugar.

Furthermore, a quarter of people with a normal BMI had an unhealthy cardiometabolic profile.

Therefore, you can be 'overweight' and healthy. Or a 'normal' weight and unhealthy. You cannot gauge the health of a body at a glance, or by a simple mathematical equation.

A 2010 study that looked at 11,000 subjects over eight years found that BMI was not able to measure the risk of stroke, heart attack, or death.

In 2013, there was a massive study that looked at nearly three million people, which found that people classified as 'overweight' were actually six per cent less likely to die in any given year than people in the 'normal' category.

On top of all this, your BMI is determined by a number of factors you can't change, including ethnicity, heritage and genetics. For example, people of Polynesian descent generally have much higher muscle density. The BMI scale might classify their body as obese, even though it is perfectly healthy.

Is BMI ever helpful?

Sarah McMahon, Psychologist and Director at BodyMatters Australasia spoke to Mamamia's daily news podcast The Quicky this week, noting it is "dangerous" to use BMI as "the only health indicator".

According to BMI, "a large proportion of the Australian Olympic team would be deemed 'overweight' simply because of their muscle mass," McMahon explained.

An additional concern for McMahon is that often well-meaning non-health professionals, such as teachers, "may tell children they are 'overweight' without knowing the nuances of the BMI calculation and ranges."

Ever been told you're overweight or even obese according to your BMI? Wanna know how bullshit that whole measure of your health really is? Check out today's ep with psychologist Sarah McMahon from @BodyMattersAust https://t.co/p6MaQaFSik pic.twitter.com/Ch8XDVR1d1

"As a dietitian, my job is to help people be healthier - not thinner," she told Mamamia. "Therefore, I do not use BMI. Sometimes people naturally lose weight when they adopt healthy habits (and sometimes they gain weight)."

Is BMI helpful or harmful to people who want to lose weight?

One woman, Emily*, told The Quicky just how harmful the idea of BMI had been to her.

"When I was 18 and went for a job that required me to have a physical assessment before progressing in the interview process. I didn't know what it entailed, but I did a bunch of exercises and stretches to 'prove' my mobility. And when the person told me my BMI, she said I was technically in the overweight category."

What the physical assessment person didn't know was that Emily had been struggling with over-exercising, hitting the gym for long periods daily and eating to a very specific calorie amount.

Psychologically, the impact of BMI was tremendously disturbing for Emily.

"To hear that was very devastating and hurtful to my mental health in that point in my life."

BodyMatters Australasia's Sarah McMahon said using any numbers including BMI can be dangerous for people who are trying to lose weight.

"It is really well researched that shame doesn't help your body positivity or behaviour change. It is therefore much more helpful to be focusing on health as a broader, sustainable concept including both their physical and mental health," she shared on The Quicky.

Not only can there be feelings of shame attached to numbers but also obsessive thought patterns.

"Numbers can be triggering. Focusing on numbers often means that people can obsess about making changes to their lifestyle at any cost, simply to reduce their BMI or number on the scale. This can result in unsustainable behavioural change, weight cycling, and binge eating," McMahon noted.

Dietitian Lyndi Cohen points to research that has found that commenting on someone's weight, or highlighting their BMI, tends to make them less likely to change habits and "more likely to dislike their body or develop an eating disorder."

So, what's the alternative?

McMahon and Cohen are in fierce agreement as to the most useful alternative to BMI.

"I would suggest moving away from numbers entirely," McMahon said. "Health is not a number: health is a process."

Cohen added: "A better alternative is to look at someone's overall health. The size of your body does not dictate your health. How you treat your body determines your health.

"The best weight for your body is the weight where your body is strong and your mood is stable. It's the weight where you fall asleep easily and your mind is free to think about things other than macros, calories, or reps at the gym. Your energy levels, mood, sleep, ability to concentrate, and ability to do the things you love determines your health far more than BMI.

"Ultimately," she said, "if you eat well and exercise, your body will find a size and shape that is perfect for you."

You can find Lyndi Cohen at her website, www.lyndicohen.com, or on Instagram @nude_nutritionist. You can find Sarah McMahon at  bodymatters.com.au

*Emily's real name was changed for privacy reasons, but her identity is known to Mamamia.