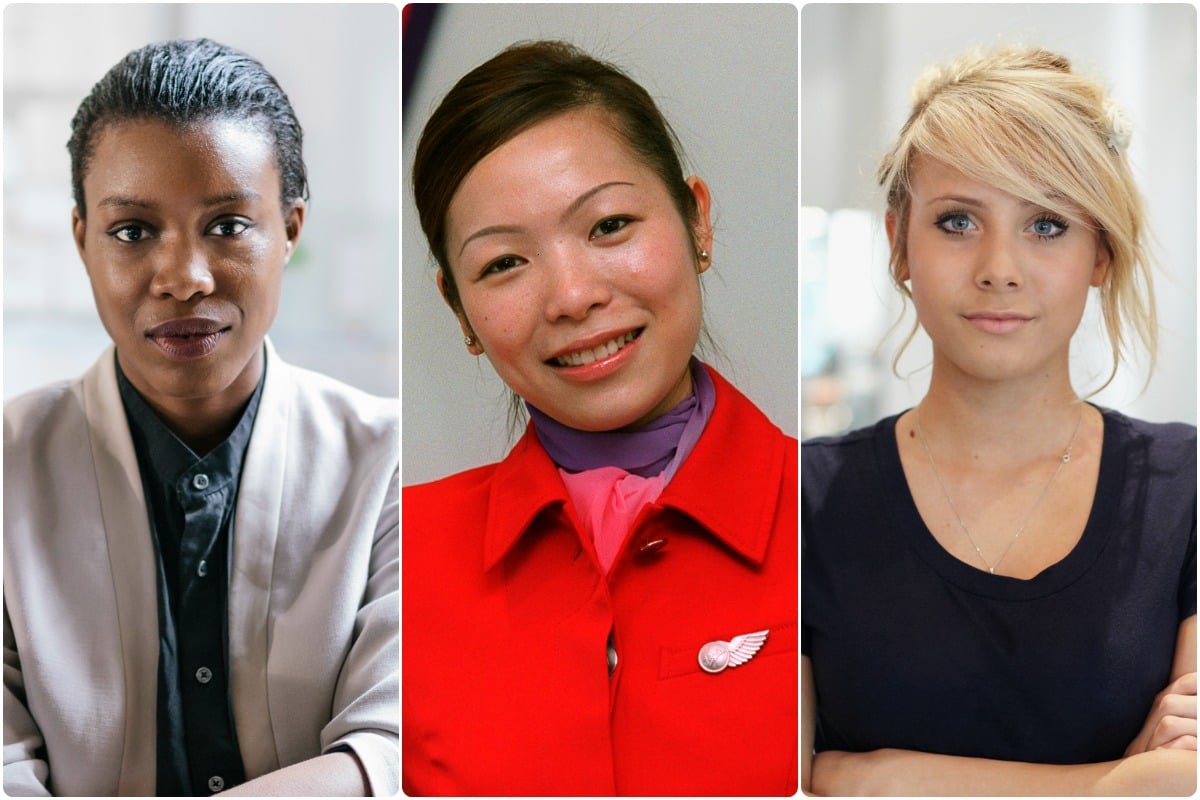 The images used in this article are stock photos.

For those who grow up to be nurses or police officers or flight attendants, wearing a uniform is part of the gig they sign up for. In fact, wearing the scrubs, or donning the blue, is often part of the appeal.

But the benefits of dressing like your colleagues can quickly be overshadowed when those "dress codes" start to blatantly ignore racial differences, body types and sexes.

The presentation guide - which circulated until September 2019 - featured no men or women of colour, and specified that hair must be "soft, textured loose waves, or blow dried straight".

We asked the Mamamia community about their own experiences with "work uniforms" and they shared some insanely outrageous requests.

Take the airline industry. Anyone who has been on a plane of any type knows that flight attendants are required to abide by a certain set of guidelines. But those guidelines are so much more strict that many of us might assume.

As Katie explains, every airline has a "look book" which includes approved hairstyles, with our own national carriers Virgin and Qantas only accepting ponytails up to 30cm in length. 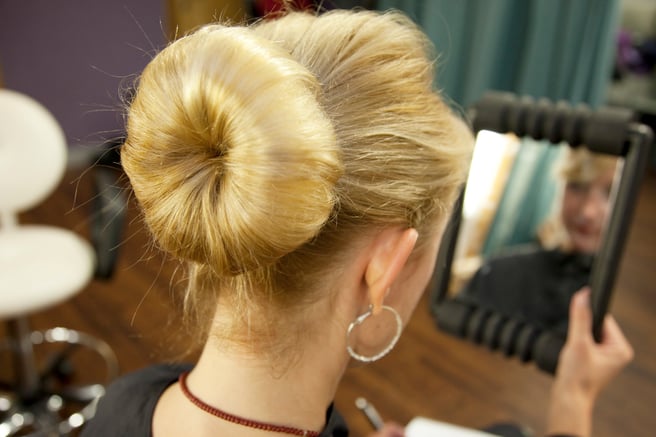 Airlines generally have "look books" with strict guidelines about what you can and can't wear with particularly strict rules around hair. Image: Getty.

With shoes, you must wear a heel higher than 4cm in the terminal, and on the aircraft you can change to flats - but they must have a distinct heel of some kind.

"Every aspect of your appearance is dictated to you as to how you can wear it. And it is policed on duty," she told Mamamia.

Vanessa works for a Middle Eastern carrier and they even have their BMI checked by grooming officers as they pass through security at the start of a shift.

"If it doesn't remain in check, you're placed into a program," she shared.

But from the dozens of examples shared with Mamamia, the most surprising came from industries you would never expect, and a lot of the time - surprise surprise - the 'rules' pertained to things that couldn't be or would never be expected of men.

"When I was 16 and working in the hospitality industry, my boss told me to wear more makeup to work because my acne could look 'unsanitary' to customers," Karagh shared.

"I missed out on a job at a large department store even though I had a lot of retail experience. When I asked for feedback they said it was because I hadn't worn hosiery to the interview. I had actually worn stockings on this day but they had laddered on the train so I took them off before the interview, not thinking I would need to explain myself," Rebecca said.

As a hairdressing apprentice, Jess was told to wear huge colourful eyeshadows and forced to get an "awful haircut" when she joined the team.

"[They were] laughing at me while I was crying getting it done. It was traumatising for a young, insecure girl," she said. 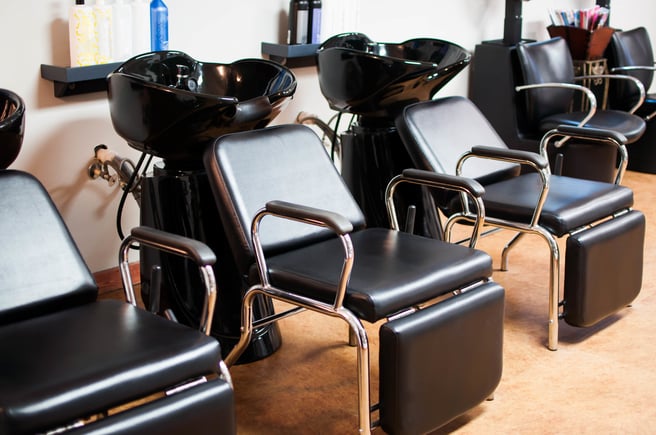 Jess was reduced to tears because of the strict appearance rules she was forced to abide by when she entered the hairdressing industry. Image: Getty.

At Carol's pharmacy, management gave one of her colleagues a warning because she came in with her hair still a little bit damp from her morning shower.

"She got a warning on how unacceptable it was to come in looking 'trashy'," Carol told Mamamia.

Kim worked at a retail store for a while, and they were checked every day before they entered the shop floor. There were three 'approved' hairstyles they could have, and they weren't allowed to show their hair tie in any of them.

Lyssa is a primary school teacher, and when she first started at a particular private school in 2003, her first staff meeting was with a colours consultant, whose job it was to tell her which hues suited her the best.

She was also required to brush her teeth at lunchtime and reapply lipstick so she had a "fresh face" when she greeted parents of an afternoon.

Anna-Marie works in business development, and was recently told by her boss "that I needed to wear more makeup as I looked too young and people wouldn’t take me seriously or trust me because of my age. Once I showed them that people took me seriously because of my knowledge and ability, they didn’t mention my appearance again". 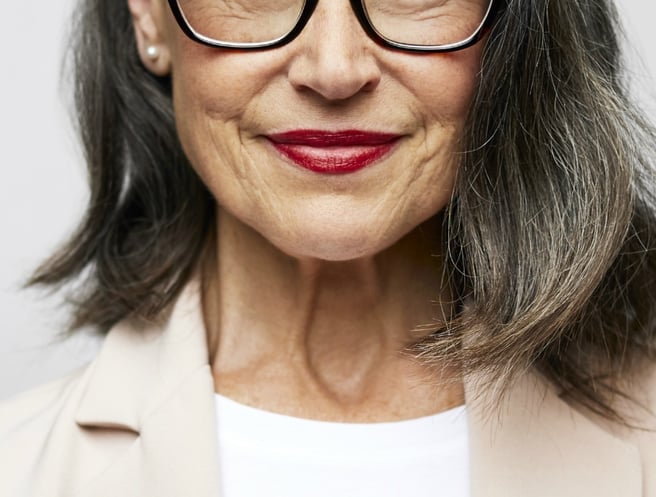 Dozens more women told Mamamia their work (or often just specific managers) enforce the use of lipstick and heavy makeup as part of the work uniform. Image: Getty.

For Kate, who works in mining, she experiences the opposite problem.

"I wear makeup, not because I have to, but because I like it and it makes me feel good. The commentary that then comes from the peanut gallery though... ‘why are you so dressed up’ , ‘who are you trying to impress’, ‘stripper nails’ and my favourite.. when I wash my hair and switch up the 4.30am messy bun for my hair down I can guarantee by 7am a man has commented about my hair," she said.

In 2014, it was reported that 50.2 per cent of Australian employees wore uniforms to work, for reasons including to increase the professional look of the company, make it easier for customers to identify staff, and manage the personal appearance of employees.

But when the focus of that last point becomes less about hygiene standards and more about gendered stereotypes - policing things like makeup, high heels, and skirts, and often with a racially discriminatory undertone, do  "dress codes" need a 2020 overhaul?

When done correctly, dressing in uniforms can really unify a team and be a powerful branding tool for a company.

Despite the very strict rules in the aviation industry, which she herself admits are "stuck in a time capsule", Kate says "I quite like getting dressed up for work, I take a lot of pride in being part of my airline’s brand".

But when guidelines either consciously or subconsciously make the window for what kinds of people can work in a company as narrow as possible, a businesses' ability to be sexist, racist, ageist, or sizeist is what you're left with.