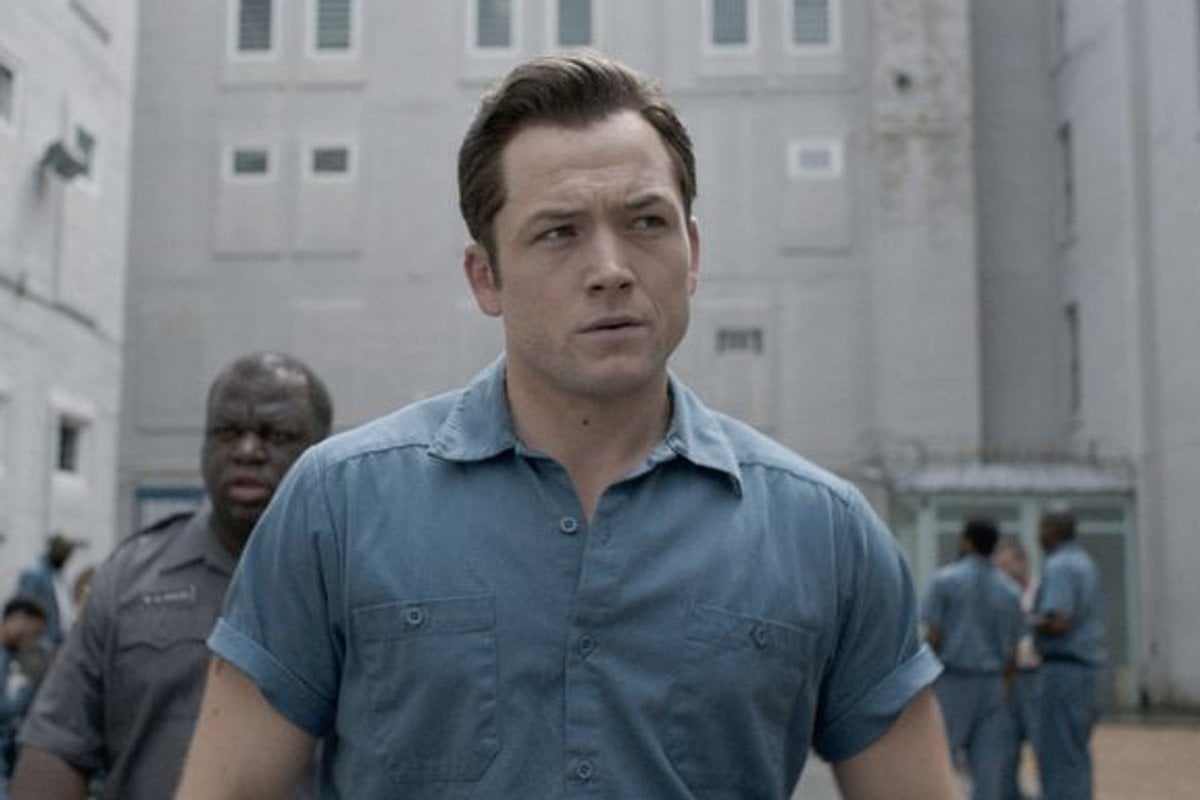 Just a heads up, there will be spoilers for Black Bird in this post.

The chilling drama is the latest limited miniseries to join the streaming service, and is based completely off a true story. Unfortunately, we still have more questions than answers.

Starring Taron Egerton and Paul Walter Hauser, Black Bird tells the haunting story of a man who was charged with drug dealing attempt to get a serial killer to admit to his heinous crimes.

The mini-series follows the true tale of Jimmy Keene and serial killer Larry Hall, and is based on Keene's memoir In with the Devil: A Fallen Hero, a Serial Killer, and a Dangerous Bargain for Redemption.

Already we are four episodes deep into the gripping adaption with just two episodes left to go, but there are still so many questions looming.

Here is absolutely everything we know about the true story behind Apple TV's Black Bird.

What is Black Bird about?

Taron Egerton (who you might recognise from Kingsman or Rocketman), stars as Jimmy Keene, a star high school football player who fell into drug dealing. He is also the son of a beloved police officer, but unfortunately lands himself in prison for 10 years.

Egerton stars alongside Paul Walter Hauser who plays Larry Hall, a disturbed convicted serial killer. While Hall's death toll is not confirmed, FBI believed he could have stolen the lives of over 40 women and girls. 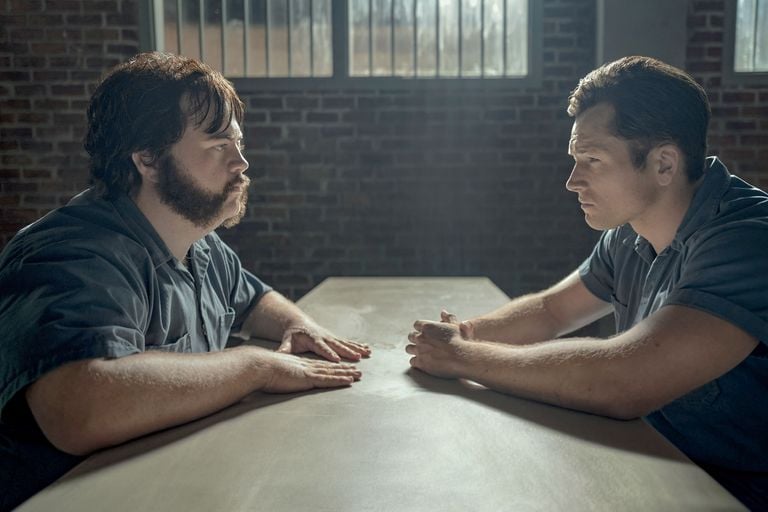 Greg Kinnear, Jake McLaughlin, and Ray Liotta also join Hauser and Egerton to bring the true story to the screens.

There are two episodes left to go, and already critics have praised the script, ensemble cast, and the storyline for its authenticity. Rotten Tomatoes has rated the series a 98 per cent.

In saying that, Black Bird is riddled with twist after twist and the ending still awaits us.

Was Jimmy Keene really sent to befriend a serial killer?

In 1995, Hall was sent to prison for the kidnap and brutal murder of 15-year-old Jessica Roach, who went missing in 1993. His conviction was based on the original confession of the murder he made to police, despite multiple attempts to recant it. We came to learn back tracking was part of Hall's pattern, as he would make multiple confessions with a multitude of different stories before recanting them later down the track.

Hall was born a twin in Wabash, Indiana. Unlike his brother Gary, he was the 'odd' one with no athletic or academic ability. In Black Bird, we see Gary Hall's strict defence of his brother, but in real life, he admitted he was "not surprised" after learning of his arrest over the murder of Roach.

"It just all fit together; it all made sense. There was all these questions growin' up with him and, you know, him bein' a young adult and everything, and him not havin' a girlfriend," Gary explained.

"There was all these unanswered questions that - that it all made sense."

Despite only going to prison for the kidnap of Roach, FBI (and even his own brother) suspected that there were more disappearances and murders Hall had failed to confess to.

As such, investigators were absolutely determined to uncover his lies and keep him behind bars for good and to do so, they employed the help of charismatic, disgraced Keene.

In 1998, Keene was given the opportunity of a lifetime by the FBI to either serve his full sentence or befriend the alleged serial killer and coax out confessions and evidence.

In doing so, he would be granted his freedom. 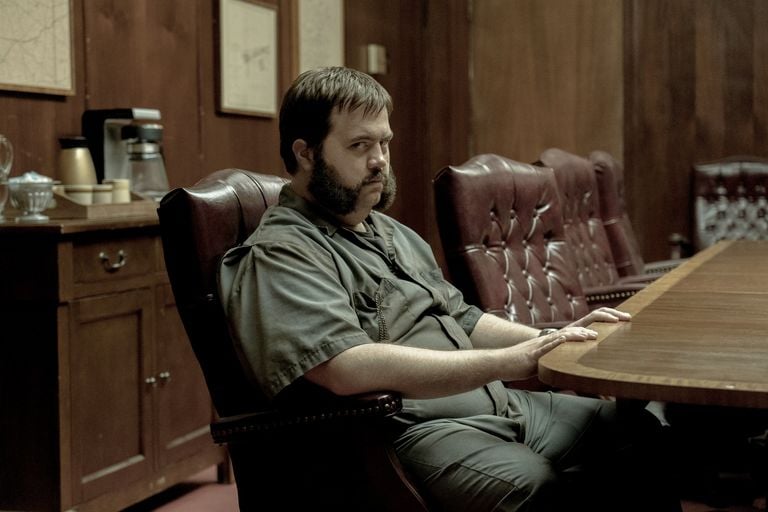 Did Larry Hall ever admit to his crimes?

Keene spent months gaining Hall's trust and had some success in finding out more crucial information from the killer.

On one note, Hall admitted to Keene to the murder of 15-year-old Roach, going as far to reveal specific details not mentioned to the public.

Keene also found Hall with a map that identified several locations and assumed it was a clue that might lead to additional bodies. While he sent a message to the FBI, the tip-off came to nothing as Keene ended up confronting Hall and getting himself thrown into solitary confinement in the process.

The FBI never received his message and didn't come to learn about the evidence until Keene was out of confinement. By then, the map was long gone. 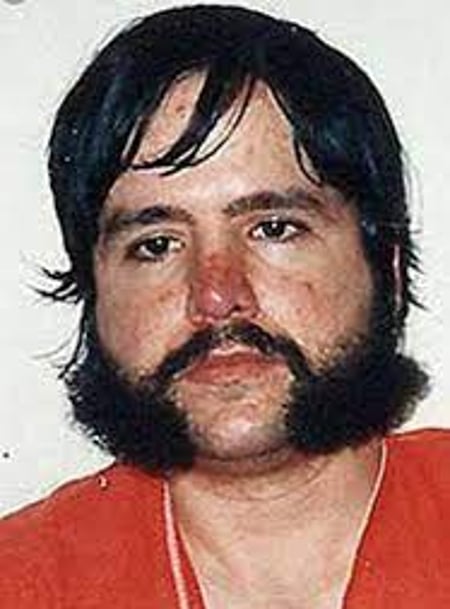 Where are Jimmy Keene and Larry Hall now?

Hall may have appealed his sentence, but his confession to Keene kept him behind bars for good. He is now in his late 50s and serving the rest of his life sentence without parole in Butner, North Carolina.

In the years following his time with Keene, Hall has confessed to a number of other murders, but has also recanted every single confession. To this day, it remains a mystery (despite estimates from the FBI) how many lives he took.

While Keene was technically unsuccessful in garnering new confessions from Hall, he was instrumental in keeping Hall behind bars. Keene was granted freedom after his time in prison and in total, he spent less than a year behind bars. 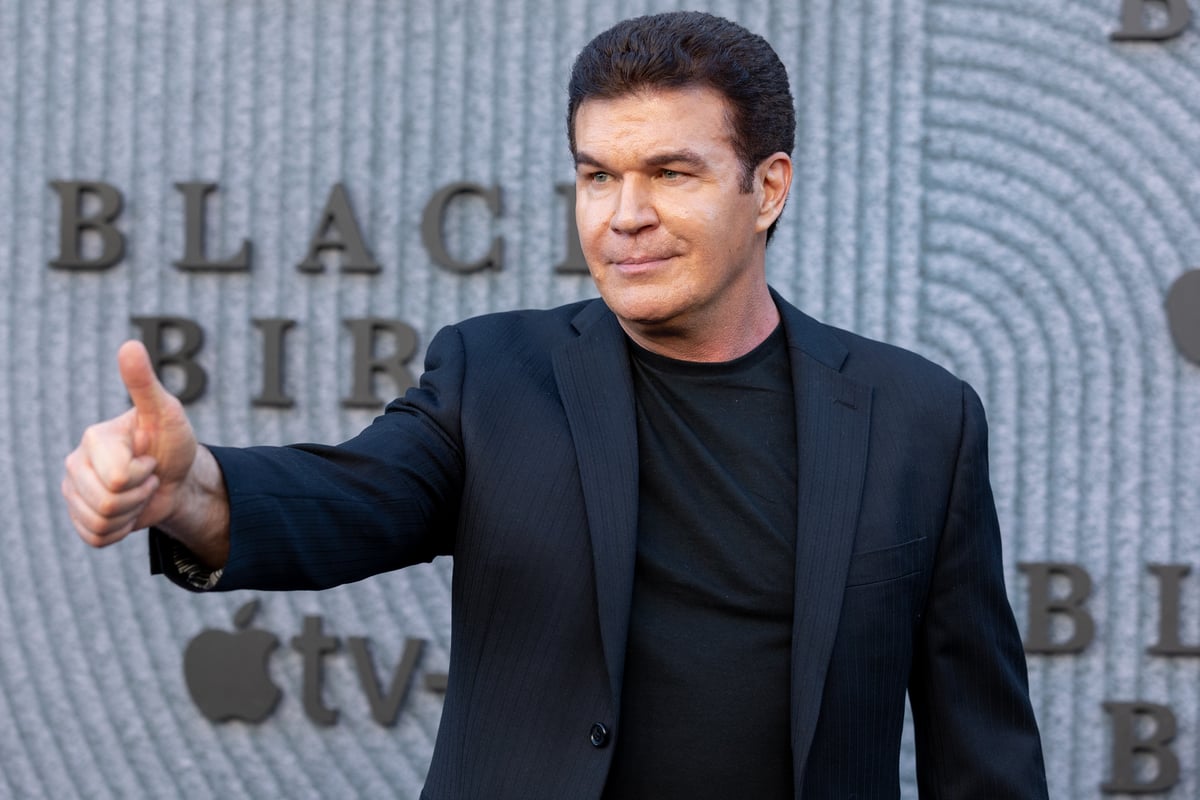 The real Jimmy Keene in 2022. Image: Getty. In Black Bird, we see Keene's father is dying. After becoming a free man, he was able to spend five more years with his dad before he passed away.

Keene has since gone on to write more memoirs and his story has of course been adapted into the critically acclaimed Black Bird.