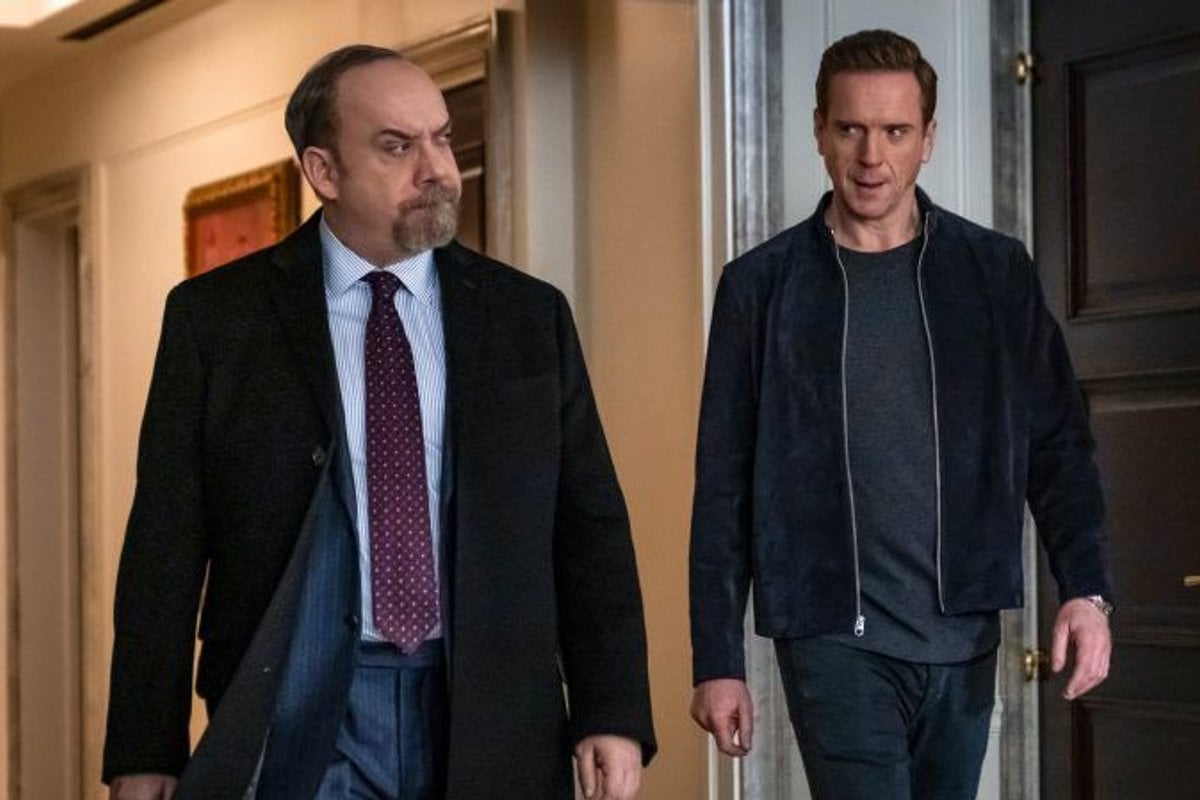 Just as we are all in need of a juicy TV distraction, Billions has made a return to Stan.

Part two of season five, which was delayed due to the COVID-19 pandemic, is now streaming on Stan and this fictional world of high finance is back with a few twists that fans have been waiting over a year to see.

At the beginning of the series, Chuck is the U.S. Attorney for the Southern District of New York and he has a particular distaste for wealthy criminals. While Bobby is a billionaire manager of the hedge fund Axe Capital who came from humble beginnings but has kept some of his business dealings a secret.

Chuck and Bobby develop a fierce rivalry over the course of the series as Chuck attempts to prosecute Bobby and expose his illegal business dealings.

Things are made even more complicated by the fact that Chuck's wife Wendy Rhoades (played by Maggie Siff) has a close relationship with Bobby after working as a psychiatrist and in-house performance coach at Axe Capital.

Take a look at the trailer for season five of Billions, part two, streaming now on Stan.

While some adjustments had to be made when it came to the logistics of shooting season five part two (thanks to COVID) the team behind Billions assured fans that the storylines and big plot points they have previously mapped out for the characters have all remained the same.

The second half of season five is centred on the presence of powerful billionaire Mike Prince (Corey Stoll), who is set to turn Axe Capital on its head and finally give Chuck a potential new weapon to up the stakes in his ongoing battle with Bobby.

New enemies will be made and new alliances formed as no one at Axe Capital is safe from the fallout, including Taylor Mason, played by fan-favorite performer Asia Kate Dillon.

Asia Kate Dillon joined Billions in season two as Taylor, an intelligent and fiercely competitive financial analyst at Axe Capital who becomes close to Bobby throughout the seasons until they were appointed CIO of Axe Capital, before sticking out on their own. Taylor was later forced back to Axe Capital as a subsidiary in-house fund under Bobby's control.

Asia Kate Dillon, who first rose to fame on Orange Is the New Black, has been a breakout star on the series and their role on Billions is the first non-binary main character on North American television.

Dillion's character Taylor will be one of the characters wrapped up in the fallout that comes from Mike Prince's arrival.

Stream new episodes of Billions season five every Sunday, same day as the U.S. and only on Stan.