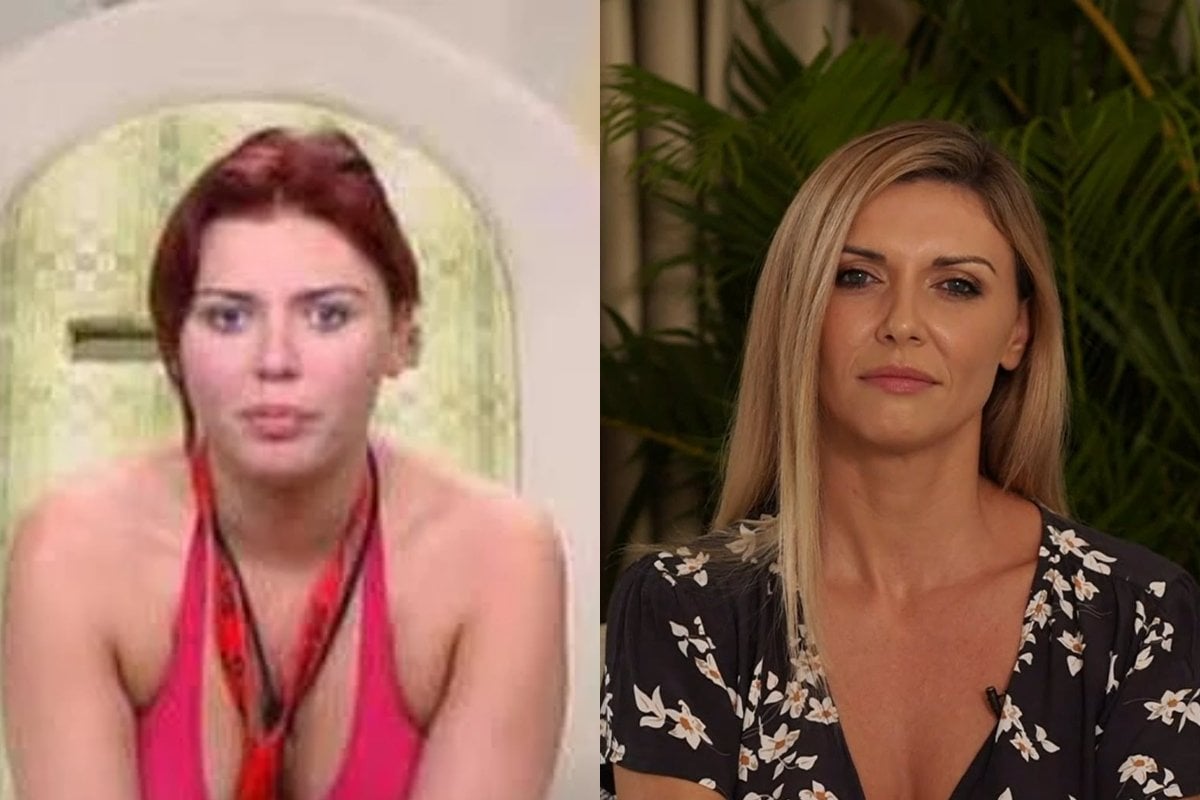 In 2006, Big Brother became infamous for the “turkey slap” – an incident that would change Australian reality TV forever.

At the time, the men involved described it as “mucking around” and “a bit of fun”. But how would we see it now, in the wake of the #MeToo era?

This is what unfolded at 4.30am on July 1, in the 10th week of the show. It was streamed live on the Big Brother website.

Housemates, including Camilla Severi, Michael “Ashley” Cox and Michael “John” Bric, are lying awake in the darkness, chatting to each other. There’s joking about a “naughty arrow”, and Severi talks about a PE teacher at her school who used to keep some of the girls behind.

Then, from the bed where Cox and Bric are, there’s a voice: “Cam, come over here!”

“What are you going to do?” she asks as she walks over. “You’re not going to fart on me, are you?”

There’s laughing, and then they tell Severi to lie down and shut her eyes.

“What are you going to do?” she asks again. “You’re not going to turkey slap me, are you?”

Then Bric holds Severi down, initially with his arm over her body, and then with his hand on her chin. He tells Cox to “turkey slap” her. Cox rubs his crotch into her face.

Both men are laughing.

“I just got turkey slapped,” Severi announces to the room, before telling Bric and Cox, “You guys are mean to me.”

Bric and Cox were escorted from the house by security, with Big Brother producers saying it was a “breach of the rules”.

Severi talked about the incident in the diary room: “I wasn't offended as such but I did think they took it a little bit too far but, you know, we laughed it off."

When she found out Bric and Cox wouldn’t be returning to the show, she broke down in tears, saying, “I'm really sorry, guys. I feel so bad."

A Queensland police spokeswoman said the show’s producers invited police to view a video of the incident.

"Following that viewing and, after speaking to the three Big Brother participants and producers, police say at this stage there is insufficient evidence for any criminal investigation," she said.

The “turkey slap” made headlines not just in Australia, but around the world. For people who already hated Big Brother, it was the perfect chance to attack it.

"When you have a provocative setting with sexually-charged young people and ply them with all the alcohol they can drink, you can't be surprised this could happen," said Bill Muehlenberg, secretary of the Victorian Family Council.

Prime Minister John Howard weighed in, telling Macquarie Radio it was a question of “good taste”.

"Well, here's a great opportunity for Channel Ten to do a bit of self-regulation and get this stupid program off the air," he said. 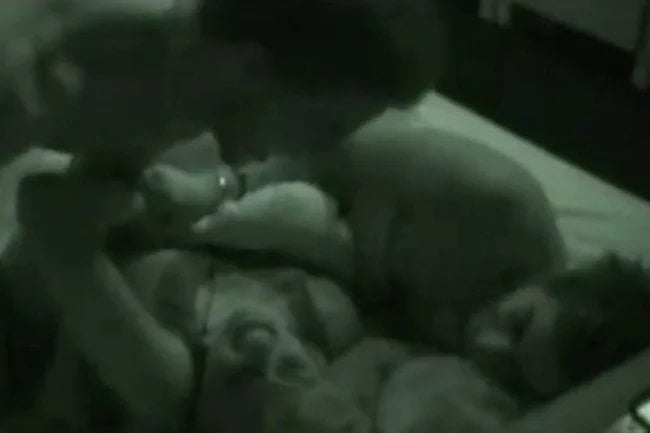 But online, many people felt the incident had been blown out of proportion.

"The way it was described in the papers, I pictured Camilla really being pinned down and struggling with Ashley having his way with her,” posted one person on BehindBigBrother.com. “In reality it was much more light-hearted and foreshadowed before it occurred.”

"It was just a practical joke and Camilla knew this," Cox said. "We were mucking around, having a good time, and obviously we didn't intend on hurting Camilla in any way."

Bric said it was a “massive shock” to read what was said about them in the media.

“We are good blokes and we really do treat women with respect,” he insisted.

Watch Bric and Cox's interview with Gretel Killeen after the incident. Post continues after video.

Severi came runner-up in the series, then landed a job in radio. Cox and Bric rarely spoke about the incident afterwards, but they did do an interview with Zoo Weekly, where Cox said it had “ruined” his life.

“I was branded a rapist on national TV,” he said. “The hardest part was having no support from anyone.”

Bric told Zoo that the producers had “used and abused” them.

"I'm still angry with them,” he said. "The show exploits young people."

Fourteen years after the 'turkey slap' incident, Camilla Severi has spoken about how she feels concerning the notorious incident on SBS Insight.

She said that night, she went to bed and didn't think anything of it until she was pulled aside days later and found out the men had been evicted.

She said she felt like the media wanted to paint the story a specific way.

"I did not feel traumatised about the situation at the time, but the way it was rehashed constantly, that was... I'm not going to say traumatising, I don't think that's fair, but it certainly did me no favours.

"I've tried to put it to bed a lot of times, but people like to talk about it."

She previously spoke about it on The Ben Rob & Robbo Show earlier in 2020.

“It’s one of those things where it was really a moment in time,” she reflected.

"I was on the show for a hundred days, it was about 15 seconds of my time in the house and yet people do like to talk about it a lot.

“We were all mucking around and I’ve said this before, if it happened at a party and someone did that to me I’d probably say to them, ‘Hey, that wasn’t cool’ and then we’d move on,” she said.

"But because it happened on live TV and it’s been dissected so, so many times from different angles, it was quite a confusing experience."

Severi added that she was more upset about the relentless media attention she received rather than the incident itself.

"Look, I didn’t ask for that to happen and sometimes when people ask me about it I say, ‘Well, it’s really interesting this keeps following me around because I didn’t do it’," she explained.

"But am I scarred by it? No. What I’m scarred by is the constant attention, you know, and the fact that I went on to do eight years of breakfast radio, I have three beautiful children, I’m married, like I’ve got a really full life, I’m studying, there’s so much other stuff that’s going on in my life and this was like such a blip on the radar."

Big Brother did return the following year. But the raunchy Big Brother: Adults Only (previously known as Big Brother: Uncut) was axed.

"Adults Only never broke the code of practices but I suppose what you have to do in life is realise that sometimes you don't control anything and just go with it," Killeen said at the time.

Big Brother: UpLate came back, but it was more tightly controlled, and only lasted one more season.

Communications Minister Helen Coonan commissioned a report from the Australian Communications and Media Authority, in the light of the incident. The report recommended that reality TV programs should be banned from presenting participants “in a highly demeaning and exploitative manner”.

The incident also, apparently, had an effect on the way Australian reality TV shows are made. In 2018, a reality TV producer, speaking anonymously to Fox FM, said it had led to a stricter alcohol control policy.

“Do you remember years ago, Big Brother, that ‘hot dog’ incident or whatever it was?” she said. “They changed all the rules [afterwards], so they weren’t allowed to get blind drunk.”

Watching the “turkey slap” now is quite confronting.

Severi said after the incident that she was “uncomfortable for a split second”, and it’s not hard to see where that happens. All three of them are laughing at first, but then, when one man holds her down and the other rubs his crotch in her face, that “Hey!” from her doesn’t sound like someone having fun.

The incident has been posted on YouTube, and the oldest comments tend to be on the side of Bric and Cox: “She egged them on to do it,” “She was having fun,” “She loved it.”

But the last comment is telling: “Wouldn’t be done in this day with the #MeToo movement.”

This post was originally published in October 2019 and has been updated on October 14, 2020.