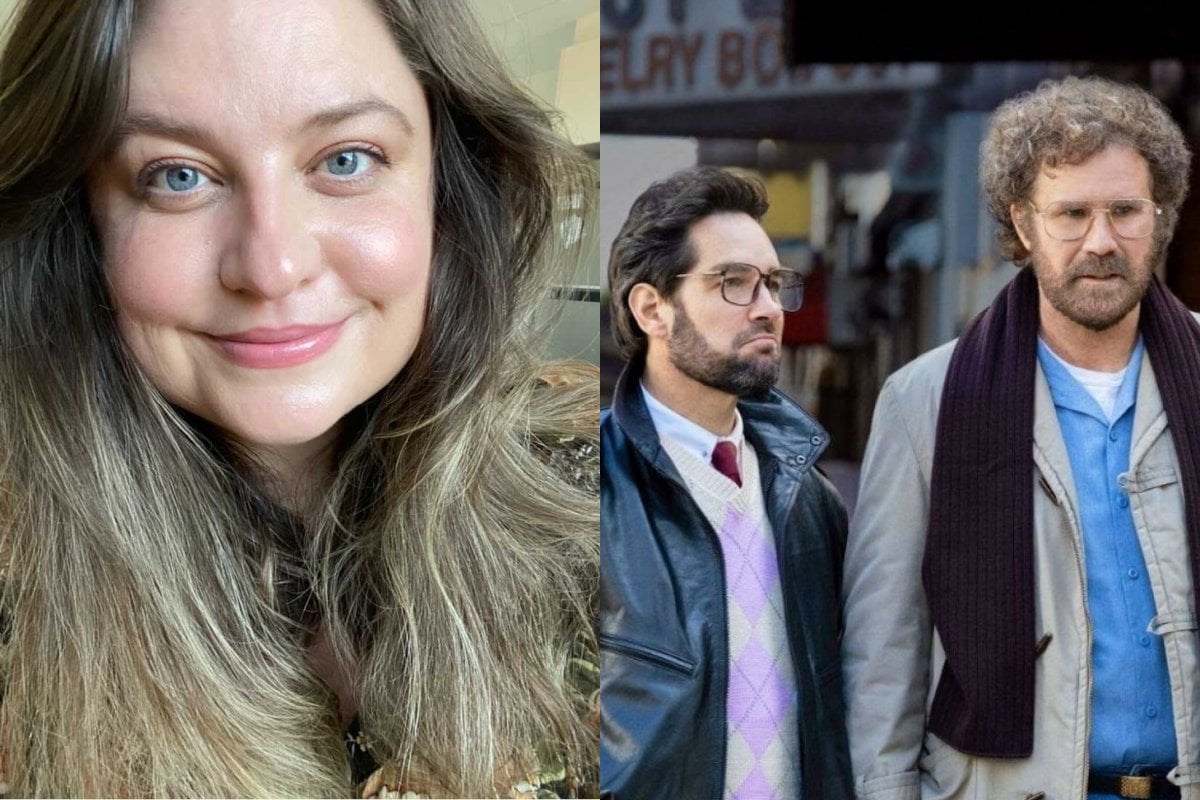 November is shaping up to be a bloody great month of TV.

Everyone's favourite mulleted big cat keeper is back for more murderous plot twists. The much anticipated fourth season of Yellowstone will premiere on Stan. The Selling Sunset crew is back for some more petty feuds and eye-watering property sales. Mindy Kaling's newest comedy-drama is set to premiere on Binge. There's a new Australian comedy you're going to love on ABC TV. And Will Ferrell and Paul Rudd are starring in the adaptation of one of 2020's most popular true crime podcasts.

See what I mean? SO MUCH TV.

Watch the trailer for Netflix's Tiger King 2. Post continues below.

Based on my humble (read: expert) opinion, here are the eight shows everyone will be watching in November: 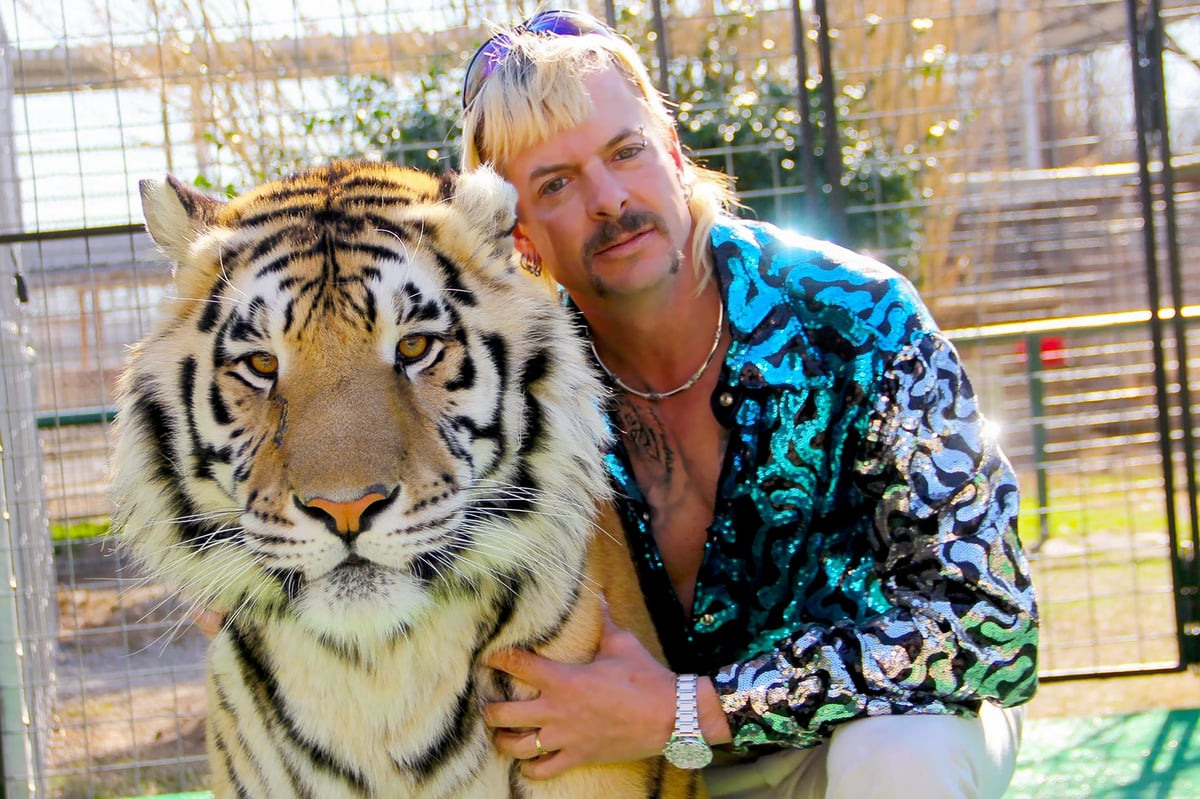 The world had just gone into lockdown. There was a virus spreading around the globe at a rapid rate. And we had no idea when we would see our family and friends again.

But thankfully we had a shining beacon of hope through it all.

Granted, that shining beacon of hope was a mulleted man named Joe Exotic who accused a woman named Carole F**ken Baskin of murderin' her husband and then tried to murder her, but beggars can't be choosers.

It was a weird time for all of us (but especially Carole Baskin's missing husband) and it's about to all happen again.

On November 17, the second season of Tiger King will premiere on Netflix. The series will pick up right where the first season left us, looking into the plot to kill Carole F*cken Baskin and diving deeper into the mysterious disappearance of her husband.

Joe Exotic's friend-turned-foe Jeff Lowe will take on a bigger role in this season and we'll be introduced to a self-described "Eastern European b*tch".

The promos for the series claim the first season merely "scratched the surface" of this crazy story and I, for one, am ready for this colourful shirt wearin', big cat rearin', murder plottin' jelly.

You can stream the entire second season of Tiger King on Netflix from November 17. 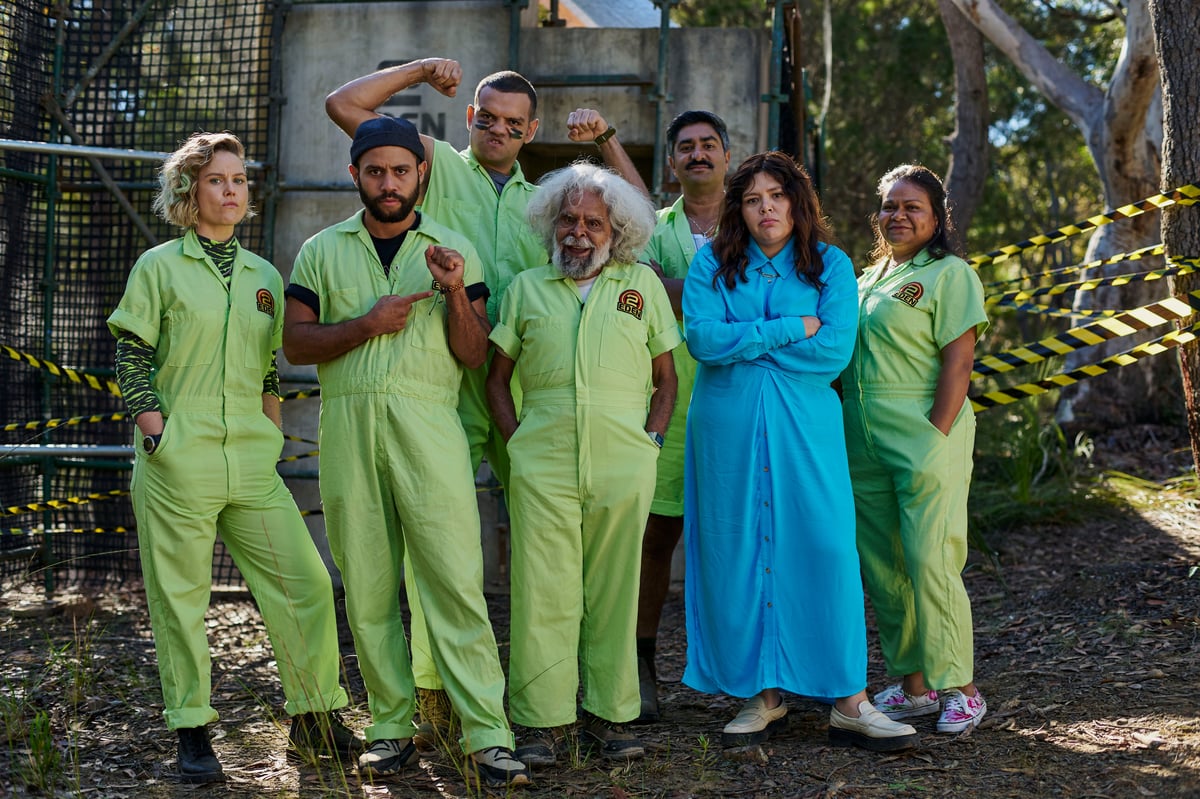 If you've ever gone through a particularly s**tty time and thought about joining a cult or standing out on the street yelling 'THE END IS NIGH' into stranger's faces as they walk by on their morning commute, then you need to watch the new Australian comedy, Preppers.

The six-part comedy series is written by Nakkiah Lui and Gabriel Dowrick and directed by Steven McGregor (Black Comedy). It follows the story of Charlie (Lui), a young Indigenous woman who after suffering her own personal crisis, moves into Eden 2, an Indigenous-run community of ‘preppers’ who are planning for the apocalypse.

The cast also includes Jack Charles as Monty, the founder of Eden 2, Meyne Wyatt as Guy, a macho Indigenous survivalist who's obsessed with self image, and Chum Ehelepola and Ursula Yovich as Lional and Kelly, a relentlessly optimistic born-again couple.

After reluctantly joining the community, Charlie eventually finds a sense of belonging and begins to think that maybe she's not as powerless as she always believed.

Preppers premieres on ABC TV and ABC iview on Wednesday, November 10, at 9.10pm. 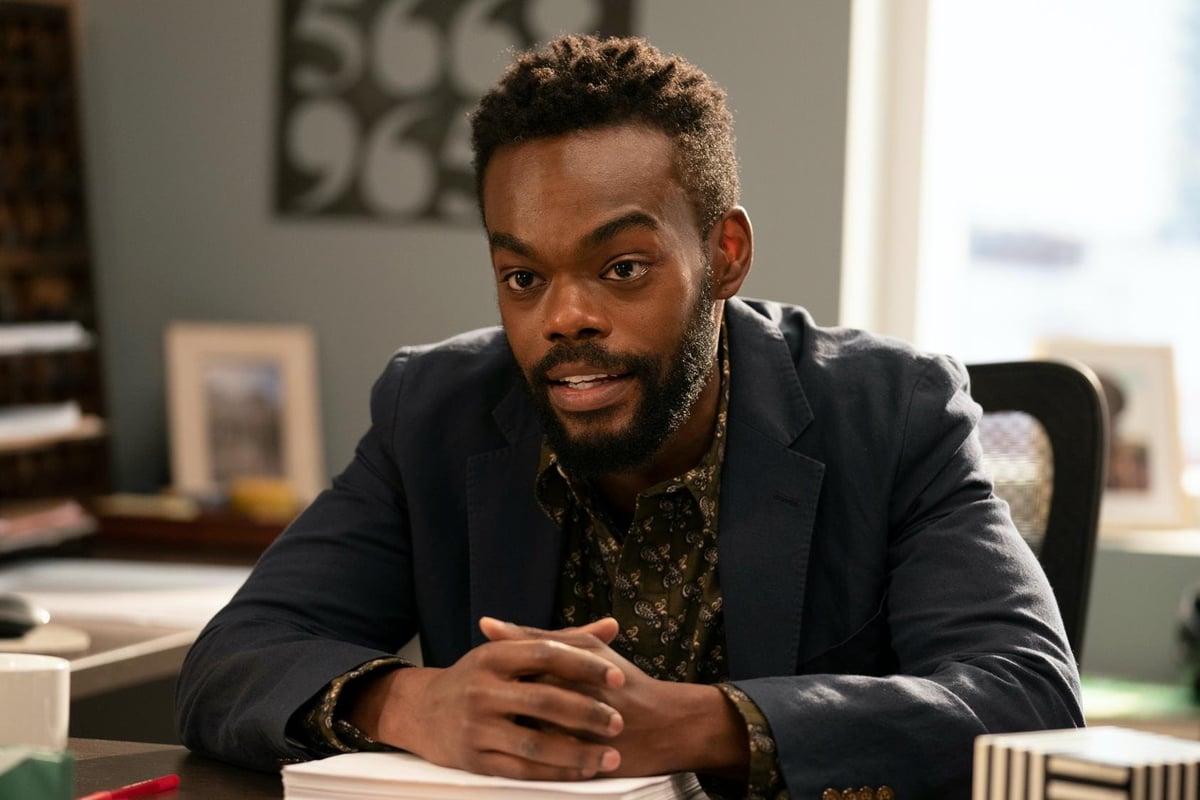 Stan's fun, flirty and bloody heartbreaking anthology series, Love Life, is back for its second season.

In the first season, we followed Anna Kendrick's Darby as she navigated falling in and out of love in her twenties and thirties, with a good sprinkling of marriage, divorce and a baby.

In season two, we follow the story of Marcus Watkins (William Jackson Harper AKA Chidi from The Good Place) a 30-something book editor.

Unlike Darby, we meet Marcus when he's a bit further on in his 'love journey'. In the first episode, he separates from his long-term girlfriend-turned-wife Emily (Utopia's Maya Kazan), after having an emotional affair with Darby's colleague, Mia (2 Dope Queens' Jessica Williams).

Like Darby, throughout the second season, we'll follow Marcus as he falls in and out of love and ultimately discovers that LEARNING TO LOVE YOURSELF IS THE GREAAAAAATEST LOVE OF ALLLLLLL.

You can watch the first three episodes of Love Life season two on Stan now, with new episodes dropping weekly on a Thursday. 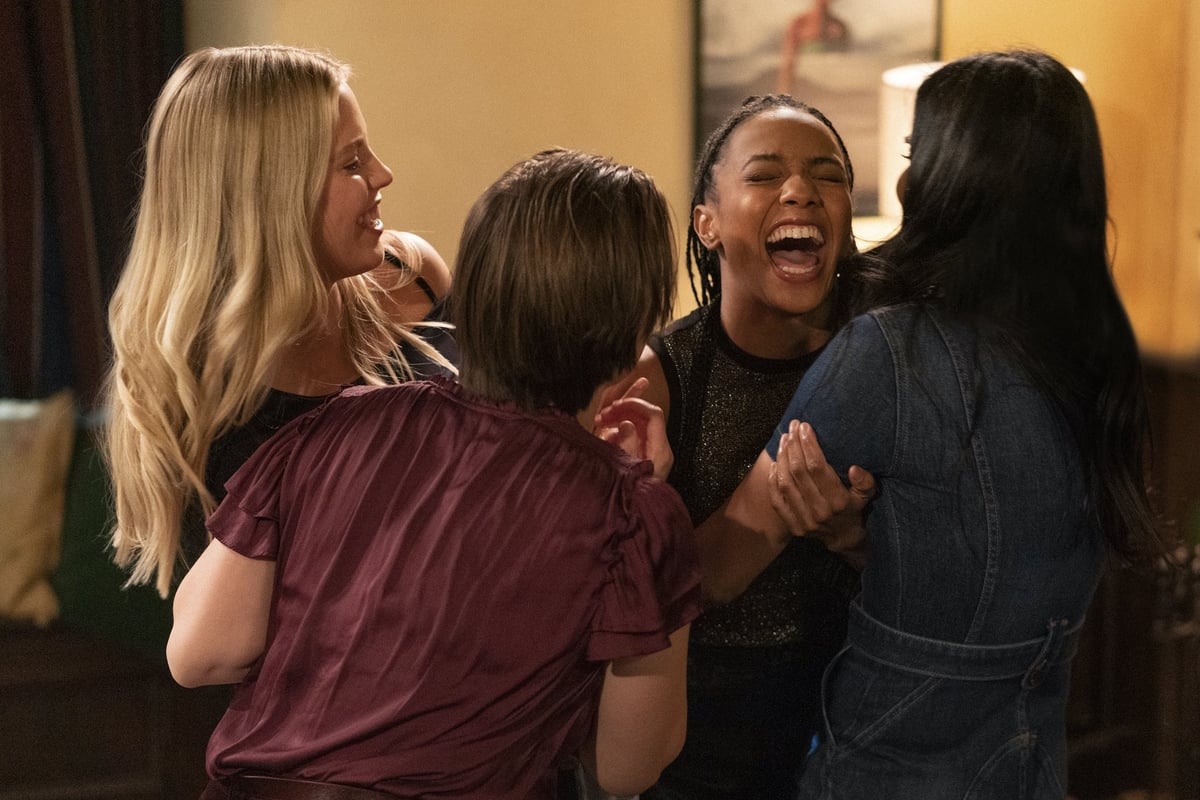 If you're a fan of The Mindy Project, Never Have I Ever and the short-lived Champions, you're going to love The Sex Lives of College Girls.

The comedy-drama series is the latest from the mind of Mindy Kaling (AKA Kelly Kapoor from The Office AKA one of the greatest comedy minds of this century).

It follows the story of four 18-year-old freshmen roommates at Essex College in Vermont, as they navigate sex, love and friendship.

Canadian actress Amrit Kaur will star as Bela, who describes herself as "sex positive" even though she only had sex for the first time 14 days ago.

Alyah Chanelle Scott will star as Whitney, the star player of the soccer team and the only daughter of the most powerful Black senator in the country.

And finally, Reneé Rapp will star as Leighton, an entitled private school girl from the Upper East Side.

The Sex Lives of College Girls will premiere on Binge on November 18, with new episodes dropping weekly.

The Shrink Next Door 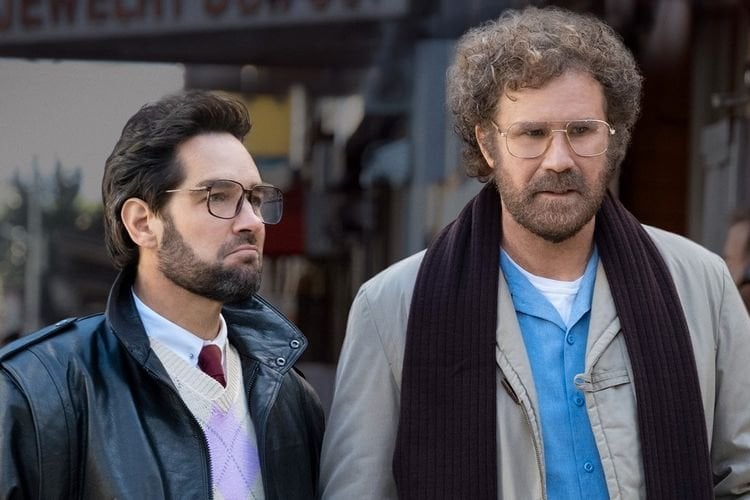 What do you get when you mix two comedic geniuses, a chart-topping podcast and an absolutely insane true crime story?

The series, based on the podcast, follows the relationship between psychiatrist to the stars Dr. Isaac “Ike” Herschkopf (Paul Rudd) and his longtime patient Martin “Marty” Markowitz (Will Ferrell).

What starts out as a seemingly innocuous shrink/patient relationship soon escalates with Ike moving into Marty's family home in the Hamptons and inserting himself into his business.

The glorious Kathryn Hahn also stars in the series as Phyllis, Marty's sister.

The Shrink Next Door premieres on Apple TV+ on November 12. 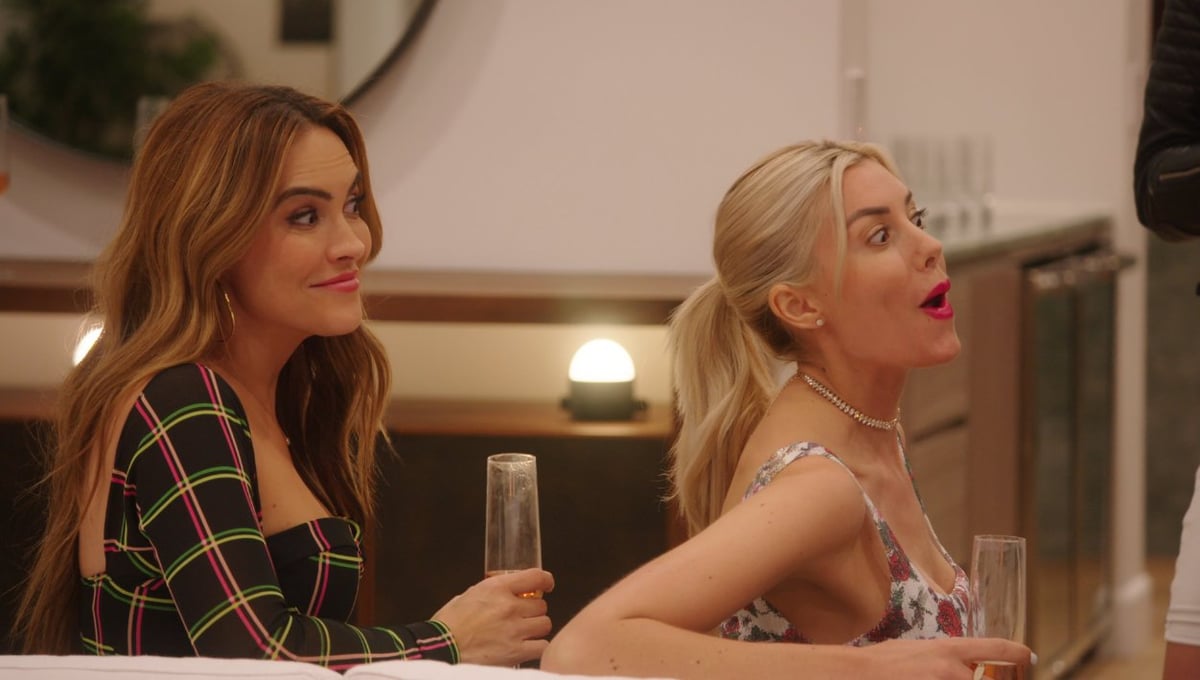 There's not much I need to say about Selling Sunset.

If you want to watch beautiful people feud about tiny misunderstandings and occasionally sell a 40 million dollar house, then this is the show for you.

In other words, it's gloriously trashy and exactly what we need to binge after a tough lil year of staring down the end of the world.

The first three seasons of Selling Sunset are already streaming on Netflix and the fourth season drops on November 24.

...While you're here, have a listen to this episode of The Spill's THE WATCH on the incredibly popular (and incredibly scary) series, Squid Game. Post continues after podcast. 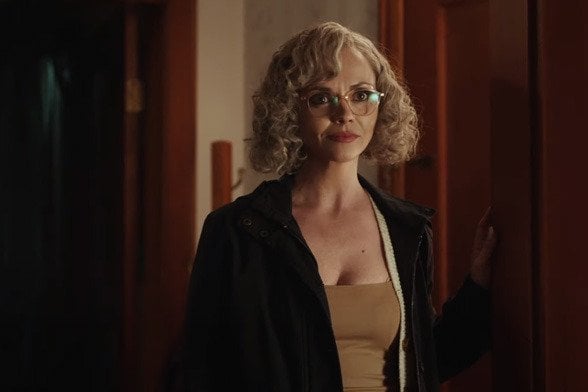 If you loved The Wilds, you're probably going to love Yellowjackets.

The series follows a group of female high school soccer players who survive a plane crash deep in the Ontario wilderness.

The series flashes back and forth between their time in the wilderness, and 25 years later, when the remaining survivors are trying to piece together their lives and forget about that time they, you know, tried to eat each other in the jungle.

Christina Ricci and Juliette Lewis play the grown up versions of two of the characters.

Yellowjackets premieres on Paramount+ on November 14. 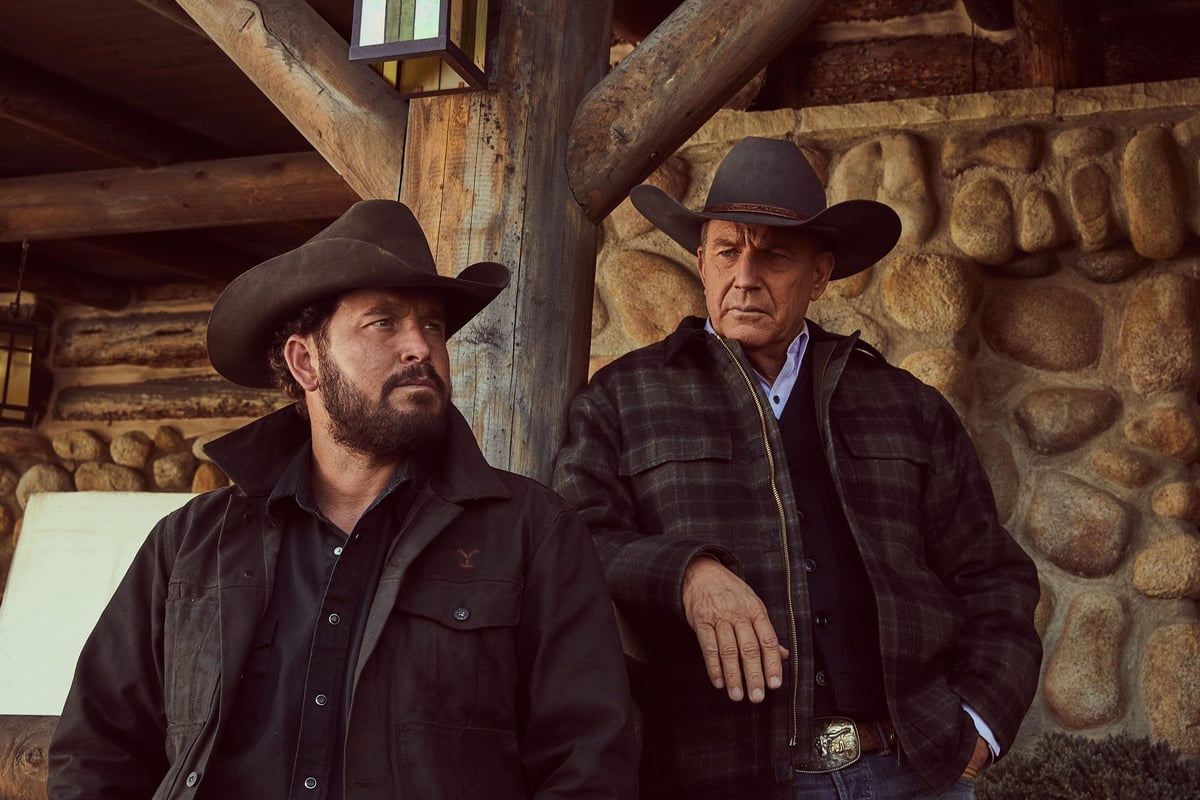 My mum's boyfriend, AKA Kevin Costner, and his mates are back in season four of the wildly popular Stan series, Yellowstone.

The series stars Costner as John Dutton, the head of the sixth generation of the Dutton family to run Yellowstone Dutton Ranch, the largest contiguous ranch in the United States.

The drama, which is one of the most-watched series on US cable last year is a tale of shifting family allegiances, crime, love and even... murder.

Season three left fans with an almighty cliffhanger and season four promises to answer the question about who made it out alive.

Season four will also see the addition of Piper Perabo (Covert Affairs, Coyote Ugly) as Summer Higgins, an outside protestor from Portland who is against the state-funded police force that protects industrialised farming and the killing of animals.

Season four of Yellowstone will premiere exclusively on Stan with a special two-hour event on Monday, November 8.

You can watch the trailer for season four, right here too:

Reply
Upvote
Thanks for these recommends. Currently on sick leave so very much looking for some great new shows.

Reply
Upvote
God, the first season of Tiger King feels like so long ago... I have to wonder if it would have taken off the way it did if we hadn't all just gone into our first lockdown, and been looking for something to distract us from all the Covid scariness. It's one of the few times I've been on board with whatever the cool show was, normally the big trends tend to pass me by, but it's quite funny to look back at how into it so many of us were!
Resources
Very Peri
News
General
Opinion
True Crime
Politics
Sport
Explainer
Entertainment
Celebrity
Reality TV
Movies
TV
Books
Rogue
Royal
Lifestyle
Beauty
Fashion
Weddings
Home
Wellness
Health
Fitness
Travel
Food
Family
Before The Bump
Pregnancy
Baby
Kids
Teens
School
Parent Opinion
Work & Money
Money
Finance
Career
Lady Startup