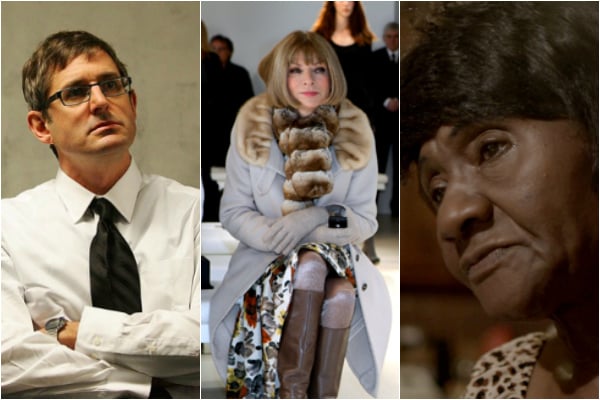 A good documentary is like a fabulous book that transports, but with moving pictures.

Their ability to bring the real stories of real people to life can be transformative for the viewer, which is why we’re always on the hunt for an informative and entertaining documentary.

Murder In The Bayou

Murder in the Bayou is a true-crime documentary based on Ethan Brown’s New York Times bestselling novel of the same name, which explores the uncanny story of the “Jeff Davis 8”.

The “Jeff Davis 8” is an infamous case that took place between 2005 and 2009 when the bodies of eight women were discovered in Jennings, a secluded Bayou town in Louisiana.

Murder in the Bayou takes a critical and insightful look into the missteps of the investigation and the attempt to cover up the eight murders by the Jennings Police Department.

Watch the official trailer for Stan’s Murder in the Bayou below. Post continues after video.

Louis Theroux's My Scientology Movie, which was released in 2016, attempts to delve deep into the personalities and allegations that have become synonymous with the Scientology church – a religion known for its high-profile celebrity members, including Tom Cruise.

This leads him to create a hilarious and confrontational plan to try and uncover the inner workings of the enigmatic religion.

In the United States, one mass shooting occurs every day on average.

Active Shooter: America Under Fire investigates eight mass shootings in eight episodes, including the Orlando Pulse nightclub massacre in 2016 and the Charleston Church shooting in 2015.

From how exactly it happened to the devastating impact it left on the community, this documentary takes an in-depth look at the tragic events and includes interviews with survivors, families of the deceased, first responders and more.

The September Issue follows the acclaimed Anna Wintour, who has been editor-in-chief of Vogue since 1988, as she puts together the September 2007 issue. Filmmakers capture her preparing for the upcoming issue with her colleagues as she presides over each and every single page in the magazine.

She's a woman who unapologetically knows what she wants, and her pure passion for the job is tangible in the documentary.

Wrong Man investigates three inmates who seem to have been erroneously placed in jail for decades.