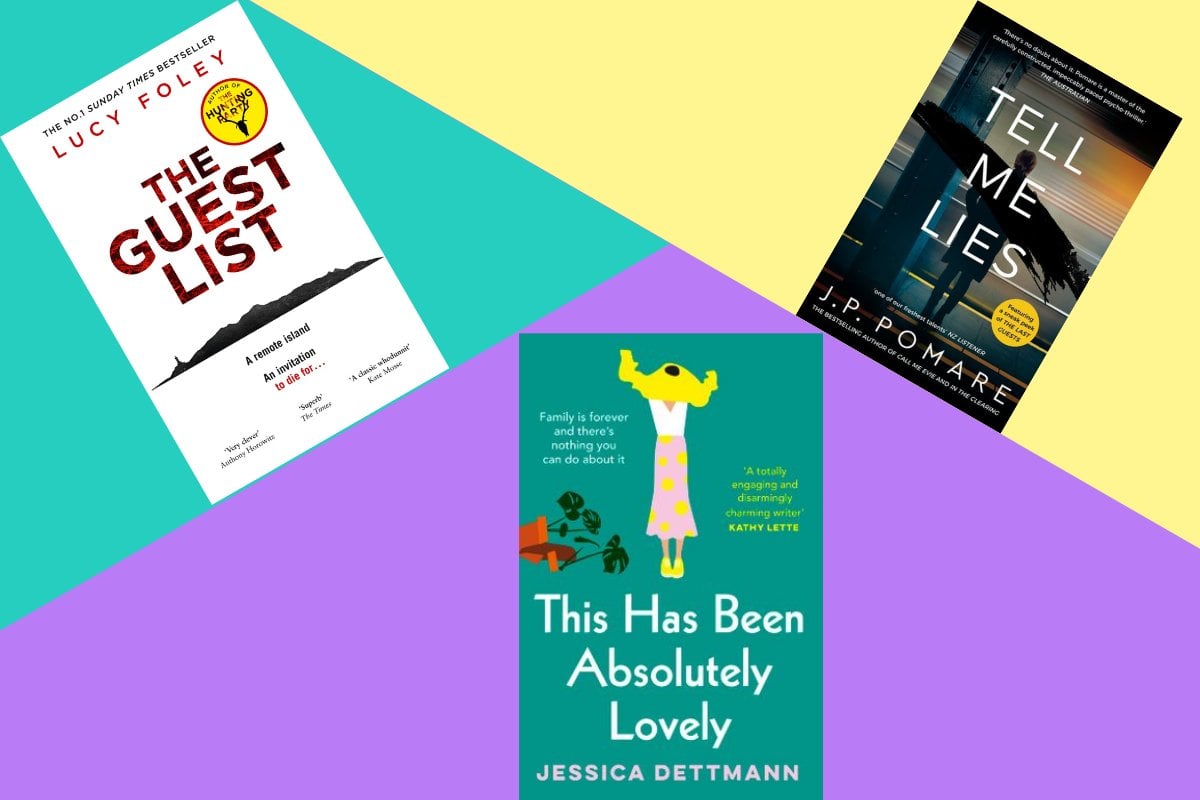 Hello and welcome to the support group for people who have too much to read and not enough time.

I'm Keryn Donnelly, the Pop Culture Editor here at Mamamia, and I'm guilty of buying all the books and getting overwhelmed by the sheer amount of options out there.

I'm also very guilty of seeing people post about their latest read on Instagram and getting a serious case of book FOMO.

I want to read all the books and I also want to place them all around my apartment so visitors know that I'm super well read and that I also appreciate a snazzy book cover. ¯\_(ツ)_/¯

After years not getting my book sh*t together, I thought wouldn't it be great if there was a place on the internet that just suggested three books you could read each month.

This month features two thrillers that will have you racing to the final page, and a family drama packed with laugh out loud biting humour.

You could choose your favourite and make it your mission to fit reading some of its glorious pages around your already busy schedule, all plough through all three and meet us back here at the start of the month. 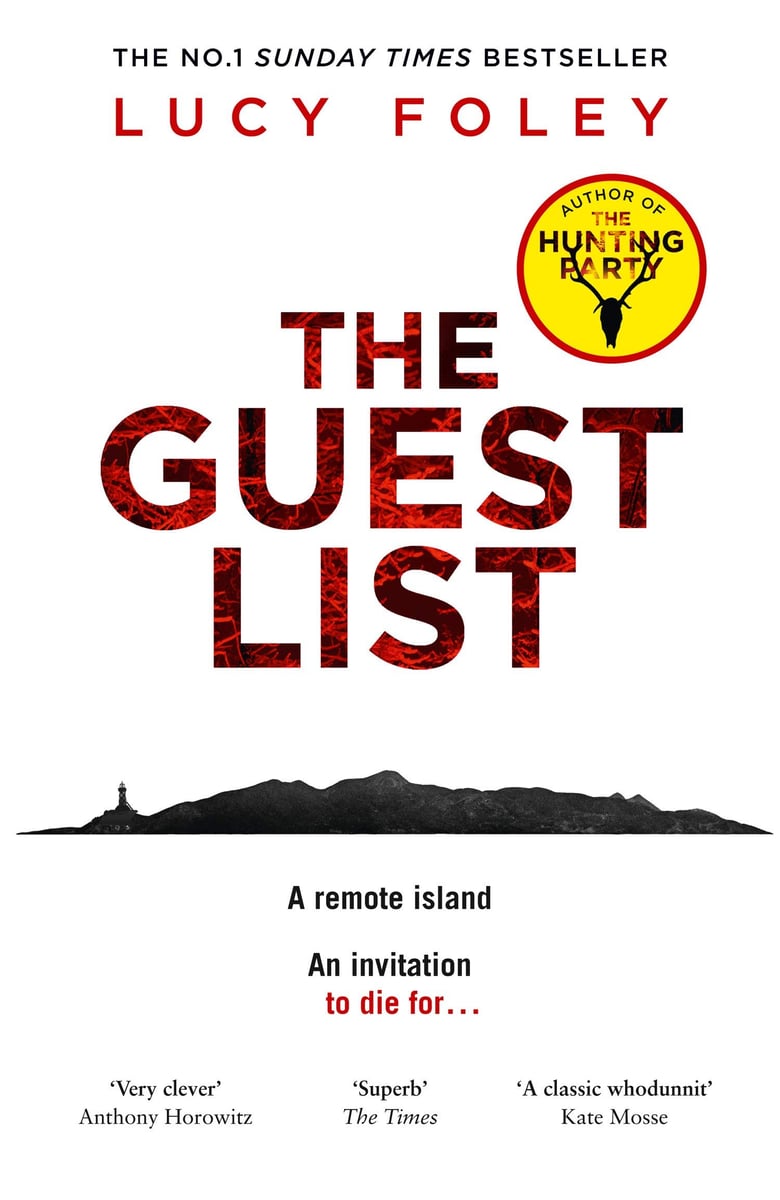 The Guest List by Lucy Foley is a Reese's Book Club pick so you already know it's going to be an enthralling page-turner with a woman at its centre.

The Guest List is set on a remote island off the windswept Irish coast, where guests gather together for the wedding of the year - the marriage of TV celebrity Will Slater and women's website mogul Jules Keegan.

It's set to be one of the most prestigious social events of the year - however, each of the guests is hiding a dark secret and every single of them has a motive for murder.

Tell Me Lies by J.P. Pomare 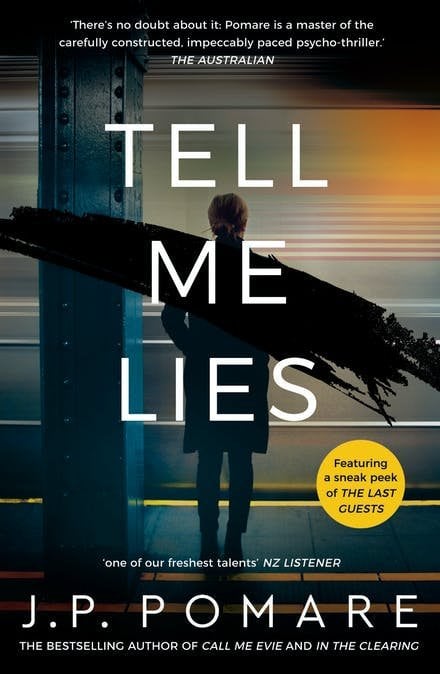 I sat down to read Tell Me Lies by J.P. Pomare one Saturday afternoon in December and hardly moved for the next six hours. Once I'd read the final page, I clicked onto my Instagram and told everyone they needed to read it. Immediately.

Tell Me Lies is a fast-paced psychological thriller set in an affluent suburb in Melbourne. Psychologist Margot Scott seems to have the picture-perfect life - a thriving private practice, a nice house in the suburbs, an adoring husband, and two healthy and happy children.

But Margot made a mistake early in her career that she's never been fully honest about. Then there is the suspicious behaviour of several of her patients.

Full of twists and turns, Tell Me Lies is the perfect page-turner for fans of Jane Harper, Pip Drysdale and Gillian Flynn.

This Has Been Absolutely Lovely by Jessica Dettmann 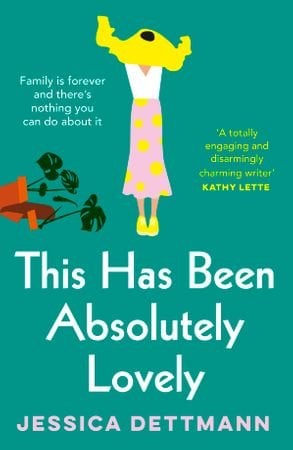 Jessica Dettmann has a knack for combining family drama, biting wit and unexpected twists and turns.

Her second novel This Has Been Absolutely Lovely (her first was How to be Second Best) follows the story of Molly, a millennial home organiser who is about to have her first baby.

Molly assumes her mother, Annie, will be around to help out with the baby, but Annie has other plans after putting her own dreams on hold for thirty-five years to raise her family.

When the entire family comes together over the summer, long-held secrets are finally revealed and they're forced to question what it really means to be a family.

Fans of Marian Keyes, Liane Moriarty and Sally Hepworth will feel right at home in the pages of This Has Been Absolutely Lovely.

LISTEN: Mamamia Out Loud's Best Books To Read This Summer.