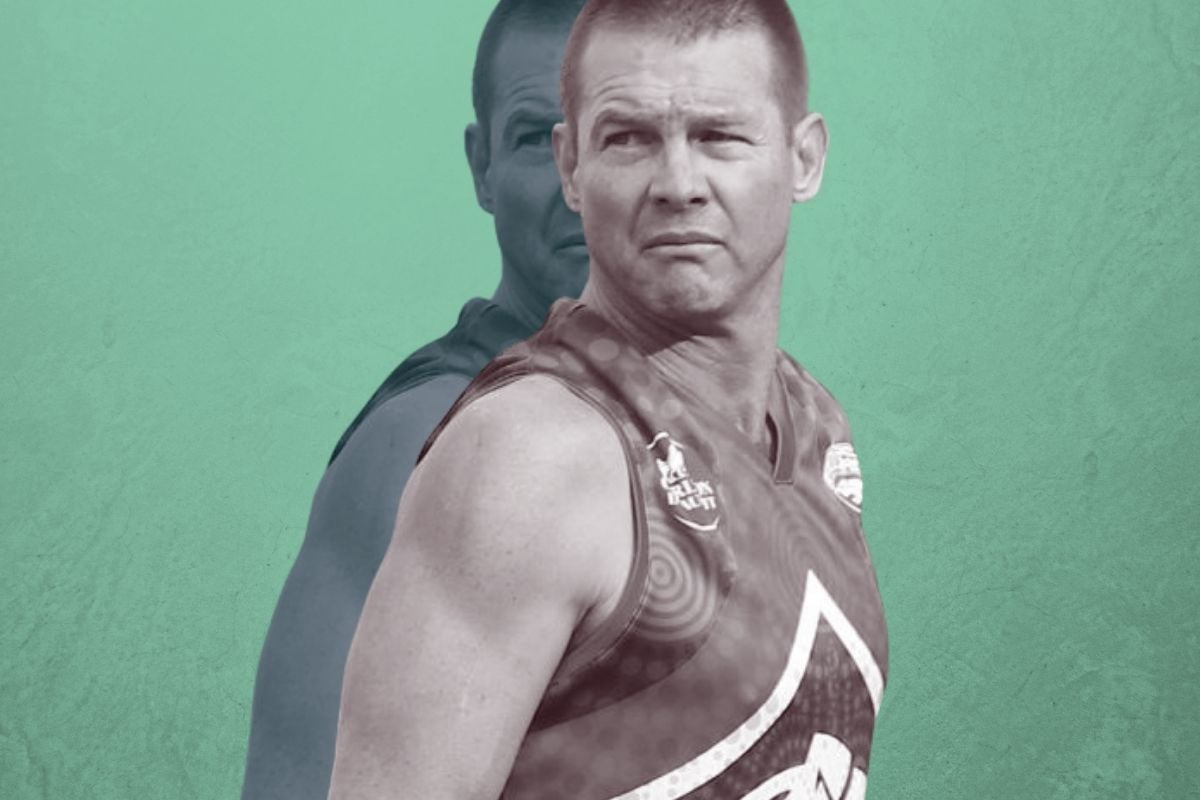 "Not bad for 42! Crowd roars as ripped Cousins kicks goal in end to 10-year football exile"

"They just love him": Ben Cousins wins fans over with return match heroics"

On the weekend, a rolled-gold legend ran out onto a footy oval for the first time in a decade.

He wasn't playing to the roar of tens of thousands in a packed arena under blinking billboards.

He was turning out for a community football club that struggles to crack a crowd of 200 supporters.

Until Ben Cousins decided to play for them, that is. This past weekend the man often called the "most talented player of his era" gave Perth's Queens Park team a bumper afternoon.

“We normally get 150 on a Sunday afternoon and there was probably over 1,000 there, so there was a lot of interest in the whole thing,” the club's president Ross White told SEN sports network. “Canteen sales were massive, to have that gigantic crowd, it was like chalk and cheese.” 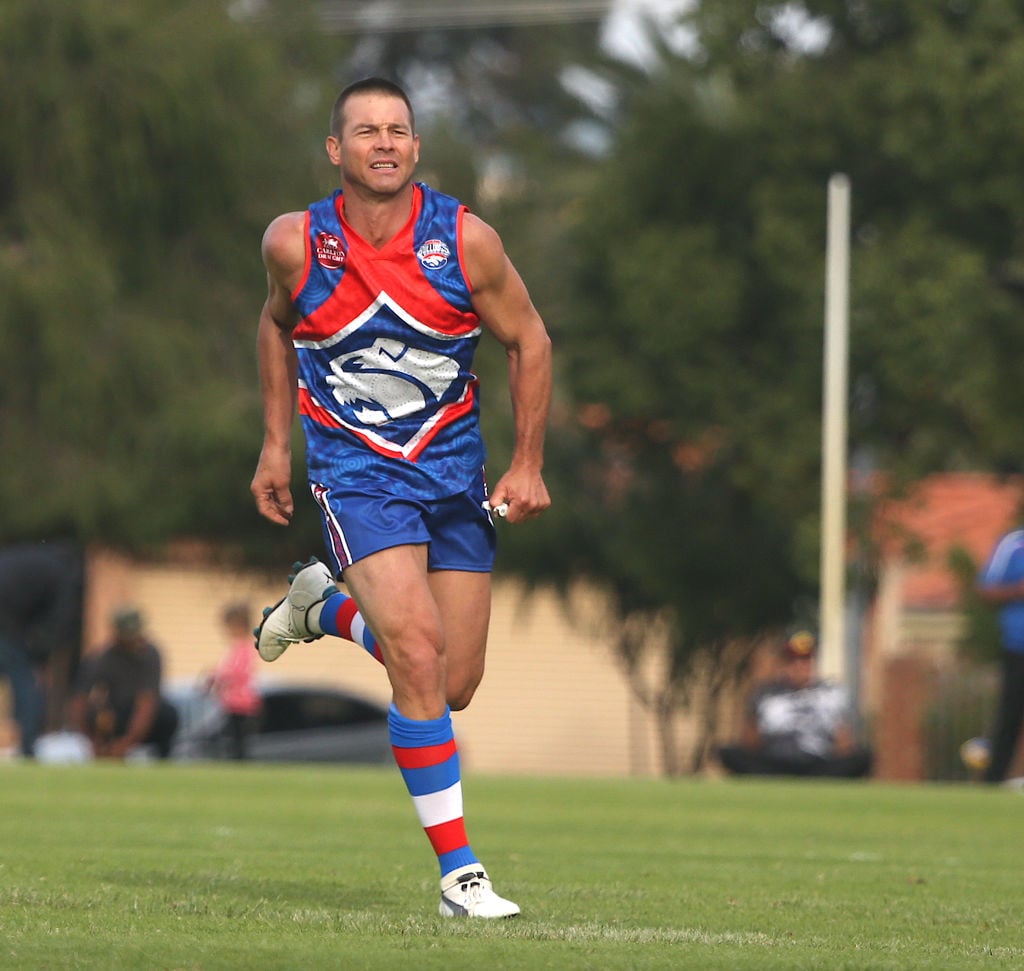 Ben Cousins playing his first game for the Queens Park Bulldogs in the Metro Football League at Queens Park Reserve. Image: Getty. The glowing headlines suggest that this is the beginning of a comeback. That there's plenty of goodwill for Cousins, who played for the West Coast Eagles until he was banned for bringing the game into disrepute in 2007. He moved to Melbourne to star for Richmond football club until his drug and alcohol issues made it impossible for him to play on.

Addiction is a harrowing disease, and one that Cousins has been wrestling for well over a decade.

His fame, born from extraordinary talent and charisma, has meant much of that fight with methamphetamine has been public. Court dates, sober-period interview tell-alls, arrests, street rampages, rehab stays, leaked videos.

For anyone afflicted by the disease, or for anyone who loves anyone who suffers from it, Cousins' story is devastatingly familiar.

He's okay. Then he's really not. This time, he's really beaten it. Then he really hasn't. Every rally has to be met with love, encouragement, support. Every relapse is more painful than the last. Seeing an addict locked in this battle is like watching someone getting eaten alive by their demons. Sometimes, with help, they twist themselves free and make a run for it. Sometimes, they get away. Sometimes, they don't.

So the sight of a healthy, glowing, scoring, smiling Ben Cousins, returning to doing what he always did best, is a good news story, yes? The story of a man successfully outrunning the disease that's been trying to kill him for much of his adult life.

Watch: Ben Cousins is interviewed on Channel 7 in 2020. Post continues after video.

Ben Cousins was released from prison six months ago. For the second time.

He wasn't in prison on drug charges. He was in prison for stalking the mother of his two children. He had breached a Family Violence Restraining Order more than 20 times.

He had threatened to kill her.

She had to move house in secret, afraid for the safety of herself and her children.

Does any reasonable person believe that fear was misplaced?

The last time Ben Cousins was in prison, in 2017, it was for the same thing. Breaching a Violence Order against the same woman.

The court heard that on one occasion, Cousins got into a car with his former partner while holding a screwdriver and said: “I can’t wait to use it.”

The court also heard that he told her: “I’m going to kill you. I’m going to take your life and your freedom and the things you love the most.”

And they heard he threatened to bury her in her car “where she would survive for a couple of days” then he would “bring the kids to play, so she would hear them but would not be able to get to them”.

It is possible to have empathy for someone going through the hell of addiction and to prioritise protection of the people most at risk from the symptoms of that disease: the ones who loved them, once. The ones who stand protectively between them and their children. The ones who can all too easily become the targets of psychosis, fury and despair. 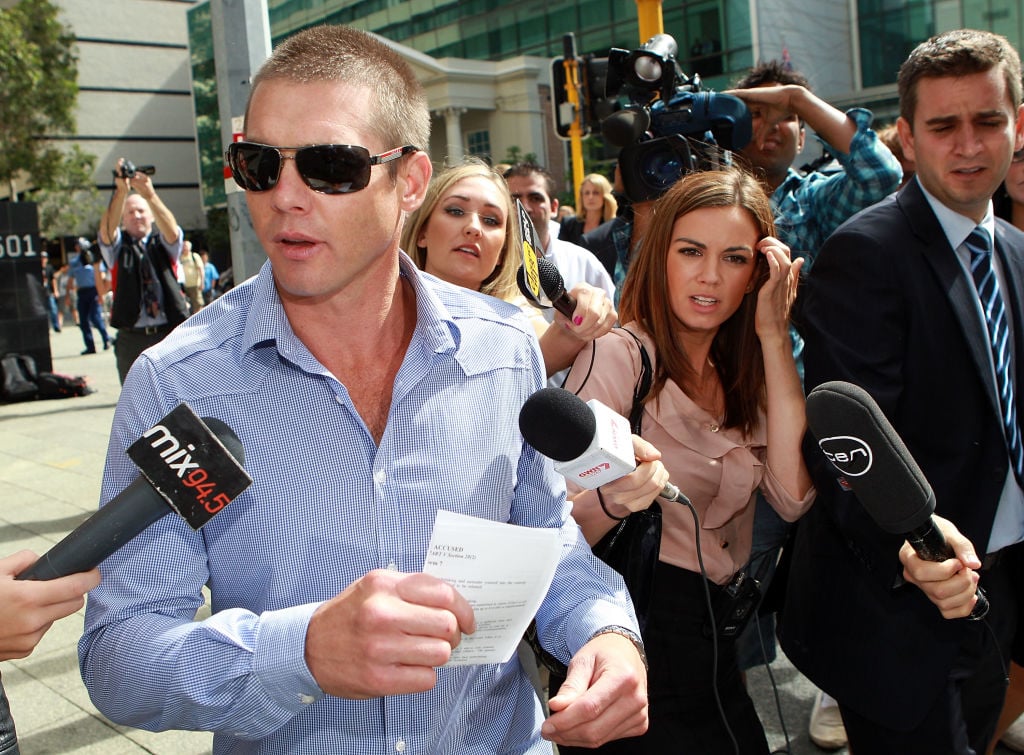 Violence Orders exist for a reason.

Hannah Clarke had one, when her former partner set fire to her and her three little children Aaliyah, Laianah and Trey in the broad daylight of a Brisbane street last February.

Kelly Wilkinson had one, against the man who's alleged to have done the same to her - murdering her in front of her young children in a Sunshine Coast back garden in April this year.

And the mother of little Kobi Shepherdson had one against the man who killed the nine-month-old when he jumped off the Whispering Wall dam, near Adelaide, also in April.

Violence Orders are serious things. Breaching them, repeatedly, is a serious crime.

It's a great thing, in many ways, that Ben Cousins is back on the football field. Queens Park could certainly do with his star power, even if, after a decade of well-publicised mayhem, the attraction of seeing Cousins in action has a thrillingly macabre edge.

Queens Park club president Ross White says theirs is a club of second chances, with a largely indigenous player base. "It's great for our players to see that no matter how many times you've mucked up, there is another chance," he said. "If you can get it together it makes a big difference in your life."

But what's also true is that in our rush to embrace rising phoenixes, particularly those with soaring sporting talent, we can all too easily lose sight of the women who have feared them. Who have lived in fear of them. Who carry the literal and figurative scars of loving and trusting an abuser.

Ben Cousins has done his time.

He's free. He's winning his mortal battle for now. He's fit, he's strong, he can still kick a ball like a bloody dream. He can still make a crowd go wild.

And just like that, a hero is made of a man who's been locked away - twice - for harassment, threats against a woman's life, stalking and forcing a family to live in desperate fear. A man who has legally been ruled a danger to his family, over and over and over, is now the celebrated subject of gushing headlines. Again.

"They just love him": Ben Cousins wins fans over with return match heroics.

Reply
Upvote
3 upvotes
As a Perthling, I have witnessed the rise and fall of Ben. People fall over themselves to get a piece of him. That in itself can be intoxicating. Long-term, it becomes toxic. Throw in drugs and it is a sleazy cesspit of ego and bullsh*t.
Drugs change a person's pathology, especially when used long-term, in the quantities he has/was/is using. He wasn't just addicted to the drugs, he was addicted to his own 'celebrity'. His criminal behaviours and the danger he brings to himself and to others is undeniable. For everyone's sake, his, his family's, for those who want him to come out the other side of this - take away the attention he gets. Yes, he played a game of football the other week. That's great. But what might have been a positive step toward his recovery, becomes a side-show of pomp and circumstance. Cue the sleazy cesspit, he is heading back in.
F
frannien 8 months ago