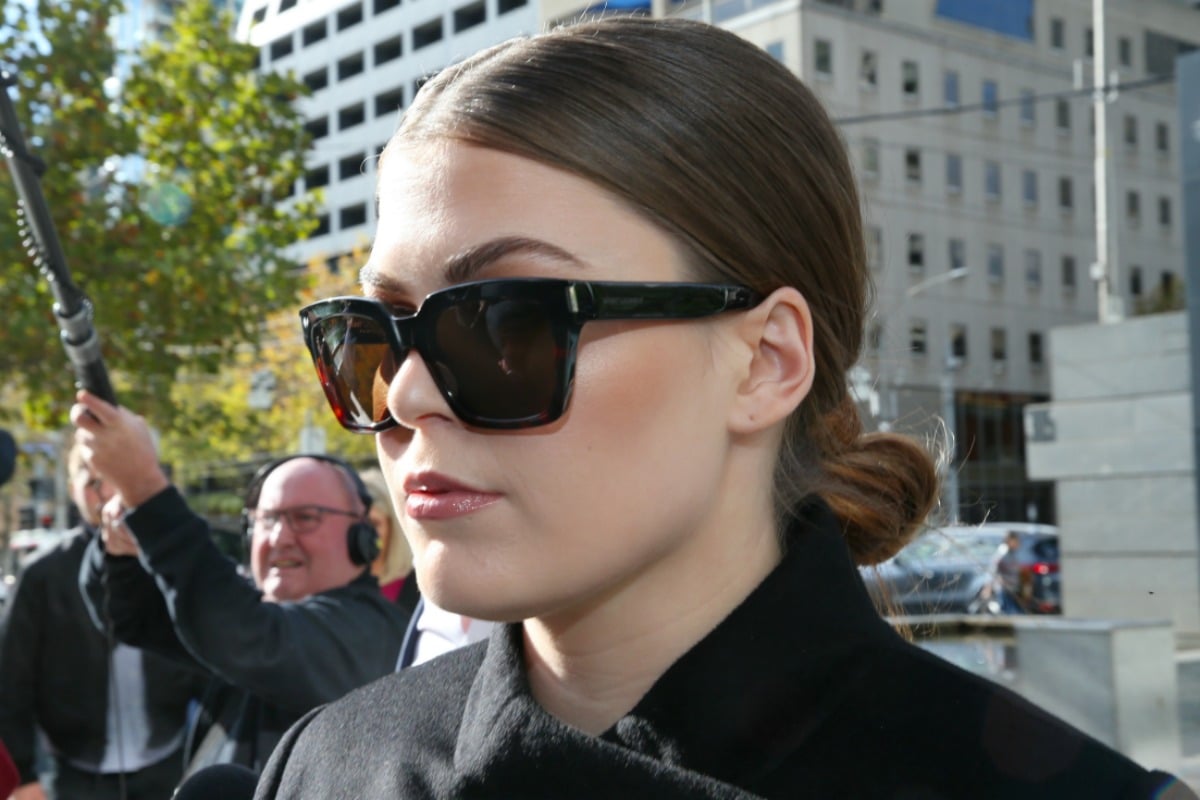 Since being found out as a fraud, Belle Gibson has not apologised.

In fact, she’s shown no guilt or remorse. She has not explained her actions or given any indication that she regrets the impact her lies had on other people, particularly cancer sufferers.

Gibson grew a large online following after she claimed she had brain cancer that was cured through the alternative therapies plugged in her wellness app, The Whole Pantry.

Eventually her lies unravelled and it was discovered none of it was true. She was fined $410,000 by the Federal Court after duping her Australian consumers – many of whom did actually have cancer – out of half a million dollars. She had promised to donate the proceeds to multiple charities.

Since being issued the fine in 2017, the 27-year-old has not paid a single cent, even after facing several warnings for not paying the fine for breaches of consumer laws. She claims she simply cannot afford to.

Clinical Professor of Psychiatry Dr Marc Feldman is an expert in Munchausen syndrome and in 2000 he coined the term ‘Munchausen by internet’ – a condition where someone pretends to be sick in order to get sympathy from an online community.

The internet has a “cancer faking problem”, he told Mamamia‘s daily news podcast The Quicky.

“I think people now realise how easy it is to perpetrate a hoax online. People know that all they have to do to become an expert in whatever ailment they decide to fake, is to go to Wikipedia or some other website and read about it.”

While Gibson made a lot of money out of her lies, Feldman believes the end game for most Munchausen by internet posers is attention, love and support.

The negative impact their deceit has on others is not even on their radar.

“Many people with Munchausen by internet do in fact lack empathy,” he explained.

He believes Gibson has a personality disorder.

“Some [Munchausen by internet posers] have what we call anti-social personality disorder, and I suspect that this applies to Belle though I’ve never interviewed her.

“This means they lack empathy, they lack a guilty conscience when they’ve done something wrong and exploitative, and they may have long histories of behaviours that border on criminality.

“But the highlight of anti-social personality disorder is that lack of caring for other people and that does seem to be a major factor in Belle’s case.”

While she’s no doubt the most high-profile case in Australia, Belle Gibson is far from the only person caught out faking an illness on the internet.

In 2018, North Queensland woman Lucy Wieland was charged with faking a cancer diagnosis to receive thousands of dollars in donations.

Speaking outside court in October last year, the ABC reported Detective Inspector Chris Lawson said Wieland had been arrested after a month-long investigation was sparked by tip offs.

"Some people in the community identified some problems with the story and we conducted investigations to establish the veracity of the claims made by this woman," he said.

"It's disheartening, I mean the real victims here are the people from the community that have heard the stories, have tried to assist as best they can and in some cases what little they have and given the money across in the honest belief they are trying to help people."

Wieland is due to reappear in court in October.

In September 2018, Michigan woman Candace Ann Streng pleaded guilty to larceny by false pretences after it was discovered she faked breast cancer.

Streng claimed she had been fighting stage four breast cancer for more than three years. She had raised more than US$30,000 (AU$43,000) through a GoFundMe campaign.

Before her sentencing, Streng apologised for faking her cancer diagnosis, which she said she knew was wrong.

"The irony of all this is that I would've made some fantastic lifetime friends if I had just been myself," she said.

"I will forever live in the shame and guilt of my crime and I'm sincerely sorry to all of my victims."

As part of her guilty plea, Streng was ordered to play restitution of more than US$51,000. She was sentenced to 28.5 months to 15 years in prison.

English woman Jasmine Mistry was jailed for four years in December, after pleading guilty to one count of fraud by false representation in October 2018.

In 2013, Mistry told her husband she had cancer. She used a different sim card to send herself fake WhatsApp messages she claimed were from her doctor in order to support her lie.

In December 2014, she told him she had been diagnosed with brain cancer and had been given six months to live. She, and her 'doctor' via WhatsApp, told him she could receive treatment in the US, but it would cost half a million pounds.

He then raised money by contacting friends and family for donations.

The Telegraph reported suspicions were raised about Mistry's story when her husband's friend found her brain scan on Google and said, according to the Met Police, "The tumour was so severe that it would be fatal for the person with it".

Her husband discovered her fake sim cards and when confronted, Mistry admitted she had made it all up.

Why should she apologise ? .. She got away with it .. Plenty of people have been gaoled for less outright fraud than hers and yet she's never faced any criminal charges and rubs it in by living the life of Riley with a smirk on her face

You know, I don’t think I can remember ever reading about a man doing this. Or a man making their kid sick Munchausen by proxy-style, either. A quick Google lead me to an article in the British Medical Journal about male Munchausen by proxy, it seems it does happen, but is much more likely to be committed by the mother. I wonder what it is that makes this sort of thing so much more likely to be done by a woman?

That is interesting Rush - maybe it's because men prefer to gain attention through success, accomplishments, perceived strength and power. Munchausen's is all about craving sympathy and attention for perceived suffering, or gaining admiration for emotional strength shown during tough times. Maybe a lot of men misconstrue sympathy for pity and would find that kind of attention a blow to their ego. I'm no psychologist though - this was just the first thing that popped into my head....

I think this is because women are more emotionally unstable than men - well usually.