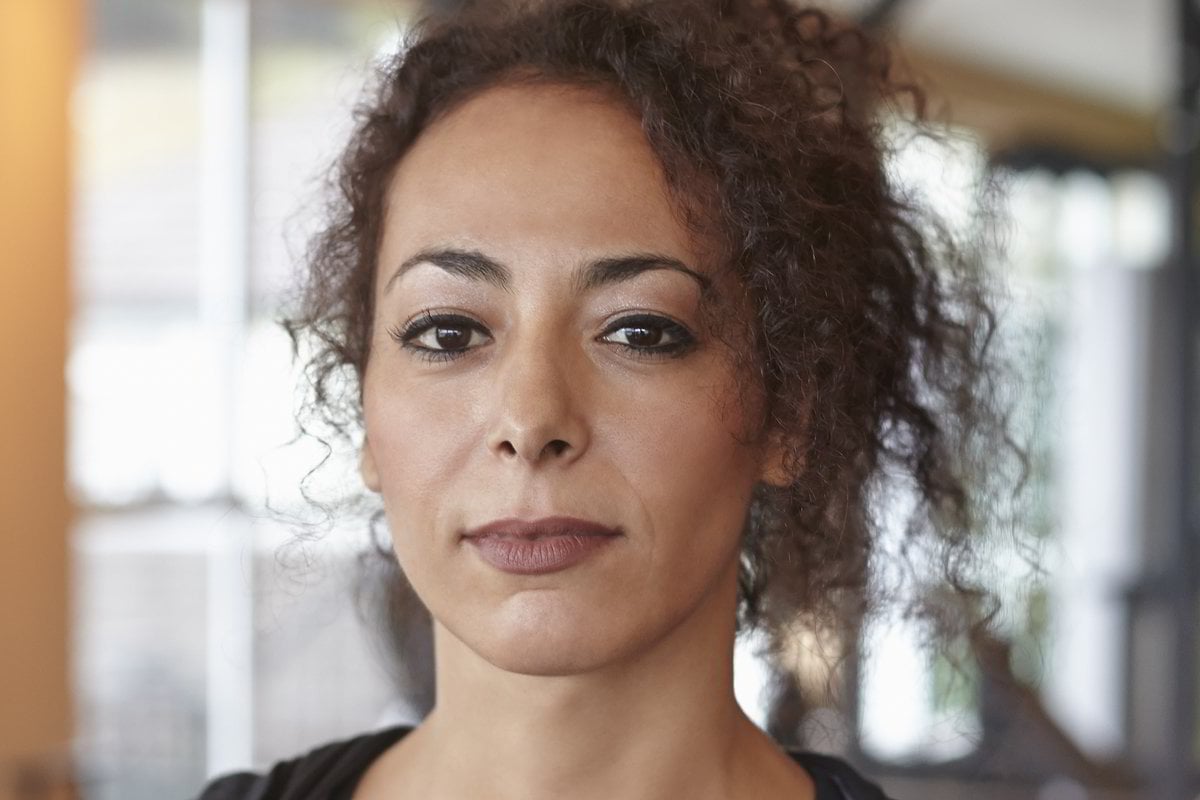 I stood at the water's edge and took a deep breath. The salty air filled my lungs in a way that felt transformative.

As if the water itself could clean and sanitise my soul.

The repetitive motion of the waves was soothing. It felt steady and reliant. With the chaos that had suddenly entered my world, I found comfort in knowing that I could still rely on nature. To know, no matter the darkness crawling beneath my skin, the sun would still rise in the morning.

Watching the sea rock back and forth, I felt cradled by the motion, I took another deep breath and steadied myself in it.

The sky was still above me and the ground below. I stood somewhere in between.

The wind whipped my hair onto my face forcing my eyes to close. I shuddered involuntarily as a memory flashed to the forefront of my mind.

He was pacing. Back and forth. A cigarette in between his fingers as he smoothed his hair back. His eyes on me.

“She is crazy. I can’t believe she would just show up like that. I’m so sorry.”

I sat on the couch, still in shock. I looked at my fingernails and tried to focus on keeping my hands from shaking. Attempting to compile and organise my thoughts seemed futile, all of my rehearsed speech was completely forgotten.

“I don’t understand. I thought you had broken up.” I winced at the sound of my voice. Small, weak. Meeting here in person was a mistake. I should have stuck to text. I could control it all with written words. One worded answers and long awaited replies.

I could make him sweat. That’s what I wanted.

I wanted to appear powerful and enraged. I wanted him to cower at my feet.

“We have!” he cried, his voice slightly higher now. “Of course we have. Like I said, she is crazy. She just can’t move on.”

He stopped pacing and studied me carefully. “You believe me right?”

He threw his cigarette aside and crouched down reaching for my hands, clasped tightly in my lap. His eyes pleaded with me. His fingers digging in a little too tightly. Then he looked down at the floor, forehead creased, his eyebrows knitted in shame.

He looked so sorry. So desperate.

I was angry that his guard seemed to drop. His expression looked guilty. Like maybe there was a truth to what she had said.

I felt as if I was on a carnival ride and it had dropped without warning. I couldn’t move because my limbs were still frozen waiting for my insides to catch up.

He had always said that they were over and that she was struggling to move on.

That she was on the outside looking in. What we had was real life, she was in another life. A past life.

“You know me.” He regained his composure, his voice now smooth as his hand cupped my face, stroking my cheek. Lifting my head, his lips moved towards mine. I jerked backwards, knowing that if he kissed me, I wouldn’t be able to stop myself from sinking into him once more.

We always solved everything with sex.

The fantastical facade he had created was beginning to peel and rot away.

Maybe it was the two of them. Maybe I was on the outside.

NO. Impossible... I felt my mind grasping at the lie I so desperately needed to cling to.

Through the barrier of denials, one deafening and shattering question entered my mind that I could no longer run from...

Was I the other woman?

Listen to Mamamia’s podcast, Overshare. In this episode, Kelly, Lem and Flex discuss whether it’s ever okay to cheat. Post continues below.

I remember the night I met him. I spotted him from across the room and was suddenly completely aware of myself. In that way that girls are when they know they are being watched. I found myself positioning my body into flattering poses. Tucking my hair behind my ear and glancing over at him beneath my lashes, trying to appear coy and nonchalant.

I chose my moment and walked over to the bar knowing he would follow me.

He ordered a red wine. I did too. I hated wine but I felt the sudden urge to have something in common. To seem less of a stranger and more of a possibility.

His blue eyes met mine and I instantly thought of the ocean. I dived in headfirst. He was sensitive and smart. He was older than me. But he seemed to fit the script so perfectly.

Whatever I needed him to say, he said.

He loved art and played guitar.

Wow, I loved art and I had always wanted to play the guitar too.

I began to mould myself into the perfect girl for him.

I told him I loved him. He said it back.

He was the first man to tell me he loved me.

I ignored that he only seemed to say it when we were having sex, right before he came.

He told me from the beginning that he had just left a long relationship and wasn’t looking for anything serious.

“Of course,” I agreed, already knowing he was wrong. In my mind it was already decided that he wouldn’t be able to live without me.

I was a shoulder for him to cry on when he talked about the pain of his breakup.

How mature I was to not be threatened. How evolved we were.

I imagined the conversations he would tell his friends about the girl who helped him heal. The girl who was so cool that she never nagged him, never complained, never refused sex. I was so cool he could talk about his ex with me. That I could calm his doubts. That I was nothing like her. I would be everything she was not.

I was in so deep and so blindly it was easy to ignore the signs.

How he wouldn’t hold my hand when we were out. I never wanted to anyway, right?

How annoying it was that she still hadn’t collected all of her things from his place.

How inconvenient that he couldn’t see me because she would call or text with an emergency. But how lucky I was to be a guy that wouldn’t turn a blind eye to someone in need of help.

One night we were sitting outside at his place. We were drinking red wine and listening to music.

I heard a door slam and someone walk through the house.

I felt his body stiffen and his arm suddenly lift from my shoulders.

A figure appeared in the doorway.

I felt a coldness instantly spread from my stomach to my toes.

“What are you doing in my house? Who are you?"

Her words were cutting and slashing.

I looked desperately at him. My teeth began to chatter uncontrollably. I waited for him to defend me. His silence was deafening.

“Answer me,” she demanded.

I refused to look at her.

“Jesus calm down,” he said, finally breaking from his frozen stance. He stood up and walked towards her.

“You need to get the f**k out!” she screamed at me, over his shoulder.

I grabbed my bag and bolted for the door.

I shut the door and began to laugh maniacally. Surely things like that didn’t happen in real life. Only on badly scripted reality TV. My uncontrollable laughter quickly turned to wracking sobs as I desperately try to fight the sinking guilt I began to feel.

My brain tried desperately to patch the explosions.

“She can’t deal with the fact that he has moved on...”

I waited outside the door for a full minute to see if he would come after me.

Then I left. I headed to the beach. Like I always did.

To seek solace in the water and feel something other than my heart breaking.

I wish I could say that was the last time I saw him. But it wasn’t. I was in love. I was in completely unchartered waters. And for me it wasn’t black and white. It was many shades of grey.

I suppose this is a familiar story.

The other woman is always portrayed as some villainous character. A home wrecker with no morals and no heart. For me it was a case of too much heart. There is always more to the story than what appears on the surface.

The other woman is not the enemy. She is simply another woman.

With another story to tell.

Reply
Upvote
My first husband left me with our 2 year old daughter, and our son about to be born. He left me for an older woman from his work, who had more money than him, no kids, and a car. Although she was taller than me ( he had repeatedly told me that I was not his ideal woman, and one of the reasons was that I was not tall enough ), she was not as pretty as me, nor as intelligent as me. She knew that he had a wife and kids, yet she still went with him. A year or two later, I got to talking to her. Apparently he had told her that I kept on wanting to have babies all the time ( not true, as we had planned our second child ), and that supposedly I was a lesbian, and that was why he supposedly left me. All of this was absolutely not true. Even though I told her he was lying, she still chose to be with him for another few years. However, she cheated on him a lot, and when she left, she told him that she didn't want to end up like me, a pregnant single mother on welfare. It was around that time that I got back into the work force. Some partners or spouses can be absolute lying, cheating demons.
News
General
Opinion
True Crime
Politics
Sport
Explainer
Entertainment
Celebrity
Reality TV
Movies
TV
Books
Rogue
Royal
Lifestyle
Beauty
Fashion
Weddings
Home
Wellness
Health
Fitness
Travel
Food
Parents
Before The Bump
Pregnancy
Baby
Kids
Teens
School
Parent Opinion
Work & Money
Money
Finance
Career
Lady Startup
Relationships
Sex
Dating
Separation
Friendship
Family
Real Life
Couples