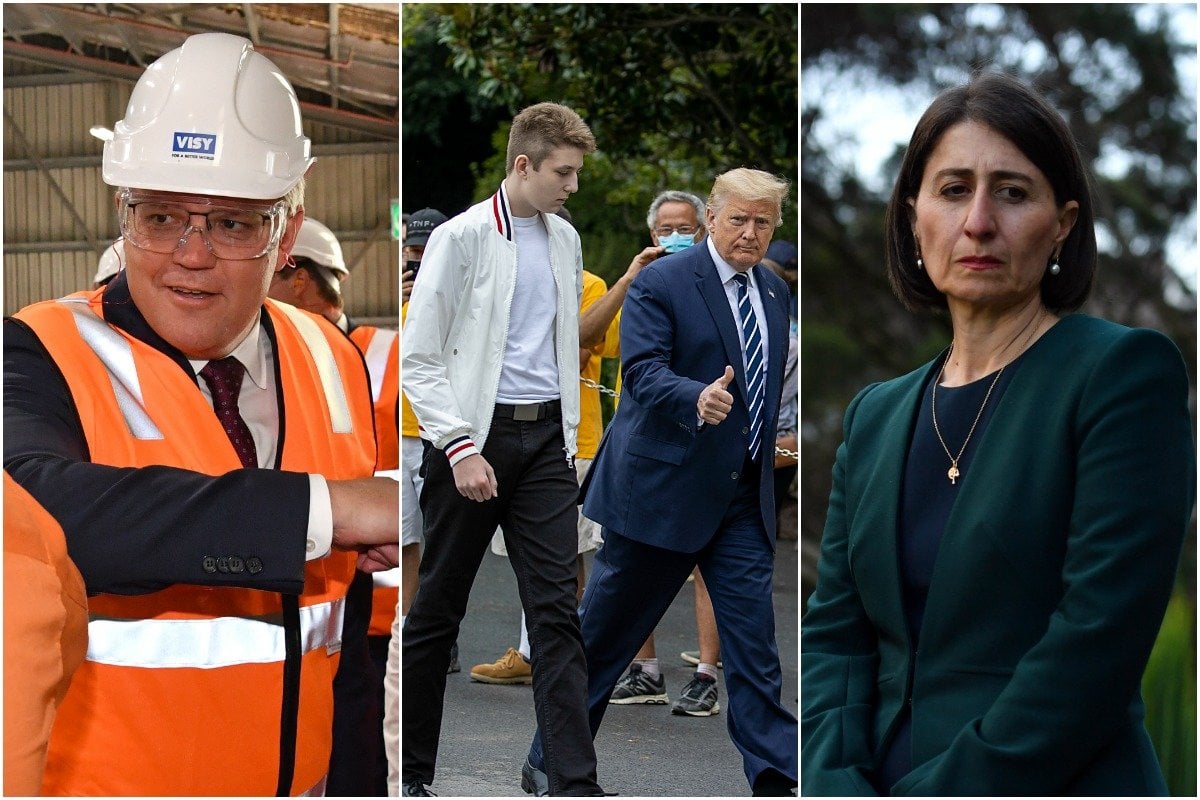 The 14-year-old son of Melania and Donald Trump tested positive for coronavirus, but had no symptoms.

The White House initially said he had tested negative, after both his parents were confirmed as COVID-19 positive, but on Wednesday the First Lady said subsequent testing showed Barron had the virus.

"It was two weeks ago when I received the diagnosis that so many Americans across our country and the world had already received—I tested positive for COVID-19. To make matters worse, my husband, and our nation’s Commander-in-Chief, received the same news," she said.

To all who have reached out - thank you. Here is my personal experience with COVID-19 :https://t.co/XUysq0KVaY

"Naturally my mind went immediately to our son. To our great relief he tested negative, but again, as so many parents have thought over the past several months, I couldn’t help but think 'what about tomorrow or the next day?'. My fear came true when he was tested again and it came up positive. Luckily he is a strong teenager and exhibited no symptoms." 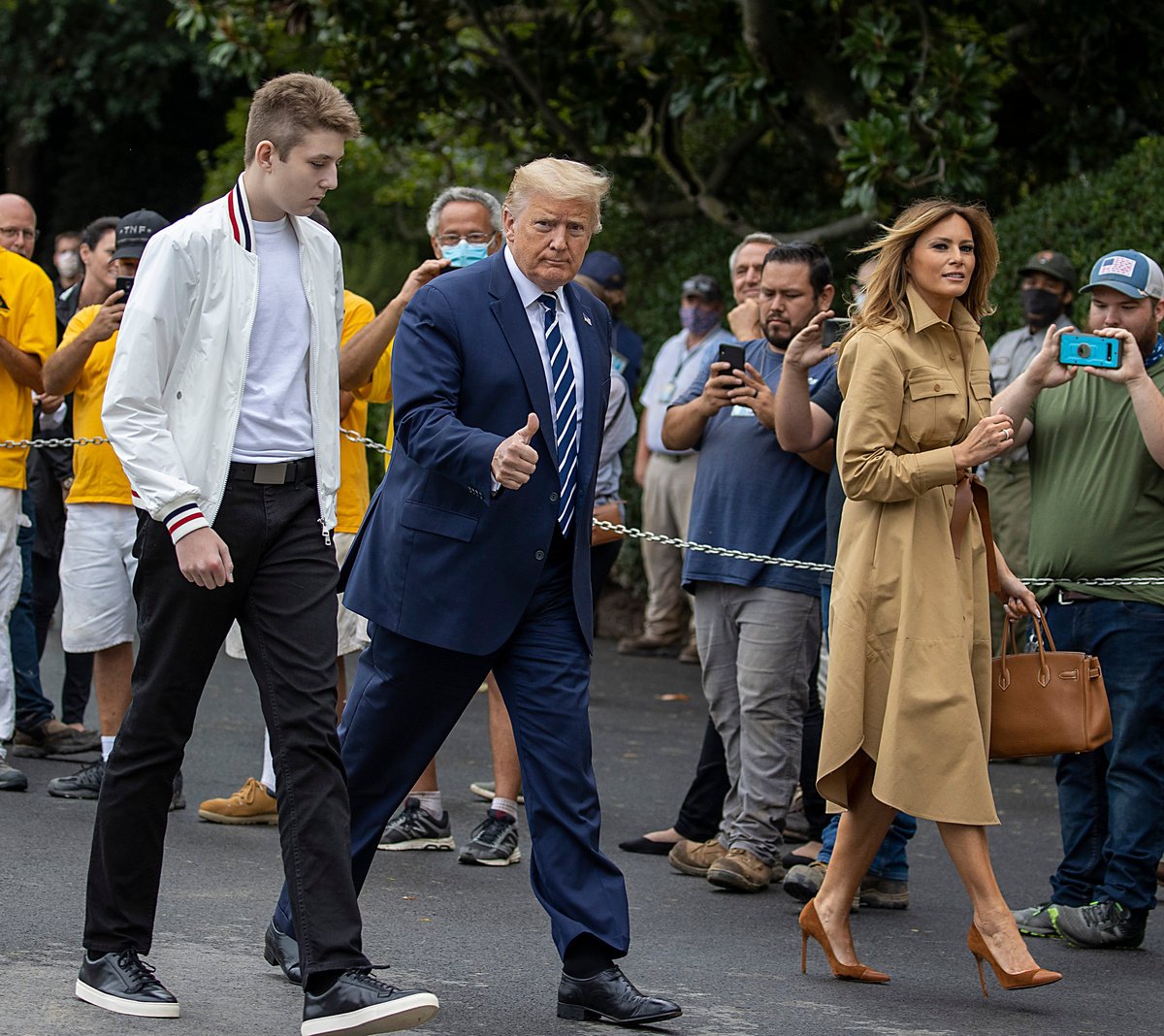 Berejiklian survives as NSW premier by one vote.

NSW Premier Gladys Berejiklian has managed to survive two no-confidence motions in both houses of parliament but the fight for her political career isn't over.

Upper house crossbenchers on Wednesday withdrew support for government legislation unless she steps aside.

The intense pressure on her leadership ramped up on Wednesday as her former boyfriend Daryl Maguire headed back to the Independent Commission Against Corruption and admitted a string of corruption allegations.

Premier Gladys Berejiklian has survived a motion of no confidence in the New South Wales upper house by a single vote.

It comes after her appearance before an ICAC inquiry into former Liberal MP Daryl Maguire.

Catch all the updates on the inquiry tomorrow on TODAY. #9Today pic.twitter.com/74l94A2Y5l

The opposition no-confidence motion in the lower house failed along party lines but in the upper house the chair was forced to cast the deciding negative vote after a tie as crossbenchers made good on a threat to withdraw their vital support for the government.

Earlier in the day a visibly agitated premier mounted an impassioned defence of her integrity when she was confronted with questions from reporters about what she knew about the questionable business dealings of Mr Maguire during their five-year secret relationship.

"With all due respect, I've answered every question I've been asked the last few days. I've been very open about issues that are very uncomfortable to me," Ms Berejiklian said.

"Never, ever have I tolerated anybody else doing anything wrong. And if I ever saw it or witnessed it or knew about it, of course I would have taken action."

The former lover of NSW Premier Gladys Berejiklian has confessed to using his public office for personal profit including helping with a "cash-for-visa scheme" and secretly directing a networking firm.

Daryl Maguire faced the Independent Commission Against Corruption on Wednesday, two days after Ms Berejiklian stunned her colleagues by revealing her five-year romance with the disgraced former Liberal MP.

The 61-year-old, who was first elected to parliament in 1999, has admitted under oath to using his position as an MP, parliamentary secretary and NSW Asia-Pacific parliamentary friendship group chair "with a view to making money" for himself and his associates between 2012 and 2018.

Daryl Maguire admits he sought to use his status as a politician for his own financial gain https://t.co/Sf5nrAje3R

Those six years mark the time from networking firm G8way International's creation until Mr Maguire's humiliating departure from politics after appearing before ICAC over property commissions.

On a website which Mr Maguire said was "not well developed", the firm boasted that its "influence and experience reaches to high levels of government".

It charged a commission of up to 10 per cent on sales stemming from its introductions.

Mr Maguire admitted using electoral and parliamentary staff, including those in the NSW Parliament library, and taxpayer-funded facilities including his office and printers to help make money for G8way and himself.

He is yet to give evidence about his relationship with Ms Berejiklian, which she told the inquiry began in 2015.

The inquiry resumes on Thursday.

NSW residents are bracing for new coronavirus case numbers as Victorians eagerly anticipate which restrictions will be eased.

There were 11 new community transmission cases of coronavirus in NSW on Wednesday, prompting the state government to hold back on further lifting restrictions.

The state had more new cases than Victoria, where seven coronavirus infections were recorded.

NSW Health is alerting the public that confirmed cases of #COVID19, which will be included in tomorrow’s numbers, have attended venues in Western Sydney: https://t.co/kHwSLzXvsP

NSW Premier Gladys Berejiklian says authorities are the most concerned they've been for some time.

"Our state is on the verge of being where it was when we had the first seeding incident from Victoria," she told reporters in Sydney.

The state has eased restrictions to allow more people to dine outdoors, but plans to ease more hospitality rules are being held off.

Senior Morrison government ministers are ramping up pressure on Victorian Premier Daniel Andrews to ease restrictions when he makes a much anticipated announcement this Sunday.

Federal Health Minister Greg Hunt wants Victoria to adopt the Commonwealth's definition of a hotspot, which means Melbourne would no longer be considered one.

My message to the Premier of Victoria today and every day, is please understand the significant impact the harsh lockdown is having on the mental health of Victorians.

The Morrison Government will continue to do everything we can to support Victorians. pic.twitter.com/qBGkKdWhgN

Morrison: Tax cut for parents is a childcare plan.

Last week's federal budget has been criticised for not providing enough support for women, and for childcare.

But when asked by reporters in Rockhampton on Wednesday what his plans were to help parents pay for rising childcare costs, Prime Minister Scott Morrison pointed to fast-tracked tax cuts. 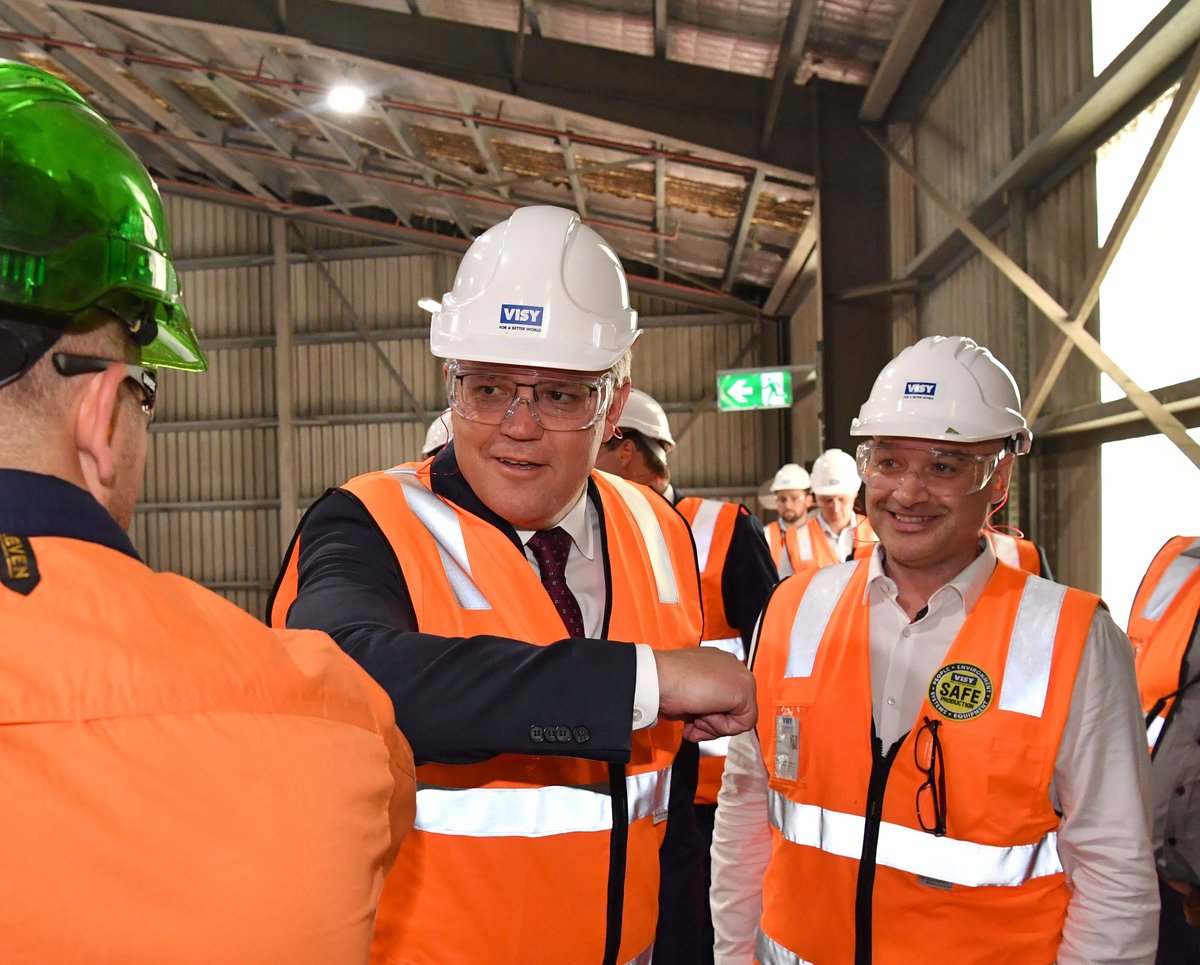 "Parents pay tax," he said. "And all parents got tax cuts. It's not just workers that get a tax cut, it's workers' families who get tax cuts."

Mr Morrison says the government is already putting more than $9 billion towards the sector.

"Childcare is an important need that Australian families have, we know that."

Accommodation vouchers to boost tourism across South Australia during the COVID-19 pandemic are now available, with Premier Steven Marshall urging people to use the funds to take a break.

The Great State vouchers offer $100 off accommodation in Adelaide and $50 off in regional centres, provided travellers are staying at participating venues.

Get yourself a $100 and $50 #GreatStateVoucher online and treat yourself to a city, suburban or regional stay that will support local #SAjobs at the same time.

Mr Marshall said the scheme would help get South Australians employed in the tourism and hospitality sectors back to work.

The vouchers can help pay for accommodation from now until December 11 but it must be booked by October 31.

SA reported three new COVID-19 cases on Wednesday, all turned travellers who are in hotel quarantine.

Trump, Biden to take questions on TV shows instead of a second debate.

US President Donald Trump will hold a town hall meet that is to be broadcast on TV while at the same time Democratic nominee Joe Biden will hold a similar event on a competing TV channel instead of the two contenders debating each other.

NBC News confirmed on Wednesday it is moving ahead with the event with Trump, the Republican nominee.

The two had originally been set to hold a debate on Thursday, the second of three in the lead-up to the presidential election on November 3.

Here's what you should know about the backlash NBC is currently facing on social media https://t.co/LvWK9hcJWh

The decision to host duelling events at the same time is being criticised as a huge loss for democracy, given the debate is supposed to give the voting public the chance to compare and assess their voting preference.

Trump pulled out of the debate after the commission that organises them decided to move to an online format, citing health and safety concerns amid the ongoing coronavirus pandemic.

He contracted the coronavirus and was hospitalised, though he appears to have made a full recovery and returned to the campaign trail this week.

Panicked Europe battens down against virus.

European countries have begun to close schools and cancel surgeries, going well beyond curbs on social life, as overwhelmed authorities face their nightmare scenario of a COVID-19 resurgence right before the onset of winter.

Most European nations eased lockdowns over the northern summer to start reviving economies already heading for unprecedented downturns and job losses from the pandemic's first wave.

But the return of normal activity - from packed restaurants to new university terms - fuelled a sharply-rising spike in cases all over the continent.

Coronavirus cases and hospital admissions are rising across Europe

What measures are countries taking to stop the spread of the virus, as the UK prepares for new lockdowns? https://t.co/6NY3GmNy6E

Bars and pubs were among the first to shut or face earlier closing in the new lockdowns, but now the surging infection rates are also testing governments' resolve to keep schools open and non-COVID medical care going.

European daily infections have been running at an average of almost 100,000 a day.

- On day three of hearings, US President Donald Trump's Supreme Court nominee Amy Coney Barrett says it is an "open question" as to whether Mr Trump could ever pardon himself, while adding that the nation's top judicial body "can't control" whether a president obeys its decisions.

- A rare 1623 book that brought together William Shakespeare's plays for the first time has sold for a record $13.92 million at auction in New York.