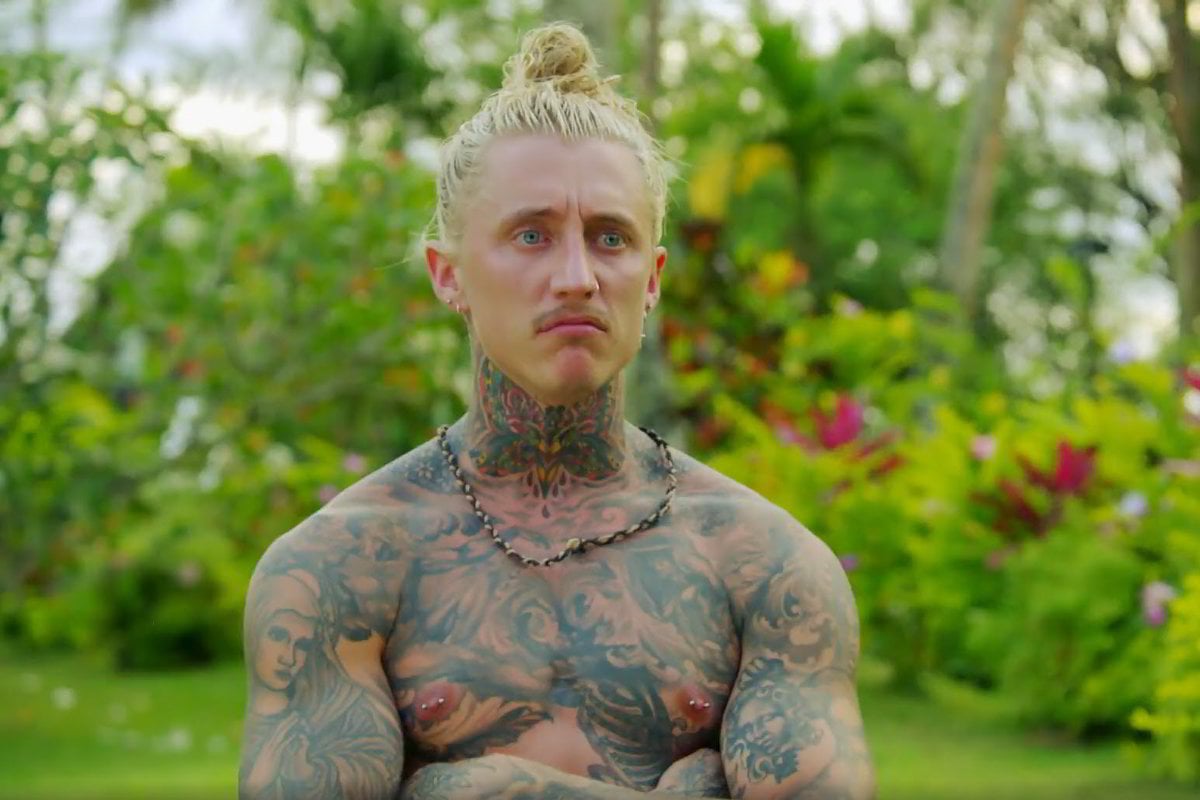 Ciarran Stott tried to preempt our changing feelings towards him before Bachelor in Paradise began airing.

"I don't regret anything, but when Bachelor in Paradise comes out, I probably won't get the best edit ever," he told Manchester Evening News back in April.

It looks like things go from bad boy to just... bad for Ciarran on tonight's Paradise ep. Post continues below video.

He told Mamamia he had "ups and downs" during filming and felt like he "brought a bit of the reality to the reality TV world".

It was all very cryptic, but then the series began, and suddenly we understood.

Ciarran had, from the moment he stripped down to just grapes at the hen's party group date on Angie Kent's season of The Bachelorette, captured the hearts of Australia.

We laughed with him and enjoyed his unconventional fashion choices, praised his candidness, and yes, cried when he left the mansion after a family death.

His Paradise experience began in much the same way, so uh, with a bunch of grapes. 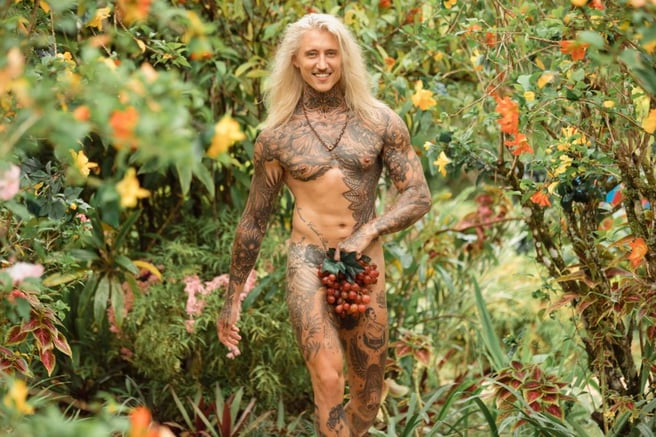 From what we've seen in the first week of the show, he's really gone full-Love Island, playing the field as he's fully entitled to do. It is a dating show after all. To be clear, we have zero criticism of him for this.

In the first episode, Ciarran found himself in the deep end when questioned about the breakdown of his relationship with his ex-girlfriend, and fellow Bach nation member, Renee Barrett (from Matt Agnew's Bachelor season).

Ciarran admitted it didn't end well. He said he was looking for a way out of the relationship and cheated.

"At the time I was like, 'I don't want to be in this relationship anymore,' but it wasn't ending, so, in my mind, as stupid as it is, 'If I do this, then it'll end,'" he explained.

Ciarran had gone from being the hilarious, cheeky British sweetheart to the bad boy of Paradise in the space of one conversation.

But you know there's truth in the old cliché 'women love bad boys'.

Because the women were still into him. Even Cass, who said she was friends with Renee and wanted to find out the truth about her relationship with Ciarran.

It was decided he'd owned and learned from his mistakes and the cast moved on. And while it is true people should be able to move on from their past, such a revelation is surely worth exploring further for whoever is interested in him, given the premise of the show is to find monogamous love?﻿

Ciarran: I cheated on my ex so I could break up with her
everyone else: wow Abbie's a bitch #BachelorInParadiseAU

The girls: “I can’t believe I haven’t found anyone, why am I single”
Also the girls: “hey you know that guy Ciarran who is a massive player and just told us he cheated on his last girlfriend? Yeh him, I want him!” #BachelorInParadiseAU

Psychology tells us bad boys are appealing for a multitude of reasons. Maybe there's the subconscious desire to 'change them', to be the one who gets them to settle down.

Being with a bad boy can be freeing, as women generally find themselves having to tow the 'good girl' line. To be kind and agreeable. With a bad boy, you can do away with that, even just for a moment.

And everyone knows humans always want what they can't have.

Whether any of these reasons is a good enough reason to pursue a relationship is another question, as is whether a relationship based on such dynamics would be successful.

What we do know is that on tonight's episode, Renee will enter Paradise and drop a bombshell about her relationship with Ciarran ("While you were in the mansion, you were...") that ends in him storming off.

But as Bachelor in Paradise rumours seem to show - spoilers ahead, FYI - Ciarran will continue to do well with the women on the show for a while yet.

We know from previews he and Jess Brody continue to explore their relationship, and judging from social media posts late last year it appears he leaves Fiji in a relationship with another former Bachelor contestant; Kiki Morris from Richie Strahan's season.

The allure of a bad boy sure is enduring.

Reply
Upvote
1 upvotes
Yes, I don't think it will be his finest hour. But he young. He will grow up eventually. In the meantime he is edited entertainment for some. Hopefully the girls will realise he is there for a good time not a long time. Be with him if you want but please girls don't expect commitment. I know people have different opinions on tattoos and it's certainly a personal choice but do people realise that these tattoos up their neck makes them look like their head is unattached!
News
General
Opinion
True Crime
Politics
Sport
Explainer
Entertainment
Celebrity
Reality TV
Movies
TV
Books
Rogue
Royal
Lifestyle
Beauty
Fashion
Weddings
Home
Wellness
Health
Fitness
Travel
Food
Parents
Before The Bump
Pregnancy
Baby
Kids
Teens
School
Parent Opinion
Work & Money
Money
Finance
Career
Lady Startup
Relationships
Sex
Dating
Separation
Friendship
Family
Real Life
Couples