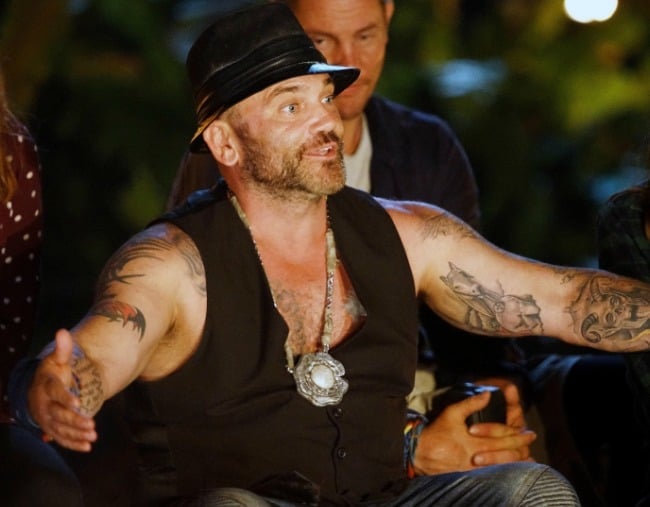 It only took two episodes for the villain-y villainous villain that is Russell to be sent home.

You see, the Champions faced their first tribal council during tonight’s episode of Australian Survivor.

At the start of the episode, USA villain Russell showed his tribe his lil’ immunity idol (not a euphemism).

“I am the master manipulator. It’s amazing how good I am at this game,” he told the camera in a villainous voice while stroking an evil-looking cat on his lap.

His tribe members then had to rethink their plan to vote him off the island.

But then Russell decided to deploy the brilliant strategy of not using the immunity idol ¯\_(ツ)_/¯  at the tribal council.

Then he got sent home.

The Aussies were smarter than you thought Yankee #SurvivorAU

I’ve seen every single episode of Survivor ever – both American and Australian – and that was one of the greats.

Excellent result! Now that Australians have voted out Baby Trump, it’s time for the USA to vote out the other Baby Trump. #survivorau #dropkick #inflated

What is it that they say about doing the same thing over and over and expecting a different result? #SurvivorAU

Amazing! The “best” Survivor villain was outwitted and outplayed by a bunch of Aussie champions! If that’s not Australian, I don’t know what is! LOVE THAT! #SurvivorAU

So it turns out Russels best move was getting eliminated #SurvivorAU

@russellhantz “I made the right move, it just didn’t work” – totally agree mate – FINALLY someone who came to play and not sit around the fire singing Kumbaya. Huge loss to the series – thanks for shaking things up my friend ???????? #SurvivorAU

Least Russell had a personality. Just watched half an ep and have no clue who anyone else is. Shame to see him go #entertainment #SurvivorAU