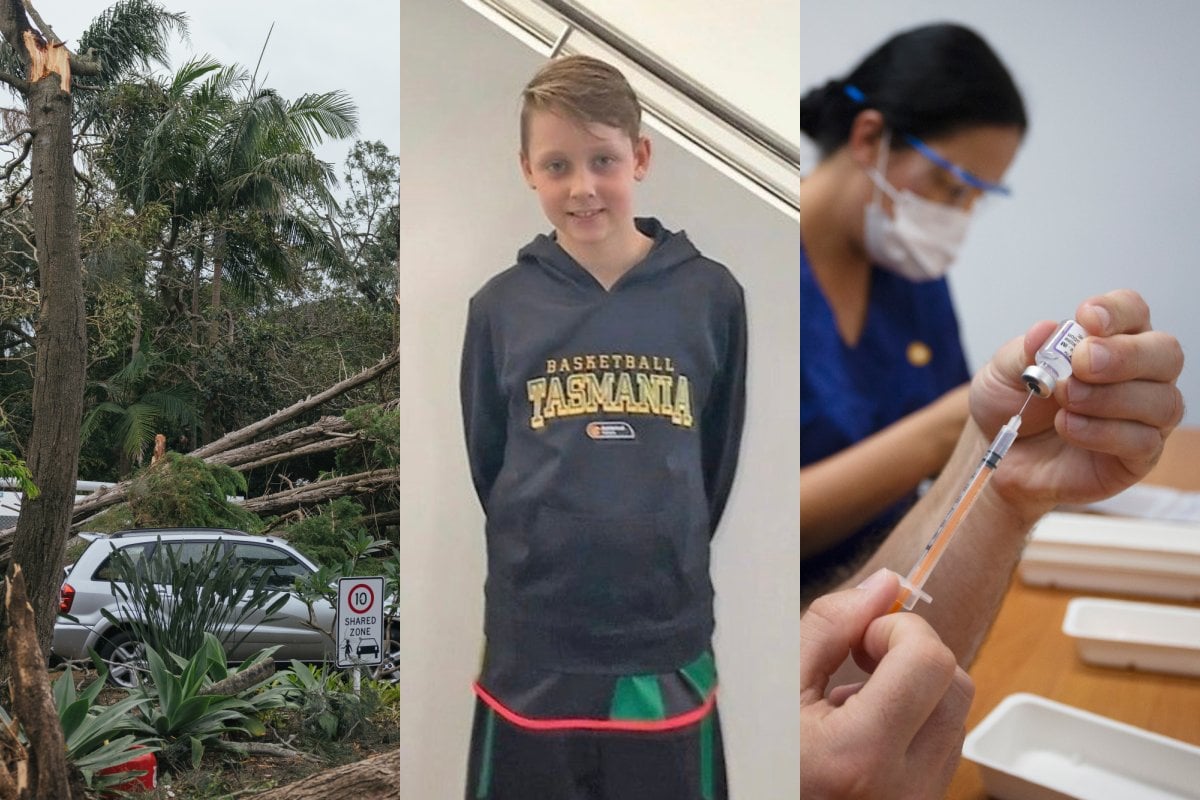 He fears leaving the gap at five months will result in "thousands of people infected for no reason".

Will we need an annual COVID booster? A leading epidemiologist answers all our questions. https://t.co/9lJjk8dye4

NSW on Sunday recorded 2566 new infections. There are 227 people in hospital, 28 of them in intensive care.

"The epidemic curve (in NSW) is almost vertical. Cases are doubling every three days," he said.

"I don't think lockdowns are necessary, but states and territories should retain their public health measures."

Victoria reported 1240 new cases and four more deaths. It has 392 COVID-19 patients in hospital, 81 of them in intensive care.

There were nine in the Northern Territory as authorities there anticipated extending a lockdown in the town of Tennant Creek.

Australia's full vaccination rate for people aged 16 and older is sitting at 90.42 per cent. The first dose rate is nearing 94 per cent.

The number of boosters delivered into arms exceeds 1.3 million, with more than 640,000 doled out in the last week.

One dead, others injured in freak Sydney storm.

A woman has died and three people have been injured when a tree fell in a car park during a storm on Sydney's northern beaches described as a "mini-cyclone".

Emergency services received multiple reports of storm damage across the area from 3.30pm on Sunday, with trees and powerlines down across suburbs from Mona Vale to Forestville.

Police, NSW Ambulance, Fire and Rescue NSW, and rescue helicopters responded to the incident at a car park on Ocean Street, Narrabeen, after reports a tree and powerlines had come down.

A woman believed to be aged in her 70s died at the scene.

A woman has died and two people are seriously injured after a ferocious storm tore through Sydney's Northern Beaches on Sunday afternoon.

NSW Ambulance said a woman in her late teens was treated for spinal and head injuries, while another woman aged in her 70s was treated for multiple injuries. Both were taken to Royal North Shore Hospital in a serious condition.

A young boy was also assessed for minor injuries but did not need to go to hospital.

Fire and Rescue NSW crews responded to more than 100 calls for assistance following the wild weather, which ripped off roofs and saw debris flying down roads and footpaths.

A gust of wind sent a jumping castle being played on by nine children in total 10 metres into the air during year-end celebrations at the school on Thursday.

Two children remain in a critical condition in Royal Hobart Hospital and one other is in recovery at home.

The state's top cop said the investigation into the incident in conjunction with WorkSafe Tasmania was ongoing and would be for some time.

Given the magnitude of what happened and the need to speak to a large number of traumatised children within a short period of time, Tasmanian detectives have accepted an offer of help from NSW police.

Four forensic child interviewers will travel to the island state from Sydney over the coming days.

Prime Minister Scott Morrison announced on Saturday an extra $800,000 will also be made available to fund trauma counselling for those impacted.

Read more: 6 children have now died in a jumping castle tragedy at a Tasmanian school. Here's what we know.

Two children and two adults on a "family joy ride" have been killed after a plane crash northeast of Brisbane.

Queensland Police said a 67-year-old man from Wamuran was the pilot of the light airplane which came down near Scarborough about 9am on Sunday after taking off from nearby Redcliffe Aerodrome where his family were waiting.

A 41-year-old Brisbane man, his 10-year-old daughter and nine-year-old son also died in the crash.

A Brisbane pilot, a father and two children have been killed in a light plane crash off the coast of Redcliffe. #9Today pic.twitter.com/dZXoHX0utu

Media reports suggest the plane - a Rockwell Commander 114 light airplane - may have flipped after engine trouble prompted the pilot to attempt to return to the landing strip.

"This is a tragic accident. It's leading up to Christmas and this is the last thing that any family needs to go through at this time of year, or any time," Insp White said.

"The (pilot's) family are deeply traumatised as you would expect."

A multi-agency operation is underway with water police and divers along with the force's forensic crash unit assisting other agencies including the Australian Transport Safety Bureau.

Anyone who witnessed the crash or with information have been asked to contact police or the ATSB.

Chinese tennis star Peng Shuai has said she never accused anyone of sexually assaulting her, and that a social media post she had made early last month had been misunderstood.

Peng's well-being has become a matter of concern among the global tennis community and human rights groups when she appeared to allege a former Chinese vice-premier, Zhang Gaoli, had sexually assaulted her in the past.

After that post, she was absent from public view for nearly three weeks.

Chinese tennis star Peng Shuai said that she had never accused anyone of sexually assaulting her, and that a social media post she had made early last month had been misunderstood https://t.co/i4waJO8cPP pic.twitter.com/A3CKbQUFjz

"First, I need to stress one point that is extremely important, I have never said or written that anyone has sexually assaulted me, I have to clearly stress this point," Peng said in the video posted by Lianhe Zaobao, a Singapore media outlet.

Peng's remarks on Sunday marked the first time she had addressed the matter on camera in public. She spoke on the sidelines of a cross-country skiing event in Shanghai that she attended.

Peng, 35, said in the video that "people have many misunderstandings" about her Weibo post. She did not elaborate.

She also said that she had been living at home in Beijing without supervision. She did not mention Zhang.

Early this month, the Women's Tennis Association (WTA), which has sought a direct line of communication with Peng, said it would suspend tournaments in China immediately due to concerns over the treatment of Peng and the safety of other players.

- Queen guitarist Brian May has revealed he is recovering from COVID-19, using a message to fans to encourage people to be vaccinated.

-Islamic countries pledged on Sunday to set up a humanitarian trust fund for Afghanistan as, with millions facing hunger and a harsh winter setting in, Pakistan's prime minister warned of chaos if the worsening emergency was not urgently addressed.

- The Omicron variant of the coronavirus has been detected in 89 countries, and cases involving the variant are doubling every one-and-a-half to three days in places with community transmission, the World Health Organization says.