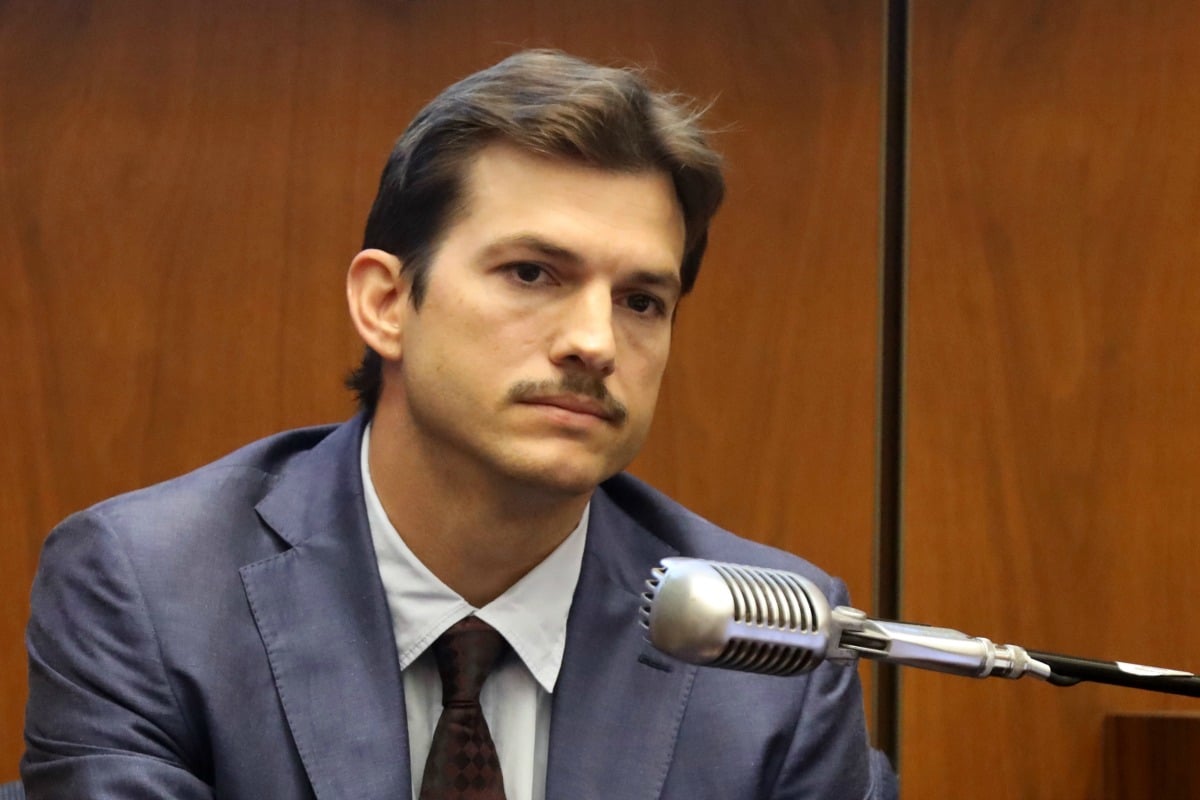 Ashton Kutcher has testified in the murder trial of Michael Gargiulo, who is alleged to have killed a woman he was dating, Ashley Ellerin, in 2001.

Kutcher recalled the night of February 21, 2001, when Ellerin was brutally stabbed to death in her Hollywood Hills home.

At the time, the 23-year-old was known for That 70s Show and Dude, Where’s My Car? and had met 22-year-old Ellerin, a fashion student and part-time exotic dancer, about two months earlier.

During his testimony, Kutcher said he and Ellerin were supposed to attend a post-Grammy Awards party together that night, but he was running late on the That 70s Show set.

“I called [Ashley] around 7:30 p.m. because I was running late,” the actor recalled, US Weekly reported. “At 8:24, she said she got out of shower and she said she was calling from her friend Jen’s phone. I was like, ‘I will see you later.’ That was about it.”

He then tried to call her two times throughout the night, but she didn't pick up.

“I was trying to take her on a date and I didn’t want to sound overeager, so I just left her a message,” he recounted.

Assuming she was upset with him for being too late and wanting to make amends, Kutcher drove to her house behind the Grauman's Chinese Theatre on Sunset Strip around 10.45pm.

All the lights were on, and Ellerin's maroon BMW was parked outside. Kutcher then knocked on the door and Ellerin did not answer. He called out to her and still received no answer.

Kutcher peered through a window, telling the court he saw red wine stains on the floor.

Kutcher simply assumed Ellerin was mad at him and left the apartment. What he couldn't have known, however, was that Ellerin was dead inside the apartment. She had been brutally murdered, her throat slit with such force she was almost decapitated, her body punctured with dozens of stab wounds. She was later discovered by her roommate, Justin Peterson.

During Wednesday’s cross examination, Kutcher recalled going to detectives after finding out what happened, worrying that he may be considered a suspect.

“I remember the next day after I heard about what happened, I went to the detectives and said, ‘My fingerprints are on the door,’” Kutcher testified. “I was freaking out.”

Ellerin's murder remained unsolved for seven years until 2008 when police connected her case to Michael Gargiulo. Gargiulo - known as the 'Hollywood ripper' - is currently accused of murdering two other women.

Ellerin had invited Gargiulo, now 43, to a few parties at her house after he moved in next door, and her friends had earlier expressed concern about his growing fixation on her.

Peterson, Ellerin's roommate, confronted Gargiulo about parking outside their house at odd hours and Gargiulo told him he was hiding out because the FBI was after him in connection with a murder in Chicago.

Gargiulo evaded authorities for years after Ellerin’s murder, before he was arrested in 2008 for the attempted murder of Michelle Murphy, another one of his neighbours.

Police then connected Gargiulo to the murder of Tricia Pacaccio on Aug 14, 1993, in his hometown of Glenview, Illinois. It's believed this is what he was referring to when speaking to Peterson.

After moving to California, he allegedly committed two murders - of Ellerin and another woman, Maria Bruno - before attempting to kill Murphy.

Prosecutors are seeking the death penalty for Gargiulo, who has pled not guilty to two counts of murder and one charge of attempted murder.

The trial is expected to take six months.