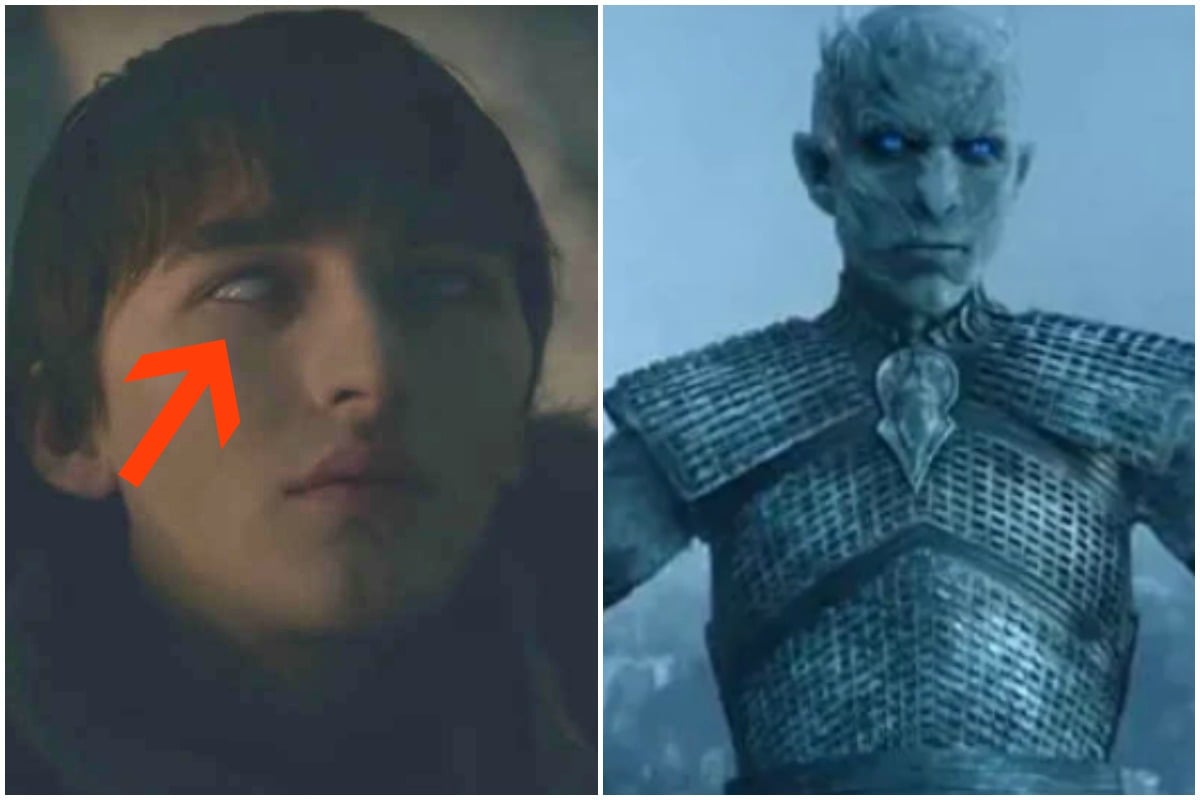 NOTE: There are so many spoilers below. If you haven’t seen season episode three of season eight of Game of Thrones, DO NOT continue reading. You have been warned.

When Arya Stark killed the Night King on episode three of Game of Thrones‘ final season, audiences were torn between a feeling of deep satisfaction, and the sense that this can’t be… it.

Did it really only take a nine minute scene to defeat the Night King?

We've spent hours upon hours watching people train armies, make weapons and extensively research in order to fight the Army of the Dead, and ultimately it took Arya and a dagger to beat them all.

Of course, once we let the finer details of the episode sink in, the death of the Night King was a complex victory with many moving parts. There was Jon's crucial role in distracting Viserion, Melisandre's words to Arya, The Hound and Beric Dondarrion's roles in keeping her alive and Theon's protection of Bran.

But now, there's a theory that says the defeat of the Night King might not be what it seemed.

Is the Night King really dead?

A number of fans have voiced their belief that during the extended stare between the Night King and Bran, the Night King warged into Bran, or handed over his power. By the time Arya stabbed him, it was too late.

Reddit user logicman101 wrote that he thinks the Night King never had any intention of hurting Bran, and was instead going to kneel in front of him.

"I believe The Night King was going to give his sword to Bran and kneel just before he was stabbed," the user wrote. "Azor Ahai is playing out its prophecy and preventing this, but it may not be yet over. I still believe Bran is the true [Night King].

"In an upcoming episode we may see some alternate reality play out in one of Bran's visions, where we see the Night King kneel to pass on whatever power and magic is necessary to Bran."

The Night King is not really dead - he warged into Bran just before Arya destroyed his body. When the others find out, they will have to kill him in order to get rid of the Night King permanently. That is the "bittersweet" ending: evil is destroyed but also Starks @AnnaKendrick47

Were Bran and the Night King secretly communicating?

According to Reddit user shamp10, there are clues that Bran was silently communicating with the Night King as they finally faced each other.

"Something struck me in the look the Night King gives Bran right before he reaches for his sword — when he turns his head slightly, it’s as if he is questioning Bran," the fan wrote.

"If you recall back in season one, episode one, Catelyn tells Bran, 'You always look at your feet before you lie'. Before the end of their staring match, Bran briefly looks down at the ground and then back up to the Night King, then the Night King cocks his head to the side.

"I think Bran communicated a lie or misleading information to the Night King, which made the Night King question him. It’s as if he’s saying to Bran, really? Or are you sure?"

Is there a relationship between the Night King and Bran that no one else is aware of, which would make the fact that Arya saved her brother a disaster rather than a victory?

Has Bran been the Night King all along?

One of the most popular fan theories throughout the last two seasons of Game of Thrones has been that Bran is actually the Night King.

Ever since he warged into Hodor in season five (while he was just a stable boy named Wylis), we've known that Bran has the rare ability to travel through time, and take over the body of another being.

Bran, however, was warned by the Three-Eyed Raven that if you stay in the past long enough, you can get stuck.

The theory goes that Bran warged into a man who lived thousands of years ago, in an attempt to stop the war against the undead. But the Children of the Forest caught him, plunged a dragonstone blade into his heart, and turned him into the Night King. Ever since, Bran has been trapped inside his body.

It's a theory supported by the fact that in season six, the Night King touched and left a mark on Bran during one of his visions. Bran has never been able to interact with others in his visions, but perhaps he could in this instance because he and the Night King are actually the same person.

The big hole in this theory is that we have no reason to think that Bran can be conscious in his own body and the Night King's body at the same time. Yes - he can warg into another being, but he leaves his own body unconscious when he does so. During episode three, when the Night King approached him, they were both very much present.

What was Bran doing during the Battle of Winterfell?

For a majority of episode three's epic battle, Bran was... absent.

Sitting under the Weirwood Tree in an attempt to lure the Night King, he simply said, "I'm going to go now," and warged-out until Theon Greyjoy couldn't do anything else to defend him.

So where did he go? And does it have an impact on what it actually meant for Arya to save him?

Some fans think he was just trying to stay ahead of the Night King, which would explain his impeccable timing of returning when the Night King was close. Others believe he actually left Winterfell, given that we couldn't see his ravens or any impact of what he was doing throughout the battle.

"I thought he was going to fly around watching the battle. But it looked like he flew right over the battle, over Winterfell, and beyond," one fan theorised on Reddit.

"I think he was up to something that is beyond our ability to predict. I think he flew south, for something."

Another theory is that he was simply recording it all, as the "living memory" of the world.

Or was he protecting those he loves? Almost all the key Game of Thrones characters survived the battle - including all Bran's relatives. Was he interfering to keep them safe?

Is the Night King not the real enemy after all?

Arya killing the Night King might not have been what it seemed, because he might not be the real threat in the Game of Thrones universe.

Reddit user AegonStarkgaryen believes "The White Walkers were, in fact, trying to kill the Three-Eyed Raven for generations.

"As soon as he ventured South of the wall in the form of Bran, they followed suit ONLY to try kill him. So what does the Three Eyed Raven do? He manipulates the rest of humanity to save him from the White Walkers, painting THEM as the evil guy. That's his only option. The Night King's mark is on him and will hunt him down.

"Which means — all of this was engineered by the Three-Eyed Raven. That is why [Bran] gave Arya the Catspaw dagger. So she could use it to kill the Night King in order to save himself."

The motive of the White Walkers and the Night King has never been clearly stated, so it's more than possible that they've simply been trying to destroy the Three-Eyed Raven, and were determined to do anything to achieve that goal.

If this theory is true, does that mean Arya and the rest of the Stark family will learn that their brother is actually evil? Will they have to turn against him?

Regardless of how believable you find any of these theories, it's worth acknowledging: For a show that killed off most of its main characters in season one, it's not out of the question that Game of Thrones' greatest moment of triumph will turn out to be a devastating mistake.