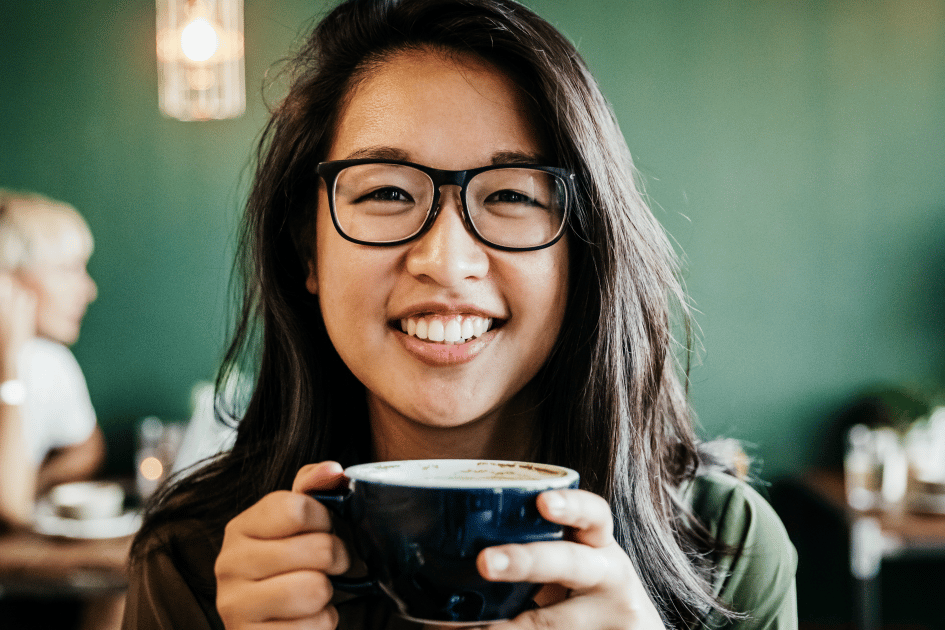 I was recently told I don’t “understand racism”...

While I do realise it is a very real and complicated issue, and systemic racism has resulted in entire groups of people continuing to live lives where it’s almost impossible to improve circumstances, it did give me pause to think about whether I actually understood racism.

WATCH: The problem with just saying 'I'm not racist.' Post continues below.

My educated, English-speaking, grandfather wasn’t allowed into Australia despite the fact his (paler) cousins were allowed in the 1950s. Thirty years later, times still hadn’t changed much. In the late 1980s my highly qualified and educated dad was told in an interview that they thought he’d be white because of his name and accent, and was advised the staff wouldn’t be “comfortable” with a “brown boss”.

I was a teenager and with my mum when someone shouted, “Go home black bitches!” at a bus stop, and at high school, I often heard, “You’re smart because you’re Asian” (No, I’m smart because I study and I love reading).

I’ve been called a “n*****”, an “uppity brown bitch”, an “Asian cow” and permutations of the same, at various times by various men through my 20s and 30s — usually because I wouldn’t dance with them, have a chat, date them or let them buy me a drink (doubtless shades of misogyny also inherent there).

I’ve been told, repeatedly, and throughout my life, to “go home”, that I “speak English well” and asked if my maiden name was the name I was born with (apparently it’s a “Westernised” one). And let’s not forget the times I’ve had to listen to comments about “those migrants” or “those Asians”.

I’ve had to listen to my six-year-old tell me about how some classmate told her they weren’t allowed to “go to black or brown peoples houses” (said child is now 11, so not the distant past). I’ve also had people ask me to bring food from “my country” for school bring-a-plate events.

And just last week, I had a delightful human being say to me, “Don’t yous read English?” when I accidentally went to the front of a line (Yes. Yes I do, and I obviously speak it a damn sight better than “yous”).

These are just a few of the countless times where I’ve been on the receiving end of racial bigotry, sometimes vehemently intentional, and others more insidiously unintentional. So yes, despite all that (and the sociology unit on Imperialism and race relations I studied at university) I guess I have no real concept or understanding of racism...

I call bullshit on that.

Racism rears its ugly head and, ironically, shows no real bias when it’s spreading its vitriol. Racism doesn’t care about how well educated, well travelled or articulate a person may be. Often, that may just trigger it more, as articulation and education can be seen as a threat. It’s always about race, and xenophobia, and fear about “the other”.

Sometimes it’s unconsciously done, sometimes it spews forth with venom and hate, and sometimes it’s just plain ignorance, or a lack of awareness that times have changed. Wherever it comes from, whatever its motivation, it should always be called out for what it is, especially by those who have, or are perceived to have, “privilege”.

Don’t tell me I don’t “understand” racism. Admittedly I may not understand it, because quite frankly, it’s inexplicable to me how one person can see one human being as better than another based on race.  However I do think I know exactly what it is.

Listen to The Quicky, Mamamia's daily news podcast. In this episode, we discuss whether racial profiling is happening in Australia. Post continues below.

Yet I have hope.

I’m raising three ethnically diverse little Australians, and we’ve raised them with the belief they can do and be anything. That they should be individuals, have a strong moral compass and see the inherent good in humanity.

Yet we’ve also told them they will face comments about how they look or are perceived. (At least the 11 and nine-year- old  — the three-year-old is delightfully oblivious to the concept of race!)

They know that racism and bigotry exist and that there will be those that spew out comments to get a reaction, those who do it because they think it’s acceptable and those who are truly ignorant.

Our advice has been to ignore those who seek a reaction (why indulge them?), call out those who think they have a right to be offensive or casually racist, and educate the unaware.

I truly have hope. We’ve come a long way from what it was like when I was a child. It is unthinkable that behaviour that was prevalent and tolerated in playgrounds back then would be accepted in the slightest today.

I honestly believe my children are growing up in a far more accepting, tolerant and kinder world than I did.  I think Australia as a nation is evolving.  And I think it’s the conversations we are now having, and the experiences we are now sharing, that will help.

The author of this story is known to Mamamia but has chosen to remain anonymous for privacy reasons. Feature image is a stock image.