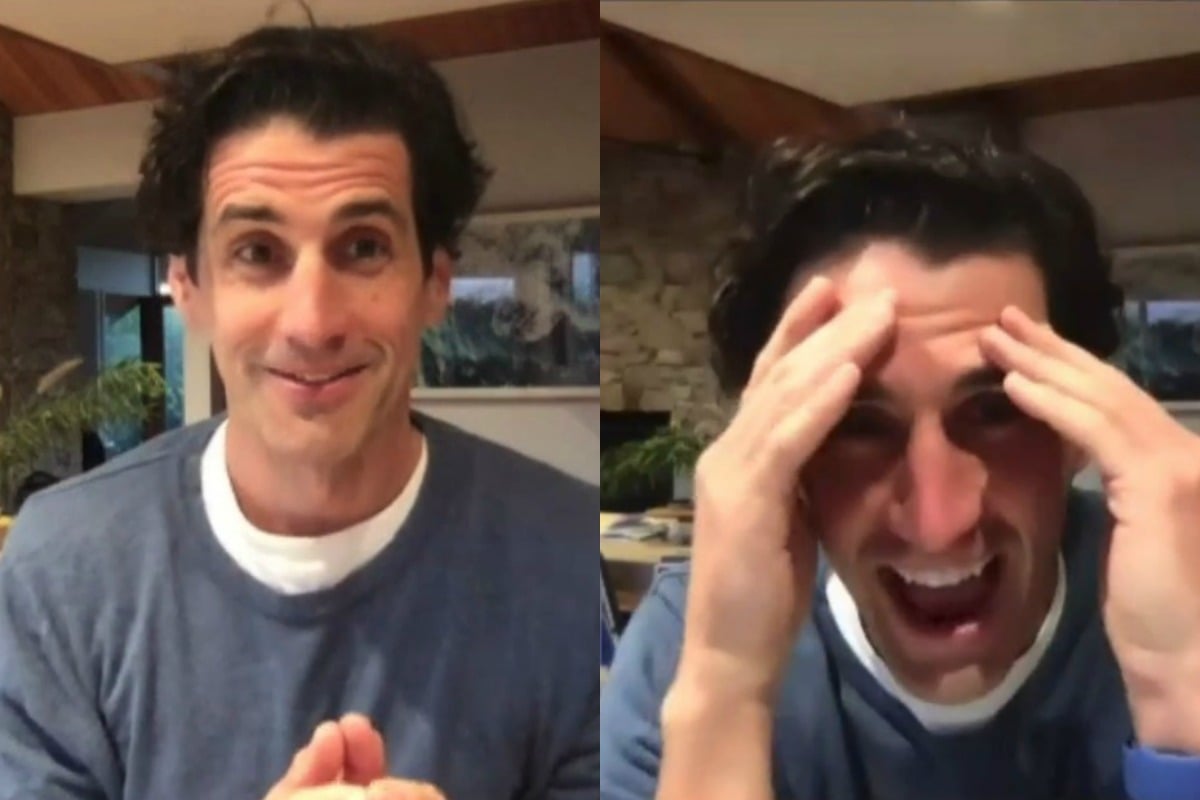 Every week, on Mamamia’s Facebook live show, The Virtual Knock Off, hosts Mia Freedman and Jessie Stephens discuss their best and worst moments of the week.

If you haven’t been tuning in to the weekly show, a worst moment of the week typically looks like dealing with irritating colleagues over Zoom, struggling with remote schooling, or stubbing your toe really badly – just to name a few.

But when Andy Lee joined The Virtual Knock Off on Friday afternoon, the comedian officially won the worst moment of the week… ever.

You can watch Andy Lee’s full interview on The Virtual Knock Off below. Post continues after video.

You see, before the episode aired, Andy was due to meet Mia and Jessie (virtually, of course) for a tech rehearsal.

But unlike his usual punctual self, the comedian was actually running five or so minutes late to the rehearsal.

Why? Well, it turned out Andy Lee had almost gone full… poo jogger.

When asked what his worst moment of the week was during the live episode, Andy explained why he was initially late for their tech rehearsal.

“I thought I’d go for a jog [before the rehearsal],” Andy recalled.

“I went for a run and when I was six kilometres away [from home], I got a really upset tummy to the point where I was going to poo my pants.”

Fearing that he may become the next poo jogger, Andy made the difficult journey back home, as he attempted to make it in time for the rehearsal.

“I had to walk back, because if I jogged, I wouldn’t have had the structural integrity downstairs to hold on,” he explained.

Finally, after making it home, Andy felt a sense of relief. Well, sort of.

“I walked like four kilometres with clenched butt cheeks,” he said.

“And then, I pooped my pants when I got back to my property,” he continued.

“I came in and I was so worried about being late for you guys that I just quickly took my pants off and I was pantless when I talked to you [for the rehearsal].”

See, we told you. Andy Lee officially wins worst of the week.

You can watch Andy Lee on The Virtual Knock Off on Mamamia’s Facebook page now. You can tune in to the next episode live on Friday at 5pm.