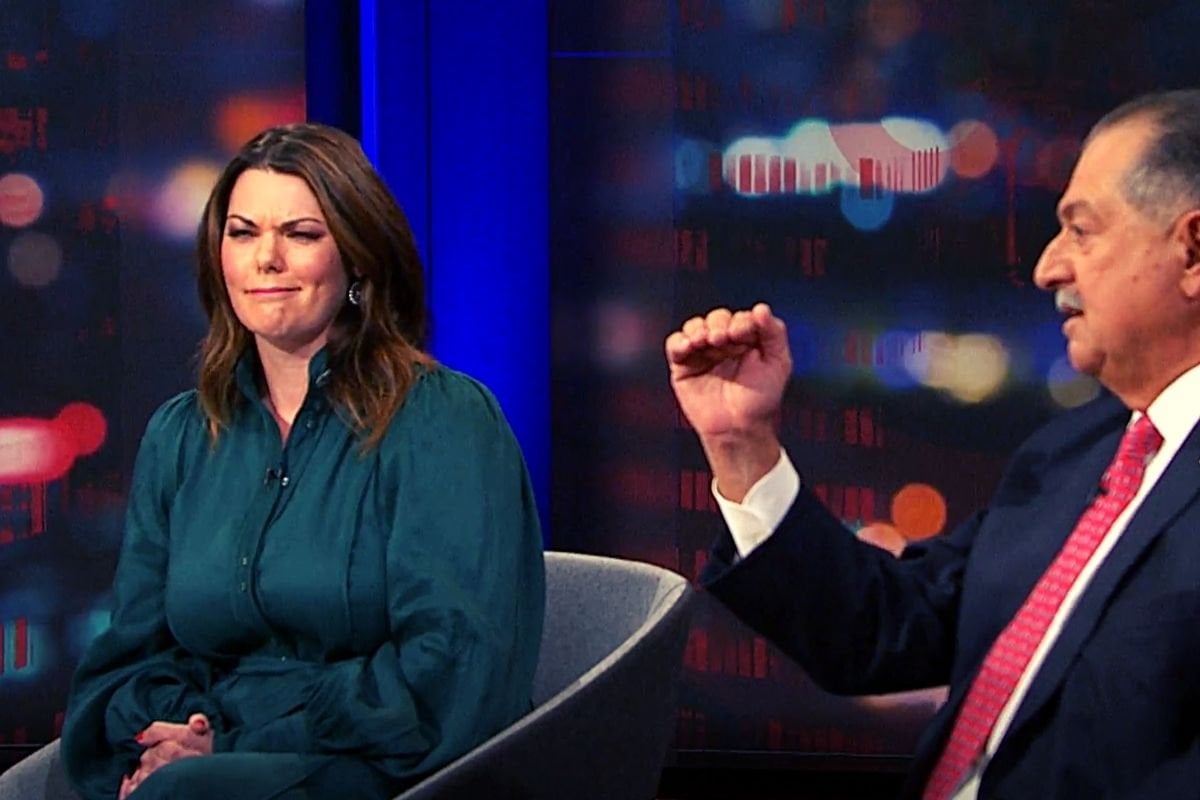 I mean, how else would Narelda Jacobs, a respected journalist with more than two decades' experience, know what fossil fuels can be used for? And how would Senator Sarah Hanson-Young, a parliamentarian who's spent the last 13 years debating policy in Canberra, know how to conduct herself when engaging in discourse?

Liveris gave both women (entirely uncalled for) lectures on Thursday night's episode of ABC program Q+A, in what Senator Hanson-Young and fellow panellist Minister Malcolm Turnbull described as a classic display of "mansplaining".

The exchanges came amid a discussion on climate change, prompted by this week's Leaders Summit on Climate hosted by United States President Joe Biden. While the States announced an emissions reduction target of 50-52 per cent on 2005 levels by 2030 and the UK announced a 78 per cent cut by 2035, Australia continues to lag behind at 26–28 per cent by 2030.

Lamenting our slow progress, Jacobs accused Prime Minister Scott Morrison of alienating most Australians by saying it's an issue for the industry to deliver on rather than bringing the rest of the country along, too.

But gather 'round, children. Because Mr Liveris is ready to give his lesson.

Only, he didn't teach. If he had, he would have explained that the term refers to raw materials like crude oil, natural gas and brown coal that are used to produce another product. (In his view, we should still be digging up these materials but using them as manufacturing feedstocks rather than burning them as fuel.)

"If you want to live a modern life, you need a fossil feedstock," he said. "You can't get carbon any other way. If you want a chemistry lesson, I'll help you out the back."

Yep. He actually told a fellow panellist he'll take them outside and teach them a lesson.

Cue groan from the audience.

"And you're not?" Liveris shot back.

"I'm not the one shaking my finger at people, mate."

To be clear, she wasn't. She was challenging him. But I guess we're just sticking with the narrative that a woman who asserts herself is shouty and hysterical.

Earlier in the program, Liveris responded to the Senator's accusation that he is a "gas man" who loves fossil fuels, by saying, "I'm an energy policy man, which is all of the above. Do you know what that means?"

When the program ended, Queensland Greens tweeted in defence of the Senator, writing, "Women should be able to appear on Q+A and speak without being spoken down to, interrupted, mocked, patronised, have a finger pointed at them and spoken over the top of.

"That was appalling behaviour from Andrew Liveris and disappointing to see it not called out by the host."

Host Hamish McDonald did not directly address Liveris during the exchange, but instead called on all the panellists to "try [to] keep it respectful".

#qanda I just turned off. Your male guest the gas man told a woman he’d see her outside.
Sorry that is disgusting and inappropriate

That was the ugliest form of mansplaining by Andrew Liveris to @sarahinthesen8. #QandA

Lordy. Notice that bloke’s attitude to @NareldaJacobs10 and Sarah Hanson-Young? There’s a bit of a culture here, hey? The rudeness to women. Patronising, elitist and sneering. Mansplaining. Pointing his finger. #qanda pic.twitter.com/nwChNtSAJx

In my experience men get super patronising and condescending towards women who dare to challenge their points of view because they feel threatened. Great work @sarahinthesen8 and @NareldaJacobs10 I hope @QandA never invite Andrew Liveris again. #QandA

@LiverisAndrew
Your patronising treatment of the @QandA panel members is contemptuous. Unbelievable.

J
juan a year ago

Reply
Upvote
Its so sad we have such weak representatives of Renewables in this country. Liveris should have been torn to shreds on the basis of telling outright lies about the number employed by the gas industry. Instead, we have mumbling Malcolm and two women who pull the mansplaining/patronising card when challenged and beaten in an argument.  Saying your being patronised automatically places you in a weak position and you need to do better than that when in the throws of a challenging debate.
C
cat a year ago

Reply
Upvote
1 upvotes
@juan no, it doesn't make you weak. Women are done with the 'dont make a fuss and just get on with it' approach. Not calling out sexist behaviour hasnt worked for decades, we're doing it differently now. Time to catch up.
And no one could ever accuse Sarah Hanson Young of being weak in an argument. She was not 'beaten' in an argument. She called him out on all of his lies, while he literally yelled over the top of her.
S
sho a year ago

Reply
Upvote
I was so relieved to see an article on this trainwreck of a debate.
I cringed when Andrew Liveris treated the other panellists with such little respect.
The look on Sarah Hanson Young's face when he shot his first barb at her made me feel sick, the audacity that he spoke to her like that and then continued to do so, and it took so long for it to be addressed, it needs to be called out straight away.
News
General
Opinion
True Crime
Politics
Sport
Explainer
Entertainment
Celebrity
Reality TV
Movies
TV
Books
Rogue
Royal
Lifestyle
Beauty
Fashion
Weddings
Home
Wellness
Health
Fitness
Travel
Food
Parents
Before The Bump
Pregnancy
Baby
Kids
Teens
School
Parent Opinion
Work & Money
Money
Finance
Career
Lady Startup
Relationships
Sex
Dating
Separation
Friendship
Family
Real Life
Couples