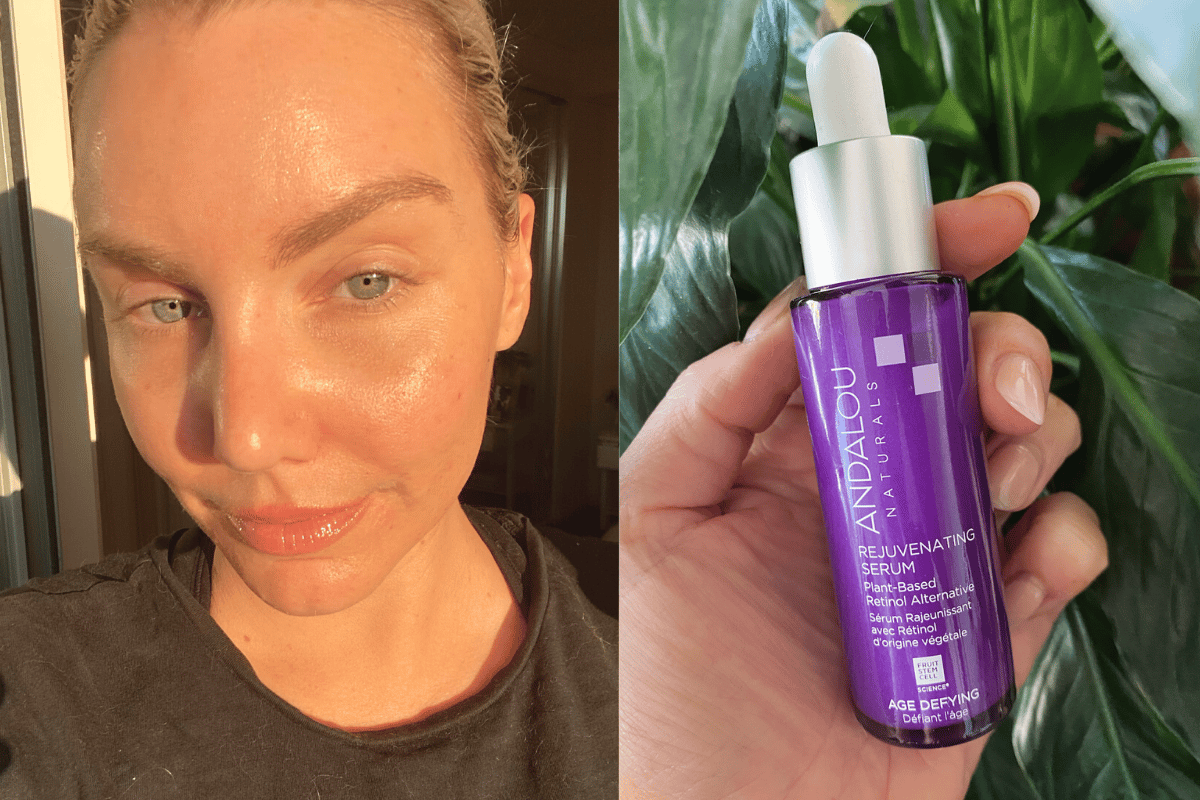 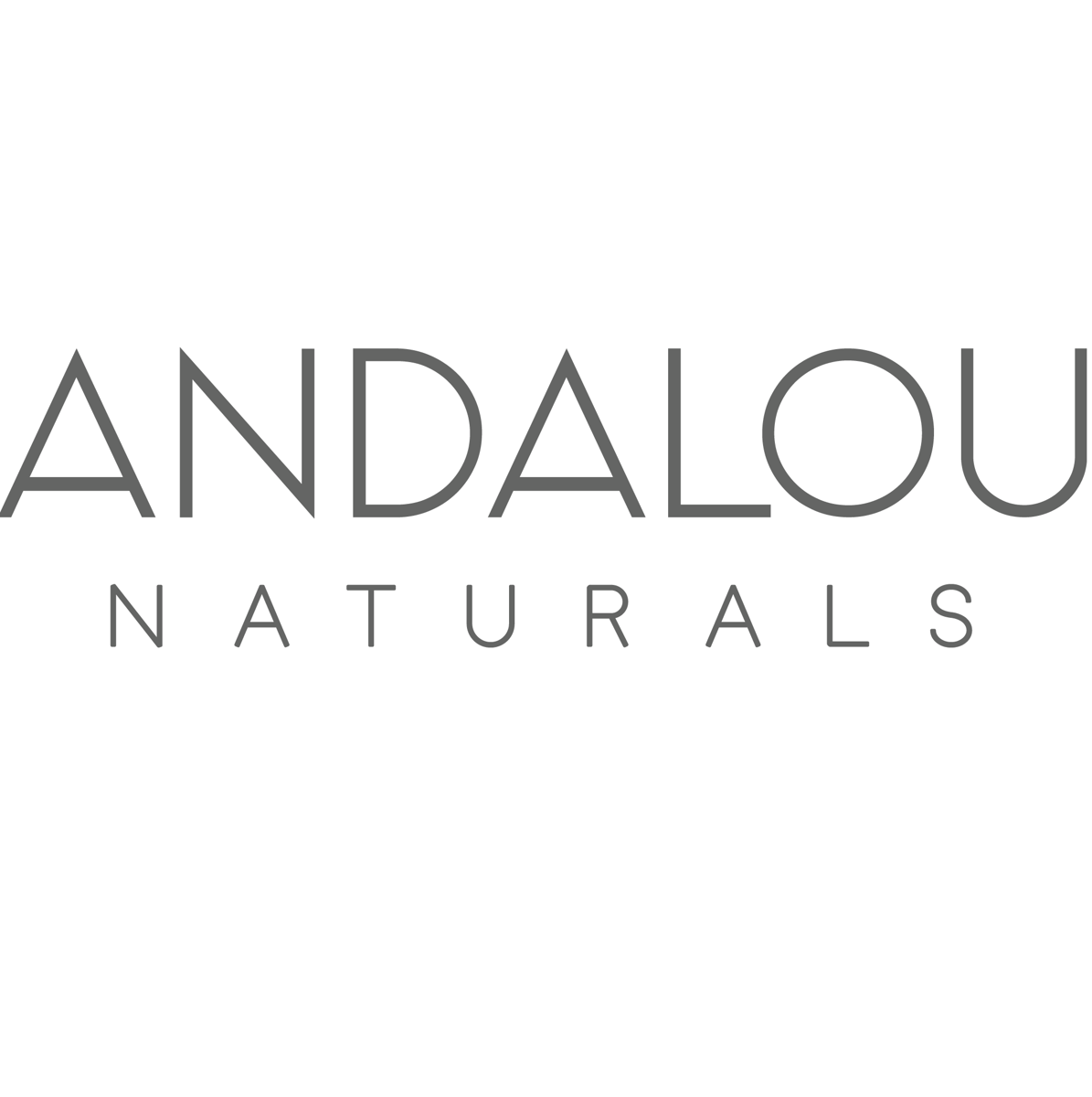 Thanks to our brand partner, Andalou

Ah, 2019. A simpler time when Grey’s Anatomy fans didn’t have to suffer through an entire season of Meredith lurking on a beach.

A time where Kim and Kanye were showing people their fancy fridges, and Gwynnie hadn’t yet released a candle that promised wafts of vag.

It was the year before that pesky virus decided to spread itself all over the world, despite absolutely no one asking for a visit, bar maybe one frisky little bat.

2019 was also the year I discovered the Andalou CannaCell Glow Mask, and it’s been a firm staple in my beauty cupboard ever since.

It is the only mask where I have gone through several tubs in a single year.

I’d say this is because a) it’s excellent (I bang on about it on the pod quite regularly and gave it a ‘glowing’ review here), and b) it’s affordable.

Now I want to tell you about something else Andalou Naturals has done. And it really is very fitting for 2021.

Because these days, you ask ANY skincare specialist what their favourite ingredient is, and they start shouting from their sanctuaries (disturbs the zen really) all about retinol.

Experts are more obsessed with retinol than I am with TikTok, and sometimes those worlds collide, and dermatologists start shouting at me about the fancy ingredient from my FYP.

But the thing about retinol is that it’s a bit of a cliquey ingredient; not everyone wants, or can, join the club.

Some people don’t like using strong actives on their skin for a myriad of different reasons.

Some people can’t use retinol as their skin is too sensitive. And some people are pregnant, and retinol is a huge no-no for use during fetus growing.

I don’t really know what happens, but how people talk about it with such horror, I imagine using retinol while up the duff means your baby will potentially exit the womb with a toe as a nose and a foot coming out of their belly button (I'm totally kidding).

So I want to tell you all about one of the hottest skincare trends of 2021 (yup, calling it semi-early).

Bakuchiol (pronounced ‘bookoocheol’). Bakuchiol is touted as nature’s retinol because, in clinical studies, the results for overall skin health are so similar.

Bakuchiol is an ingredient found in the leaves and seeds of the Psoralea corylifolia plant.

It’s a potent antioxidant, and it visibly reduces skin discolourations from environmental exposure (like pigmentation). It’s incredibly soothing for sensitive, irritated skin, and it can also reduce the appearance of fine lines and wrinkles.

This is why it’s often compared or offered up as a natural alternative to retinol because it’s such a great ingredient that does so many things. It works far harder than I do, that’s for dang sure.

The skincare lords at Andalou Naturals have recently launched a NEW range, formulated with this powerful ingredient bakuchiol, plus their signature Fruit Stem Cell science.

I’m going to take you through the range and then cheekily pop in a review of a new mask they gave me to trial because I love the OG CannaCell so much!

First up, I want to tell you about my fave product in the range, the Rejuvenating Eye Balm. 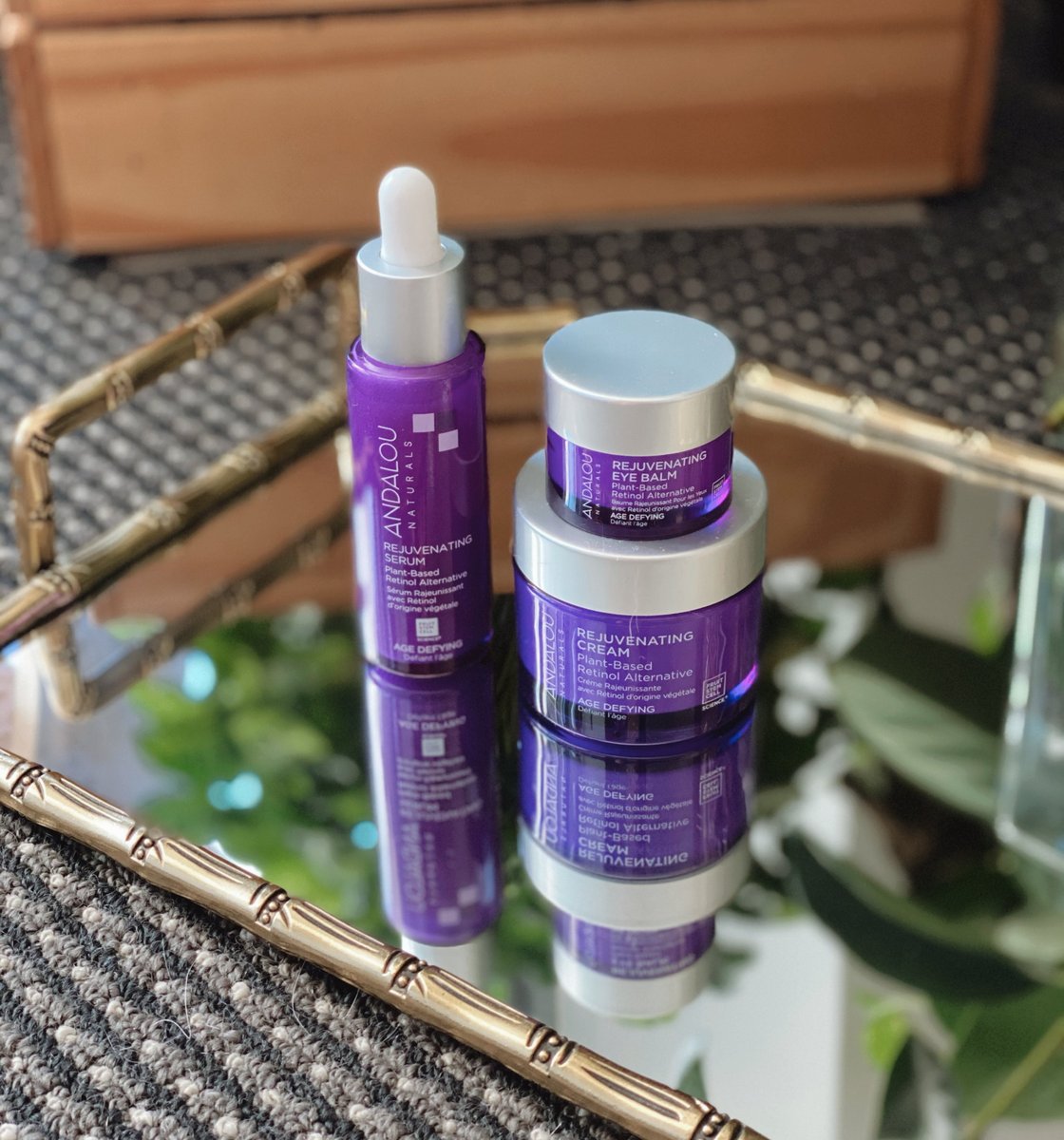 Here are the new products in their Age Defying range. Bakuchiol works far harder than I do, that’s for dang sure. Image: Supplied.

I’m notoriously fussy when it comes to eye products. I generally only like stupidly expensive ones, which is why I’m so thrilled to have found a lil’ beauty for well under $50.

The texture is DREAMY.

It’s like a cloud of balmy goodness you gently pat under and around your eye that almost blurs and primes the area.

I’ve been using it morning and night because I love the way my makeup sits over it as it smooths out my fine lines. It's definitely love I've found with you. Image: Supplied.

Plus, unlike retinol, bakuchiol is perfectly safe for use during the day. Like the entire range, the balm is suitable for all skin types, and if I’m extra dry, I’ll pop an oil on over the top at night to lock in the ingredients.

Next up is the Rejuvenating Serum; now, I’ve never met a skincare enthusiast who didn’t froth on their serum collection.

But the beauty of this bad boy is that it can replace MULTIPLE serums in your routine! Because it helps improve your skin in so many different aspects, you don’t need to layer a bunch on to target different things.

The thin formula feels glorious on the skin, and because it isn’t heavy, it’s also bloody excellent for daywear under makeup. I generally would use only 2-3 drops during the day and then load up a bit more for nighttime. 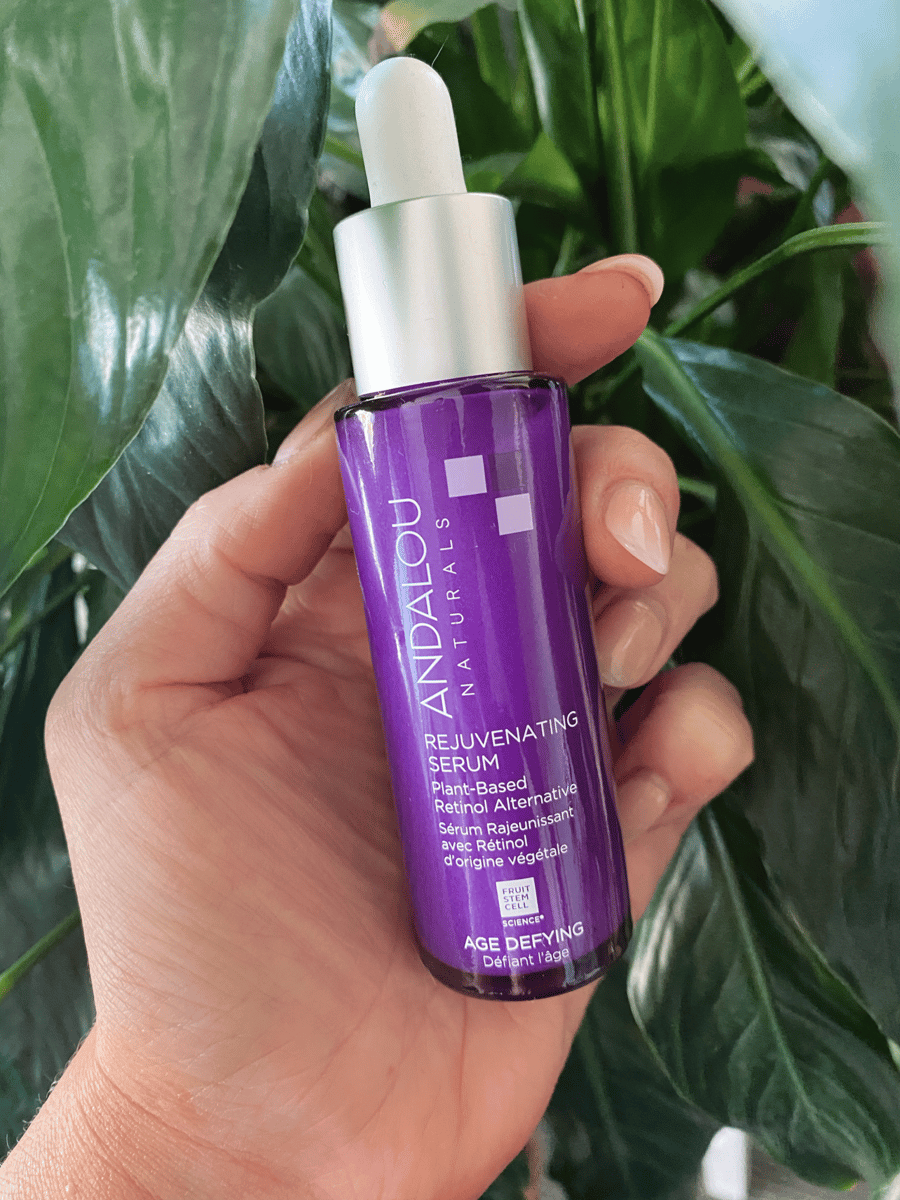 This one isn’t heavy, so it’s also bloody excellent for daywear under makeup. Image: Supplied.

Lastly, in the range (I know, how good, they have streamlined your daily routine), we have the Rejuvenating Cream.

Just like the other products, this can be used morning and night, but always make sure you’re adding in your sunscreen to your morning routine.

I don’t know what the devil they put in this cream, but it smells SO GOOD. And not in a heavily fragranced way, just in an "omg my face smells delicious rn" way.

A little goes a long way and the unique, whipped formula feels and looks glorious on the skin. 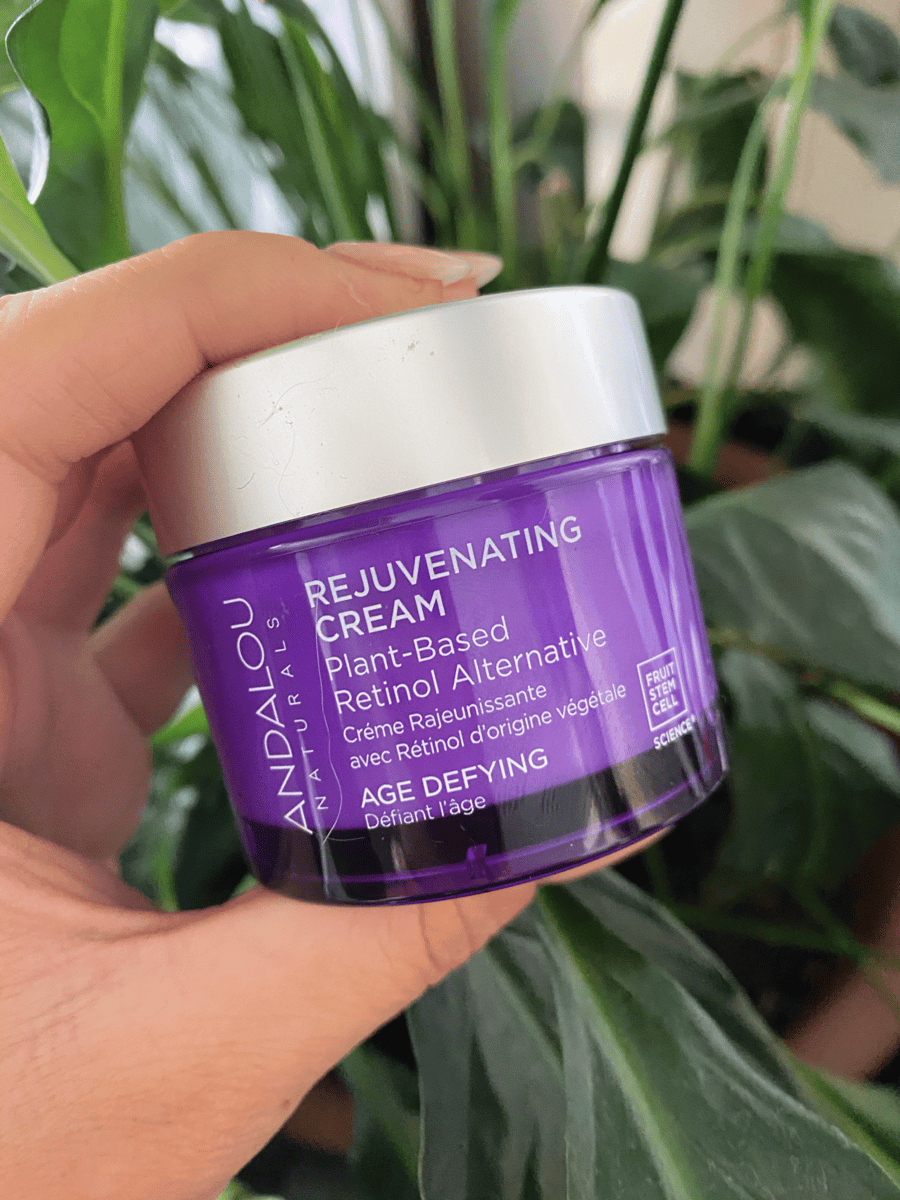 I don’t know what the devil they put in this cream, but it smells SO GOOD. Image: Supplied.

As I mentioned, I’d also love to shout out to the new Skin Food Mask because while it doesn’t have bakuchiol in it, it is part of the Andalou Age-Defying range.

This mask smells and looks like chocolate. It might have even tasted like it, but I will not confirm I was at home licking a tub of face mask for professional reasons. 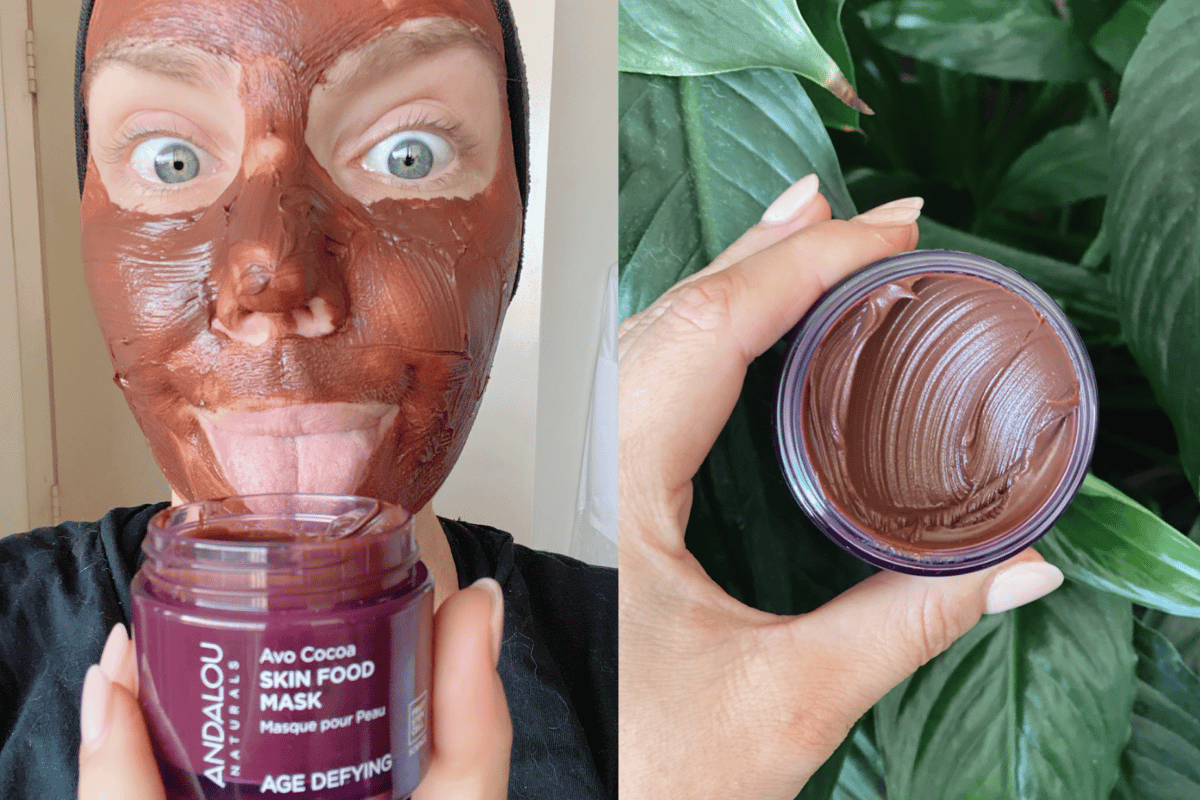 I will never get over this product. Image: Supplied.

It’s formulated with the Andalou signature fruit stem cell complex, organic avocado oil and pure dark cocoa (plus some other tinggggs). So she's heavy in antioxidants and amino acids, leaving your skin soft and nourished.

So there you have it, my obsession with Andalou continues.

All the products are affordable and available online or at Priceline and Chemist Warehouse. Plus they're 98% nature-derived, non-GMO certified, cruelty-free, gluten-free, and have a large vegan offering.

Way too many bomb reasons to get your mitts on the brand; let me know your thoughts!