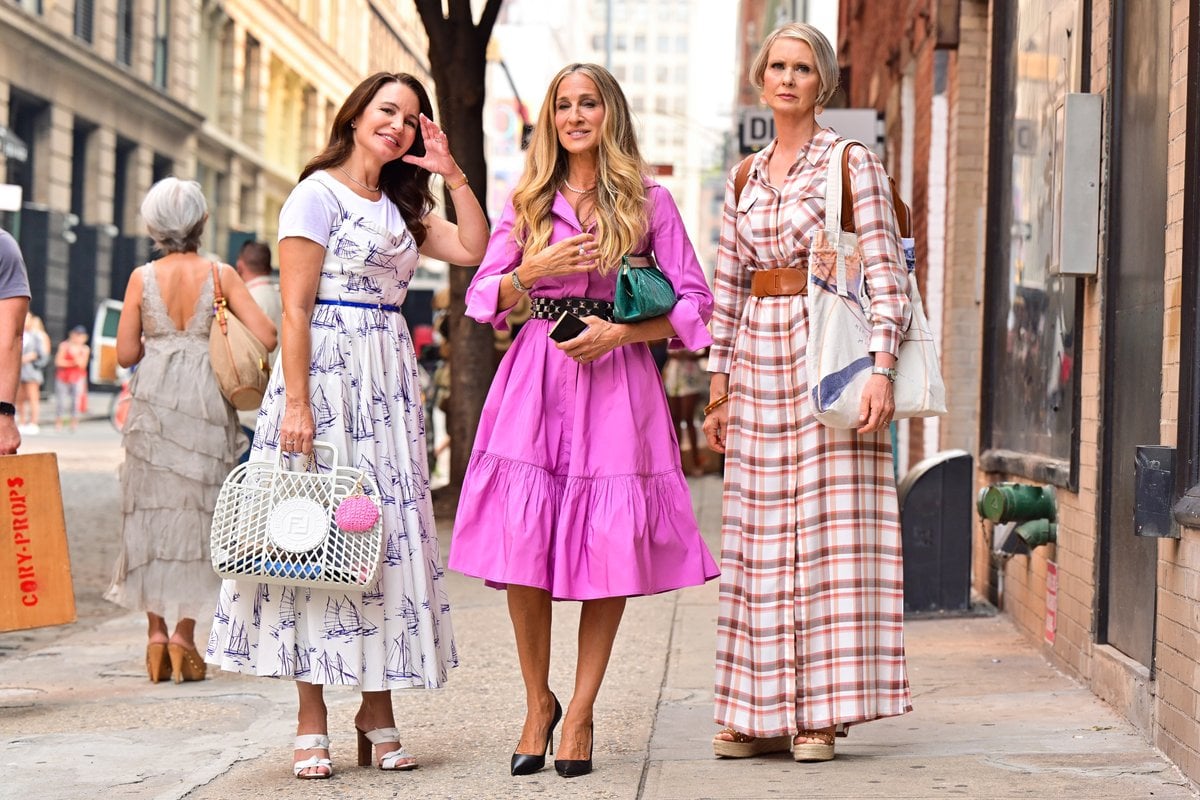 Carrie Bradshaw is back and the fashion alone is worth applauding. I even enjoyed the hat she wore in episode one that looked like a vulva.

However, while the show is clearly ready to tell new stories and has made an effort to diversify with additional cast members, there still isn't body diversity.

I’ll be honest, as a plus-size woman, I’m disappointed.

I was ready for a fabulous plus-size woman to lunch and strut with the girls.

I should start by saying that I love Sex And The City. I re-watch the series whenever I’m looking for comfort. I have seen every episode multiple times and I even follow Instagram accounts that show me how to replicate the fashion.

The show taught me about sex, dating, female friendships and empowerment. But I’m also aware of its shortcomings.

The first series was white washed, fat phobic and even homophobic at times and the movies are almost too painful to speak about. Remember when Samantha gained perhaps two kilos, and Charlotte, Miranda and Carrie were all equally horrified?

You could tell from the first episode of And Just Like That, that this new series was being approached in a more woke and mindful way. Carrie is on a podcast, Miranda’s acknowledging the Muslim ban and the supporting cast is far more diverse and reflective of New York City. 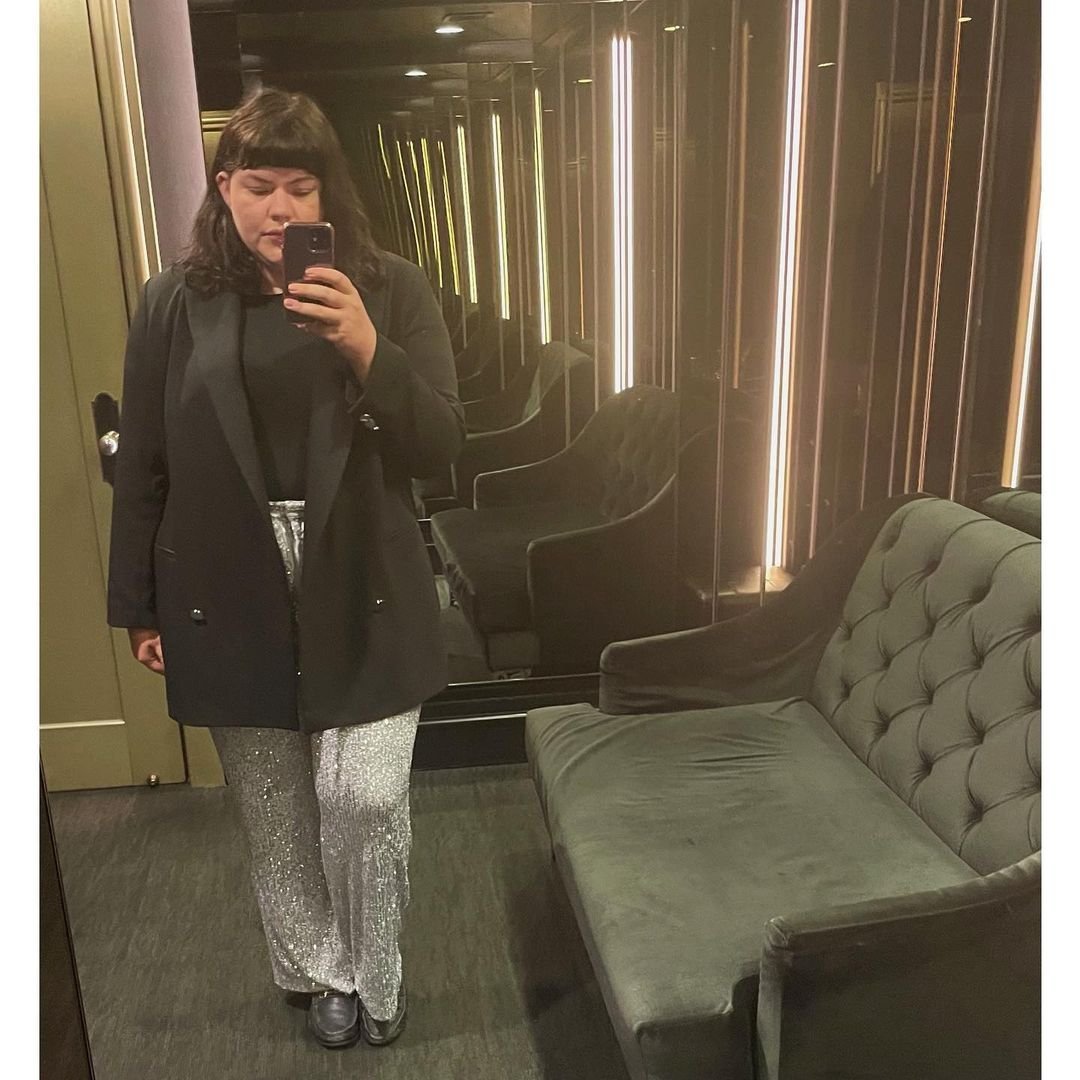 The only thing missing is a plus-size character and honestly, after the way they handled Samantha’s weight gain in the first movie it felt like we were owed a fuller figure.

To jog your memory she wore a crop top after gaining a few kilos and the other characters actually gasped in shock. It’s worth noting she was probably an Australian size 10 at most. 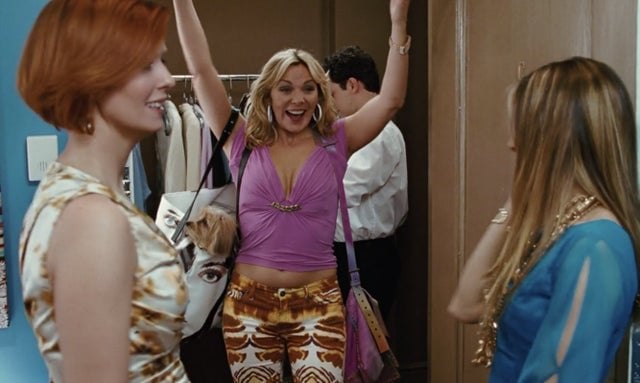 Samantha in Sex And The City. Image: HBO Max.

Clearly, the new show is trying to right previous wrongs or at least show growth. Introducing a fat character that was equally as chic as the main girls feels like a much needed addition. Particularly when you remember the way the show has handled the topic of ‘fat’ in the past.

You only need to re-watch the episode where Miranda joins Weight Watchers or remember when Samantha and Carrie giggled about Big’s wife at the time, Natasha, being ‘fat’ in college, to know that the show was not at all body positive.

(I actually recommend you don’t re-watch these episodes, they are cringeworthy.)

I especially wanted to see a plus-size woman in the reboot because I can’t think of an example on television where a plus-size woman has been positioned as a fashion icon on the show. Sure, we are seeing more body representation on our screens but none of the characters are known for being particularly stylish.

They are usually dowdy, think a lot of oversized clothing and clunky jewellery. Melissa McCarthy wasn’t exactly known for her fashion moments on Gilmore Girls or even in Nine Perfect Strangers. (Who can ever forget that swimsuit?) 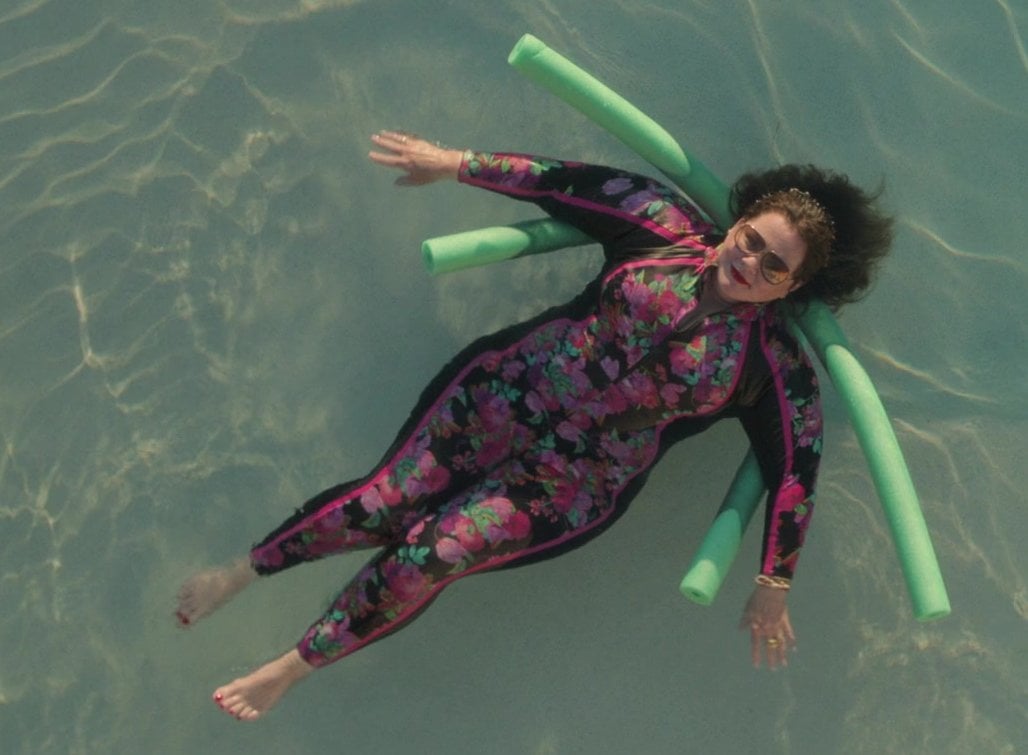 While the show didn’t introduce a plus-size woman into the mix, it’s actually something the public craves and in my opinion would have been genius casting.

Look at Instagram and TikTok. Both platforms are filled to the brim with plus-size women showing off how fashionable they are; from sharing outfit inspirations, to styling tips, to how to make trends work at any size. So many of these creators have also amassed huge and loyal followings because women aren’t getting this content anywhere else.

Obviously, the original Sex And The City was known for its fashion and pushing fashion boundaries.

But those clothes were always on standard sized woman and that offered a pretty limited perspective on how clothes fit and look. The reboot could have been an opportunity for the show to show great it looks on curvier women.

The demand is there. The public are craving plus-size fashion role models. It’s just that mainstream television is yet to catch up. And Just Like That could have been at the forefront of this movement. We could have seen episodes where Carrie and the gang have to grapple with skinny privilege as they realise their plus-size friend doesn’t have it as easy as them or doesn’t have the same fashion accessibility.

Listen to The Spill, hosted by Kee Reece and Laura Brodnik. Post continues after audio.

It really could have been an opportunity to have some really frank and honest conversations, and can you imagine the fashion potential? It would have also been incredible to see a woman that looks like me and so many other women being styled on a show like that.

Of course the times are changing. Dolce & Gabbana has released extended sizing and plus-size model, Ashley Graham, is one of the most famous and highly paid models in the world. But plus size women often still struggle to be seen as fashionable and trendy. It’s something I have experienced from friends telling me they are “surprised I’m so into fashion”, to an acquaintance rudely telling me, “you don’t dress like a fat person.”

There’s still an expectation that plus-size women are frumpy rather than fabulous and I think that’s partly because mainstream media isn’t showing people the alternative.

I’m aware that TV shows can’t address every social issue and perhaps the show will find its feet and a plus-size character will join the ranks.

But I won’t pretend I’m not disappointed. This show is bound to become a cultural touchstone and is promising to have conversations we aren’t seeing anywhere else on television.

I just wish that it was also leading the way in body diversity.

Reply
Upvote
1 upvotes
I totally agree that the show was ruinous for body image and terrible at representation- but in the end theres not that much they could do in the reboot, the actresses are still thin. I guess they could replace Samantha with a plus size actress but it would be pretty weird.

I think we should just make new shows with more diversity, rather than trying to diversify reboots.
L
littleblackdress a month ago