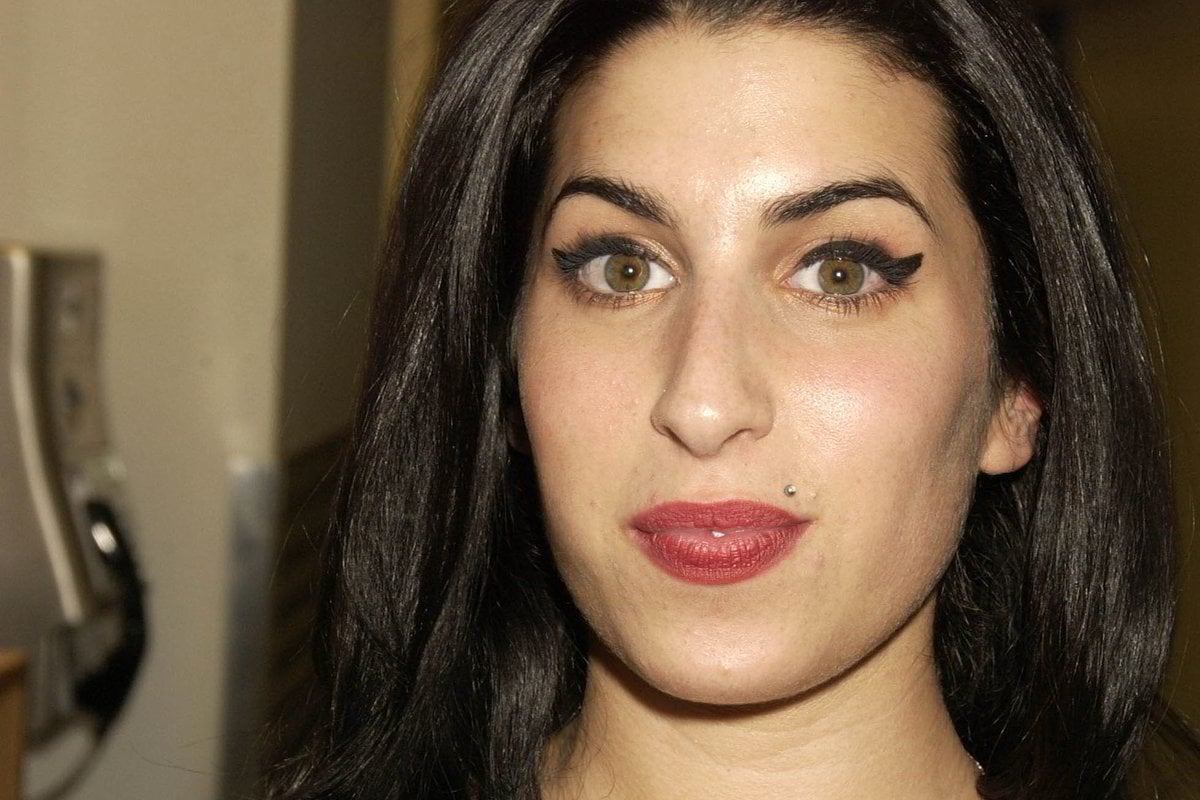 George W. Bush is inaugurated for a second term as President of the United States. A web platform named YouTube is launched. And 22-year-old Amy Winehouse finds herself at a crossroads.

If you live in the UK, you probably already know her name. You think of her as that singer who wears thick black eyeliner and always wears her hair in a beehive. She's been nominated for a few awards and everyone's calling her a "rising star".

Watch the trailer for 'Amy', a 2015 documentary about the life of Amy Winehouse. Post continues below.

What you don't know yet is that in February, her grandmother got sick. And then she met a man at a pub named Blake Fielder-Civil who is addicted to heroin. Winehouse, the distractible girl from north London with a voice critics say they've never heard before, tries the addictive drug for the first time.

Her manager Nick Shymansky says: "I’d never seen such change in a human being. All of a sudden I was getting calls in the middle of the night – she’d be absolutely f*cked, no idea where she was, asking me to come and get her. I’d be driving around Camden to see which pubs still had their lights on. She knew she couldn’t control it.”

Her grandmother dies, and then Fielder-Civil decides to end their relationship and get back together with an ex-girlfriend.

But it's what happens next that's considered a "watershed moment" in the life of Winehouse.

Her struggle with addiction escalates to the point where her manager has to intervene. A year later she'd write a song about it called 'Rehab'.

Shymansky takes her to a clinic and speaks to her father. It's decided that rehab is the best place for her right now.

Here's how Shymansky retells it: "I'd taken her to the clinic and I'd spoken to her father, who was completely behind the idea, and the only thing she wanted was to look him in the eye and hear him say it. So I drive her over to Mitch's place, called before I left, and he completely assured me that he backed the plan. Then when we got there, he did the total f*cking opposite." 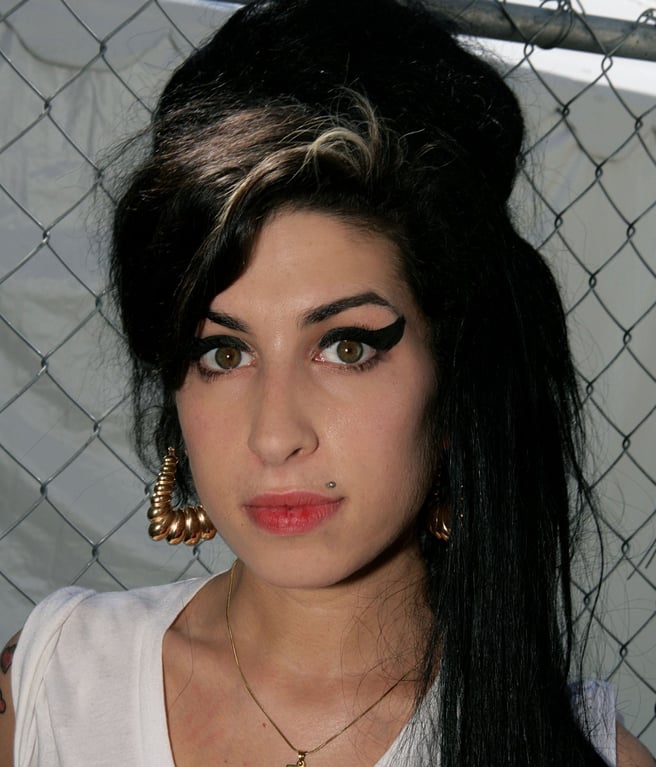 Winehouse did not go to rehab. Instead, she made a second album called Back to Black. Her father, among others, encouraged her to work rather than seek help. Back to Black became one of the bestselling albums in UK history. The single 'Rehab', won every Grammy, was performed at every festival, and was named the best song of 2007.

It's widely suspected that if Winehouse had not made that album – if she'd sought help for her health problems instead – she'd still be alive today.

At a time when we're deciphering Britney Spears' 'secret' messages, it's worth taking a look at the lyrics to 'Rehab'.

It was Winehouse's father who echoed the words, "no, no, no", which were responsible for both her professional rise and personal fall.

Years later, Winehouse holidayed to Saint Lucia in an attempt to escape tabloid scrutiny. Cameras eventually showed up. And it was her father who brought them.

He was filming a reality television show about his daughter's struggle with addiction.

In footage from the time, Winehouse can be heard saying: "Why have you done this to me? You have to come out with a camera crew! Are you only interested in me for what you can get out of me?"

When his documentary eventually aired, Winehouse tweeted about it, criticising her father's decision to use footage of her taken without her consent on national television.

A sound engineer who Winehouse worked closely with has referred to her father as a "gold digger". Many say that he disappeared from her life as a child, but made a swift return once she started making money.

That is not to say that her death can be blamed on her father. She ultimately died of alcohol poisoning. At the time of her death she was also living with severe bulimia.

But what this moment illustrates is that at a time when Winehouse was sick, people around her – her father included – could see there was still money to be made.

The same moments exist in the lives of Britney Spears. Kanye West. The late Swedish DJ Avicii. At times when their needs are so starkly human, they are being sold by those around them as a product. There is a turning point in the lives of so many celebrities, where their humanity is traded in for capital, when flesh and blood becomes a commodity. 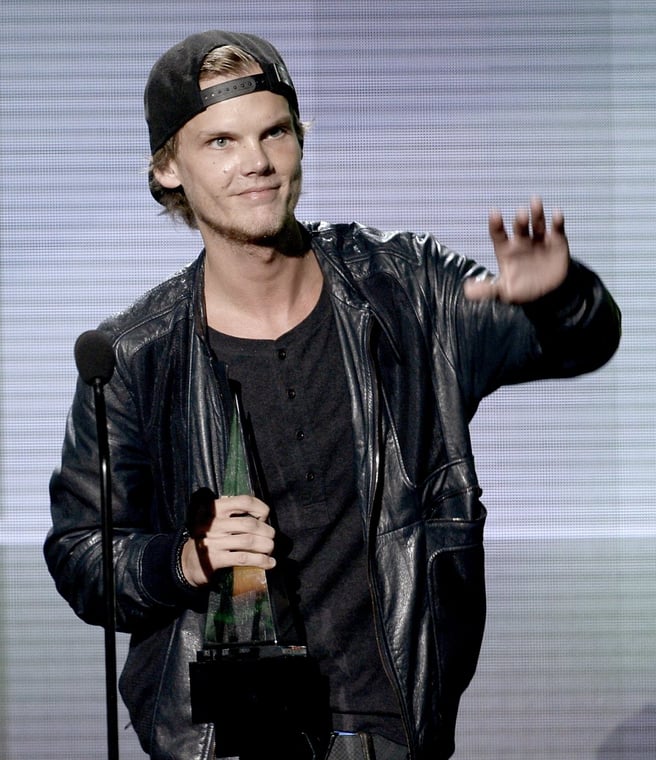 In 2007, when Britney Spears experienced a mental health crisis on the world stage, it was her closest friends who tipped off the paparazzi. She was chased into public restrooms. Photographed inside an ambulance. In the more than 12 years since, she's been placed under a conservatorship, deemed too unwell to access her own finances. Somehow, though, she's not been deemed too unwell to work.

While Spears is said to be unable to make rational decisions, she's written, released and promoted four new albums, which have made hundreds of millions of dollars. She's done three worldwide tours, a four year Las Vegas residency, released perfumes and a lingerie line, as well as working as a full-time judge on X Factor.

Over the weekend he held his first presidential rally, despite growing concerns for his wellbeing. Earlier this month, a Forbes interviewer described the rapper as "rambling" for four hours. Many of his thoughts were borderline incoherent. We also know that Kanye West lives with bipolar disorder, characterised by manic episodes which include high energy and a loss of touch with reality. Despite the fact West is exhibiting signs of mental illness, someone organised that presidential rally in Charlestown, South Carolina. Someone booked the venue. Someone likely drove him there. Surrounded by dozens of people, it's unclear why no one thought it necessary to protect him from himself.

This is a man in need of medical treatment. Not a microphone.

Tim Bergling, whose stage name was Avicii, rose to prominence in 2011. He reached a level of success no one could have anticipated with 'Levels' and 'Wake Me Up', making him one of the highest paid DJs in the world. By 28 years old, Bergling had performed 830 shows. His profitability to those around him – agents and managers – was increasing, while his mental health was deteriorating. Despite his protestations, Avicii was sold and sold and sold, working through health issues so severe he had to have his gallbladder and appendix removed.

His music – the stadiums he filled and the albums he sold – just like Winehouse, cost him his life. Even in death, people are still profiting off their music.

It was nine years ago today that Winehouse died.

When a documentary about her life was released in 2015, there was a sense of collective guilt that during times of personal crisis which played out publicly, very few people seemed especially concerned about her.

And yet here we are in 2020. Kanye West running for President. Britney Spears unable to buy herself a coffee. Avicii dead almost at the same age as Amy.

While individuals suffer in front of millions – then captured by paparazzi, now on Instagram and Twitter – money is still made, and put into other people's pockets.

That's the trouble with fame.

A person becomes a product worth a lot of money.

And it's only a matter of time before the person is willingly sacrificed for the product.