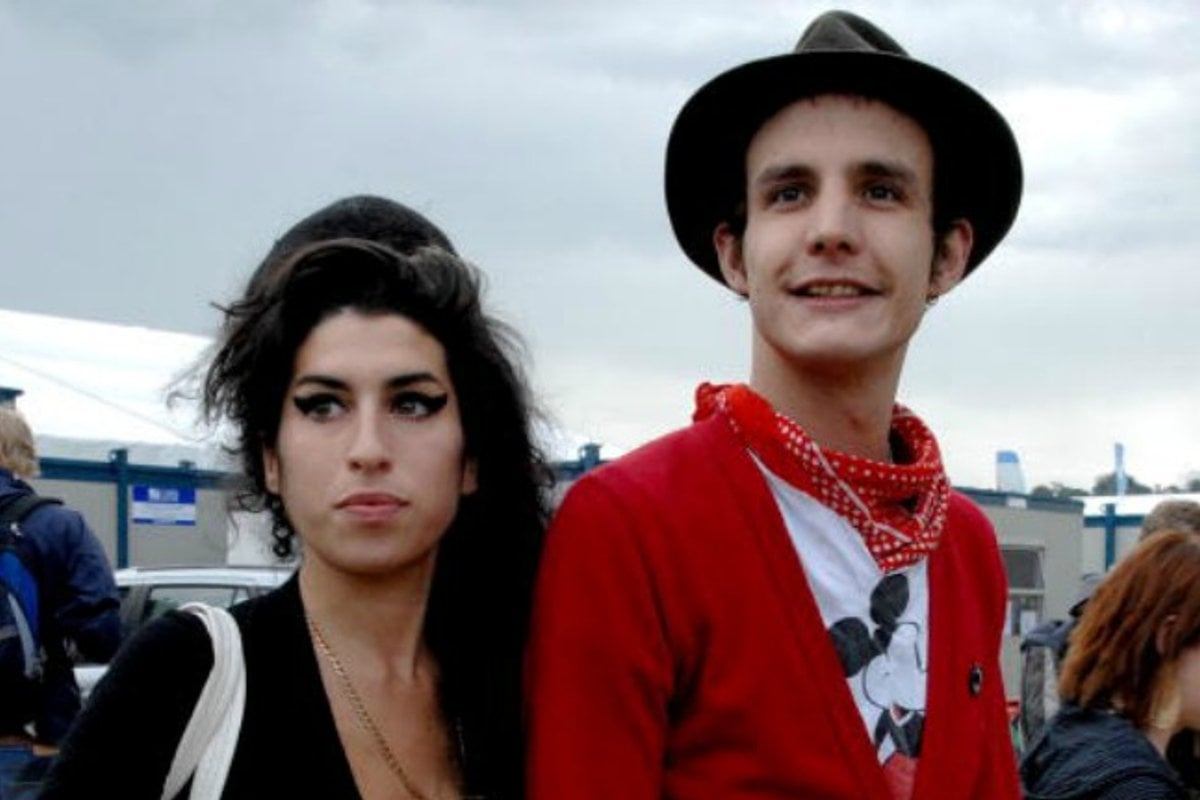 Amy Winehouse met Blake Fielder-Civil in a London pub in 2005.

Winehouse was in the early stages of her music career, having only released her first album Frank, while the tall and tattooed Fielder-Civil made a living by handing out flyers for local nightclub, Trash.

The pair had a drink, played pool together and took over the jukebox.

Fielder-Civil was in a relationship with someone else at the time, but within a month of meeting, he and Winehouse were an item.

She had 'Blake' tattooed on her chest. He got 'Amy' inked behind his ear.

Over the summer of 2005, Fielder-Civil became a big influence over the 22-year-old singer. She refused to go places without him; he was by her side 24/7.

But just six months into their whirlwind romance, Fielder-Civil broke things off, going back to his ex-girlfriend.

Watch the trailer for the 2015 documentary, Amy. Post continues below.

During a holiday with one of her best friends in St Lucia, Winehouse got a voicemail from Fielder-Civil saying he didn't want to leave his girlfriend. He thought they'd be better off as friends and refused to see her.

In the 2015 documentary Amy, her then-manager Nick Shymansky explained that Winehouse got her revenge on Fielder-Civil by sleeping with his best friend.

"I knew it would be the nail in the coffin," Winehouse said during a clip shown in the documentary.

"I knew he wouldn't be able to talk to me again, and I knew I had to do it because I knew one of us had to finish the other one off."

"It was hard, repeatedly. When it finished, I was nuts. I just went mad."

When Winehouse's friend Lauren went to visit her not long after their holiday, the singer was spiraling.

“So we’ve gone round there and it looked like people had been squatting in her house. It stank, it was dirty and she was lying on the bed,” she said in the documentary.

"We worked [until] three in the morning and cleaned the whole house up."

Winehouse's manager staged an intervention, saying her drinking had become out of hand and she needed to go to rehab.

Winehouse agreed under one condition: she would go if her dad thought she should.

"What her father did there was give her a free pass... And she latched onto that. Of course she would, she's an addict, and she needs support," psychologist Dr Peter Hughes told Mamamia.

"I think the process of rehabilitation would be very difficult because it wasn't just her father, of course, it was her relationship with Blake, and marriage to Blake. It was toxic.

"They were co-dependents. Each one drove the other on to greater excesses."

Instead, Winehouse channelled her heartbreak into her work and it was during this time that she penned most of the songs on her iconic Back to Black album, including the hit-single, 'Rehab'.

In October 2006, Back to Black was released. Winehouse became a superstar, appearing on the cover of every magazine and appearing on every talk show.

The then 23-year-old also started earning truckloads of money.

Within six months of Back to Black's release – an album that detailed from start-to-finish her excruciating heartbreak from her relationship with Fielder-Civil – they were back together. 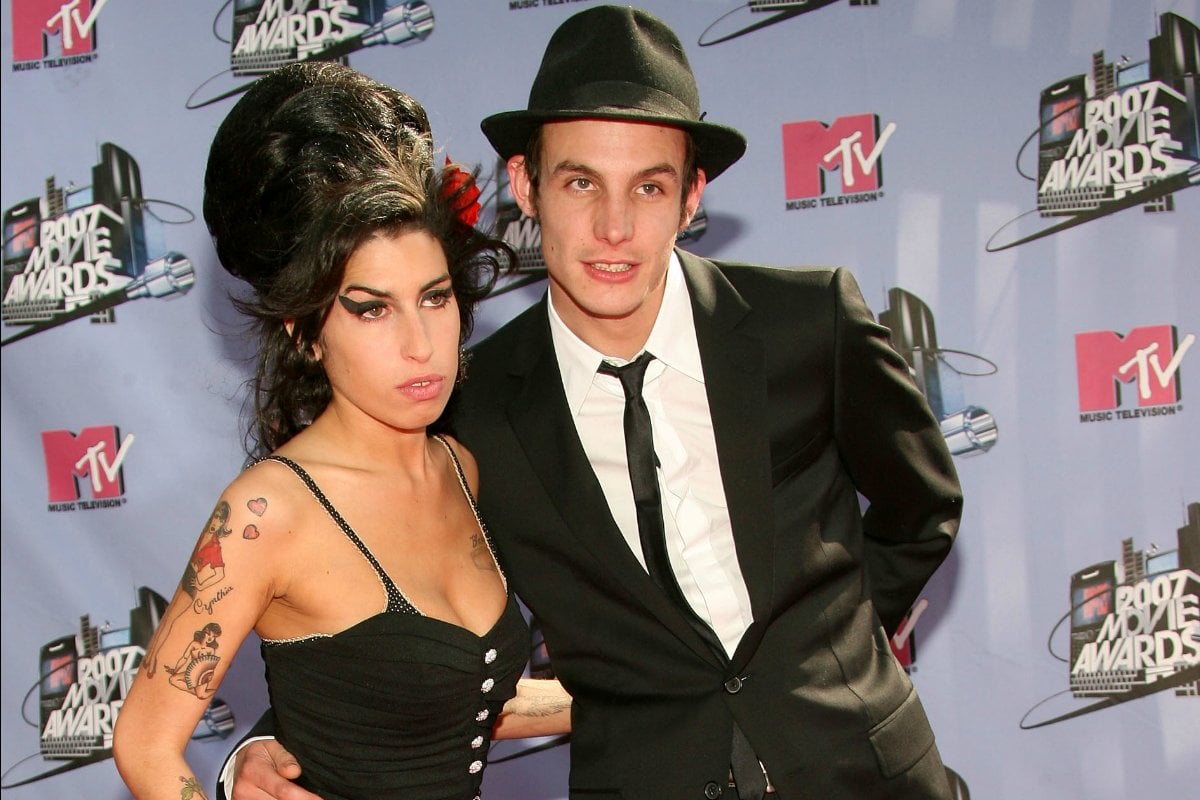 The couple announced their engagement in April 2007 and shocked their families and Winehouse's fans by eloping the following month. They married on a boat in Miami with only a court clerk to officiate.

In a matter of weeks they came home and Winehouse tried crack cocaine and heroin for the first time. They were Fielder-Civil's drugs of choice.

It was then she changed. And noticeably so.

Appearing on Mamamia's podcast Extraordinary Stories: 'I Told You I Was Trouble' - The Amy Winehouse Story, Mamamia's Commissioning Editor, Polly Taylor, said she attended one of Winehouse's concerts soon after she got married to Fielder-Civil.

She has seen her perform before; but this time was different.

"It was another small venue up north in Sheffield and it was a completely different story," Taylor said. "She was clearly drunk or on something from the moment she walked onto the stage."

"She was swaying, swearing, she had a drink in her hand the whole time. She completely missed words, she was all over the place.

"You could feel the atmosphere in the room and the crowd in getting frustrated. It just wasn't enjoyable and it was really uncomfortable to watch." 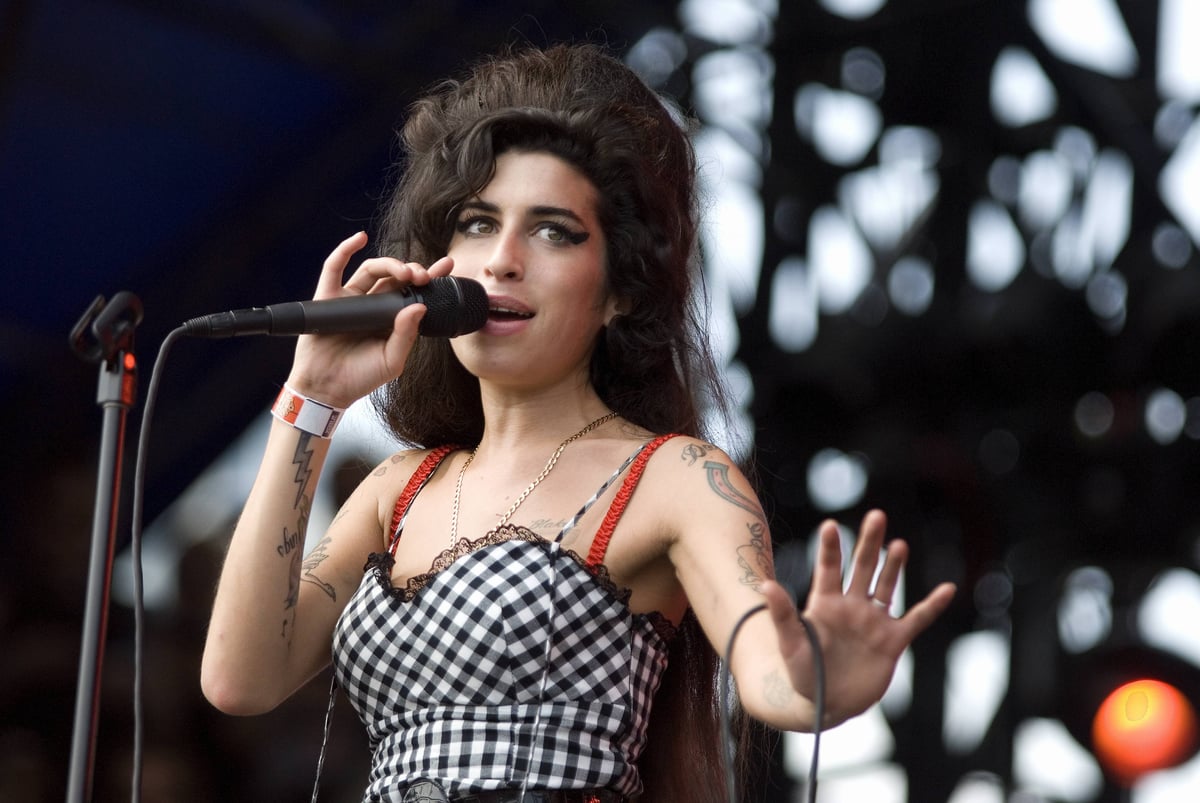 Then, just six months after the couple got back together and married, Blake was arrested, charged with attacking a pub landlord and later perverting the course of justice by trying to bribe a witness not to turn up in court.

He was jailed for 27 months.

Meanwhile, Winehouse continued to sell millions of records, winning five Grammys including best new artist, song of the year, and album of the year. She dedicated her awards to her parents – and to Blake.

But after spending time in rehab and then in St Lucia, Winehouse began to realise just how toxic her marriage was.

Shortly after his release from prison, Fielder-Civil filed for divorce, citing adultery. The papers also stated that he found it "intolerable" to live with the star. The divorce was granted in July 2009.

Winehouse continued to struggle with her drinking. Her European tour was cancelled after a shambolic gig in Belgrade, in which she threw her microphone to the ground and walked off stage.

A month later, the singer was found dead in her bedroom by her live-in bodyguard.

At an inquest, the cause of death was revealed to be alcohol poisoning. After being informed by prison officials of Winehouse's death, Fielder-Civil told The Sun newspaper: "I’m beyond inconsolable...my tears will never dry."

For more on Amy Winehouse, including her final years, listen to Extraordinary Stories: ‘I Told You I Was Trouble’ - The Amy Winehouse Story here.