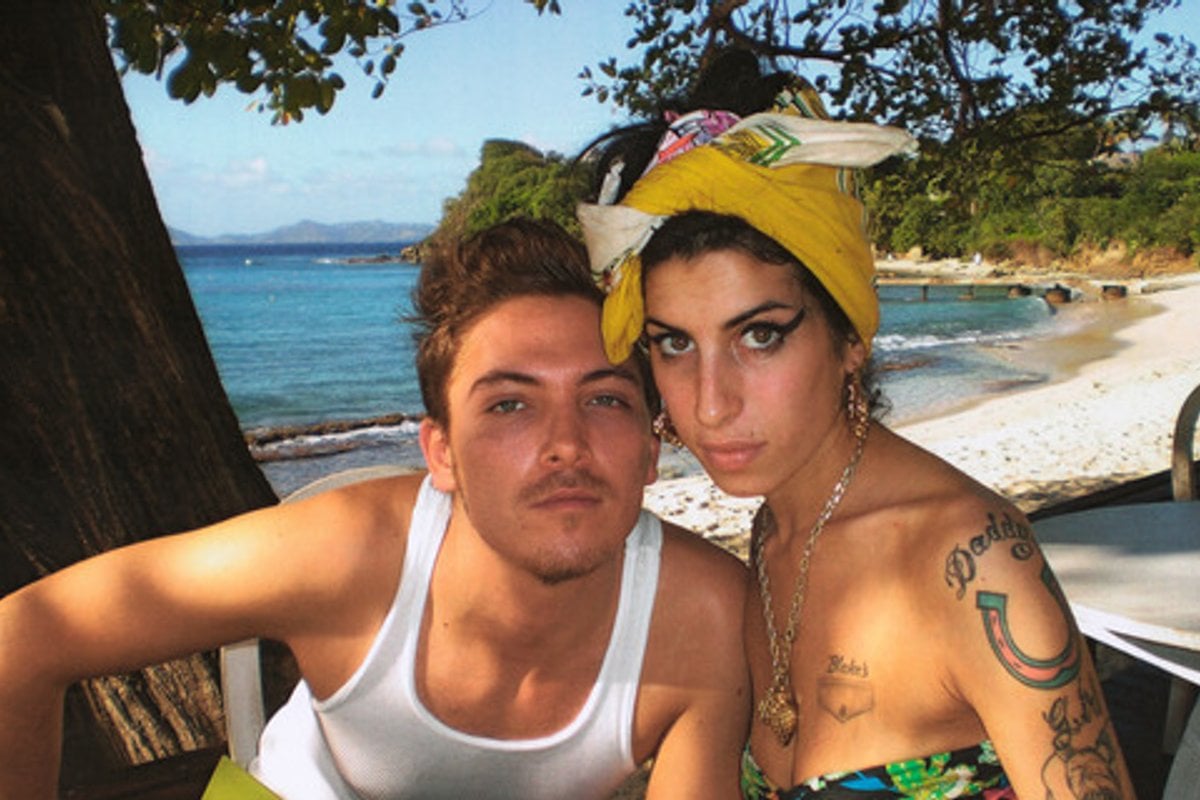 This is an extract from 'My Amy' by Tyler James.

Her voice said, like it always did: ‘You alright darlin’?’

I wasn’t alright. Because she wasn’t alright. Nothing was alright. Last night I’d walked out of our home in Camden Square, the last of countless homes we’d lived in together since Amy was eighteen years old.

We’d been best mates since she was twelve and I was thirteen, inseparable soulmates forever. Walking out was a new tactic for me. I’d tried everything else.

After years of trauma, of trying to save Amy, I was running out of ideas. So now, every time she relapsed, I’d leave because I wouldn’t support her drinking.

Sometimes I was there but she wouldn’t know it.

I’d sleep under a blanket on the treadmill in the gym downstairs to get away from the noise: she’d scream my name, blare music, play the zombie film Planet Terror on a loop all night long, blasting it out of her speakers.

But mostly I’d go to my mum’s in Essex for two, three, four days. Then Amy would ring.

And it worked. It was working. She was getting better.

She went three weeks without a drink, four days back on it, three weeks off again. Every day she was sober she was in the gym, on the treadmill, rebuilding herself. 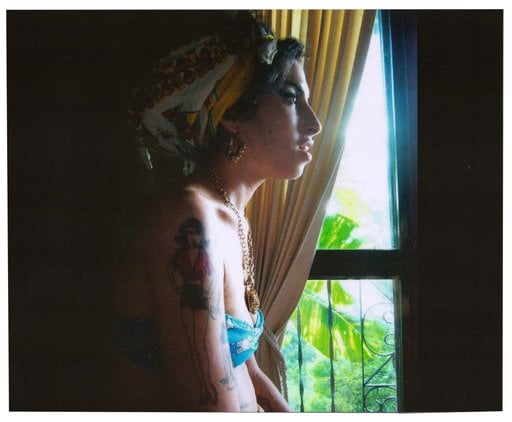 It was a pattern but she was close. So close. She was even writing music again. She hadn’t touched hard drugs, despite what the tabloids said, for three years.

So I’d walked out of Camden Square, again, at ten at night.

I sat, exhausted, outside a local pub and was about to call an Addison Lee taxi to my mum’s. But this particular time I had a feeling that I shouldn’t just leave like I usually did.

Something in that moment was different; there was some awareness that wasn’t on the surface.

I was usually calm with Amy, I never wanted to make her feel bad because I knew that didn’t work with alcoholics – back in the day, if someone screamed at me when I relapsed, it would only make me want to drink more.

But this time? I thought f**k it. I need to be something else: hardcore.

I opened the door with my keys, went upstairs to her bedroom on the top floor and she was doing all the stuff she normally did when she relapsed: listening to music really, really loudly from speakers linked to her laptop.

It was usually Mos Def; right now it was The Specials’ ‘Ghost Town’ blaring out. I stood at her open door; she was pottering around, drinking wine, going in and out of her en suite bathroom, singing, obviously feeling normal and good again because that’s what alcohol does when you’ve been craving it. I just lost it. I flipped. ‘None of this is normal, none of this is good, none of this is funny, it’s all bollocks!’

I knew I’d piss her off. I was never really angry with Amy, I always supported her, helped her, loved her – but I’d had enough. I went over to her laptop and slammed the top down, shut everything off.

I sat on the end of her bed and this time I was screaming. ‘You can’t drink, this can’t happen anymore! We can’t just keep going through this process! Relapsing, relapsing, relapsing, we’ve been in and out of hospital so many times, the doctors have said you can’t drink anymore or you’ll die. They’ve sent you letters telling you that. This is no longer an option! Do you realise what you’re doing to me?’

I was the only friend she had left by then, the only person around her all the time who wasn’t paid to be around her.

Everyone else in her life had bailed out. However much they loved her they couldn’t deal with her. No one else was there every day supporting her. I went to a level I’d never been to before.

‘Forget you for a minute, do you ever contemplate what will happen to me and my head and my life if you’re not here anymore? If you die? You love me, your best friend in the world. But you’ll blow me to pieces. You may as well get a fucking shotgun.’

She had a little living room off her bedroom where I was pacing round, pulling my own hair out the back of my head.

‘I dunno what to do with you anymore! I’m out of ideas, you don’t seem to get it!’

She tried to convince me everything was alright.

She was always trying to be the person she thought she had to be: this character called ‘Amy Winehouse’. And by now I had a mantra: ‘It’s better to be alive being Amy than to die trying to be “Amy Winehouse”. F**k Amy Winehouse, it’s a character, f**k that persona!’

And then she said what she always said: ‘T, I’m not going anywhere.’

All I had left was my new tactic: ‘Unless you stop drinking right now, I’m going.’

It was all so routine. I just picked up my case and left. I had to. I couldn’t let her think any of this was OK or just put up with it and do nothing. Like some people around her often seemed to.

The next day there was the call. ‘You alright darlin’?’ I knew it would be a long conversation, so I walked down to the end of the road at my mum’s where there’s an enclosed field surrounded by bushes.

There was no one there but me. I could tell she’d only had a couple of drinks. It was lunchtime.

It was a weird conversation. She talked to me about me. I think she was trying to say sorry. She knew how much I gave to her. I gave her my life. She was grateful and part of her felt guilty. She was telling me again, ‘I’m not going anywhere T, I’m gonna be alright.’ But this time she was also saying, ‘But this is what I want for you.’ She wanted me to make music again and I wasn’t interested. I’d no desire to be famous after everything I’d seen. She’d said herself for years, anyone who wants to be famous must be mad. She always used to say: ‘Fame is like terminal cancer; I wouldn’t wish it on anyone.’

And she wanted that for me too. She wanted someone to love me. She said, ‘T, I want you to fall in love.’ She’d never seen that happen for me because I was always looking after her. I was twenty-nine and I’d never had a proper relationship – when would I have had time to meet anyone? I barely had any other friends because Amy always came first.

‘Well I’m not coming home now. I’ll come home tomorrow.’ There was no point going back that night – I could tell she was just going to carry on drinking. She rang me again much later very drunk, maybe eleven o’clock, chatting nonsense.

I fell asleep on my mum’s couch.

Around 2.30 a.m. she rang again. I was exhausted and just didn’t answer. Pointless, she wouldn’t even remember it. I went back to sleep.

The next day, I went home to Camden Square. Before I went in, I sat on a bench in the square for ages, preparing myself for the days ahead. I rang my friend Chantelle and all we talked about was Amy. I was exhausted and she was trying to help me.

‘You need to start looking after yourself,’ she kept saying, ‘I love Amy to bits too but you can’t do this anymore.’ But this was what I did. And I’d keep doing it until Amy had cracked it.

I got up, keys in hand, and walked up the steps to the front door. This hadn’t been any different to any other relapse and I knew what was coming next: she’d wake up, she’d want to be sober, I’d take her to hospital for alcohol withdrawal and we’d start the whole process again.

Amy rebuilding herself for weeks, on the treadmill, being healthy again, being funny again, back to her brilliant self.

And maybe this time would be the time she stayed sober forever. It would happen to her like it had happened to me, that was her goal, she said it a million times: ‘If Tyler can do it, I can do it.’ Our lives were parallel like that, they always had been, since we were kids. We did everything together, me and her. It was always me and her. So I knew she’d get there eventually. 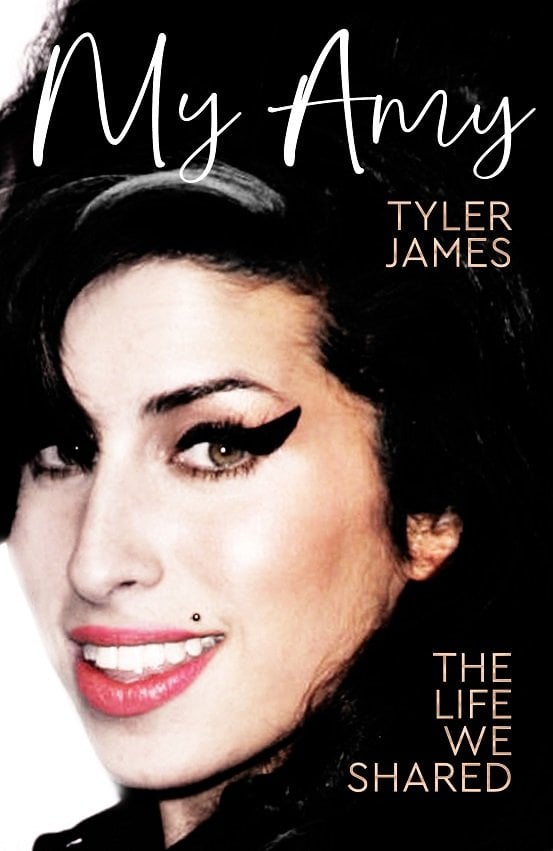 Reply
Upvote
3 upvotes
@mamamia-user-459038664 Ultimately she was destroyed by addiction. Unfortunately the same thing destroys a good many people, famous or not. Not condoning the treatment she copped from the media, but it would be wrong to suggest that her fame was the end of her.
M
mamamia-user-459038664 10 months ago

Reply
Upvote
1 upvotes
@mamamia-user-459038664 No doubt. Nevertheless, there's been this spate of articles about Amy this week trying to distill the reason why she died down to one causal factor (preferably not acknowledging the mundane and deadly nature of addiction). Fact is that addictions aren't simple, and she was socially and psychologically complex even before fame found her.
I also wonder if it would have been possible for someone with such rare and  extraordinary talent to NOT become famous.
C
cat 10 months ago