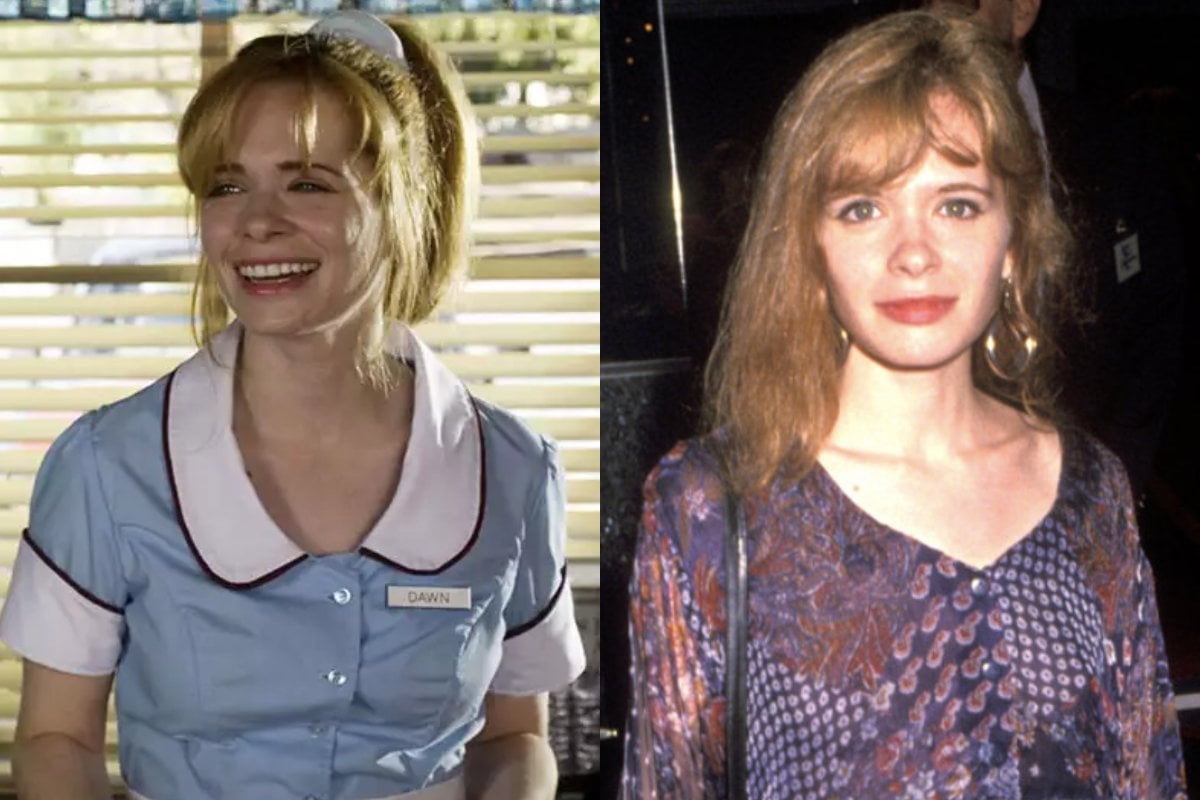 Content warning: This story includes graphic depictions of violence that may be distressing to some readers.

Sophie Ostroy is 18 years old. She has no memories of her mother, Adrienne Shelly. Shelly, a talented actress, writer and director, was murdered in 2006, just as her film Waitress was about to launch her into the big time.

Sophie grew up without her mother being there to see her first day at school or her first time riding a bike. In the documentary Adrienne, Shelly's widower, Andy Ostroy, shows photos of Sophie's childhood to Shelly's killer, Diego Pillco, currently serving time in a New York prison.

"Adrienne missed a lot," he says to the man who killed her.

Watch: The official trailer for Adrienne, an HBO original documentary about the life and legacy of actress, director, and screenwriter Adrienne Shelly. Post continues after video.

Shelly, who lost her own father when she was just 12, got her start in indie movies, starring in Hal Hartley's The Unbelievable Truth and Trust. More movie and TV roles followed, before then she moved into writing and directing. 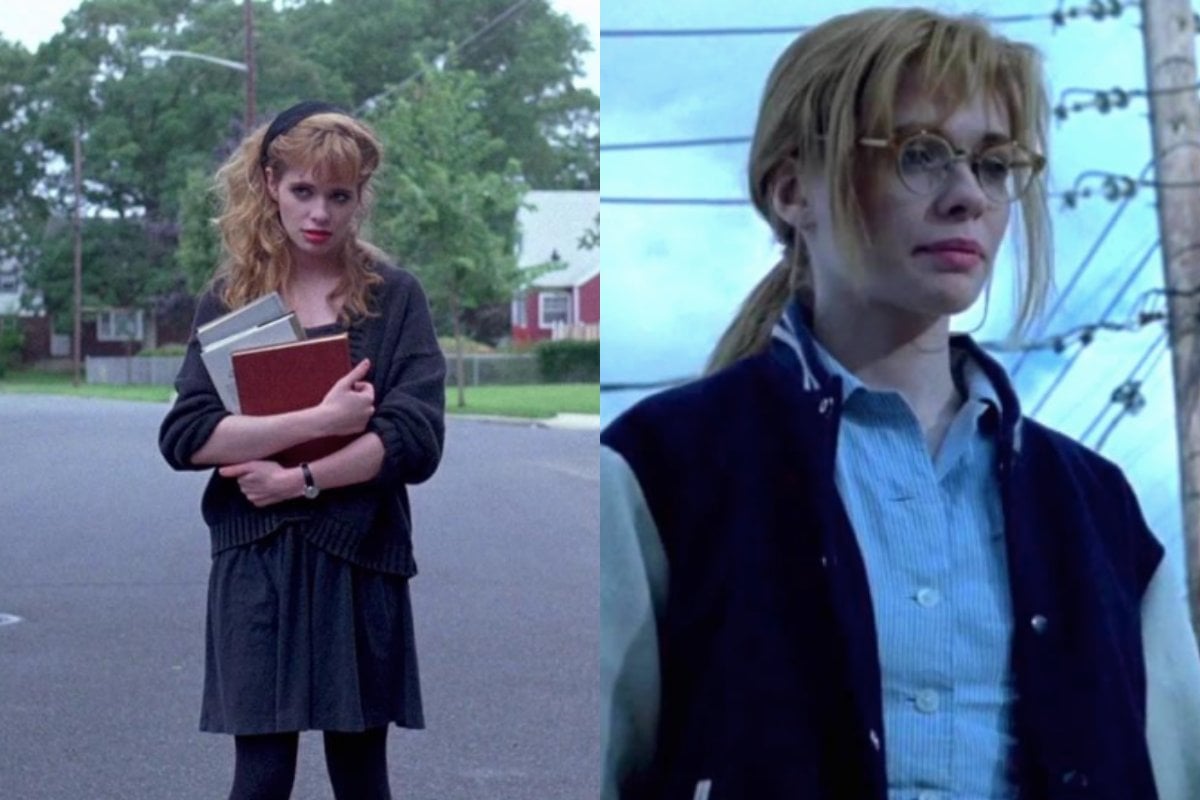 She met her future husband Ostroy, a marketing executive, on Match.com in 2001. The two married the following year, and before long, Shelly was pregnant with their daughter Sophie. While she was pregnant she wrote the script for Waitress, about a pregnant woman, Jenna, trapped in an abusive marriage in a small town. Then she directed the movie, taking on the role of one of Jenna's friends, while Keri Russell starred as Jenna. Shelly's daughter Sophie had a small role at the end, playing Jenna's daughter Lulu.

Shelly edited the film with Sophie crawling around her on the floor.

"She was joyful about being able to achieve her dreams and still be a mother who was still madly in love with her child," Ostroy told People. "She finally had it all."

On October 31, 2006, with Waitress just months away from being released, Ostroy, Shelly and Sophie were celebrating Halloween together. There's a video showing them at a party with friends, Sophie in a princess dress, Shelly saying that Sophie's favourite song is "Twist And Shout".

The next morning, Shelly went to work. Her office, where she did most of her writing, was in a nearby apartment. Ostroy didn't hear from Shelly all day, and neither did the nanny looking after Sophie. Getting a bad feeling, Ostroy went to the apartment where Shelly worked. The door was open. He went in and found his wife hanging from a shower rail in the bathroom.

But Ostroy and Shelly's family refused to believe that she would have taken her own life when she was loving being a mother so much.

"There's no way on this planet that she would have left that child," Ostroy said at Shelly's funeral. "Nobody is ever going to tell me that woman walked away from Sophie."

Carrying out a thorough investigation of the bathroom, police found something strange: a shoe print that didn’t belong to any of the police officers or emergency workers who had attended the scene. They found a match for it, in the apartment directly underneath. That apartment was being renovated, and one person working on the renovation was Diego Pillco, a 19-year-old illegal immigrant from Ecuador.

Police questioned Pillco. Detective Irma Rivera-Duffy told him that Shelly had a daughter the same age as his niece, and he confessed. He claimed that Shelly had come downstairs to complain about the noise coming from the renovations, they’d argued and she’d scratched him. He said he'd punched her, and she'd fallen, and, believing she was dead, he'd hanged her from the shower rail to make it look like suicide.

Rivera-Duffy tells Ostroy in Adrienne that she got a "nice cold chill" in the back of her neck when Pillco told her the story.

"I felt it was your wife thanking me for having had this guy confess so that your daughter didn't have to go through life thinking it was a suicide."

In court, Pillco changed his account of events. He said he'd gone into Shelly's apartment and she'd caught him stealing money from her purse, and she'd picked up her phone to call the police. He'd covered her mouth, then choked her with a sheet and hanged her.

They sentenced Pillco to 25 years in prison.

Waitress premiered at Sundance in January 2007.

"When the film started, you could hear a pin drop because you saw Adrienne's face on the screen," Cheryl Hines, who played another one of Jenna’s friends, told Insider. "And it was like a gut punch." 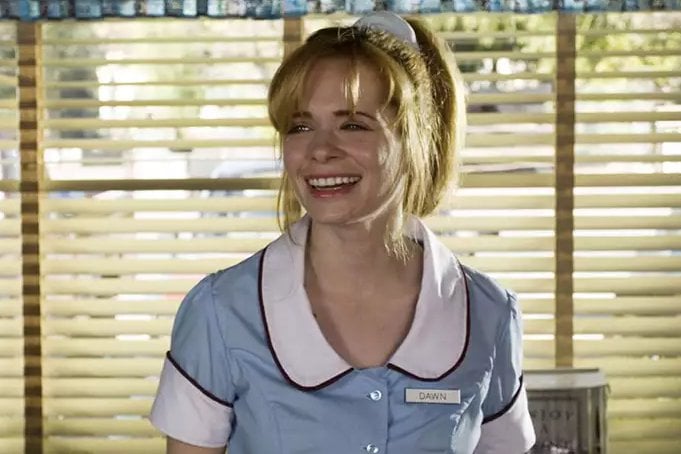 Fifteen years after the film's release, Ostroy told Insider that the scene that had the most impact on him was at the end, with Keri Russell walking away from the diner, with a very young Sophie playing her daughter.

"And Adrienne's waving goodbye," he said. "It was like art imitating life."

Waitress got warm reviews and was a success, making more than $US20 million at the box office, after being made for just $US1.5 million. A few years later it was turned into a musical with songs by Sara Bareilles that ran on Broadway and was nominated for four Tonys and a Grammy.

Ostroy told Elle that conversation made him realise he had to make a documentary about his wife. It took him nearly four years.

"The process was brutally emotional at times," he told Forbes. "Especially during editing. For over a year, I was immersed in footage of Adrienne."

Ostroy wanted to meet Pillco to find out the truth about Shelly's death, but also to "humanise" Shelly for her killer, "to paint a visual picture for him that would haunt him for the rest of his life".

Sophie helped make the documentary, doing behind-the-scenes photography and additional camera work. When it was released last year, Ostroy said it was "the greatest gift" he could give his daughter. 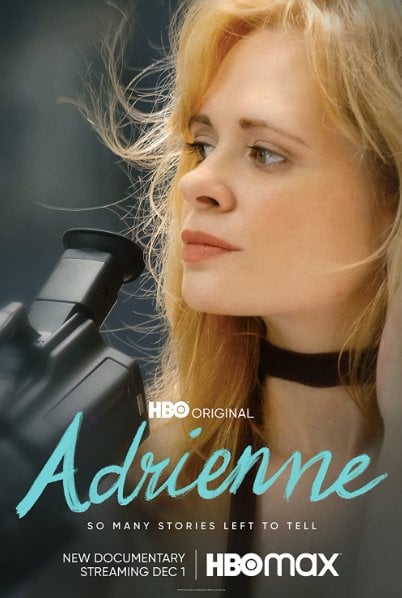