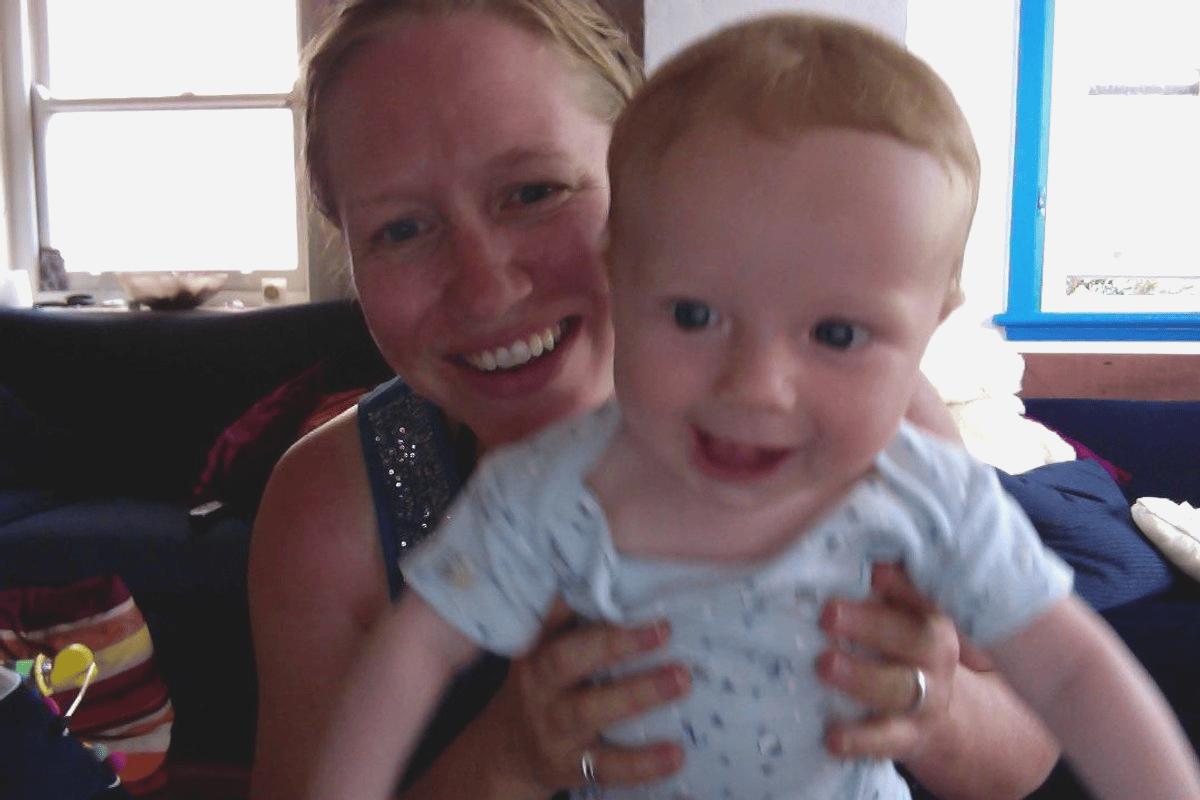 Too much red cordial and not enough discipline.

I don't want that boy in my daughter's class again next year. How's a teacher supposed to teach the other kids?

Some kids are just little shits, aren't they?

You wouldn't want to drug a child, would you?

I'm tired of hearing the way people talk about children like my son.

Brilliant, funny, emotional, smart whirlwinds of humans, they can be. But that's not how people see them.

Maybe not even how you see them. Especially, you know, before you know.

Maybe you only see the chaos, the frazzle, the meltdowns, the anxiety. The loud house, the dreaded phone calls, the 'What has he done, now?"

Maybe you only feel the embarrassment, the shame of having a kid who's not like the others, who you can't 'trust' to be predictable in public.

Maybe sometimes you just see a kid spinning, sometimes literally, trying to hold on to the train of thought they were following... somewhere, to do something.

And then other times, you lie next to your boy, trying to calm him to sleep and he says, "Why does an hour sometimes feel like a day but other times like a minute? And why does a week sometimes seem like a year but then I feel like it was only five minutes ago that I woke up but that must have been a day ago because now I'm going to bed but my brain feels like orange fire and I can't put it out. I don't know how to tell how long I've been lying here now. Has it been a long time? Or a little time? An hour, or a minute?"

National Too Much Red Cordial Month, to the ignorant.

And I marked the first week of this month with a heart-lifting conversation with a woman who knows more about it than many. Certainly more than I do.

Lou Kuchel is the Founder of Parents for ADHD Advocacy Australia. 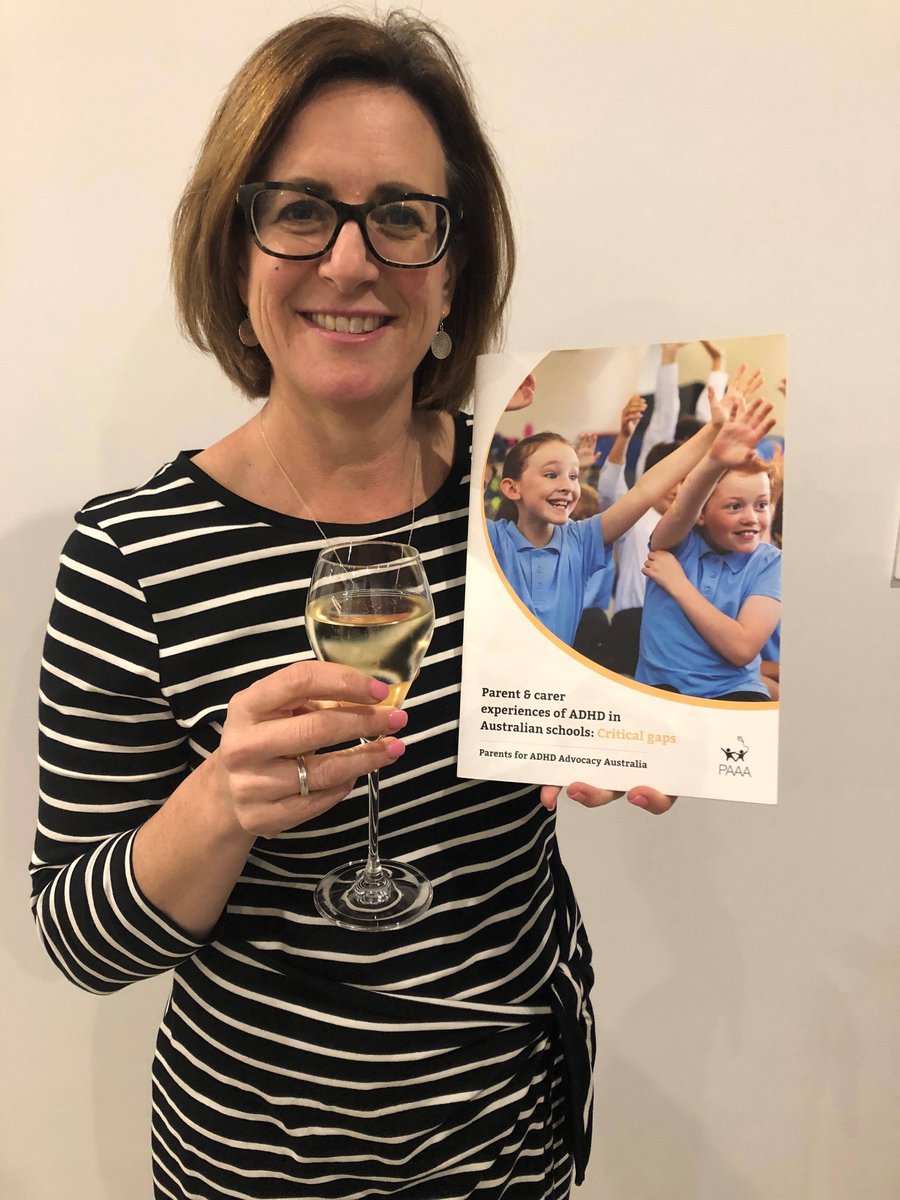 Image: Supplied I heard Lou on the Too Peas In A Podcast, erm, podcast, a while ago.

If you don't know about the Peas, they are two women called Mandy and Kate who started a podcast aimed at parents of children with additional needs.

Just a little side project for two women who understood the need for those parents to have a voice, a safe space, a community, and a laugh.

These days they're super-famous and on the telly and everything, but anyway, I digress.

The reason I wanted to talk to Lou for an interview on our family podcast This Glorious Mess about ADHD was because she represents a way of talking about children like my son that makes me want to hug her.

She talks like someone who understands. Because she does.

She knows that "ADHD is not a deficit, it's a difference."

She knows that kids with this condition are not the 'naughty' ones in class. They're the ones trying especially hard to appear "normal".

And she talks about the positives of having neuro-diverse kids. The upsides of ADHD. How our kids are extraordinary. The benefits of hyper-focus.

Lou makes families like mine - and so I assume, many others - feel less alone.

Listen to Lou and Holly on This Glorious Mess, Big Kids. Post continues below.

Now Lou would point out that there are many, many other people working to improve the lives of kids with ADHD. And I would like to point out that I very aware that any experience I have with my own child (who, like many ADHD kids, has a dual diagnosis, so is not typical, if there's such a thing as typical) is only my experience, and not representative of every child or every family's experience.

But with all that said, there was something about getting to talk to Lou that made me want to tell you all about her.

Because she's one of those women. The warriors. The ones who don't walk past an injustice.

The group that Lou's formed has taken on big and 'small' challenges. They lobby for less suspension and exclusion of neuro-diverse kids in schools.

And when a member took her child to see the musical Charlie And The Chocolate Factory, she saw a scene where one of the 'naughty' kids, Mike TV, was tied to a chair and force-fed 'Ritalin' for breakfast.

"The ADHD kids in the audience look up at their mum and they're like, 'They're talking about me. That's my life'," says Lou. "That naughty, bad kid whose got faults, they're saying that's me.'"

Lou's group took that all the way to Warner Bros and got the script changed. Yup.

We're not all Warrior Women.

It's not a status that comes automatically with a "different" child. Some of us are overwhelmed, confused, non-confrontational. Some of us are learning ourselves, coming to terms with what we never thought we'd have to.

And that's okay. Because our primary role is to teach our 'different' kids that they are deeply, deeply loved. And to support the women who support us.

Awareness-raising can feel tired and token. But stigma leads to silence, and silence leads to isolation and despair. Little boys like mine - with his relentless curiosity, his original thinking and his ridiculous sense of humour - don't deserve to be shunned and judged. They mustn't retreat and withdraw into their labels.