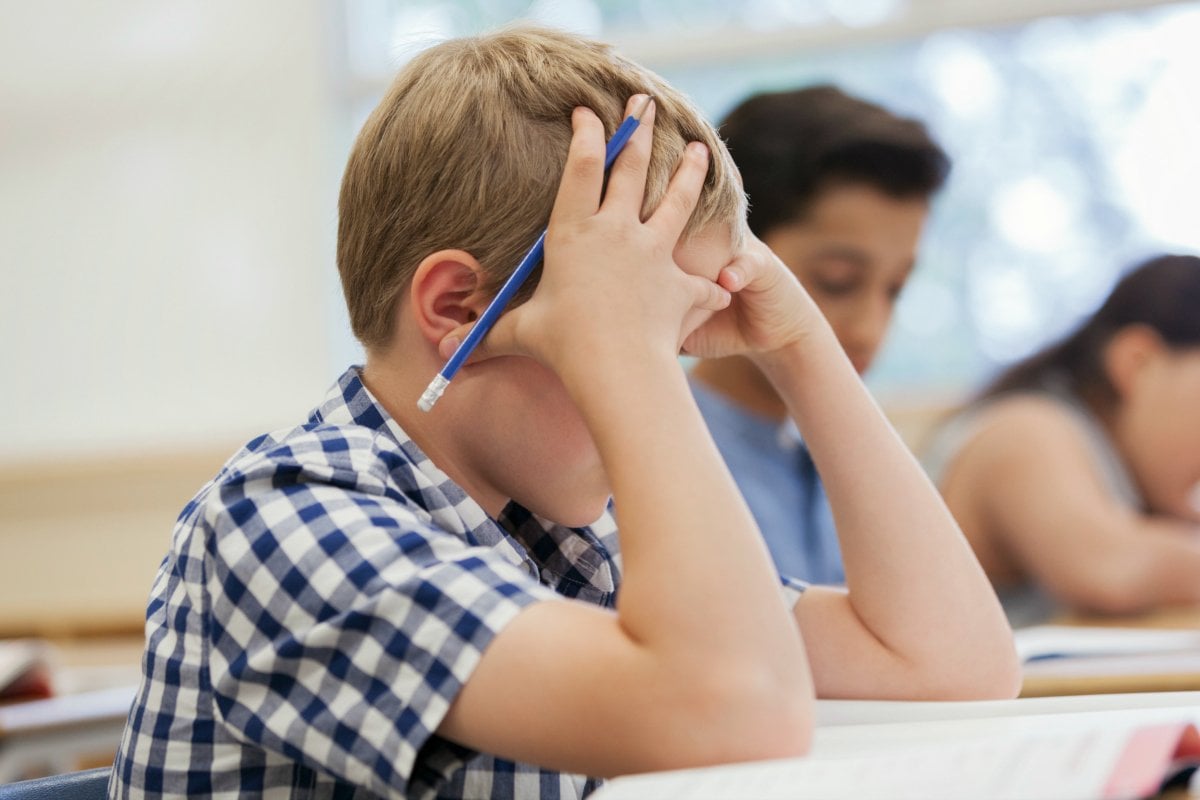 Throughout his early childhood, Louise Kuchel's son had difficulty expressing himself. He struggled to regulate his emotions and was impulsive.

At age nine, he received a diagnosis that helped explain why: ADHD.

It's the most common mental disorder among Australian children and adolescents, affecting roughly one in 13 people between the ages of 4 and 17.

Listen: The challenges and rewards of raising a child with ADHD.

Yet myths about ADHD persist. Some of which are harmful to those who live with the disorder and their loved ones.

Reducing stigma surrounding the diagnosis is a big part of the reason Louise helped establish the group Parents for ADHD Advocacy Australia.

With October being ADHD Awareness Month, Louise spoke to Mamamia's parenting podcast, This Glorious Mess, to break down the most common myths and misconceptions.

The name ADHD has influenced assumptions that all those who live with the disorder are hyperactive. But that's not true.

People with ADHD can display a variety of symptoms, and hyperactive behaviours are only some of them.

Likewise, some people with ADHD have the ability to pay intense attention to a task they enjoy.

"My son, for example, he has a very, very keen interest in editing film, and he can sit and do that for literally half a day without stopping," Louise said.

The inattentive form of ADHD was previously referred to as Attention Deficit Disorder (ADD), but that term is now considered outdated.

Myth 2: ADHD is the result of poor parenting.

ADHD is not a product of the way a child is raised.

Instead, researchers believe that ADHD results from a complicated interaction of several genes. It is usually hereditary, although there is evidence that certain environmental factors may play a role — for example, if the diagnosed person's mother smoked or consumed alcohol during pregnancy.

There is no evidence, however, that it's caused by too much screen time, a poor diet, too much sugar, psychological trauma, or a lack of discipline.

"Nothing could be further from the truth," Louise said. "If you're a parent of a child ADHD, you know that disciplining that child will only make things worse — and we learned this the hard way.

"When your child is behaving in a way that you would normally see as being rude and disrespectful, they're just escalated — they are not understanding how to deal with what's happening to them at that time. And they need your compassion and composure and calm. And you see — if you do approach it that way — that the child changes."

Stimulant medication, such as Ritalin or Vyvanse, remains the most common and effective way of treating the symptoms of ADHD.

Yet false comparisons to the recreational drug 'speed' have fuelled stigma about the treatment.

The Royal Children's Hospital Melbourne notes that it's "probably the most highly researched of any medication prescribed for children", does not contain the same ingredients as speed and is not addictive in the doses used to treat the disorder.

As for the impact on later substance abuse: the most comprehensive study on the topic found there isn't one. The researchers from the University of California Los Angeles concluded that children with ADHD who take medications such as Ritalin are at no greater risk of using alcohol, marijuana, nicotine or cocaine later in life than those with ADHD who don't take these medications.

More than three-quarters of children diagnosed with ADHD continue to experience symptoms as adolescents and adults. Those symptoms may change over time.

That has been true for Louise's son, who is now 13.

"When he was younger he was much more obviously hyperactive," she said. "Whereas now, his hyperactivity may be more inside his head."

Myth 5: People with ADHD aren't likely to be successful in life.

Accessing effective treatment is key. Without it, people with ADHD can be at greater risk of anti-social behaviour, anxiety and depression, and have a higher risk of experiencing relationship, workplace and financial difficulties, according to ADHD Australia.

Thanks to the right treatment and support, Louise said her son is doing really well.

"The key thing that really helps him is to build a connection with him, to have composure and an understanding when parenting him and accept that he has these challenges," she said. "But he also has many, many strengths that we can remind him of and build his self-esteem.

"What we really seriously noticed that has happened, in our case, is that we were living in that world of 'deficit'. And now we're living in a world of difference and compassion around that. And it really changes everything."

The above is general information only and should not be substituted for personalised medical advice. For diagnosis and treatment options, please visit your GP.