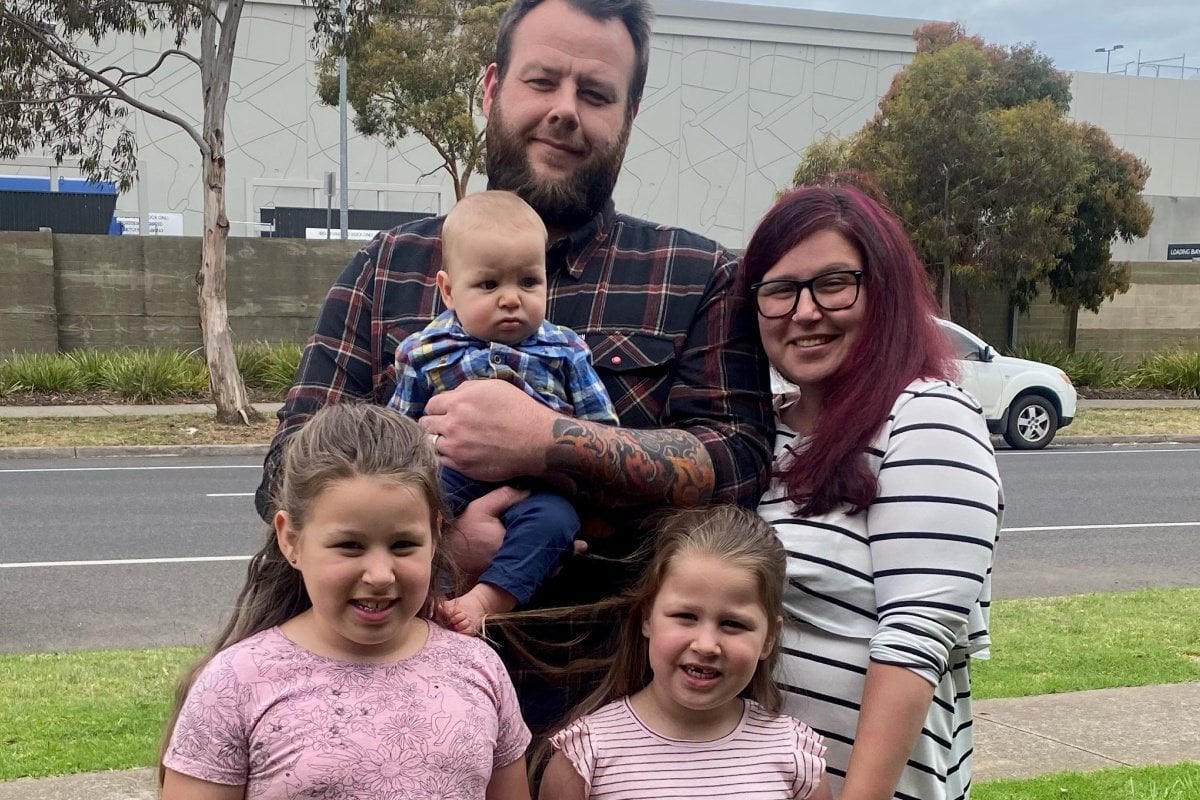 Kate Page is a loud, spontaneous and fun mum.

The kind of mum who will wake up in the morning, pop the kids in the car and take them on an adventure because she loves a last-minute plan.

But despite her outward 'life of the party' confidence, Kate is a mum riddled with self doubt. And every day she compares herself to the other mums at the school-gate, silently repeating the mantra in her head: 'You'll never be as good as them, though.'

It's an inner monologue she's had forever because as she explained to Mamamia, "if you're told something enough you believe that yourself."

Kate has attention deficit hyperactivity disorder (ADHD). But she was only diagnosed at the age of 19 after years of feeling "different" and being told by teachers that she was just 'lazy' and 'distracting her classmates' and 'too loud.'

But that behaviour wasn't a choice, which is something she only learnt after multiple traumatic experiences with ignorant and uninformed teachers, that have gone on to shape her self worth and feelings of perpetually feeling "not good enough."

"I was always comparing myself," Kate told Mamamia. "I would look at [my friends] and go, she can sit there and read for half an hour, why am I looking around the room, picking laminate off the tables? Or why have I been moved again? Why is my draft so messy? Why can't I meet the deadline? Why am I getting in trouble again?"

While ADHD in children is becoming more recognised, especially in girls who often present differently to their male peers, Kate says amongst the adults of her generation there's still a big taboo.

"The stigma still exists. For children the stigma is slowly dropping away because it's more widely recognised and there's acceptance that you can still do these amazing things. But when we were young that spectrum, that understanding, wasn't there. So now as an adult it's still a stigma to stand up and say 'I have ADHD', because everyone in our age bracket and older is like 'well everyone has a little bit of ADHD', or 'are you just hyperactive? Is that your excuse for being forgetful?'"

"I am the mum that's up at 11pm at night trying to make sure their uniforms are dry. I am the mum sending Jamie [my husband] out to get bread at 1am because I forgot we have no bread. I am the mum who forget its icy-pole day at school even though I've set three reminders in my phone and there's a note on the fridge," she told Mamamia. 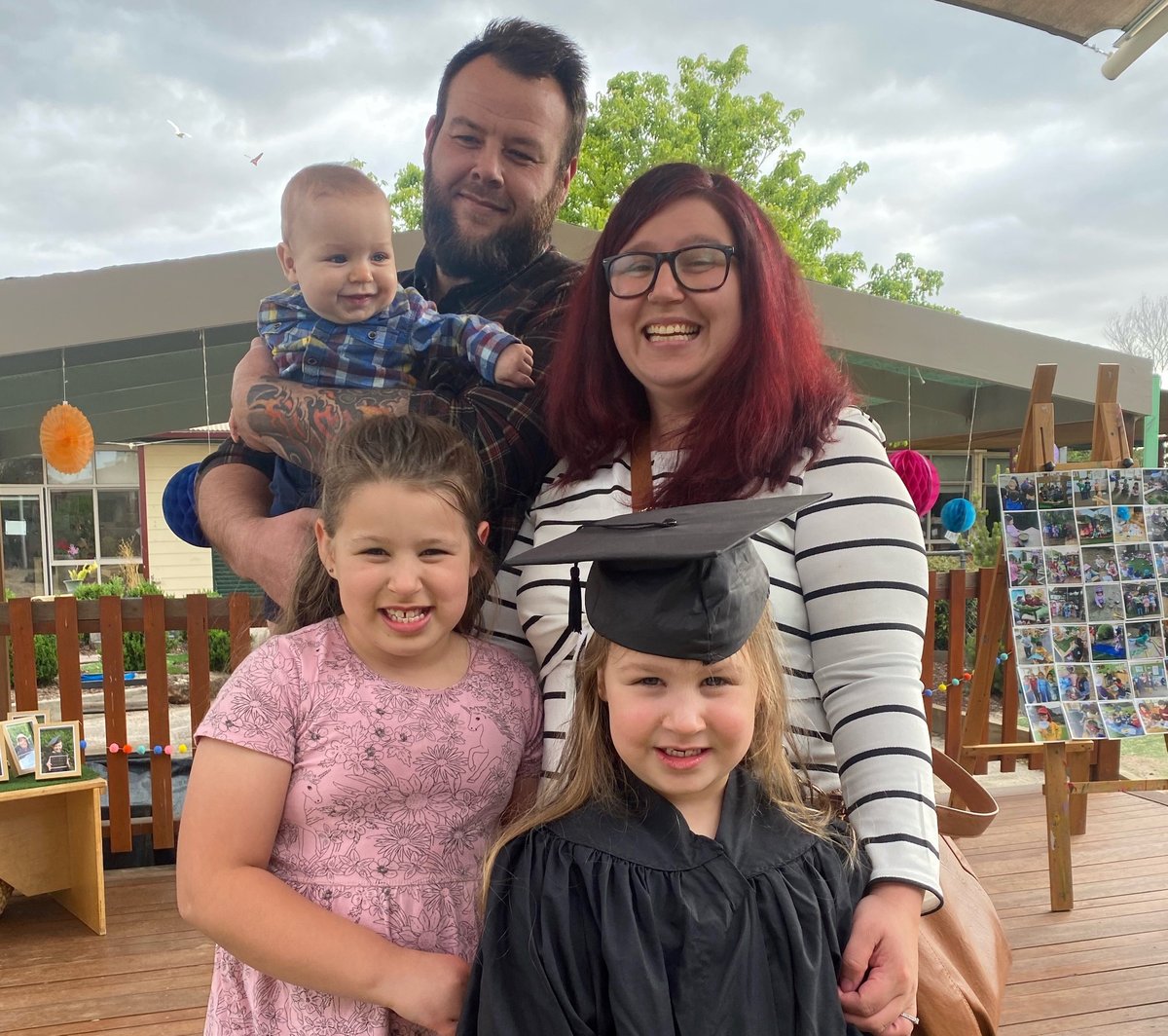 "It's just a constant cycle for me where I feel like I am letting them down which is really difficult. I say to them [my kids], 'I am sorry you know what I am like guys, you have to remind me otherwise I forget'. I see the disappointment on their face when I've forgotten again, or I've lost track of time, which I have a very poor concept of."

When she was first diagnosed, Kate tried medication. But after three months she found herself back in her psychiatrist's office telling him: "I kinda don't like who I am anymore."

"I was always able to start a conversation with a brick wall if I had too, and make people laugh, perform, create, and bring people out of themselves. I wasn't getting enjoyment out of writing and music and creativity anymore. All the Kate vanished from Kate, and I was kind of boring," she said.

But support for adults with ADHD is limited.

"There's some support out there... but it's mixed in with the support for kids. There are ADHD coaches but there's not very many and they're expensive. ADHD doesn't qualify for NDIS funding," said Kate.

When Kate's middle daughter Adeline, five, was also diagnosed with the disorder, the 34-year-old said she felt broken.

"It was a big blow. We had the conversation with her in age-appropriate terms because she is already saying things to me like 'why can't I just be like everyone else? I am the worst in the family,' because she can't control her behaviour. It breaks my heart to see her like that because I know it so well. Something I can bring to her that I never had is advocacy.

"I can bring her an understanding that she is loved no matter who she is or how she comes. She is not judged in the home and if she is judged outside the home, we will always be there to remind her that she is beautiful and she is fine. No one ever told me I was fine the way I was," Kate shared.

Even though Kate struggles with parenting three kids and living with ADHD, she knows her self-doubt and her fear of being "a bit much" for the other mums at the school-gate, is more often than linked to the "narrative she grew up with."

"It's hard to stop the broken record playing in your mind," she said. "I spent my whole life being told sit still, sit up straight, stop talking, stop being dramatic, stop being lazy."

Despite the hardships that come with parenting with ADHD, Kate's disorder also allows her to parent with a laughter and spontaneity that her kids adore. And she has found ways to get around her disorganisation and time management struggles by emboldening her kids in the planning of their day. She writes up a timetable every night that her children rely on, and remind her of.

"I want another person reading this at home to look at me and see, wow, she's a mum with three kids, she's got a job and a career and she went to university. Perhaps that can be a kind of bridge then for them finding the support they need," Kate told Mamamia.

Kate was a guest on Insight this week, you can catch up on the episode on Adult ADHD on SBS OnDemand.