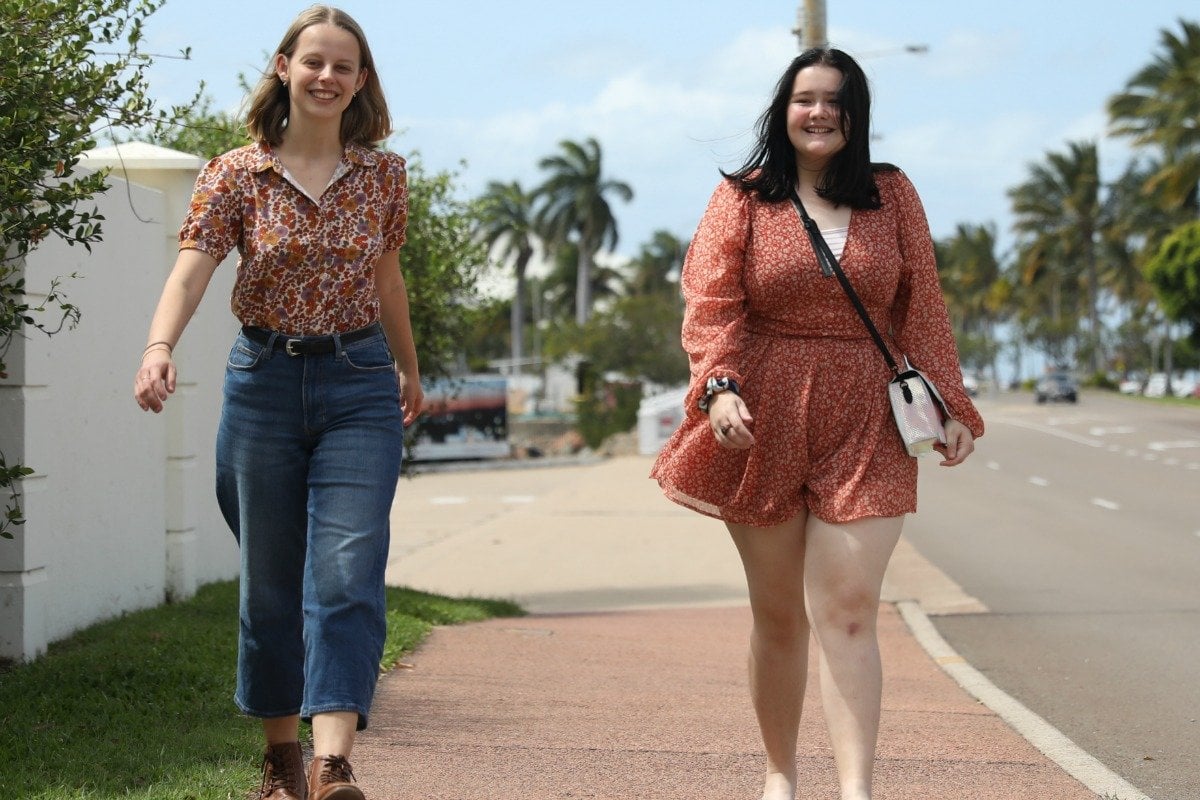 In 2019, Brooklyn O'Hearn's hometown of Townsville experienced one of its worst ever natural disasters.

Brooklyn's home was very close to going under, and as she told Mamamia, "it was a tough time, and I don't want to see things like that happening threefold in the future."

That disaster lit a fire in the now 17-year-old, who has found herself fielding media calls from her school library in between her 2020 Year 12 exams, as she makes a legal bid to stop the approval of Adani's Carmichael mine and railway project in her beloved home state. 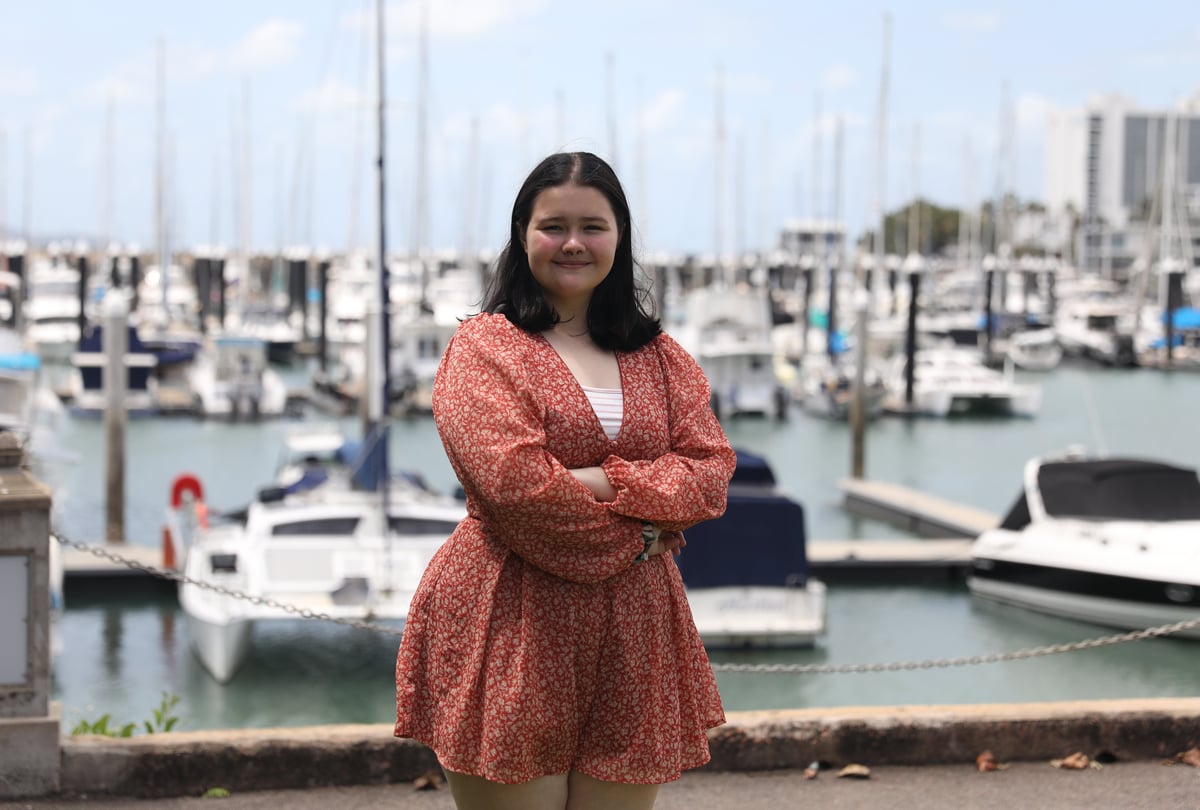 Brooklyn O'Hearn is currently doing her Year 12 exams, all while taking legal action against the government for the sake of the planet. Image: Supplied.

Alongside her is 19-year-old Cairns resident Claire Galvin, who Brooklyn met at the youth group School Strike 4 Climate last year. Together, they're determined to do whatever it takes to make the government listen.

"We are just fed up," Brooklyn told Mamamia. "We've been the ones having to deal with the consequences of our politician's actions. Since we've grown, you know, we've seen the worst of it. And that's not even the worst that's coming. As a generation we're so passionate about our future. We are fed up having these people who will not be the ones that have to face the consequences, making the decisions that are putting our future at risk."

So on October 22, 2020, Claire and Brooklyn had their lawyer send a last-ditch attempt to Federal Environment Minister Sussan Ley, to challenge the thermal coal mine under construction in the Galilee Basin in Central Queensland, which has been approved by the Queensland and federal governments.

Watch: The younger generation have long been vocal about Adani.

Once operational, it has approval to extract up to 60 million tonnes of coal a year, and as Brooklyn explains, their main concern is the carbon budget.

"The evidence that we've commissioned has shown emissions from the mine will take up 3.3 per cent of the world's remaining 'carbon budget', which is really, really massive."

"These young community leaders have provided the minister with independent evidence from climate and economic experts that finds the proposed mine would increase global greenhouse gas emissions and have a significant impact on the Great Barrier Reef," a statement from Environmental Justice Australia, the law firm representing Claire and Brooklyn, reads.

"This new and robust evidence contradicts reasoning by former Federal Environment Minister Greg Hunt when he approved the mine in 2015," it continues.

If you could do with some hope and inspiration today, please join us this evening to meet our clients and hear more about their request to Minister Ley to revoke the #Adani coal mine approval to protect the #GreatBarrierReef.
You can register here - https://t.co/ebOhABG1hL https://t.co/lzieEfJ6Ft

At the time, Mr Hunt had said he couldn't form a robust conclusion about whether the mine would contribute to global warming, but the girls are saying - backed by several climate experts - that we now have definitive proof that that's simply not true.

The world has been warned that global warming will likely rise to 1.5 °C above pre-industrial levels between 2030 and 2052 if warming continues to increase at the current rate, and the Queensland teenagers are terrified about the "catastrophic" effect that will have on the environment, particularly on the Reef which is one of the most complex natural ecosystems in the world.

Mining is the largest single contributor to the Queensland economy and coal is the state's biggest export which is why the mine is such an issue of contention. Brooklyn's own stepfather works at a local mine, and has talked about getting a job at Adani once it's up and running.

But Brooklyn says they've come to an understanding to accept eachother's views. While Brooklyn understands her stepfather's need for a job, he understands her desire to make sure the Great Barrier Reef exists beyond her lifetime.

The teenagers are currently waiting on a response from Minster Ley, and their lawyers are getting ready to request a reply if one doesn't arrive promptly.

Brooklyn says they aren't afraid of further legal action and will take the government to court, if the answer they get isn't sufficient. 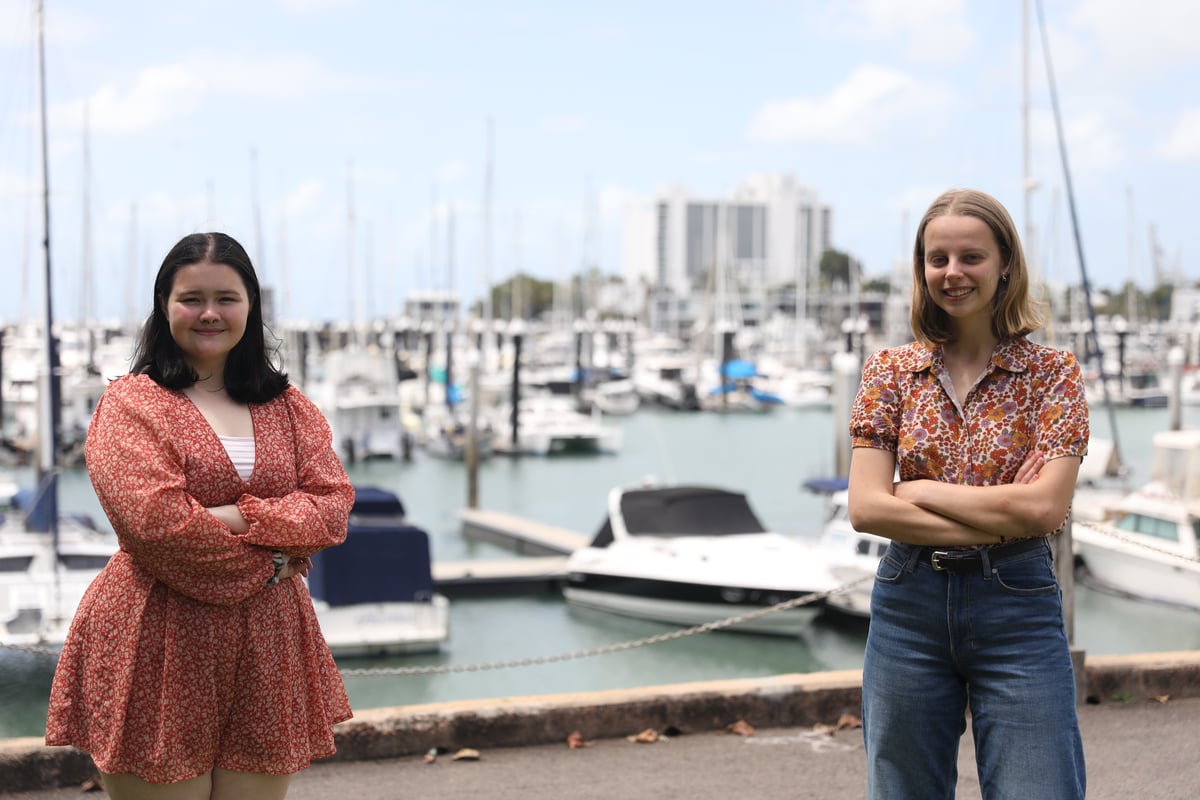 Brooklyn and Claire are prepared to take the government to court. Image: Supplied.

So while Brooklyn studies for her last two Year 12 exams, she has a message for the Morrison government as they await word on their legal plight;

"If Claire and I can do our homework on coal mines and on climate change and on the effects that it can have, then I think it's only fair that our prime minister and his government should be able to do that as well."