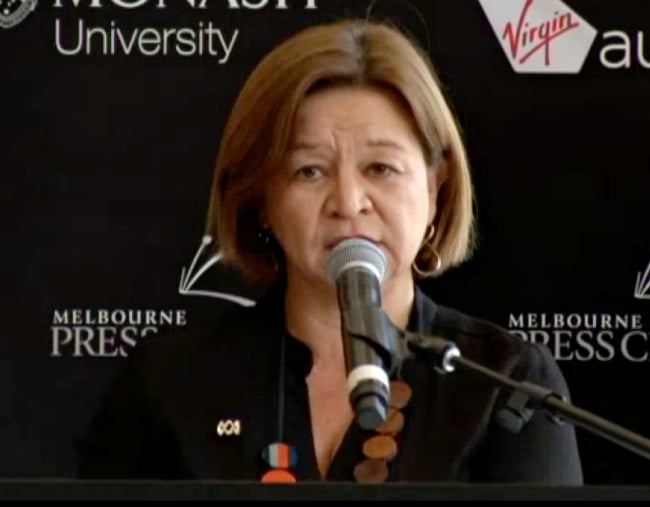 ABC managing director Michelle Guthrie has been sacked effective immediately because it was “not in the best interests” of the broadcaster for her to stay in the job.

Board chairman Justin Milne said the transition to a new leader could be disruptive but discussions had been under way for several months.

“Directors resolved that it was not in the best interests of the ABC for Ms Guthrie to continue to lead the organisation,” he said in a statement on Monday.

“We understand that transitions can be disruptive in the short-term.

“However, the ABC is fortunate to have an experienced and capable executive team that will provide continuity in the months ahead.”

Ms Guthrie, a former Foxtel and Google executive and media lawyer, has been a controversial figure at the ABC as she managed tighter budgets along with leading expansion into new business areas.

Wow. Email from ABC Chairman Justin Milne advising staff that Michelle Guthrie has been stood down as Managing Director, halfway through her term. pic.twitter.com/cL2HAojSta

David Anderson, a 30-year veteran of the ABC, will be acting managing director while a formal search process involving internal and external candidates begins.

“In resolving to seek fresh leadership, the board’s foremost consideration was the long-term interests of our own people and the millions of Australians who engage with ABC content every week,” Mr Milne said.

In an email sent to ABC staff, Mr Milne said “a change in leadership does not mean a change in strategy”.

“We appreciate that a change in leadership creates uncertainty, however, we are firmly of the view that this decision is in the best interests of the organisation,” Mr Milne’s email said.

“The government thanks Michelle Guthrie and acknowledges her service as managing director of the ABC for the past two-and-a-half years in what is a challenging and rapidly changing media environment,” Senator Fifield said.

“ABC managing directors are appointed by the board.

“The ABC board has legislated independence in relation to management appointments and the government respects the duty and role of the board in these matters.”

Ms Guthrie was announced as the new managing director in December 2015, and she began in the role in May 2016.

Well, as Ms Guthrie is an ex-employee of the Murdochs at a very high level, that eliminates any possible conflicts of interest.

Wonder if we need to be concerned about Stephen Rue, News' ex-CFO being appointed as the new CEO of the NBN in August?

Must be sexism then.