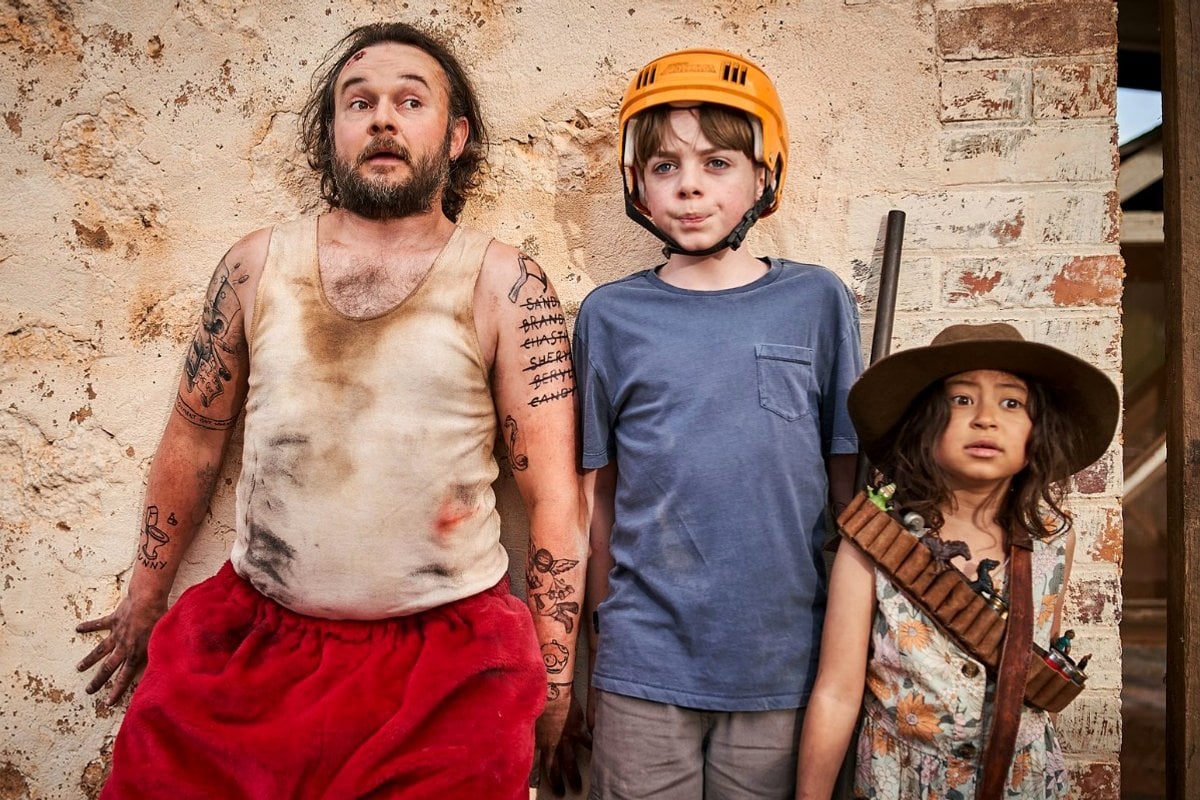 Christmas movies hold a special place in our hearts, but if you grew up in Australia, chances are your holidays never looked quite like the ones on screen.

Despite the fact that Christmas in Australia calls for a dash under the backyard sprinklers, a cold lunch and beach towel, the movies we grew up watching more often than not featured snow, cosy knit jumpers and mugs filled with something called "Eggnog".

Traditional Christmas movies have also always had more of a focus on traditional families. Two parents, two to three children and a massive home where for some reason they enjoy three courses for every meal and no one seems to do the washing up.

But this year, all that is about to change thanks to a brand new entry to the Christmas Movies universe, one with a distinctly Australian twist.

Watch the trailer for new Stan Original Film A Sunburnt Christmas below. Post continues after video.

New Stan Original Film, A Sunburnt Christmas, will premiere exclusively on Stan on December 11 – just in time for Christmas.

Their lives get a little bit of a shakeup when Daryl (Daniel Henshall from Stan's Bloom), a runaway criminal dressed as Santa Claus, crashes into their property and becomes a part of their lives.

In a twist of cute Christmas storytelling, Daryl is mistaken for the real Santa by the youngest of the kids, Daisy (Lena Nankivell). 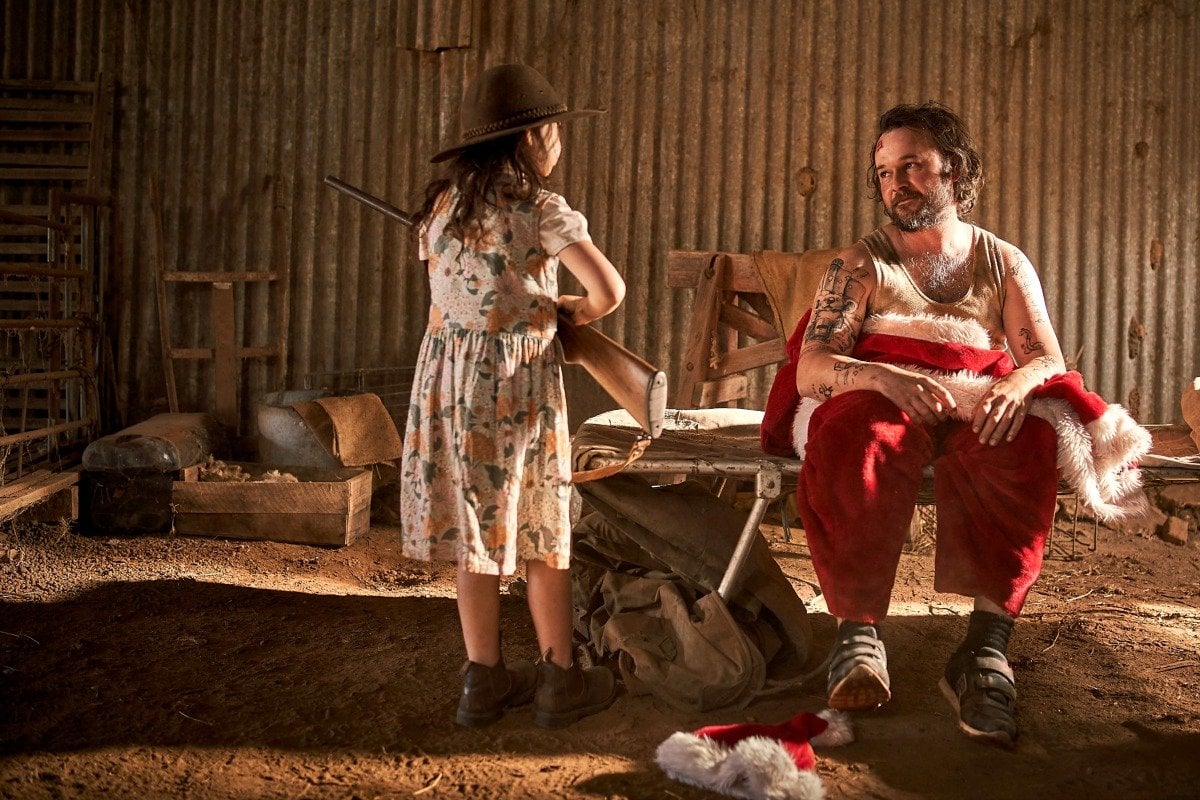 Lena Nankivell and Daniel Henshall in A Sunburnt Christmas. Image: Stan.  Directed by Christiaan Van Vuuren (known for Bondi Hipsters and Stan's The Other Guy) A Sunburnt Christmas is a family comedy about a single mum and her kids who are living on an outback farm and going through a rough moment in their lives.

Also in the mix are Daisy's older siblings Tom (Eaden McGuinness) a very anxious child and her wily teenage sister Hazel (Tatiana Goode) who sees Daryl's unexpected arrival as an opportunity to get her troubled family back on track.

Of course, it wouldn't be a true family Christmas movie without a vengeful criminal in the mix (I'm looking at you, Home Alone) so the kids must also contend with Dingo (Sullivan Stapleton from Ride Like A Girl) a mobster on the hunt for Santa Claus/Daryl. 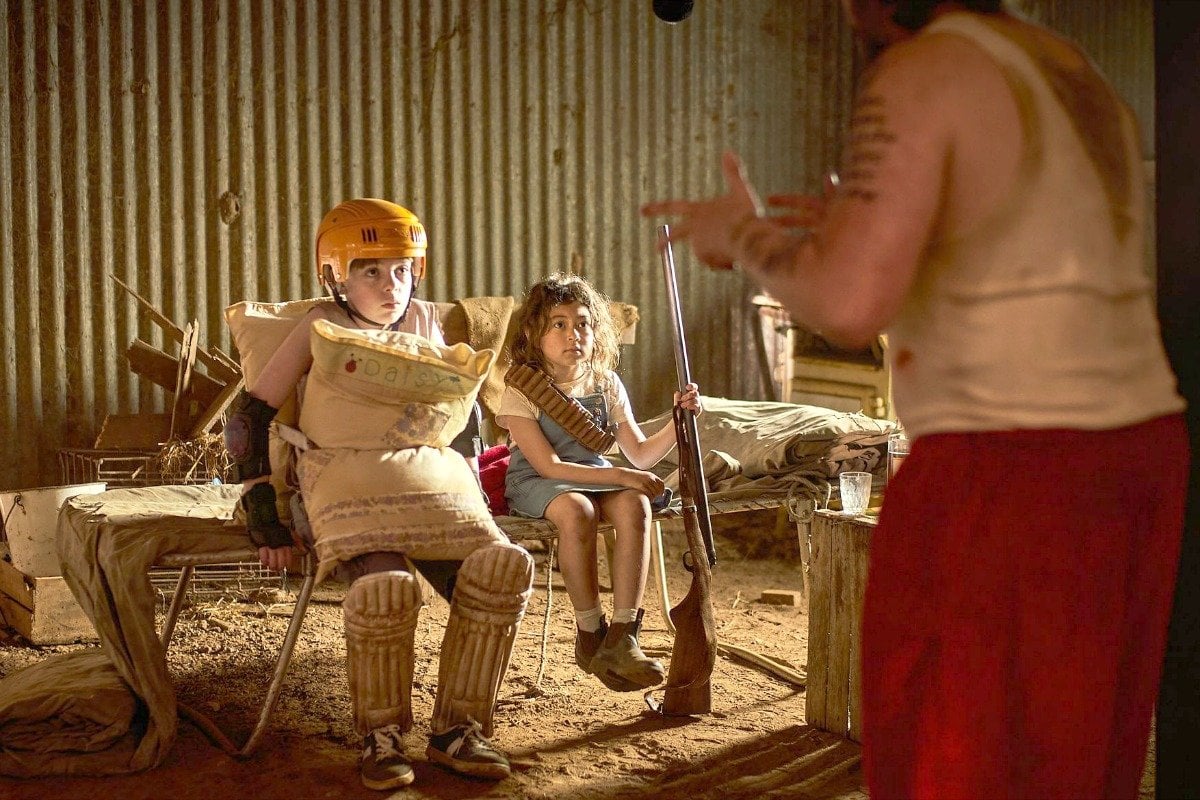 Not only is the production of A Sunburnt Christmas good news for the Australian film industry, which has endured a number of setbacks this year due to the COVID-19 pandemic, but it is also a welcome reminder that during the festive period we all deserve a little bit of joy in our lives.

"I'm absolutely stoked to be working at all this year, let alone on a production as special as this with so many talented eggs," A Sunburnt Christmas  director Christiaan Van Vuuren told Mamamia via a statement. "I hope this movie is a Christmas present to all Australians after such a hard year."

A Sunburnt Christmas is a major production investment from Screen Australia in association with Stan and financed with assistance from the South Australian Film.